Given so many Aussies have a history with Ford, it’s no surprise there’d be something amongst the 1,200 vehicles on show at this year’s All Ford Day in Victoria to take you down memory lane. The JUST CARS crew are guessing more than a few of you have fond memories of Aussie panel vans, like this ’78 Escort Sundowner. 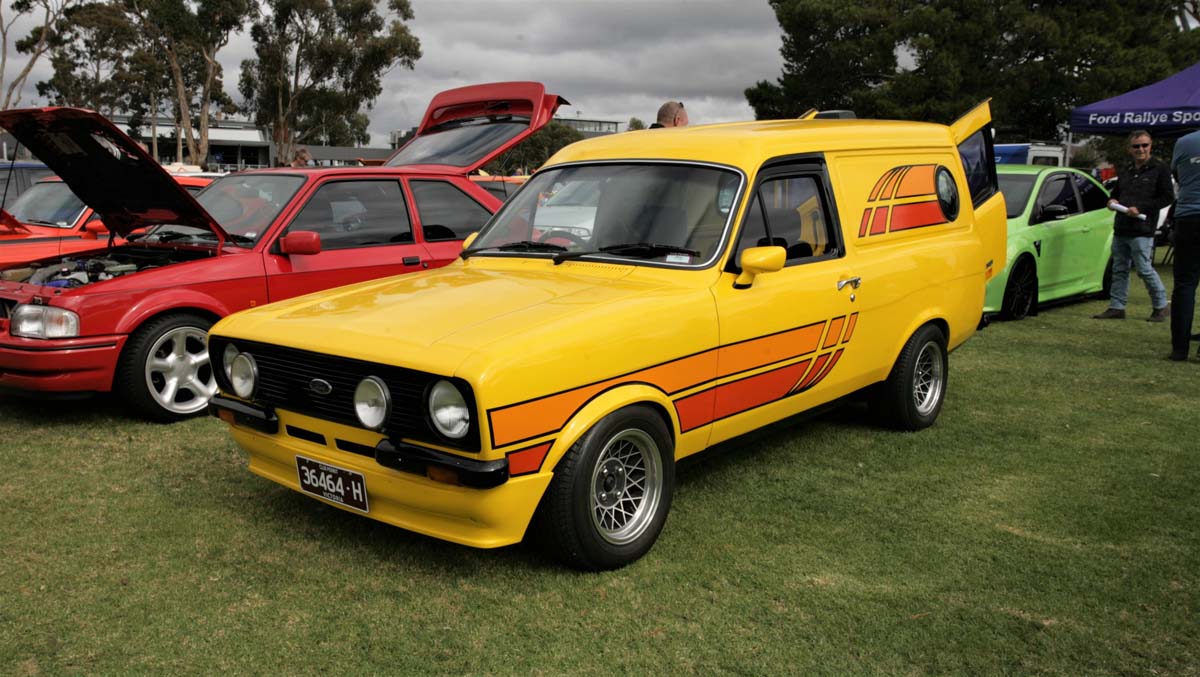 In the same vein as the Falcon Sundowner that preceded it, the Escort Sundowner was pitched as a “lifestyle” van, fuelled by the sun, surf ‘n’ sex scene of the late 1970s. Released in early 1978 and based on the MkII Escort van, standard features on the Sundowner included sports wheels, auxiliary driving lights and sports exterior mirrors. Looks were king in the recreational panel van market, so funky stripes and side bubble windows were also standard, along with an even funkier choice of colours. 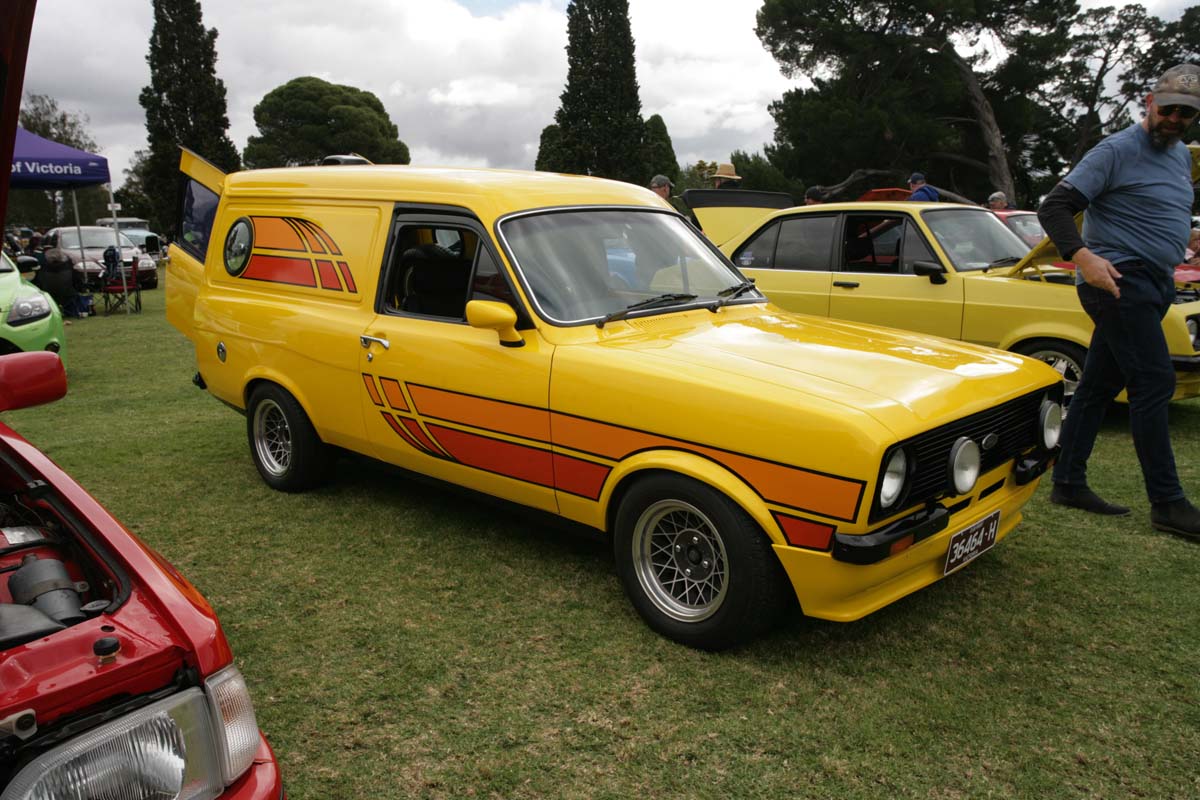 On display with the Ford Rallye Sport Owners’ Club, this example was a standout amongst the small Fords and, aside from the Hotwire-style mags and a very nicely integrated front spoiler, appeared to be close to stock. 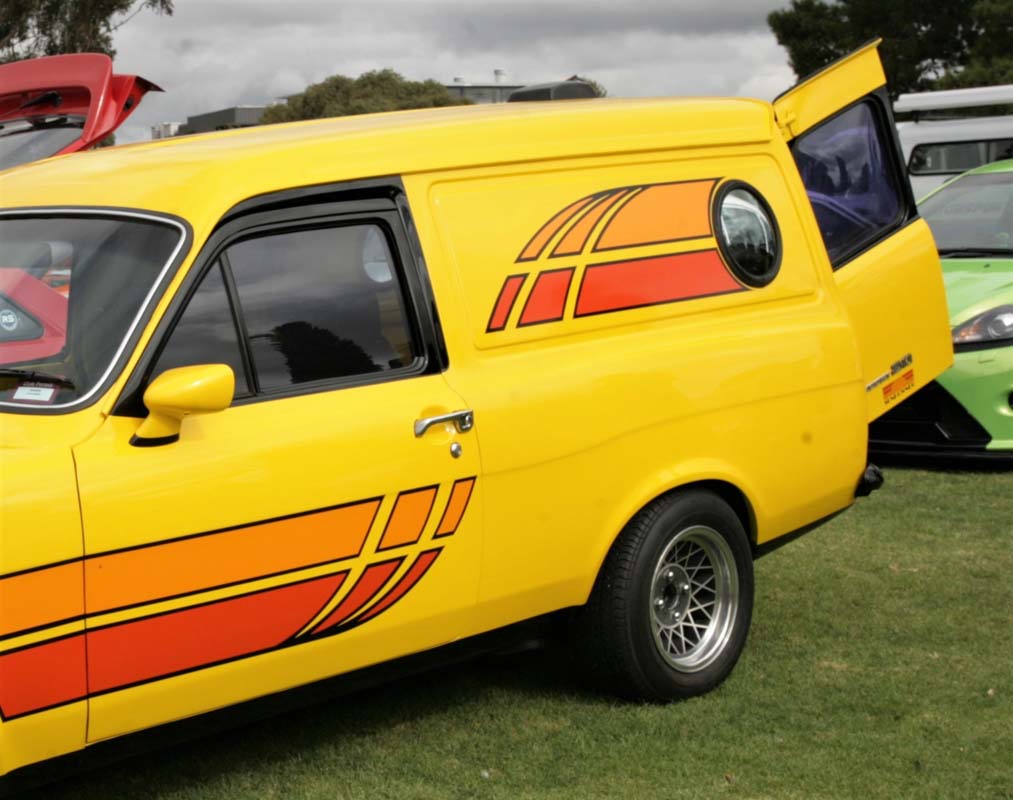 In the rear, this example was not equipped to full ‘shaggin’ wagon’ spec, with just the full length headliner, cargo space light and interior release for the rear barn doors, which were all standard on these vehicles when new. 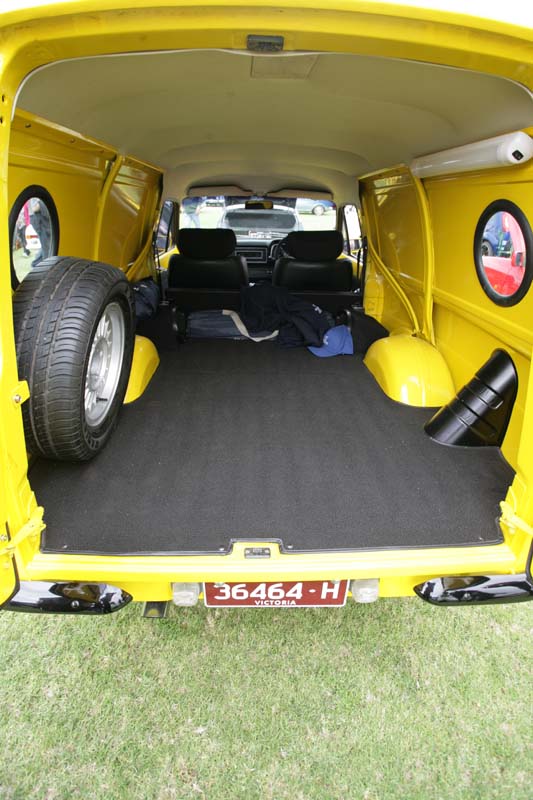 Unfortunately, we didn’t get a look under the bonnet, but if the near-stock spec was carried through to the running gear, it would have been running a 1.6-litre four-cylinder engine, matched to a four-speed manual transmission. However, 2.0-litre engines and a three-speed auto were available from 1979 until the Escort Sundowner’s demise in 1982. 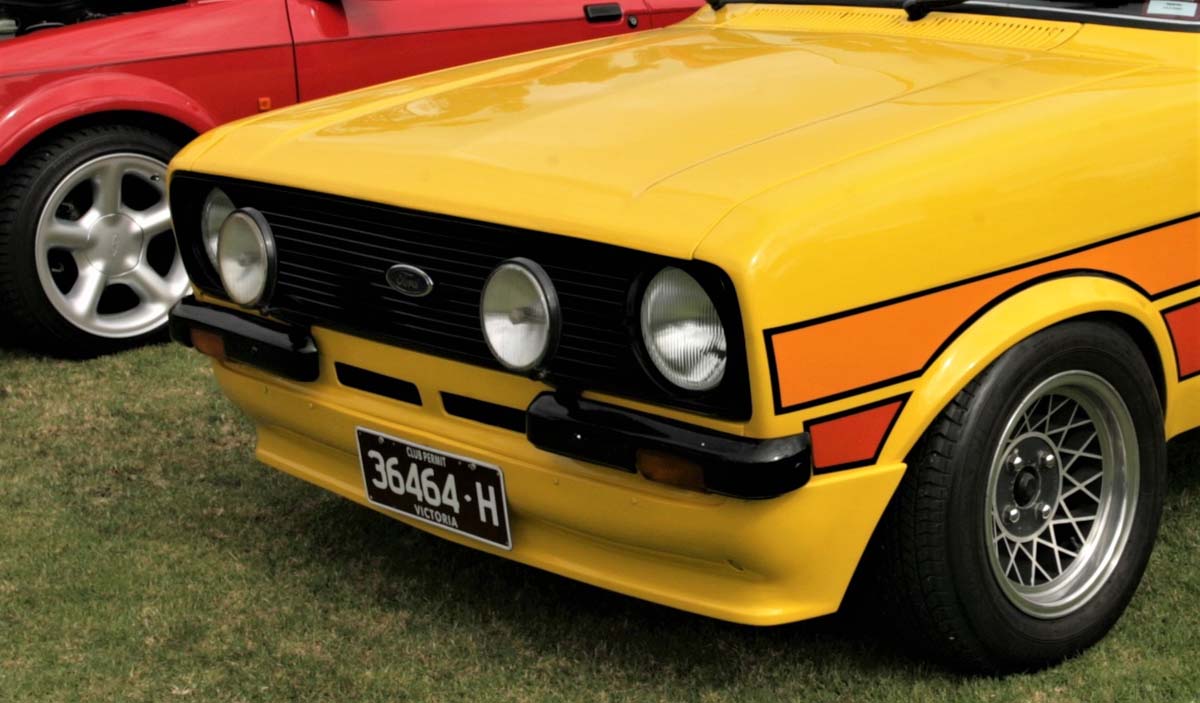