With a full house of 1,200 vehicles entered for the 2021 All Ford Day, it was hard to pick a favourite, but this drag racing-inspired Falcon bus was one of the vehicles that caught the eye of the JUST CARS crew. 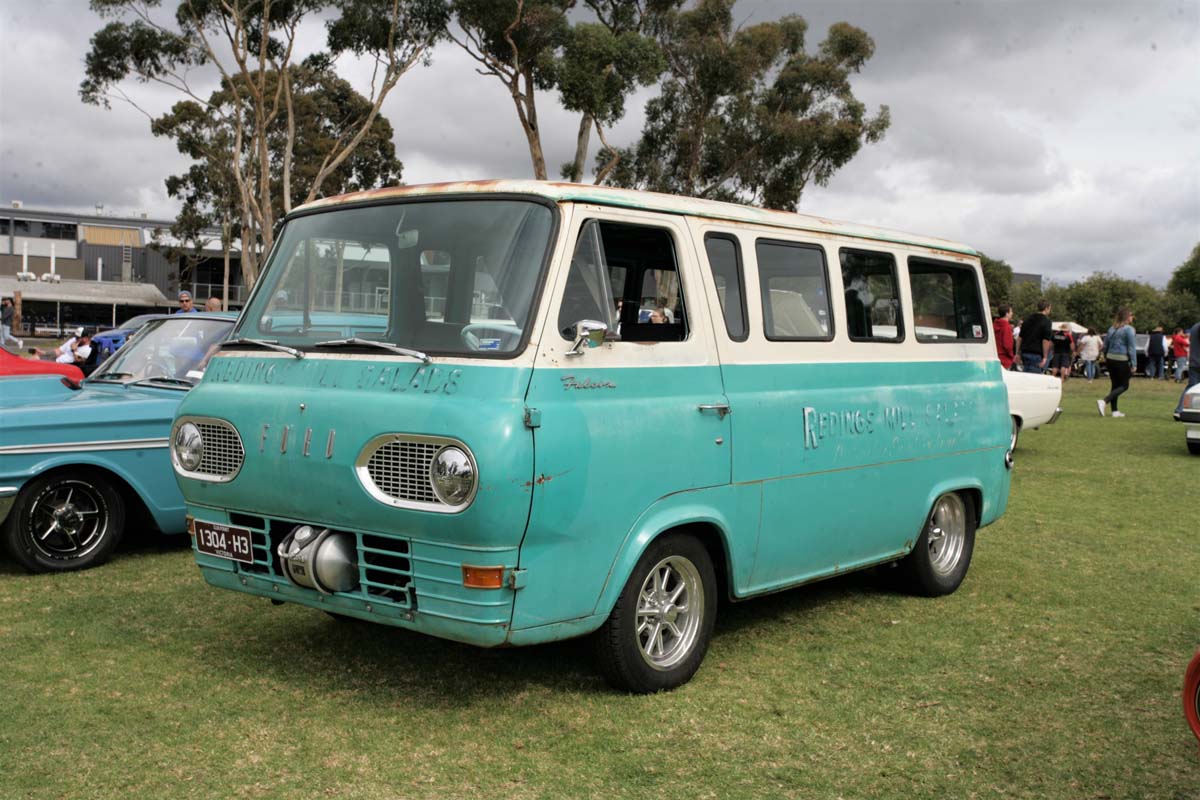 It’s great to see something different at a car show and they don’t get much more different than this C1963 Falcon Club Wagon, although it’s possibly the lower-spec ‘Station Bus’ variant.

Regardless, this is a Falcon, even though the Econoline name that was applied to vans of the same shape is better known 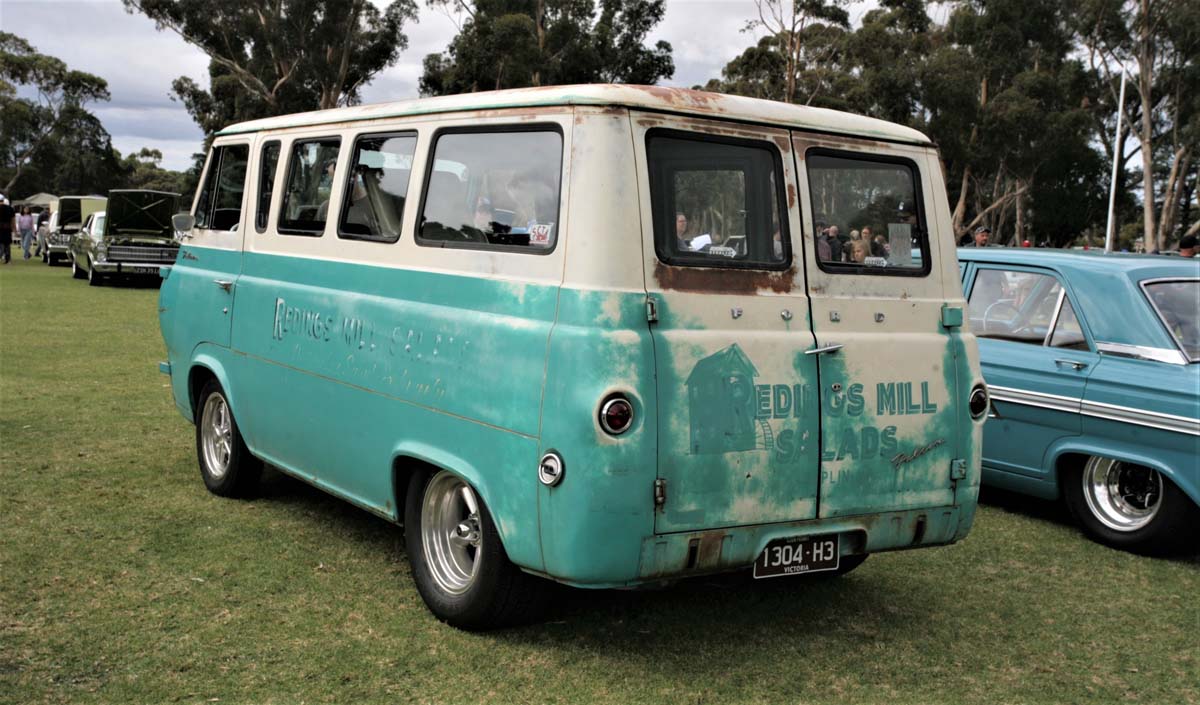 Like the VW Transporter that inspired it, the Club Wagon’s forward control configuration maximised interior space, which could hold up to eight passengers or 204 cubic feet of cargo. 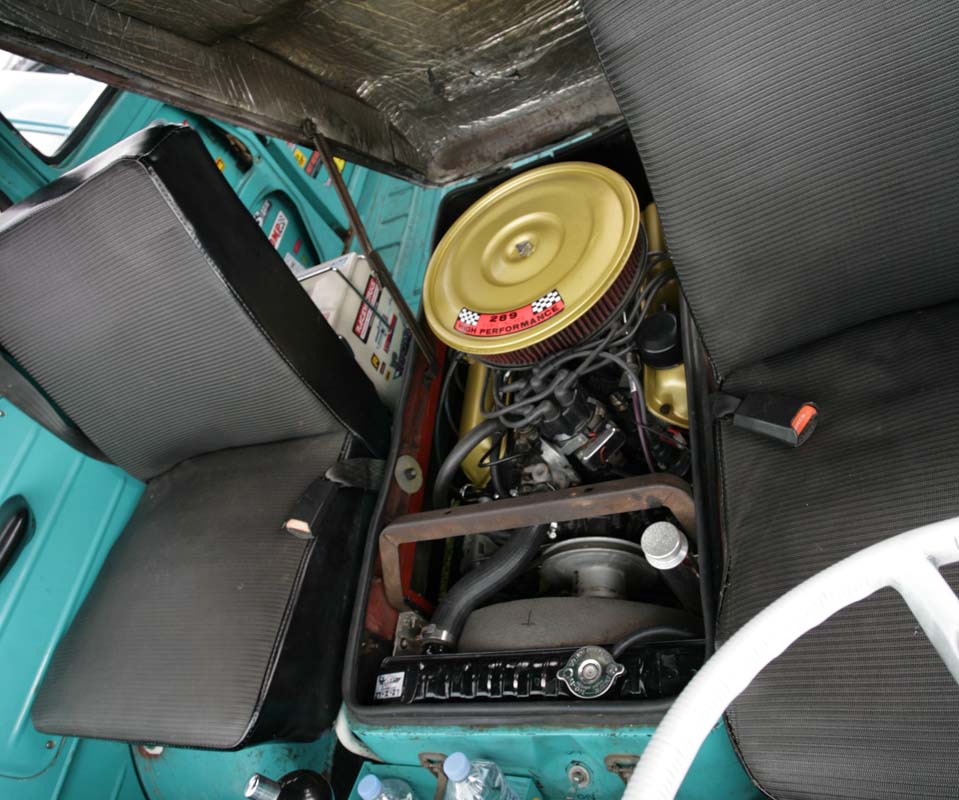 This one’s been modified, presumably with drag racing in mind, as there’s a Mooneyes front fuel tank, Rocket ‘Launcher’ wheels on the front and American Racing classic 5-spokers on fat rubber at the rear. Power comes from a 289 V8, which is a real squeeze in the doghouse between the front seats that was only ever intended for an inline six-cylinder engine. 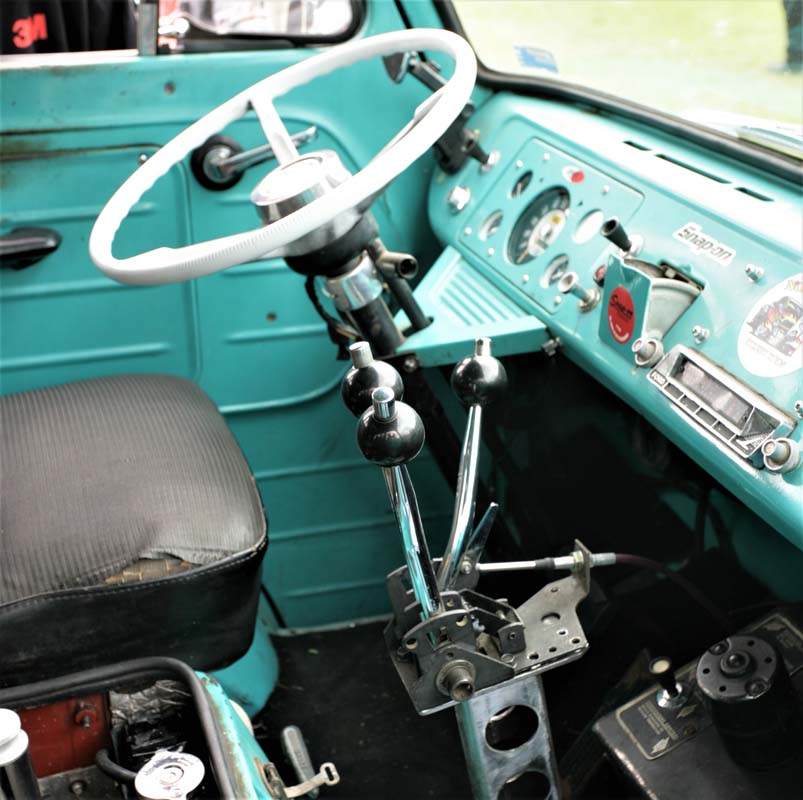 Of more interest are the Hurst Lightning Rods shifters. Developed from drag racing and briefly offered on some GM cars in the mid-1980s, Lightning Rods were a cluster of three sticks that allowed manualised shifting of an auto transmission. A rare sight these days, Lightning Rods are even rarer on a Ford. 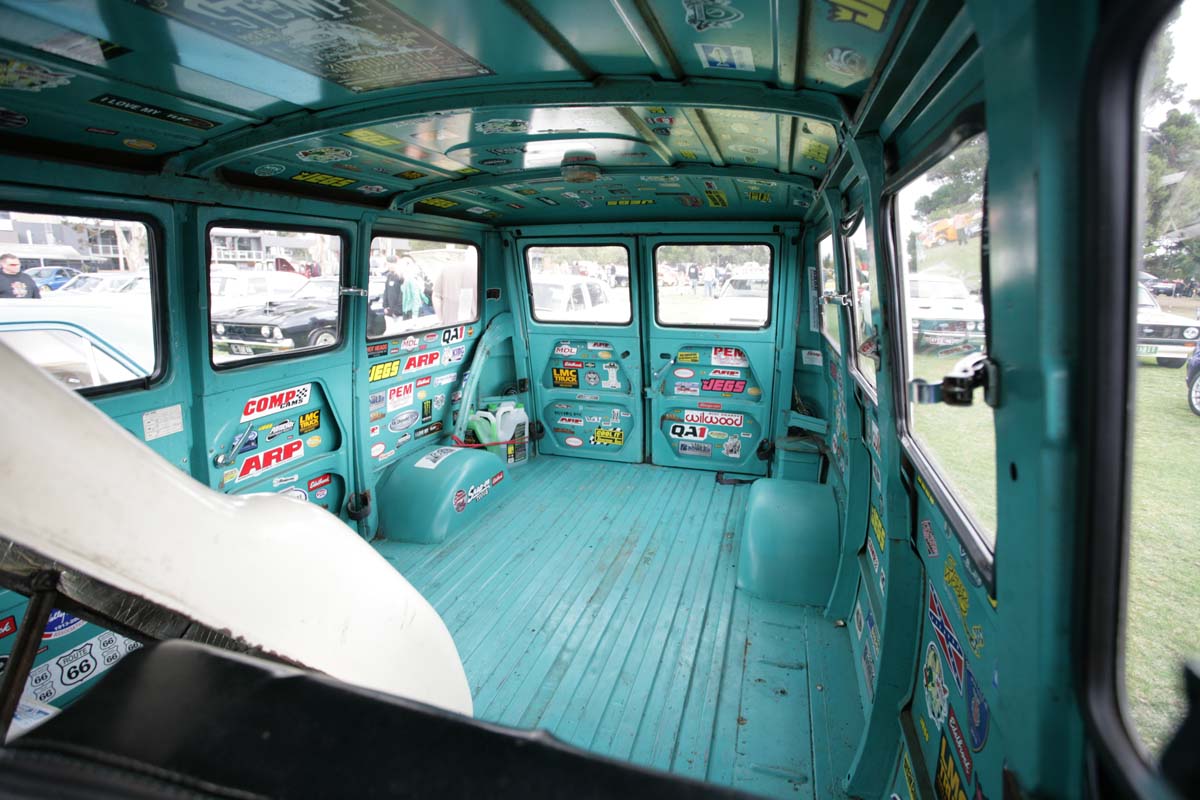