With 1,200 vehicles on show at the 2021 All Ford Day in Victoria, there was something to appeal to Ford fans of all persuasions. The JUST CARS crew picked out some of their favourites from this year’s event, including this FPV GT-P. 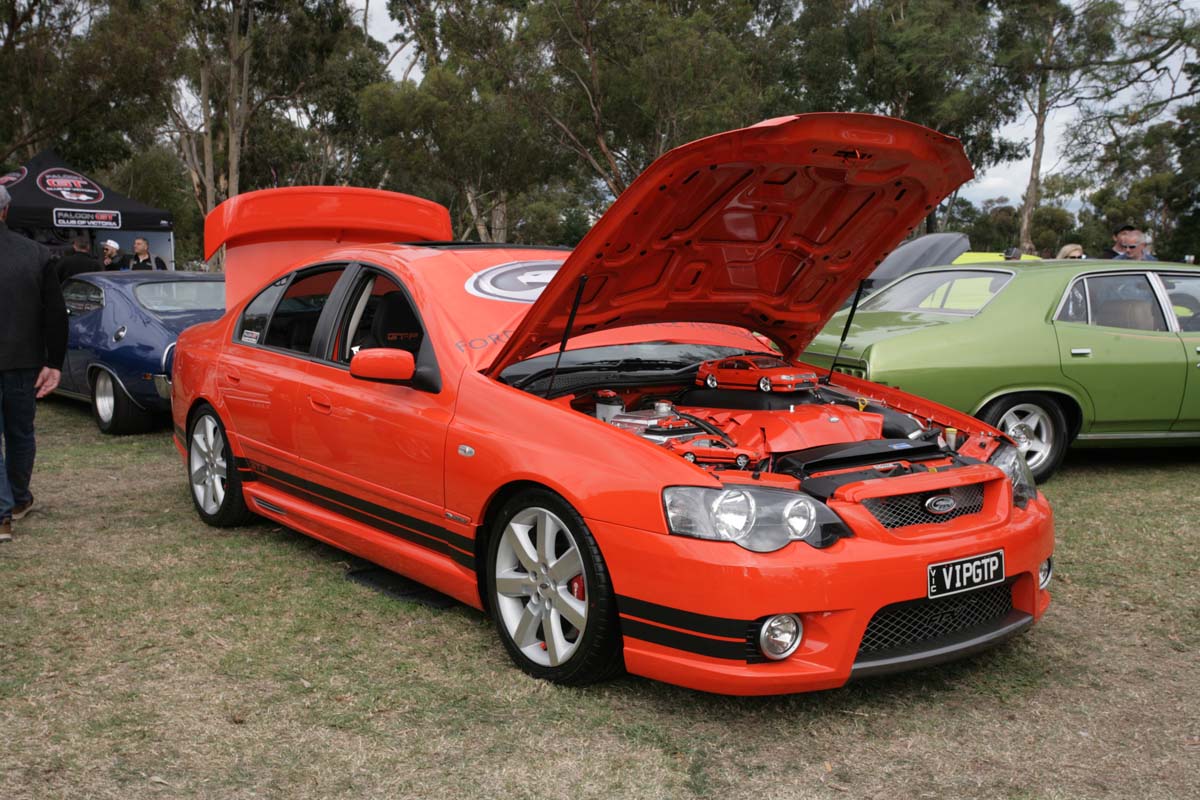 Ford/FPV fans will correct us if we’re wrong, but based on the bodykit, side trim, 7-spoke wheels and striping, this GT-P appears to be a Series 1 BA in Blood Orange, with a contrasting rear fascia panel and satin silver upper and lower grille mesh. 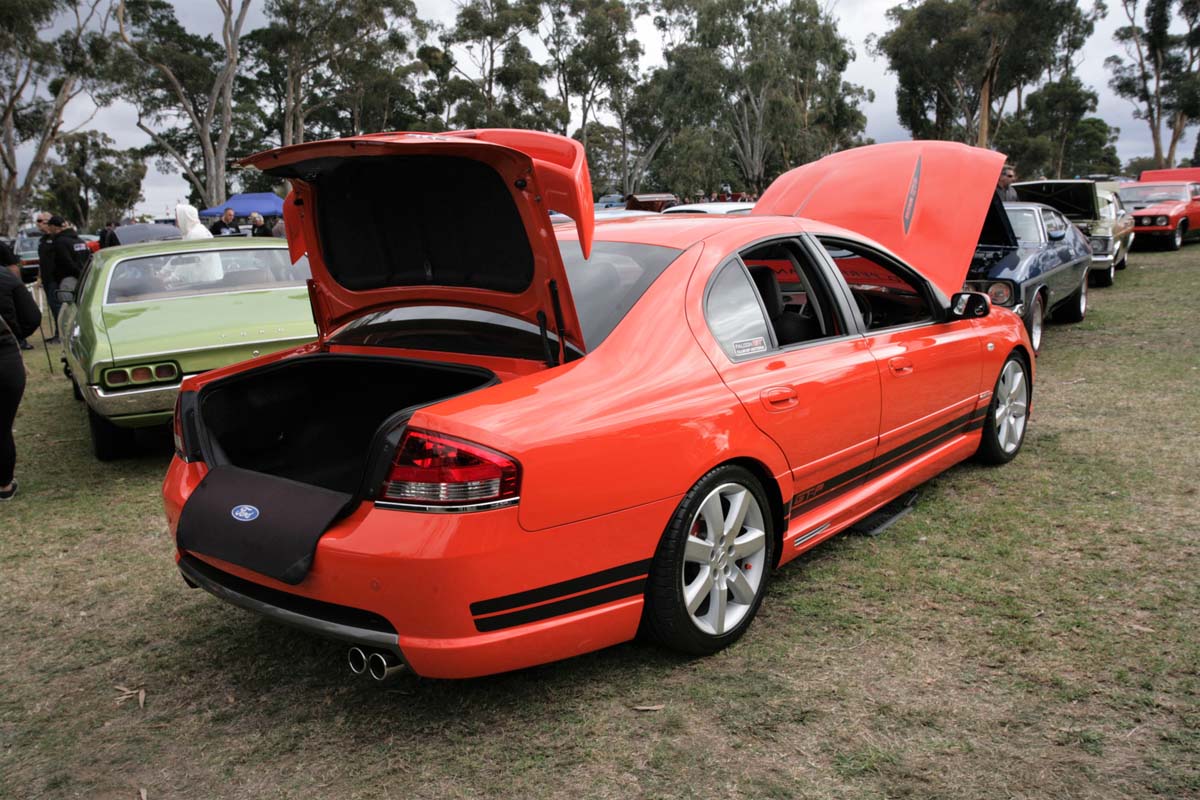 In the engine bay, there’s a fair bit going on, not least of which are all the scale versions of the car in the same colour as the 1:1 version! A cold air intake, PWR expansion tank, custom engine cover and some other dress-up parts are the obvious additions, but it’s unknown if the 5.4-litre ‘Boss 290’ V8 carries any internal mods as well. 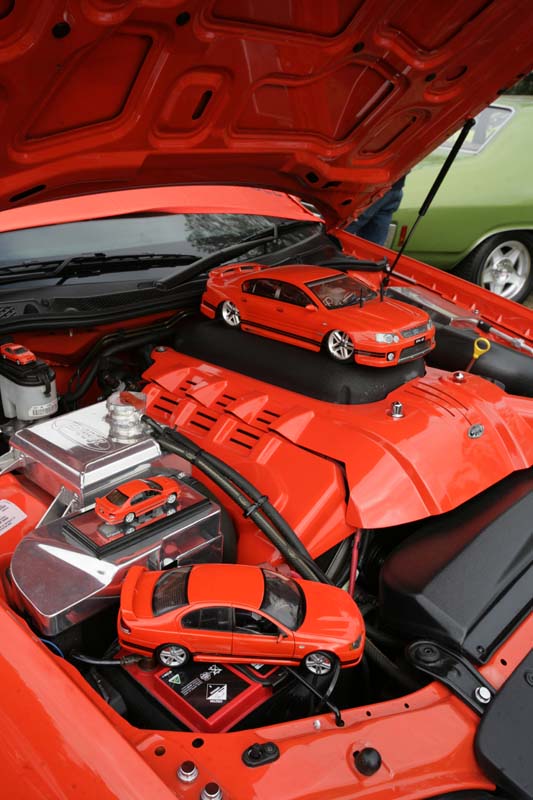 Inside this well cared for GT-P, it’s all pretty much stock, with the leather and suede seats front and rear (a factory option over cloth and suede) wearing ‘GT-P’ embroidery in the headrests. 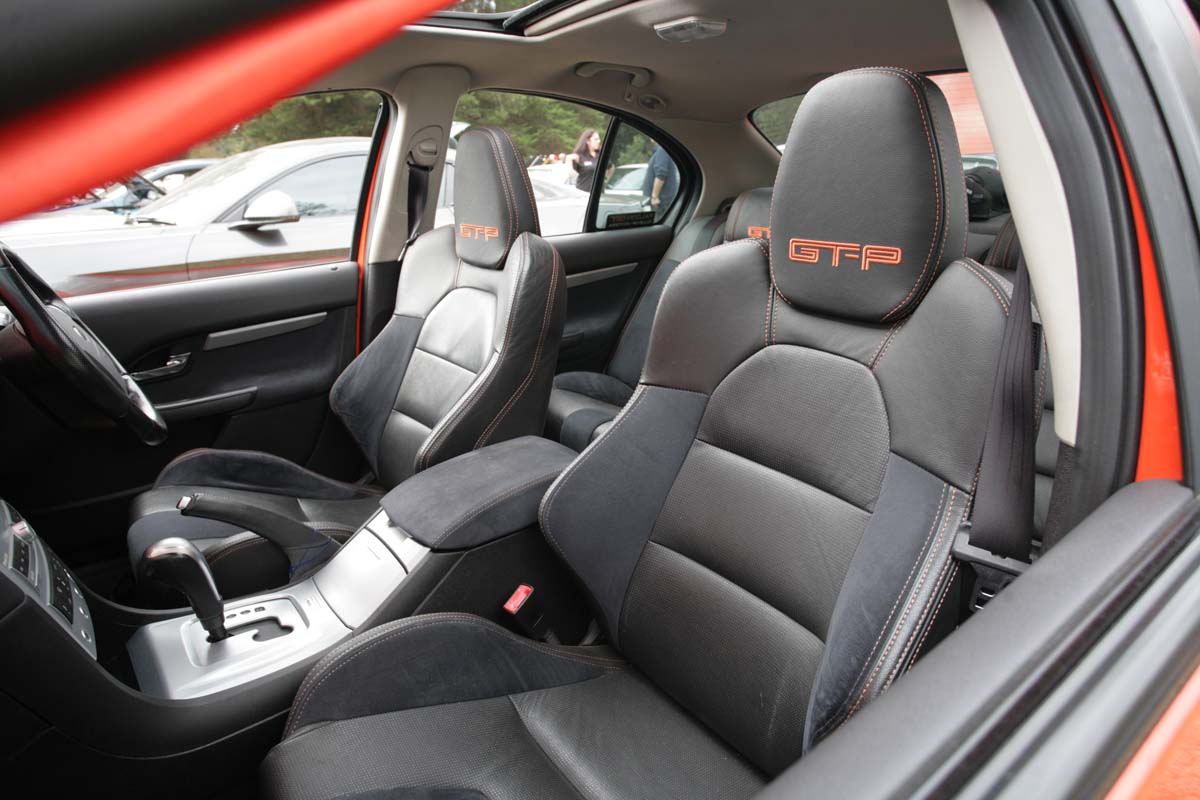 There’s a sunroof on this example, too, while an analogue clock on the centre console was a curious addition that would be swapped out for auxiliary gauges on some of the FPV GT variants that followed 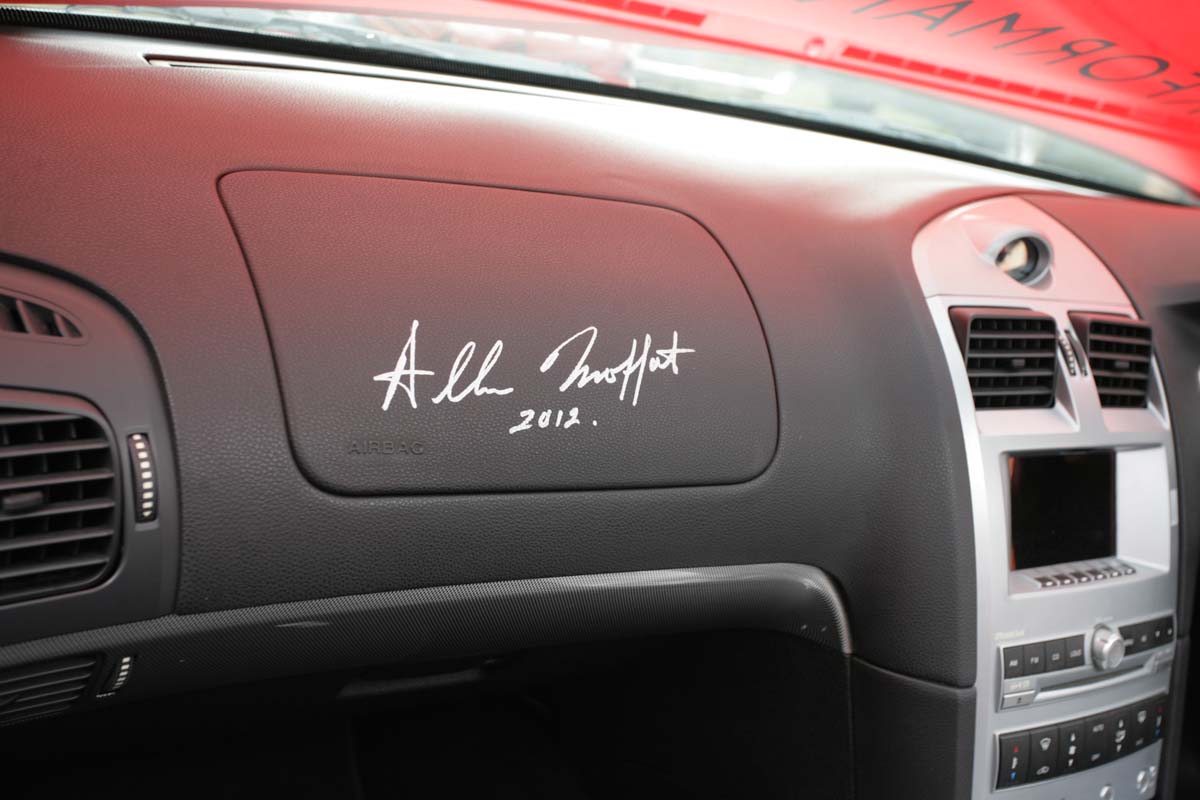 There was a lot to like about this GT-P, but perhaps its coolest feature was Allan Moffat’s signature on the glovebox lid. That’s got to add to this car’s value in the future, right? 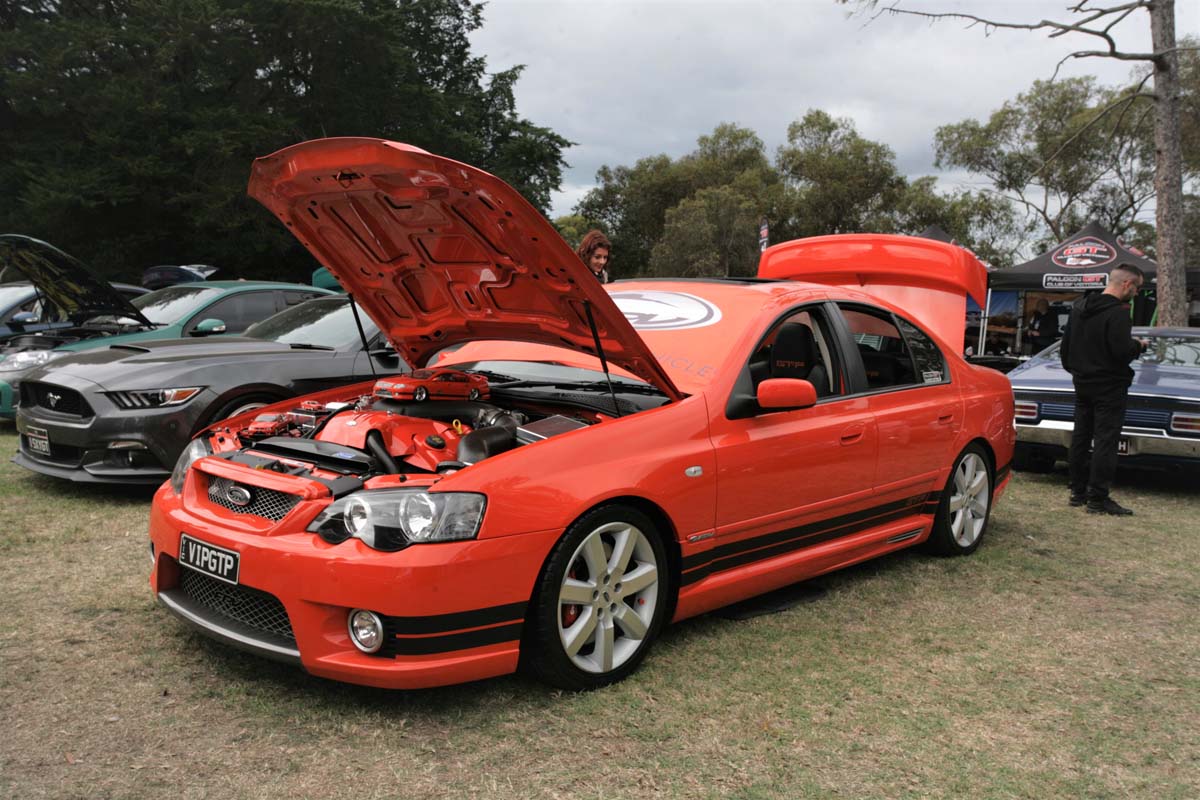