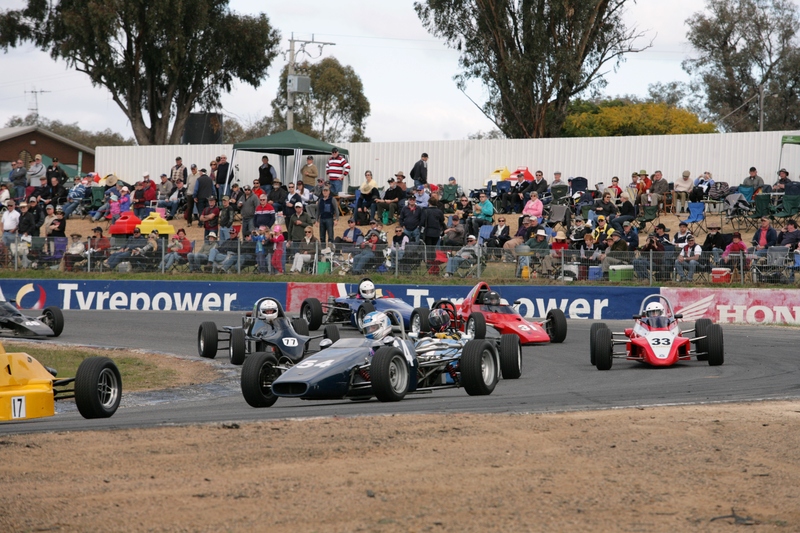 Conducted over the weekend of May 25 - 26 by the Austin 7 Club Inc., assisted by the Historic Motorcycle Racing Association of Victoria (HMRAV), this year's 37th Historic Winton was conducted without one of the stalwarts of the event in Mick Ronke, the CEO of Winton Motor Raceway, who passed away on April 30.

The good turnout of fans were treated to some tight on-track battles, a selection of well-patronised trade stalls, an extensive parade of display and invited vehicles on the Sunday, as well as a big display car paddock that held more than a few rare and interesting gems - everything from Packards and Monaros to Corvettes, Vauxhalls, Minervas and Wolseleys.

Amongst the Group M & O open wheelers, the most attention was reserved for Maxwell Pearson's 1968 Mildren Waggott. Originally built by Alec Mildren using Brabham BT23C components, this year's Historic Winton marked one of the rare appearances for this Queensland-based machine. The 1971 Australian GP and Gold Star winner was keenly followed each time it went out on the track, especially in the final race where it was running with a noticeably bent rear wing. All three M & O races proved to be a battle of the Elfins, with Richard Carter (1966 Elfin Mono) winning two, and Laurie Bennett (Elfin 600) claiming victory in the third.

In Group J & K, the over 1500cc K class cars dominated early, with Peter Wilson in the '53 Ford V8 Special winning Saturday's Douglas Briese Trophy race. Michael Shearer (1930 Ford Model A Special) finished second in that race, but triumphed in Sunday's Lou Molina Trophy, while Rob Rowe notched up a win for the under 1500cc K cars with a win in the third race - the Col. Arthur Waite Trophy. Andrew Cannon's Bugatti 37A was top Group J finisher in the first two races, with Mal Reid, having a crack in his Sulman Singer, outpacing Steen Pedersen's Salmson GP in the Waite Trophy. This class was well represented, with interstate entries from SA, ACT, NSW, Tasmania and Queensland filling the grid.

In Group N Division One, Gary Edwards was similarly dominant, but not behind the wheel of a Mini Cooper! Edwards' 1972 GTR XU1 Torana had to fend off the swarming Mini Coopers of Henry Draper and Jason Armstrong in each Div Two race, but claimed victory each time, with Darren Smith also flying the flag for the bigger cars. Smith barged his '71 Falcon XY GT to a third place finish in the second Div Two hitout, and a pair of fourths in the other races. Brent Trengrove's '64 Mustang also helped split the Mini-heavy field in this class.

In the Group Sa/Sb/Sc, it was something of a 'David v Goliath' battle, where the MG Midget of Damien Meyer and Austin Healey Sprite of Troy Ryan were locked in battle against Ross Jackson's mighty DeTomaso Pantera. While Jackson had the edge on the straights, the 'Spridgets' proved too nimble through the corners, outpacing the Pantera on each occasion. The podium was the same in all three Sa/Sb/Sc stanzas: Meyer winning from Ryan and Jackson. Away from the podium, the Chevy Corvettes of Joe Di Bartolo and Ray Narkiewicz looked - and sounded - awesome on the track.

John Hickford, one of the standouts of Regularity at last year's Historic Winton, was back in his rear-engined Lancia Lambda, but only ran in Saturday's event. In a diverse filed that included Austins, MGs, Peugeots and more, Jim Thompson's 1925 Bugatti Brescia, David Shannon's Riley Donington Special and Graeme Soden's Jaguar-Mercedes Special were amongst the standouts. Stuart Brown's 1919 Dodge, aka 'The Magpie Springs Express,' was the oldest vehicle entered across all classes, and acquitted itself well, scoring a best result of fifth in the final Regularity run of the weekend.

Away from the racing, Sunday's parade of invited and anniversary vehicles saw an impressive number of Leyland P76 vehicles on show. In the paddock area, one even demonstrated the famous ability of the P76 boot to hold a 44 gallon drum! A Honda 1300 coupe, Alpina BMW, Opel GT and rear-engined Austin A30 were amongst the cars on display in the main paddock area, while commercial vehicles, including a pair of streamlined Ansair Flxible Clipper buses, were on show in a separate area of the outfield.

At the conclusion of the weekend, this year's Historic Winton was judged be another highly successful event.

Winton Motor Raceway lost its guiding light on April 30 with the passing of Mick Ronke, aged 66.

As a teenager, Ronke saw his father and other local enthusiasts literally carve the track out of the bush and farmland of the region 52 years ago. Ronke would then spend all his adult life working at the regional Victorian circuit.

As CEO of Winton Motor Raceway, it was Ronke's tireless efforts in promoting and improve the circuit over the past four decades that has seen it continue to be one of the top attractions in the region, as well as one of the most popular race circuits in rural Australia.

With so much of his family's - and his own - history invested in Winton, Ronke was both immensely proud and fiercely protective of the circuit, and has been regarded by many as its greatest champion. His passion for grassroots motorsport ensured events like Historic Winton, amongst others, always had a home at the Victorian circuit.

Ronke oversaw the extension of the track in 1997, creating the 3-kilometre 'long' circuit and facilities used by V8 Supercars, which has ensured Winton's survival and continued relevance in era when dedicated racetracks, especially in regional areas, have struggled.

The latest development under Ronke's direction was the addition of a hardstand area at the 'sweeper' section (aka the Winton oval), work on which had already commenced by the weekend of Historic Winton, along with improvements to the circuit's power supply.

Ronke is survived by partner Heather, and sons Matthew and Adam. JUST CARS extends its sympathies to the Ronke family and friends. 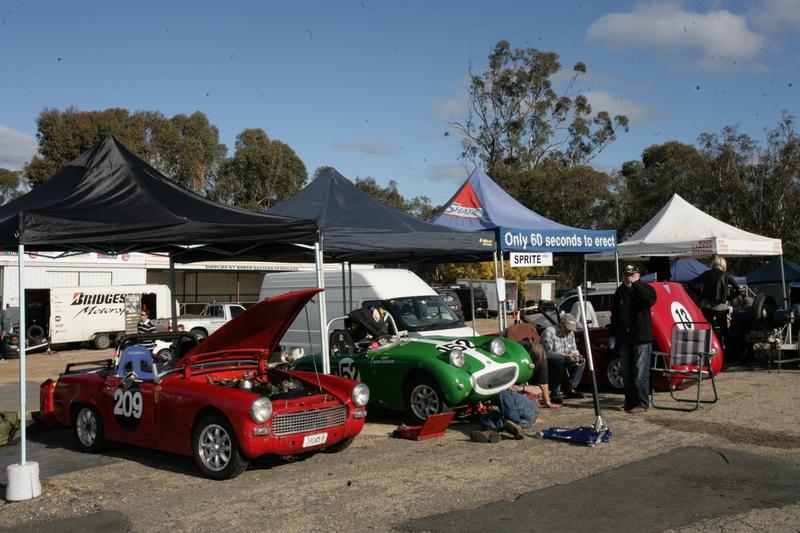 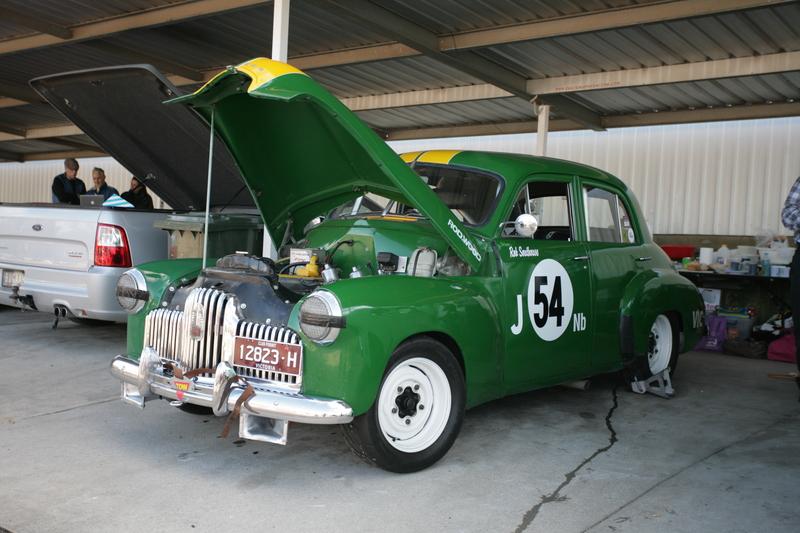 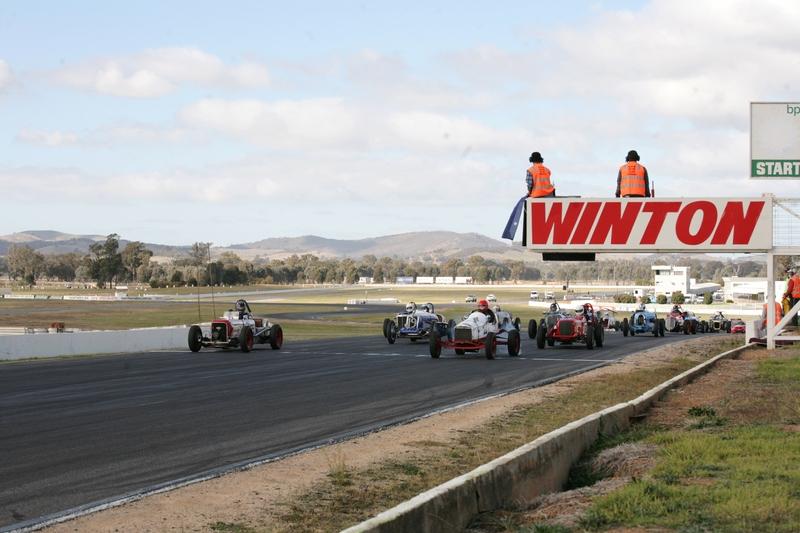 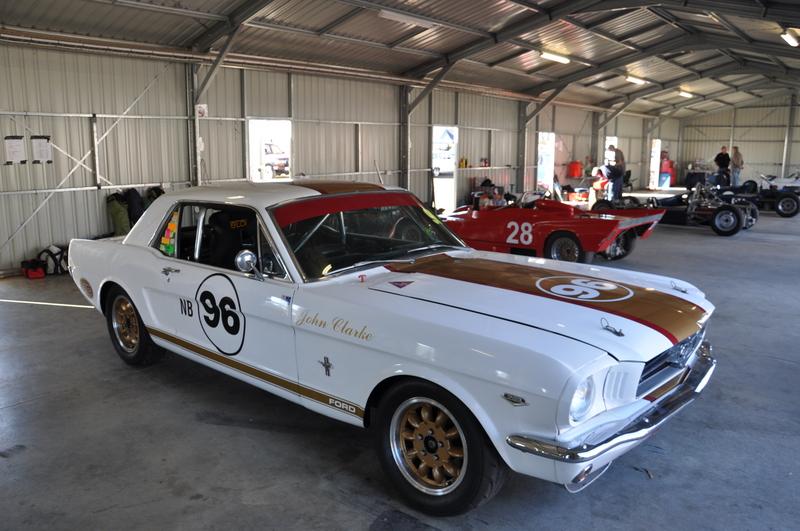 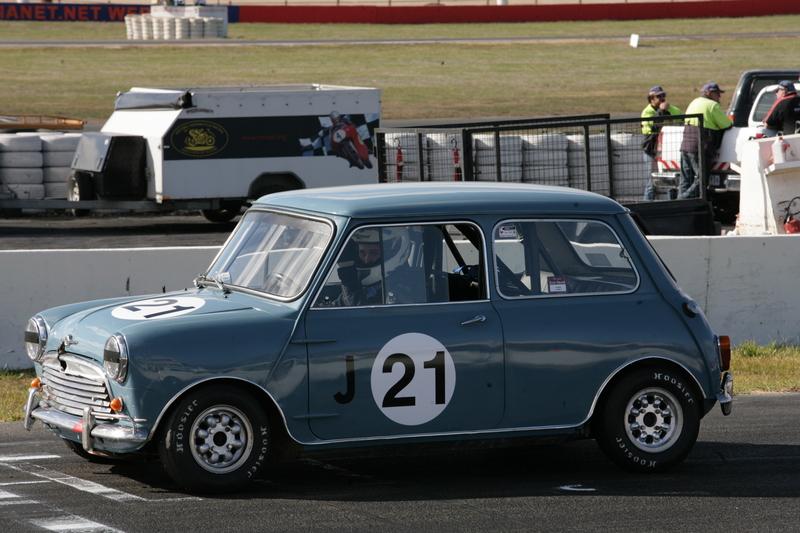 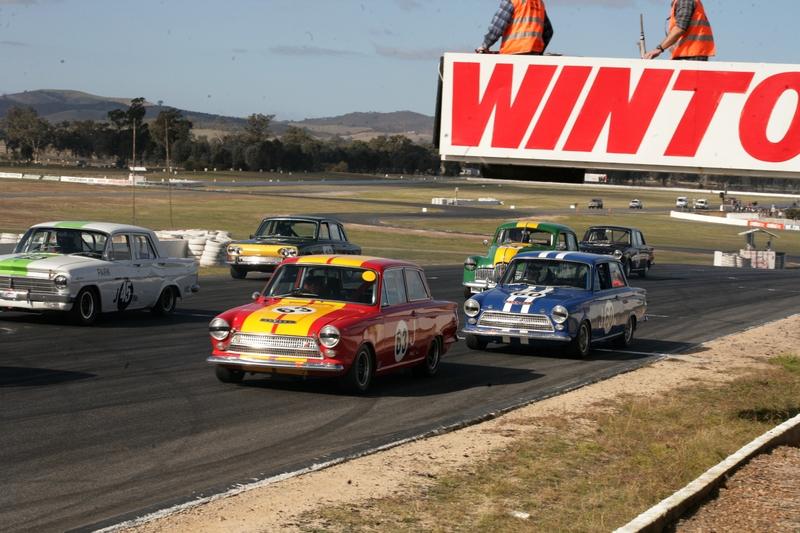 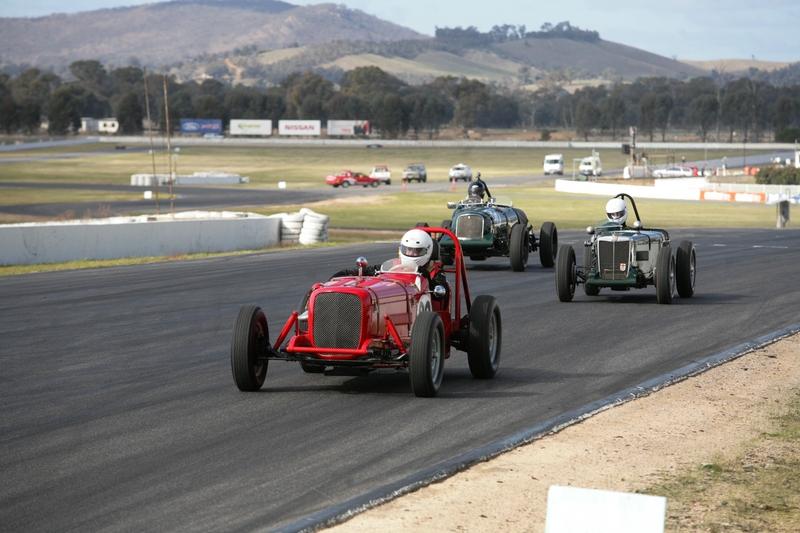 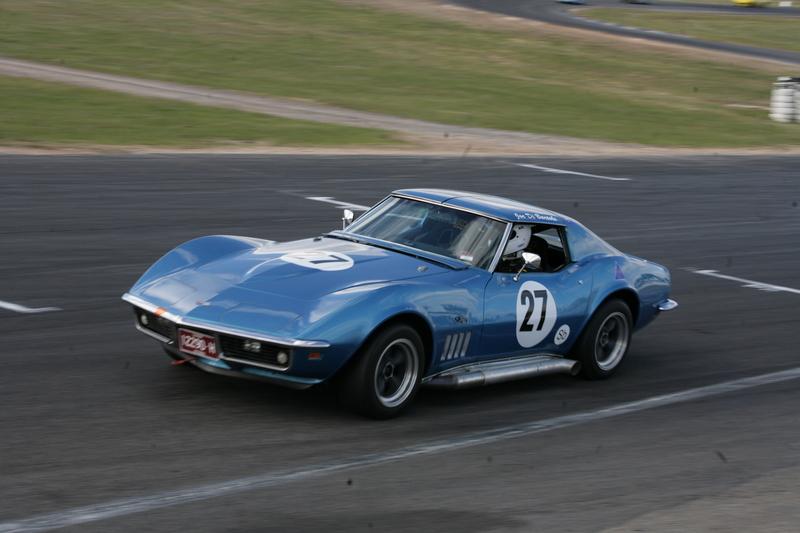 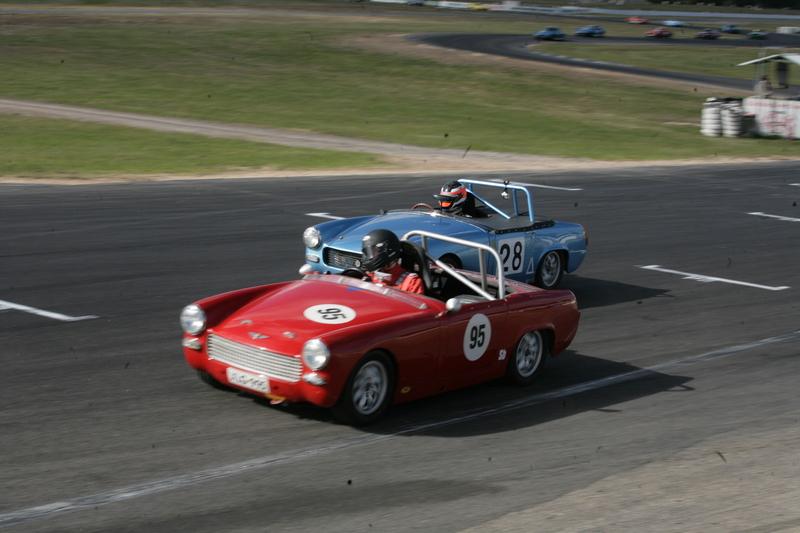 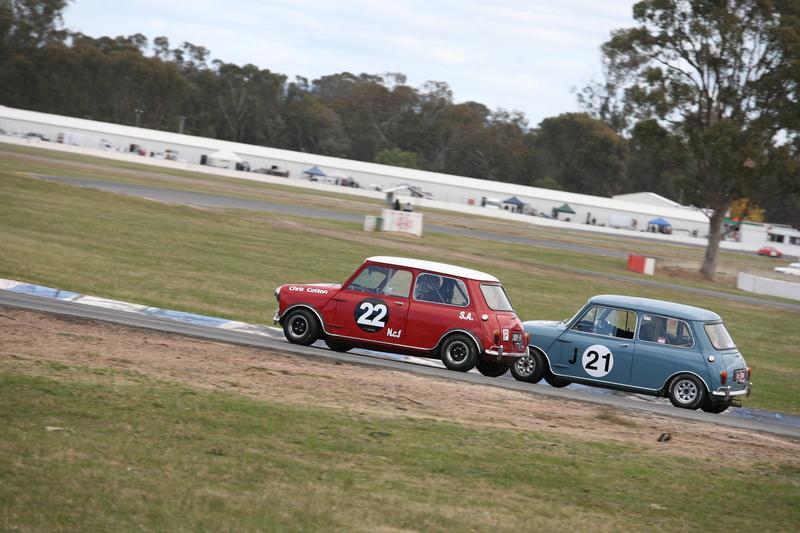 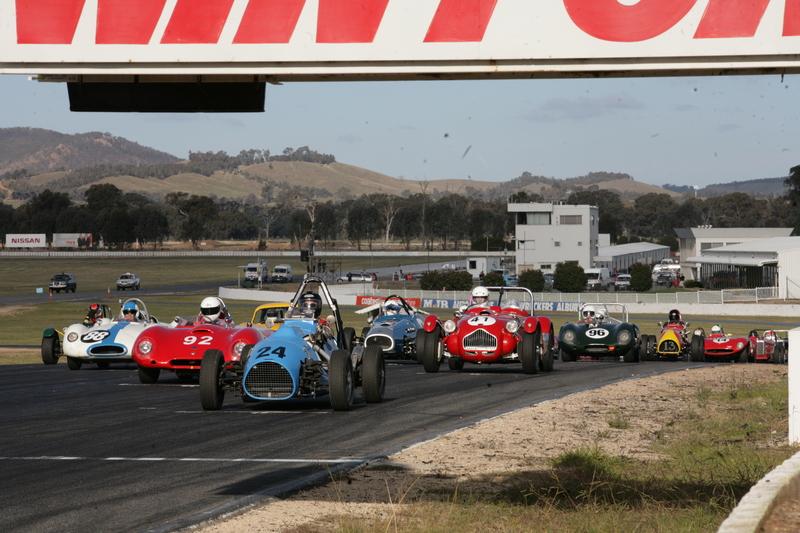 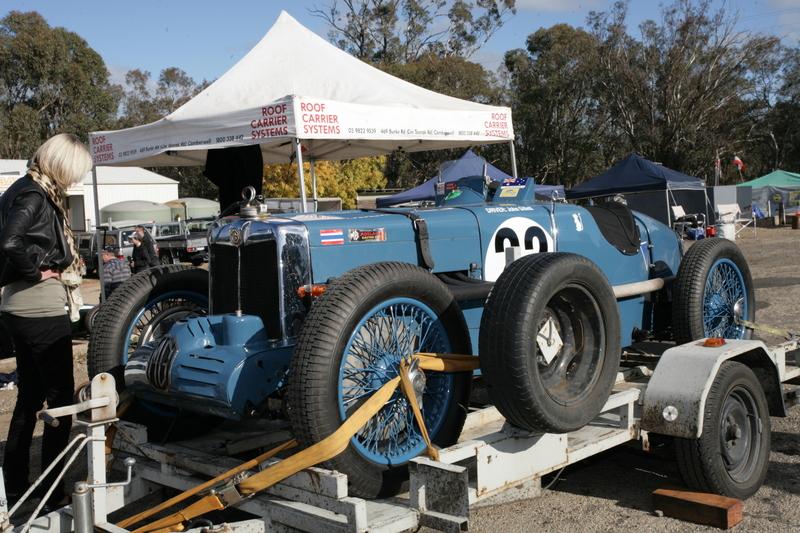