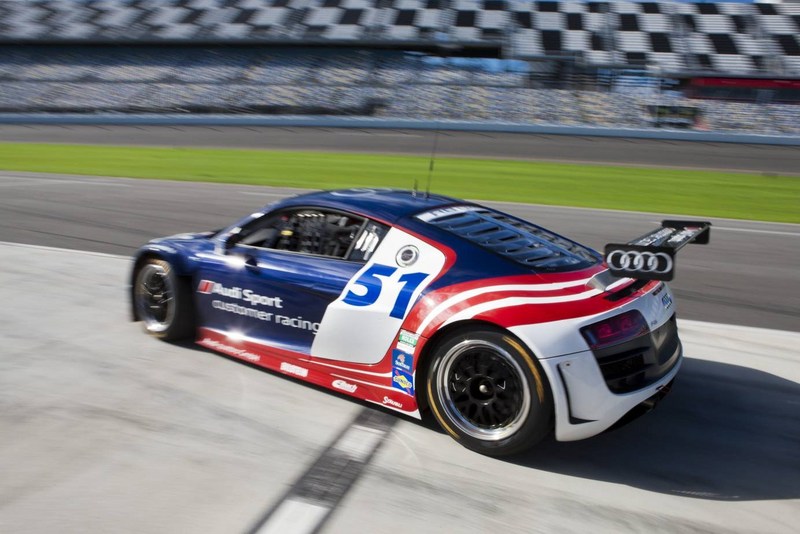 Ready for the North American market: The development of the next customer sport race car from Audi Sport customer racing has been completed
The new Audi R8 GRAND-AM has made its debut at the Daytona International Speedway race track in Florida, USA. With development driver Frank Stippler behind the wheel, the racing model clocked one thousand test kilometres, completing its trial with flying colours.

Ready for the North American market: The development of the next customer sport race car from Audi Sport customer racing has been completed. The car will be delivered to the first customers by January. The new Audi R8 GRAND-AM is based on the extremely successful Audi R8 LMS that has scored more than 110 victories and 13 titles. From this GT3 race car, Quattro GmbH developed a vehicle for the Grand Touring class of the GRAND-AM Rolex Sports Car Series in the USA and subjected it to final testing at Daytona.

After track tests in Europe, the R8 GRAND-AM underwent its final test in the heart of the region where it will soon compete. On the two test days, Frank Stippler completed about 1000 kilometres in the conspicuous test car, sporting a stars-and-stripes design. The famous Daytona International Speedway in the U.S. state of Florida with its banked turns served to prepare for the Daytona 24 Hours at which private racing customers will compete with the R8 GRAND AM on January 28th and 29th.

The Audi R8 GRAND-AM clearly differs from its GT3 'sister model' and required a fundamentally new set-up. Downforce, for instance, is drastically lower. About 70 to 80 percent of aerodynamic grip is lost because the GRAND-AM regulations prescribe modified body components. The new front splitter may only protrude from the front contours by 38 millimetres, for example. The front underbody must have a flat design. The rear diffuser corresponds to the production car component, while the standardised rear wing is only 1520 millimetres wide: 260 slimmer than the rear wing of the R8 LMS.

"The lower aerodynamic forces also require modified damper characteristics and softer spring rates," explains Armin Plietsch, Head of Engineering Customer Sport at quattro GmbH. In addition, the regulations prescribe a ride height of 65 millimetres - which is about 10 millimeters more than the minimum in the FIA series.

At Daytona, Audi also familiarised itself with the tyres from the series' exclusive tyre supplier, Continental. The GTR (for road courses) and GTO (for oval tracks) tyre models influence suspension set-ups as well. ABS and traction control, which are standard equipment on the Audi R8 LMS, had to be deactivated for the R8 GRAND-AM. The optimised radiator package that Audi developed for the R8 LMS ultra is also used in the R8 GRAND-AM.

"We successfully tested all the modifications at Daytona," says Romolo Liebchen, Head of Customer Sport at quattro GmbH. "With Frank Stippler, we developed a sound and solid set-up for our customers and also gathered valuable findings in the endurance tests. The durability of wearing parts and runs at high outside temperatures meet challenging demands. We can now provide our racing customers with concrete advice and reference values for fielding the car."

The rating of the Audi R8 GRAND-AM is still an open issue. By January, a balance of performance is to be achieved between the various vehicles in the GT class. Audi has made one of the 5.2-litre V10 FSI engines used in the Audi R8 GRAND-AM available to the series' engineers for a precise performance analysis. The engine's power output and homologation weight will only be defined once this rating is available.

One of the customer teams for the 2012 season has already been determined. APR Motorsport from Opelika in Alabama will be the first team to field the Audi R8 GRAND-AM. The squad is planning to contest the Daytona 24 Hours and the remainder of the races with its own driver combinations. Negotiations with three other teams are currently in the closing stage. A maximum of four Audi R8 GRAND-AM cars will be delivered for the 2012 season to ensure individual support and coordinated logistics. Audi of America is responsible for sales and support to customers in North America. 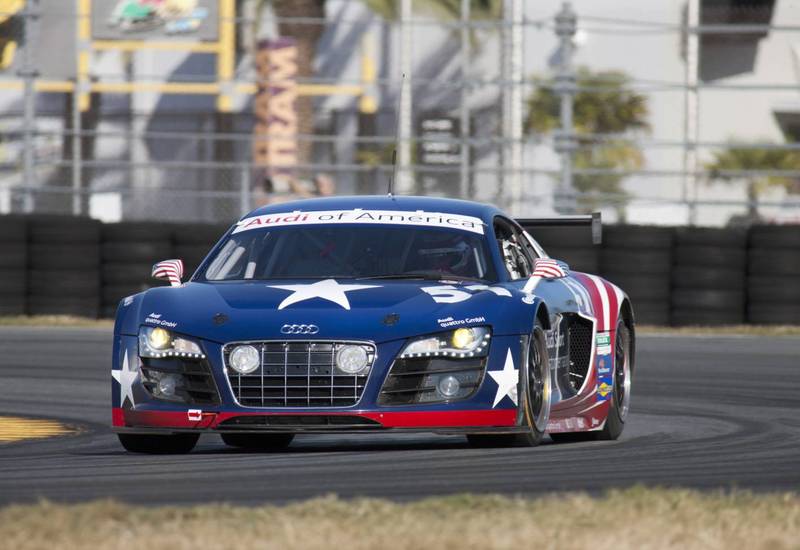