After winning the 24-hour race at Spa-Francorchamps (Belgium) only three weeks ago, Audi Sport customer racing has yet another milestone to announce in the company's young customer racing program: the 100th win for the Audi R8 LMS.

The GT3 sportscar was unveiled at the Essen Motor Show at the end of 2008. It is the first racing sportscar in AUDI AG history developed specifically for customer teams. In 2009, within the framework of a test program, the first races were contested by teams closely associated with Audi Sport. Delivery to customers started in March 2010. In the meantime 41 examples of the fascinating mid-engine sportscar are racing in 18 championships worldwide.

Seemingly more impressive than the 100th win is the ratio: since its debut the R8 LMS won in almost every third race. As a result it is already one of the most successful sportscars in the increasingly popular GT3 category.

"Everybody who was and are still involved in this project can be proud of the success of the R8 LMS," explains Werner Frowein, who in his function as Managing Director of quattro GmbH is also responsible for customer racing activities since January 1, 2011. "The Audi R8 is a fascinating sportscar. For me personally the R8 LMS is currently the most beautiful race car in the world."

Romolo Liebchen, Head of Audi Sport customer racing, adds: "You shouldn't forget that we are only at the very beginning of our customer racing activities. The positive record of the R8 LMS is all the more gratifying. And on top of this because the V10 engine from the production R8 remains almost unchanged for racing purposes and has a very long service life as a consequence. This is exactly what customer sport needs because the running costs are kept low in the process."

For example, the winning car in the 24-hour race at Spa-Francorchamps (chassis number 218) had already completed the 24-hour race at the Nurburgring beforehand - with the same engine. Up to 20,000 kilometers are possible before the V10 power plant producing up to 520 hp must be rebuilt - a clear and strong plus point for Audi customers.

"High service life, maintenance friendly and forgiving handling characteristics suitable for amateur drivers were on the specification sheet to start," says Head of Audi Motorsport Dr. Wolfgang Ullrich, under whose leadership the R8 LMS was developed. "I think we managed this exceptionally well."

Audi Sport customer racing guarantees worldwide spare parts supply via the Audi groups logistic department and is on location at the most important European races with technicians and service trucks. Furthermore, the Audi race experience offers Audi customers the unique possibility of achieving a racing license and booking costeffective races with the R8 LMS around the legendary Nurburgring-Nordschleife.

The 100th win for the Audi R8 LMS was recorded by Hitotsuyama Racing in the GT3 Asia Series at Suzuka. 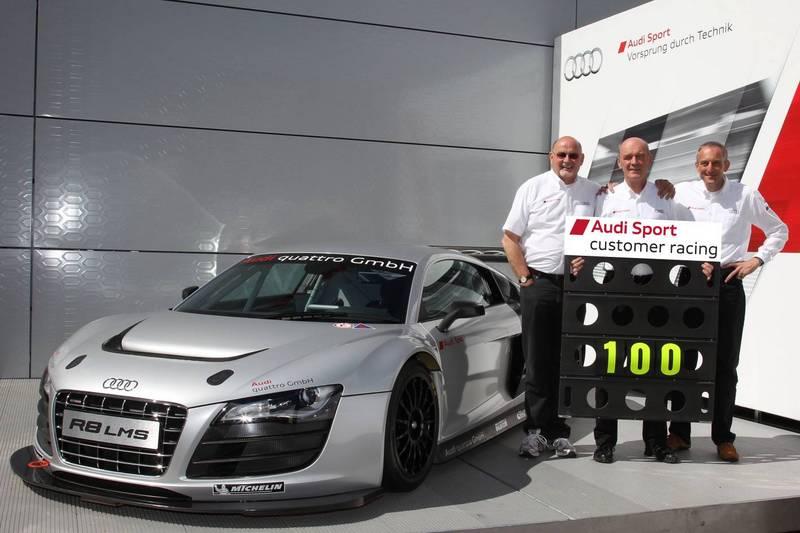 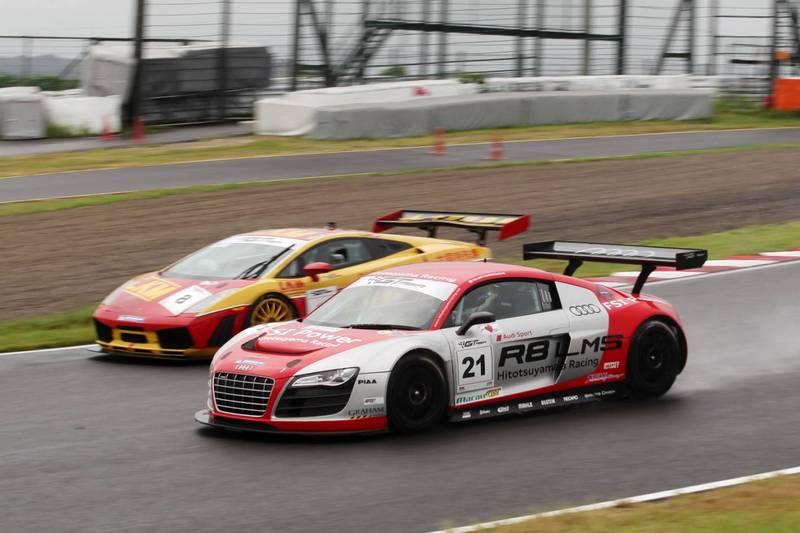