Agility, acceleration, reliability and lightweight construction; the BMW designers focused on the essentials in the development of the 328, ushering in a new era in the process
Built between 1936 and 1940, the BMW 328 laid down a milestone in automotive history and was the most successful sports car on the racing scene in the 1930s.

Agility, acceleration, reliability and lightweight construction; the BMW designers focused on the essentials in the development of the 328, ushering in a new era in the process. Indeed, at a time when powerful supercharged "Kompressor" machines ruled the racing roost, the BMW 328 Roadster - weighing just 780kg and developing a modest 80 hp in series production form - was a genuine sensation.

When the foundations were laid for the construction of the BMW 328 in the early 1930s, the car's creators Rudolf Schleicher and Fritz Fiedler had little idea of the significance the sporty two-seater would one day attain. Several decades on, this Roadster, with its powerful 2-litre six-cylinder motor, is still lauded as the most beautiful and successful sports car of its time.

From its maiden outing in the 1936 Eifel Race, the BMW 328 quickly established an iron grip over Europe's racetracks. The BMW 328's greatest triumph was winning the 1940 Mille Miglia with an average speed of 166.74 km/h for 8 hours and 54 minutes, as well as recording the fastest lap average of 174.102 km/h. No other Mille Miglia winner before or since has matched the speeds achieved by the BMW 328 Mille Miglia Coupé. 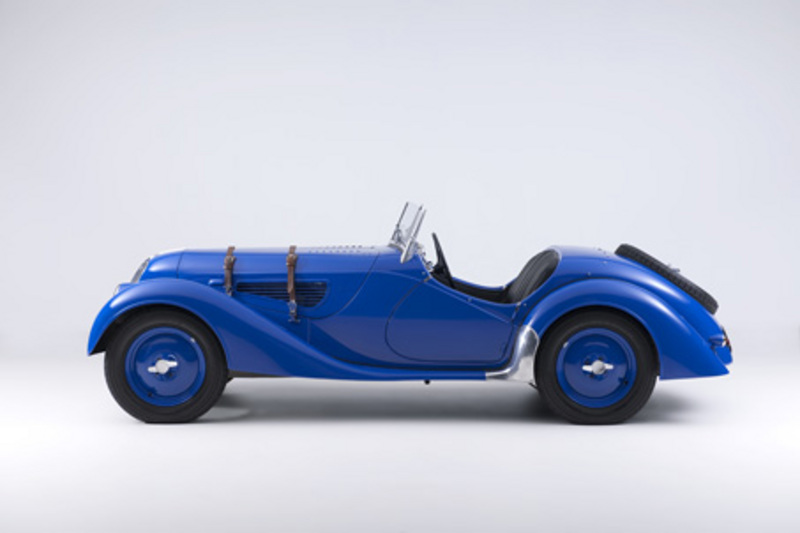