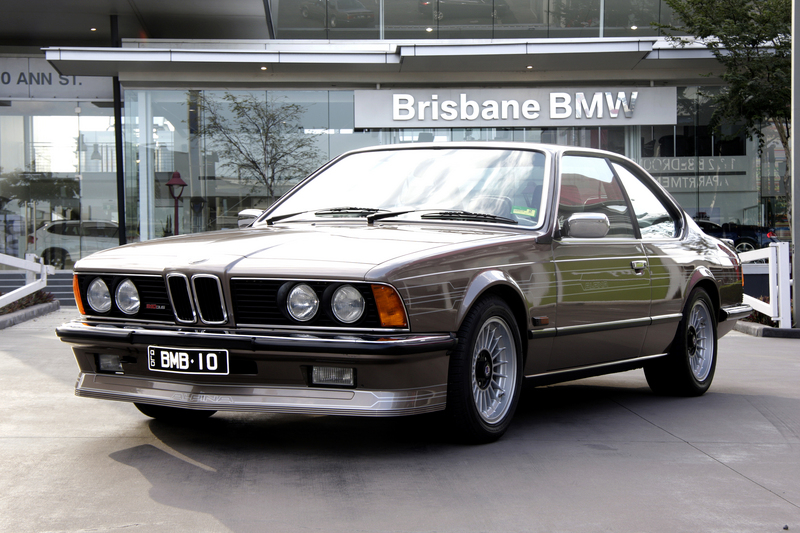 Built by BMW in 1986, the car was restored and converted to Alpina standards under the stewardship of Martin Dibb of Canberra. Starting out life as an Australian compliance automatic car, nothing was spared in bringing the vehicle to optimum condition and authentic Alpina spec, with over $85,000 invested in the conversion over four years (on top of the $55,000 purchase price Martin paid in 1993).

Phase 1 (1994)
A brand new Getrag close ratio box was imported for the transmission conversion, which included a rebuild of the differential to change it from the ultra short 3.46:1 to a 3.26:1 German specification. This produced a 245kmph top speed and eliminated the constant cog swapping that the close ratio box inflicts if you run 3.46:1 (which tops out at a mere 200kmph). The differential was stripped and repainted in factory colours, as were the half shafts.

Suspension springs were made to Alpina spec by Kings Springs Australia. The suspension was entirely removed, stripped and repainted to factory colours (right down to repainting all the factory paint daubs on bolts, in the right colours and the right places). All this work was carried out by Ludwig Finauer of BM Conversions (yes, that Ludwig Finauer - ex JPS BMW and V8 Supercar racer and engineer).

A new exhaust system was a slight but value-adding deviation from Alpina specifications, as the locally fabricated stainless system was better made and improved the horse power.

Phase 2 (1995)
The single cam 3.5 litre straight six engine was blueprinted and balanced to Alpina B10 specs. This included increasing the compression ratio from 8.5:1 to 10:1 with Alpina forged pistons. Woton also received a B10 cam, the cover of which was powder coated and engraved with Alpina script. The end result was 187kw at the flywheel @ 6000 rpm. The engine ECU was manually cracked and reset to Alpina specifications by Volker Guenter of BM Conversions (Volker was an engine builder at Alpina in a past life).

Regarding brakes, a common option for the B10 in Germany was to change to M635CSi hub-ventilated discs and BMW/ATE 4 piston callipers. This was done and all the solid and flexible hoses and lines replaced (including every under body clamp and screw). Both front and rear discs were cadmium plated to minimise the chance of surface rust on the hubs and disc edges.

The wheels were replaced with Alpina period correct 16 inch originals. Factory specification for the tyres was 205 or 215 front and 225 rear. The original narrow fronts were specified to maximise speed (less frontal area) but were replaced by Martin with a 225/245 combination to give extra grip.

Phase 3 (1996-97)
The body was stripped to a shell by Mirek Cepe (ex BM Conversions) and resprayed in its original Luxor Beige by Stowes in Sydney. Stripped to the phosphate dipped shell, the car was confirmed free from crashes and rust. In further testimony to Martin's incredible commitment to detail and integrity, the paint application authentically replicated BMW factory finish, resulting in the gradual growth of orange peel effect moving vertically down the body.

Mirek re-assembled the car over a period of months. A genuine period Alpina shift knob and steering wheel were added. The carpet was replaced as there was a tiny tear just aft of the centre console. The centre console was replaced during the manual conversion and was the last Nutria coloured console left anywhere on the planet. For the dash, a Nutria/black combo was used because there were no new Nutria coloured dashes available (BMW Australia, USA, Germany, UK all looked for one). When the 6 series was built there was a bi-colour interior option, hence the black dash, sill caps, sun visors and pillars.

The interior instrument cluster was pulled and Alpina logos silk-screened in correct positions and fonts. This represents a diversion from factory, as Alpina used stickers and Martin was not happy with the durability issues of a sticker - his aim was that everything about this rebuild and conversion was to scream quality and durability.

Rear headrest speaker covers were sourced from a dealer in France. The roof lining was removed by Mirek, dry cleaned and reinstalled. A factory option fire extinguisher was added. The original Becker cassette was removed, cleaned, rebuilt and reinstalled. The polished door sill strips were all replaced with new ones, as were the door latches. The driver and passenger front seat thigh rest, right vertical bolster and right squab bolster were retrimmed.

No detail was overlooked in the engine bay. All wiring looms were stripped and rewrapped in BMW factory spec cloth tape. Washers, hoses, bottle and motor were replaced, as were bonnet locks and wires, plenum cover, headlight back covers, and the main engine loom. The main loom alone was worth $1800 and was only replaced because the huge rubber grommet that takes the loom into the car was damaged and not available separately except second hand - an unthinkable compromise!

The boot carpet was replaced and an M635CSi under mat was used to bolster floor height, so a 225/50/16 wheel/tyre would fit. The tool kit was replaced as there was very slight wear on a few of the tools.

To top off the whole result, the ACT custom number plate SCHNELL was added - a fitting description of the car's performance abilities!

The pursuit of perfection
Volker's experience working at Alpina meant he had intimate and unique knowledge of precisely what went into a B10 Katalysator Coupe (the car's official name). He still had good contacts with Alpina in Germany, which made sourcing parts easy. Whilst Alpina would not supply Woton with a build number or coach plate, they had - through Volker - full knowledge of the project and it had their blessing. Except where unique features were specified, the car is therefore accurate in every way.

No second hand parts were used in the rebuild. All parts used were brand new from BMW Australia or through BM Conversions. The only reproduced parts used were the stickers under the bonnet lid as BMW in Germany could not supply these.

Martin eventually sold the car in order to put his eldest son through Aerospace Engineering at RMIT in Melbourne, so that he could get his dream job - and yes - he is now an aerodynamicist with Red Bull F1, has been since 2005 and is the only born and bred Canberran in F1. Martin retained the SCHNELL number plate though, and in tribute to his beloved B10 it is now worn on his AMG Mercedes!

In 2000 Woton was purchased by Athol Lubbe of Brisbane, Qld who owned it for ten years and all the while maintained the car in its pristine condition. Athol had pin stripes with the Alpina name added, which gave the car a more unique character. Under Athol's care the car received numerous show awards.

Custodianship of the car then passed to its present owner Barry Kelly, also of Brisbane, with the proviso that it would not be used as a daily driver or driven in the rain. It was recently honoured at the BMW Club Queensland's "2010 Show of Excellence" with numerous awards: First Place in its class (Bau Gruppe 197-X); First Place - Best Paint; First Place - Best Wheels; First Place - Best Engine Bay; Car of Show. 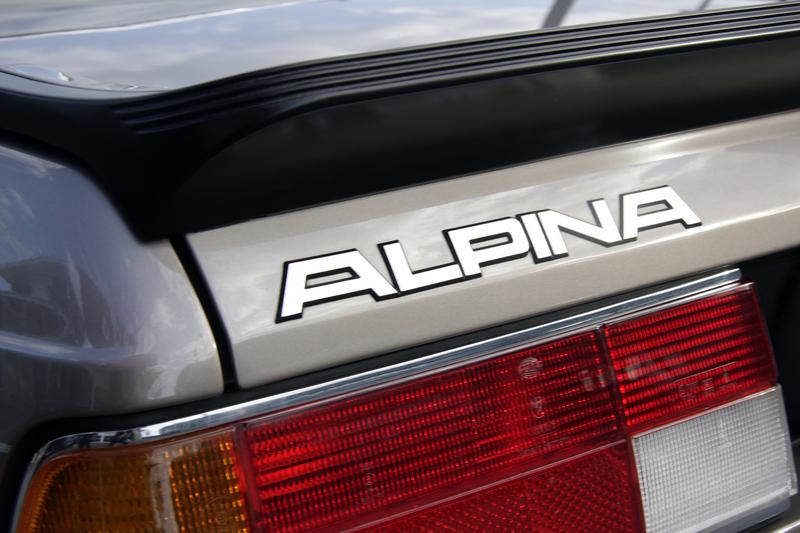 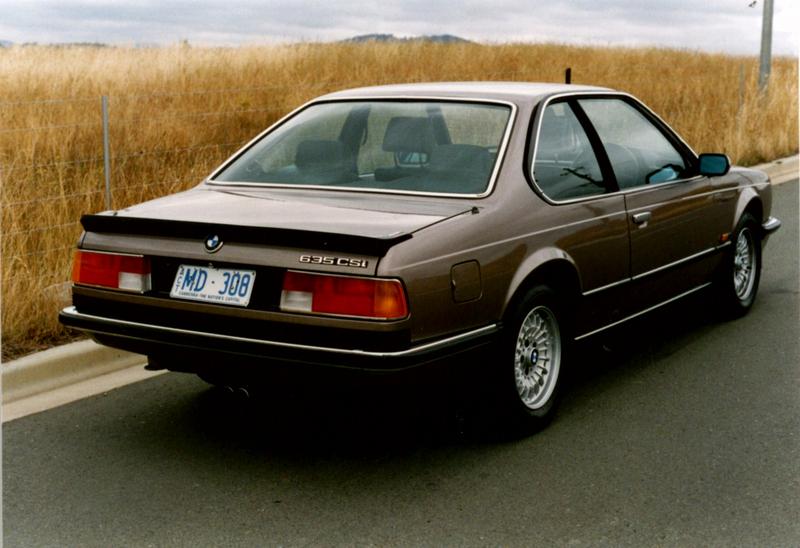 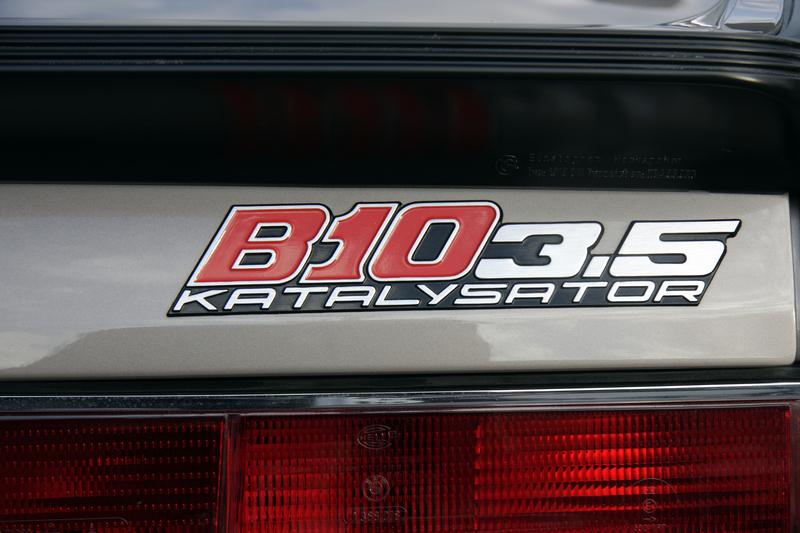 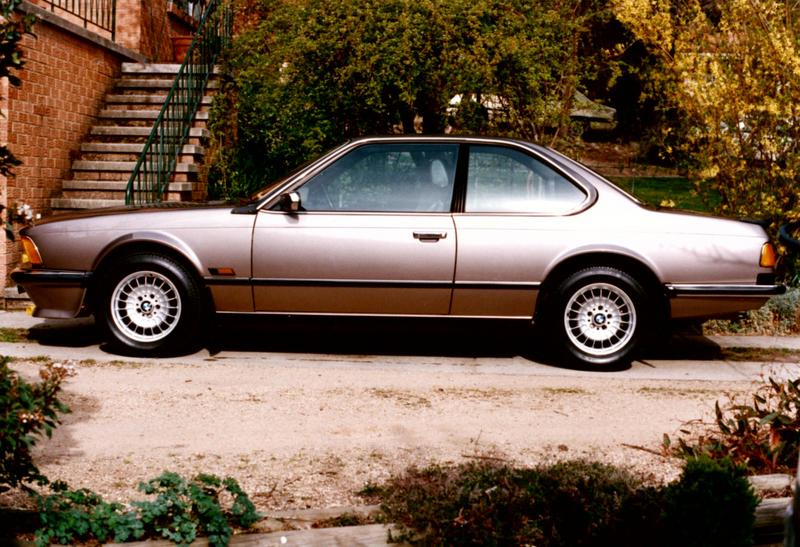 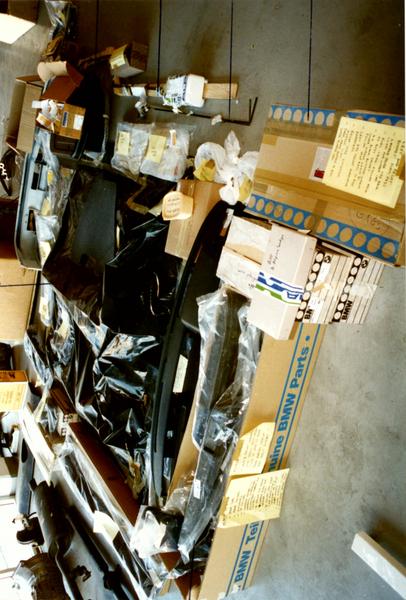 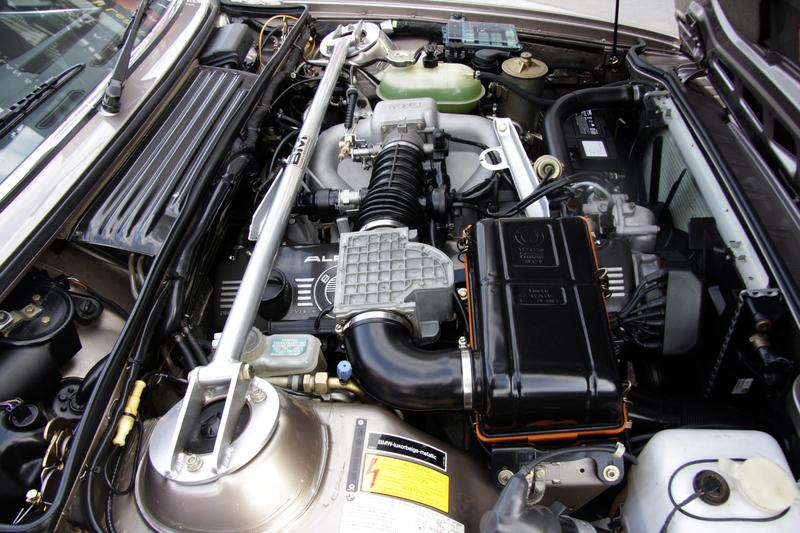 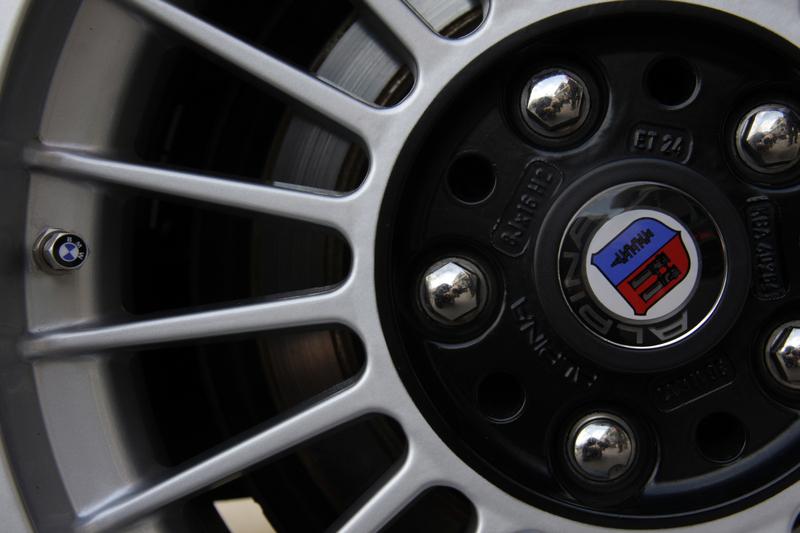 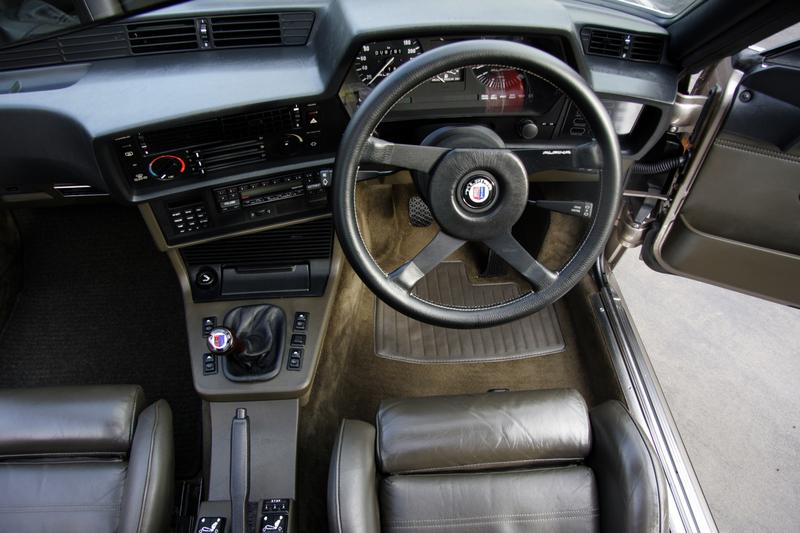 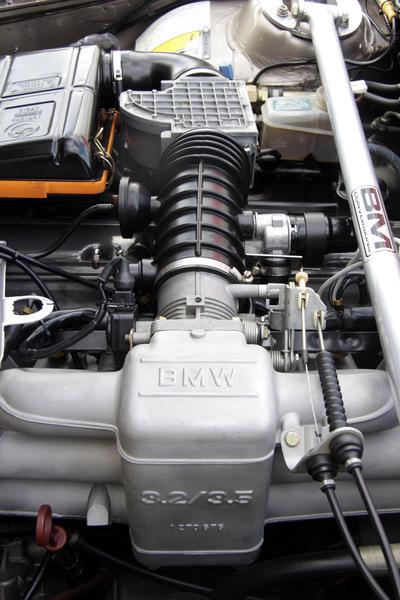 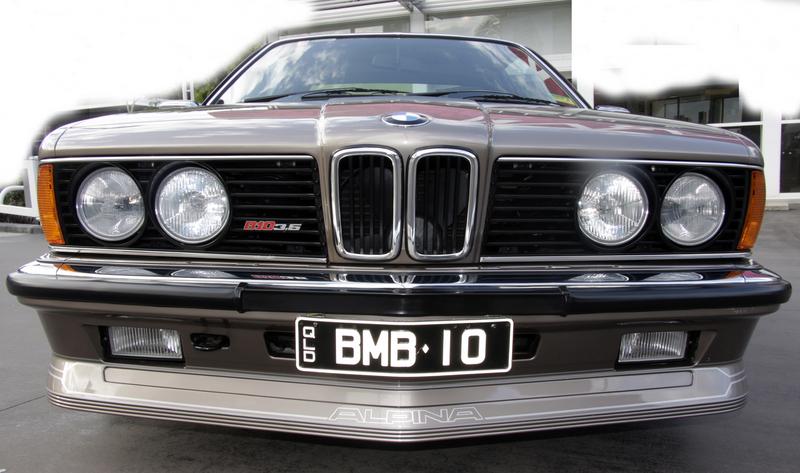 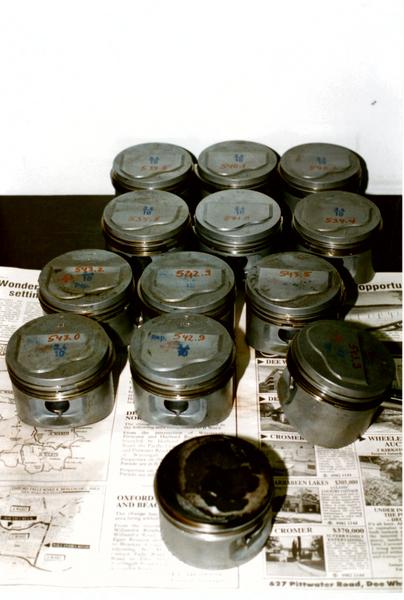 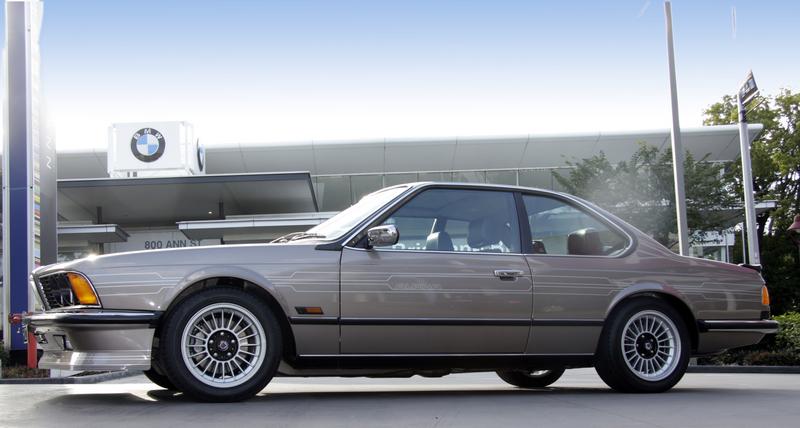 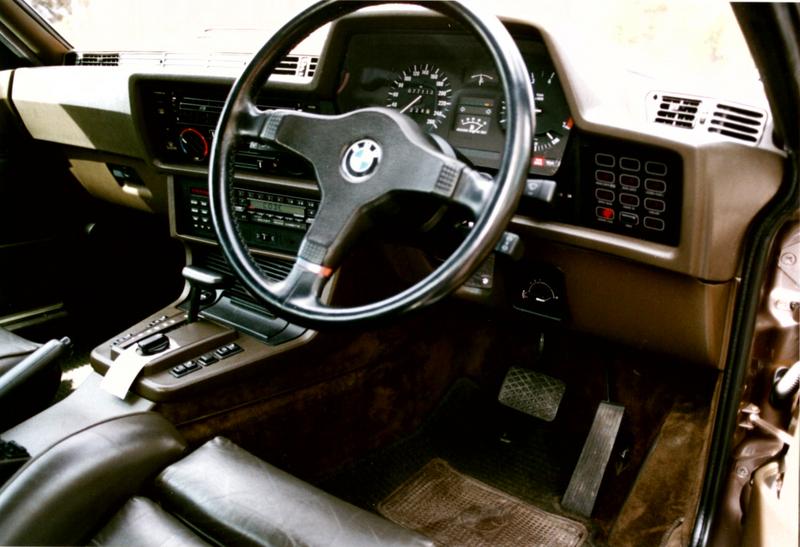