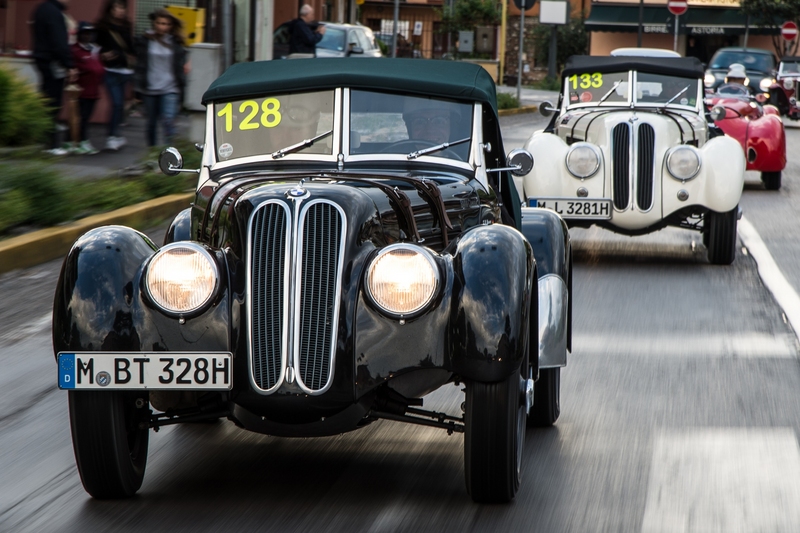 BMW Group Classic entered a total of nine vehicles in this year's event that attracted 400 starters, with the full complement of BMWs completing the trek. While the modern Mille Miglia is a reliability and regularity trial, not the high speed event of past years, it's still challenging, and a test of vehicle durability.

Above all, the gearbox has to survive extraordinary loads during the Mille Miglia. That is why all the competing BMW 328 models were equipped with a faithful reconstruction of the original transmission - a recent addition to the BMW Group Classic range.

The elaborately manufactured replica was developed in close collaboration with the FIA, the world motoring governing body, and FIVA, the world governing body for historic vehicles. As such, it is considered an authentic - and official - replacement for the gearbox of the 1930s sports car classic. At the 2013 Mille Miglia, the new transmission provided persuasive evidence of its reliability.

The BMW Group Classic contingent reached the start/finish point in the north Italian town of Brescia after completing all three challenging competition stages without any technical hitches.

"To witness the BMW 328 on this highly traditional route is a fascinating experience every time," commented Dr Ralf Rodepeter, Director BMW Museum and BMW Group Classic Marketing. "The thought of those 1,000 miles being clocked up non-stop and at top speed 75 years ago commands the utmost respect from any motor racing fan following this event. We are very proud to be able to present in such authentic form today the vehicles that achieved those feats all that time ago."

In their first assault on the Mille Miglia in 1938, BMW scored a clean sweep of first to fourth places in the 2.0-litre category, with all teams in the 328. The British team of Fane/Williams secured the class win and also finished in eighth place overall. Two years on in 1940, BMW claimed outright victory, albeit in a greatly depleted wartime field. Driving the BMW 328 Mille Miglia Touring Coupé, Fritz Huschke von Hanstein and Walter Bäumer completed the Mille Miglia 1940 as overall winners.

This year's 1,555.24 kilometres (966.38 miles) Mille Miglia route took its cue from its historic predecessor. After the start in Brescia, the first stage led to Ferrara. The following day the route continued via Ravenna and San Marino to Rome, at the Castel Sant'Angelo. On the final and longest stage, the historic automobiles passed through cities such as Siena and Florence before arriving back at Brescia for the finish.

Alongside five original BMW 328 production cars, the BMW Group Classic line-up included four highly exclusive one-offs. Among them was the winning car of 1940 - the BMW 328 Mille Miglia Touring Coupé - which was this year piloted to the finish by Hanns Werner Wirth and co-driver Christian Geistdörfer. The BMW 328 MM Roadster, which came third in 1940, again made an eye-catching appearance in the 1,000-mile round trip. A further blast from the past came in the shape of the 1937 BMW 328 Berlin-Rome Touring Roadster, while the fleet was rounded off by the BMW 328 Kamm Coupé, with its distinctive aerodynamically honed lightweight body.

The results of the BMW Group Classic teams at the Mille Miglia 2013: 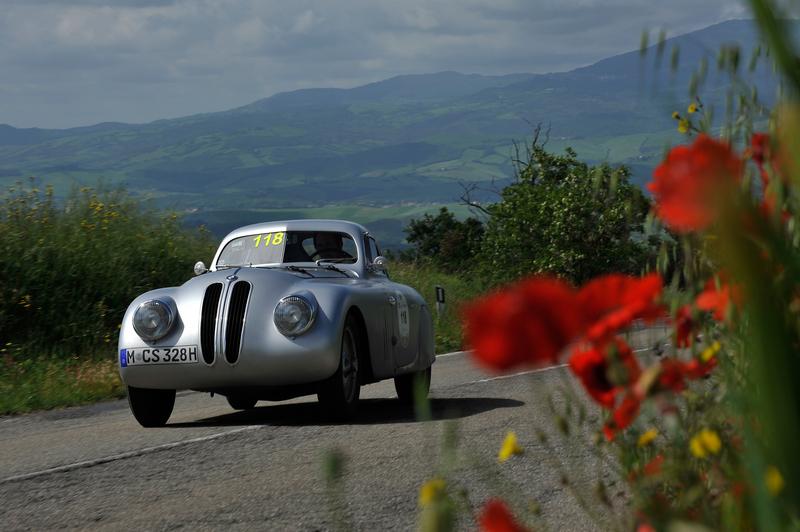 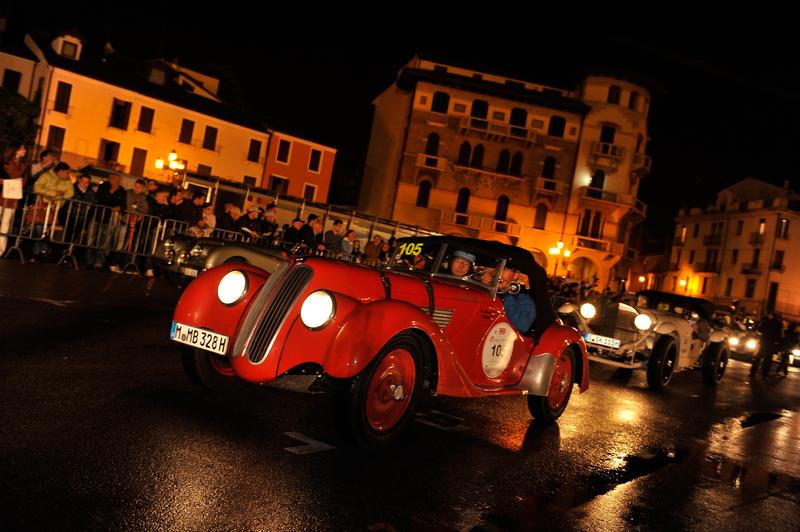 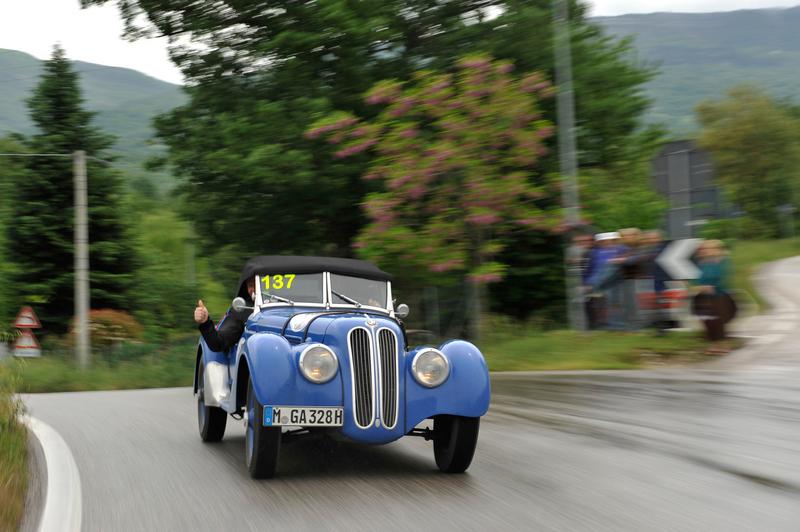 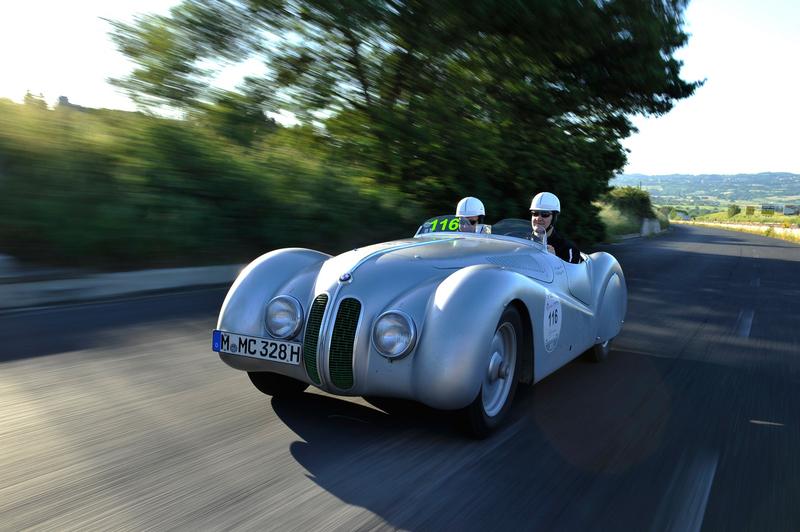