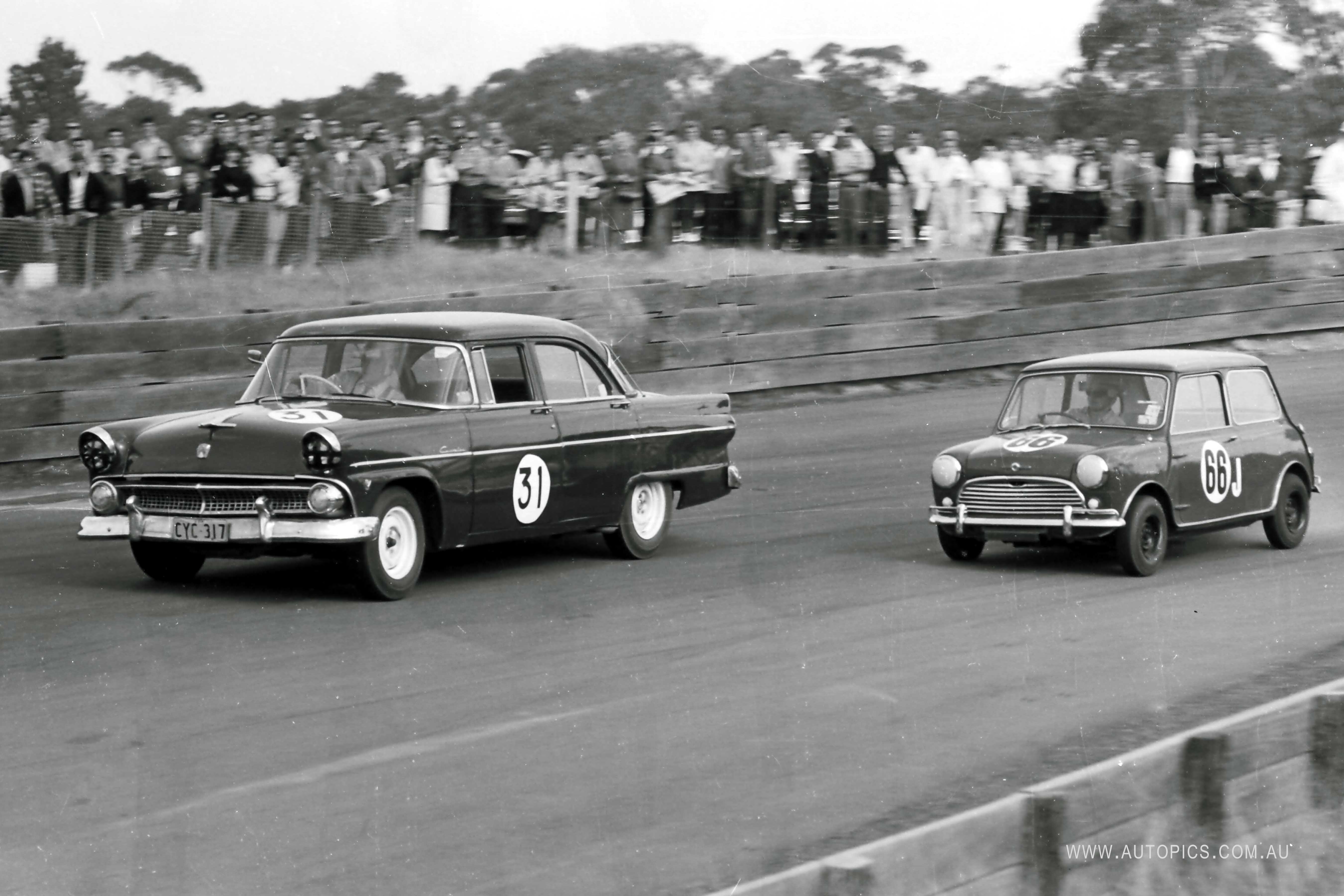 Nature has overtaken Catalina Park Raceway. Dog walkers and tourists to the Blue Mountains wander around the crumbling track with grass splitting the asphalt and the hardwood barriers disintegrating. Water streams across the track in sections but while a car hasn’t raced here in more than 20 years, the place still feels just a little bit magical…

As if, when you squint, you can still see Norm Beecham in his Ford Mustang hurtling around the place.

Catalina Park used to be known as Sir Frank Walford Park and before that, simply as The Gully. Why? Because that’s what it is, a gully; a natural amphitheatre just at the back of Katoomba, in the Blue Mountains of NSW. The Gully had been home to a small group of indigenous and non-indigenous people but, in 1948, the owner of the land, Horace Gates, decided to build an amusement park to try and bring people back to the Blue Mountains after the horrors of WWII. It worked.

Gates had the Katoomba Falls Creek dammed to form an ornamental lake (which is still there) and brought in the shell of a Catalina PBY-5 flying boat. Visitors would be taken out to the plane to watch a film of a plane flying across Sydney. Someone would stand on the wing outside and rock the plane on the water and a speed boat would race around it creating noise and waves.

In the 1950s, the amusement park became rundown and eventually ended up serving as the Katoomba swimming pool. The old flying boat was pulled up onto the bank and left to rot. Council purchased the land in 1952 with plans…

Conspiracy theorists might argue that the Blue Mountains Council had always decided to turn The Gully into a race track… in 1957, a plan was accepted to transform The Gully into a 2.1km race track. And that’s when the troubles began.

See, people lived in The Gully but when the land was acquired by Council, so to were the houses on the land. And Council had them slated for demolition. More than 20 indigenous and non-indigenous families were turned out of their homes.

And up sprang a race track. Shaped like a squashed triangle the elevation changes and corners turned Catalina Park Raceway, as it became known, into one of the best tracks in the country.

The first race meeting was held in 1961 but because of the elevation of Katoomba and the fact the track was built in a gully, races were constantly delayed as fog rolled in reducing visibility. It didn’t, of course, help that the track was narrow and ringed in Armco and heavy hardwood barriers. There was no run off and trying to hit the apex meant running perilously close to the fence. The lap record was 53.4 seconds (1961), which would have been terrifying.

Catalina hosted all sorts of racing with touring cars the most popular. It attracted the very best of Australian motorsport, with the Mustangs of Norm Beecham, Ian Geohegan and Niel Allen doing battle with the Chevrolets and Holden Monaros of Brian Foley and Peter Manton.

The track was famous for its fog, freezing cold and near misses, but it very nearly claimed the life of Bob Jane in 1965 when his Mustang clipped… something… and began barrel rolling along the track. It vaulted the wooden fence and looked more like a banana than a car. Jane emerged from the wreck unhurt.

Catalina Park Raceway also played host to rallycross with Peter Brock and Larry Perkins regular racers at the track. The rallycross track took in section of the race track proper and parts of the gravel infield.

The end of Catalina Park Raceway

Catalina had its heyday in the late 1960s and ‘70s, but by the end of the 1970s and early ‘80s the track had fallen out of favour and racing finished for good when the track was closed in the 1990s.

In 2005, the track and its environs was declared an Aboriginal Place in 2002 with the gully, once again, becoming a place of peace and quiet. 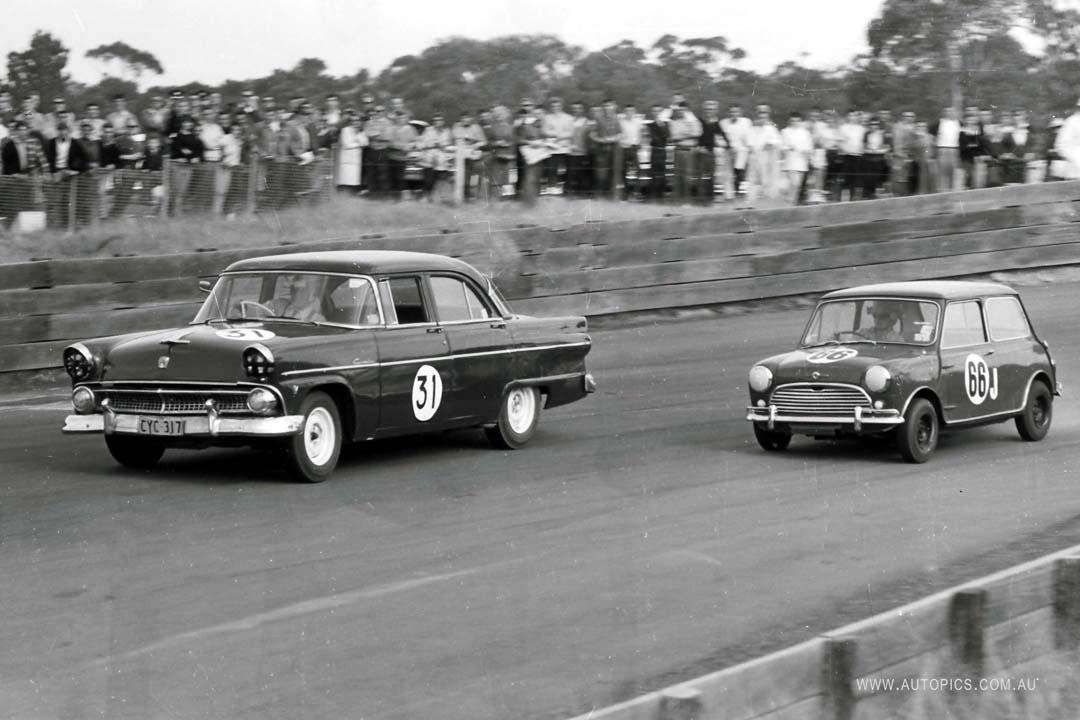 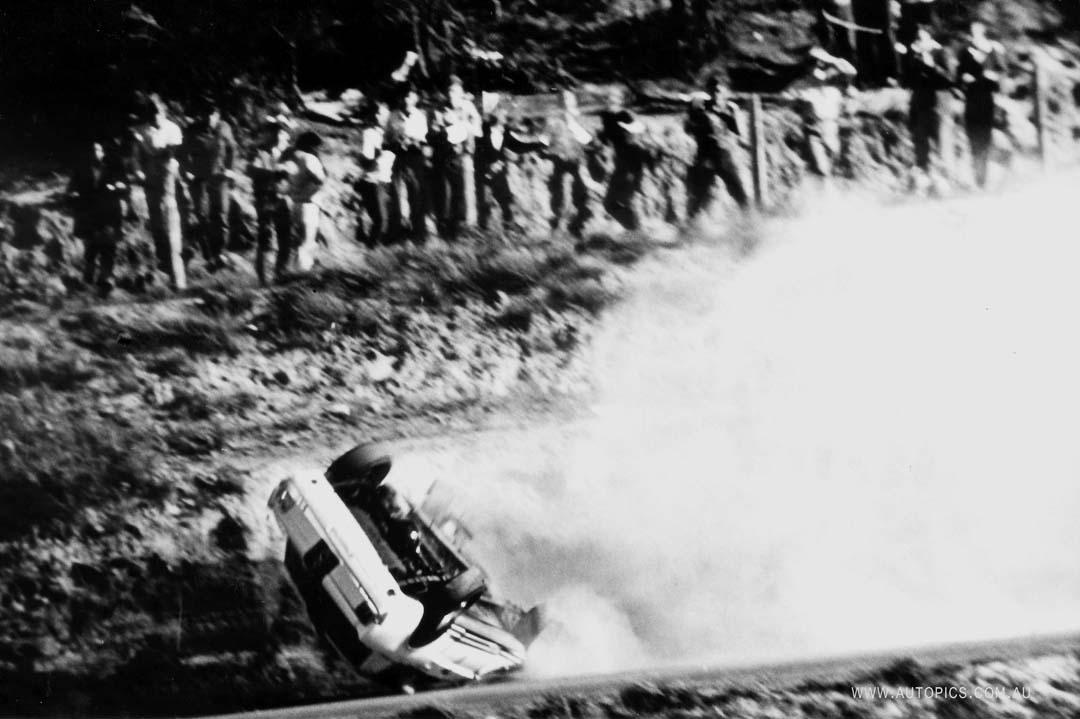 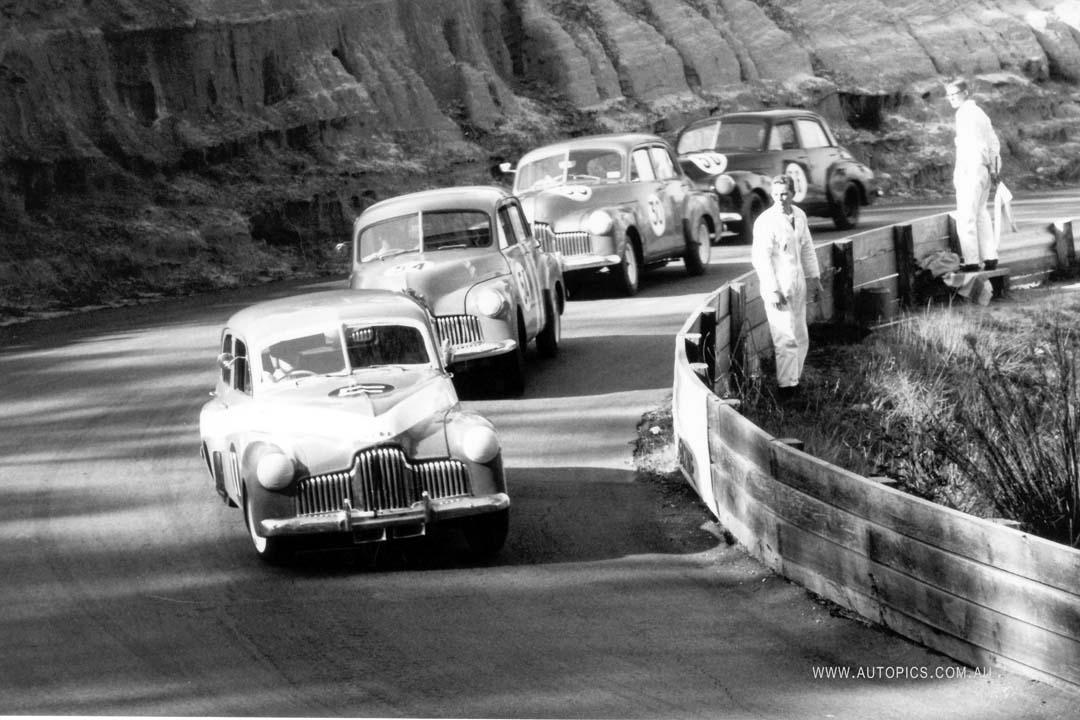 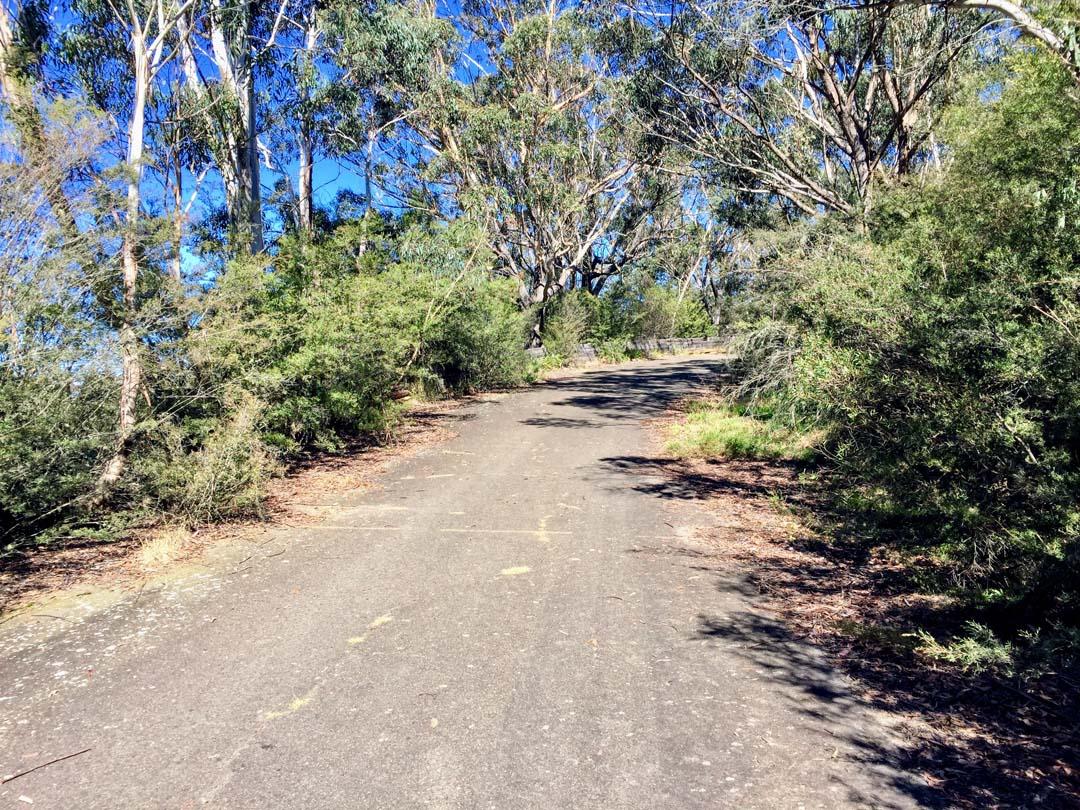