In JUST CARS #269, we reported on Travis McKimmie’s Holden HG utility that had been impounded by French Customs due to alleged “secret compartments” in the vehicle to store drugs.

Now, more than a year after it was seized at the French port of Calais, Travis has finally got his ute.

The back story to this is that Travis, an expat Aussie living in the UK, had seen the HG ute advertised for sale in Holland in March, 2018, and bought it. The ute was freighted to Calais, where Travis had arranged to pick it up and trailer it back home (with a view to using it as his daily driver). However, in a routine border check, French Customs found traces of cannabis in the vehicle. Further inspection uncovered the footwells in the ute’s station wagon-sourced body, which are factory-spec features of Holden utilities from this era, but the French decided they were secret compartments for drug smuggling.

Impounding the ute, French Customs initially threatened to crush it, then said they’d use it as a “teaching aid” for customs officers. Either way, they showed no sign of returning the vehicle.

Travis’s presentation of documents showing there was nothing sinister about the Holden’s factory configuration, as well as phone and email requests to officials to put forward his case personally, fell on deaf ears. Travis’s brother Dean also got involved, but the French wouldn’t budge.

By August of 2018, Travis stopped corresponding with French officials and had all but given up hope of getting his ute back. Then, this past April, French Customs emailed Travis out of the blue, advising they had reviewed his case and he was free to collect his vehicle. No further details, explanation or apology were given, but Travis, understandably, didn’t want to look a gift horse in the mouth, so swiftly made his way to Dunkirk (where the ute had been stored) and paid the impound fee of around AU$1,600 to release the vehicle from its long period in storage.

On 30 April, thirteen months to the day since this whole drama started, Travis finally had his ute back. Plans to replace the HG’s worked 202 engine and 4-speed manual with a 307 Chev V8 and Powerglide 2-speed auto from Travis’s HK Brougham (another Aussie car he found overseas) are now underway.

As an interesting sidenote to this, when Travis was – finally – hauling the ute through Calais border control, both French and UK officials knew what a Holden was! 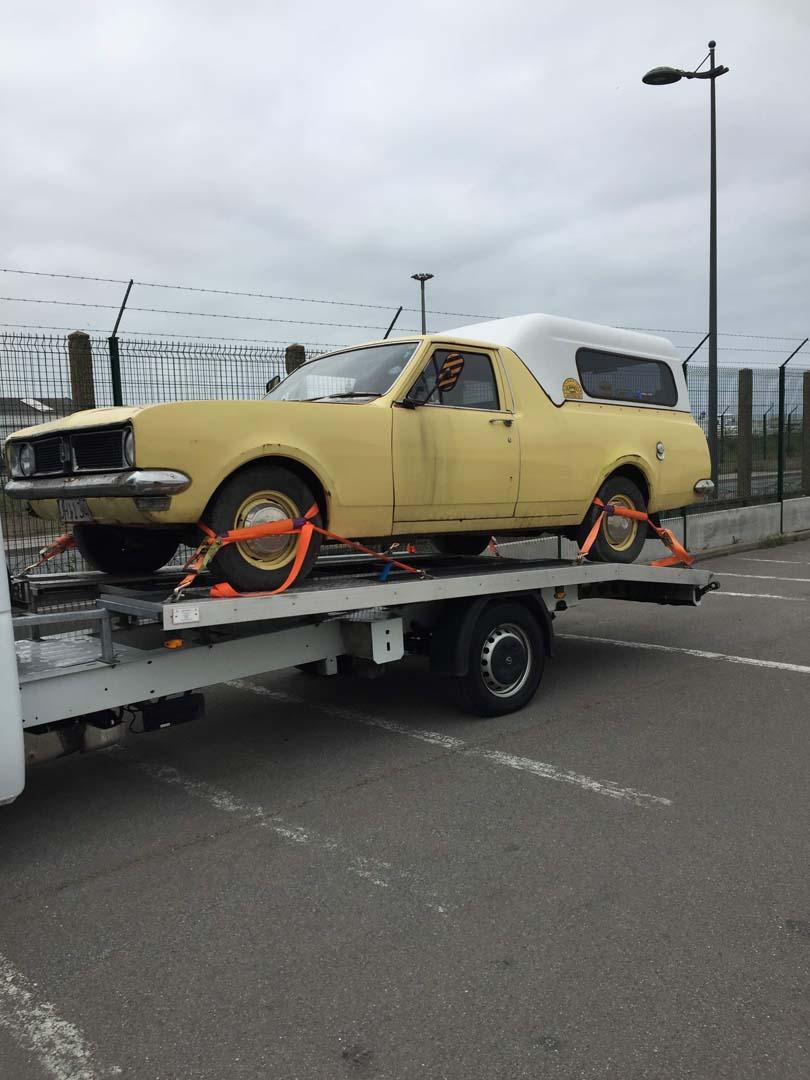