One of the most unusual – and perhaps the most underrated – cars from Daimler was the SP250. Arguably the only sports car to ever be produced by the prestigious British marque, the SP250 is mostly forgotten today, but the imminent auction of a restored example in the UK should change that. 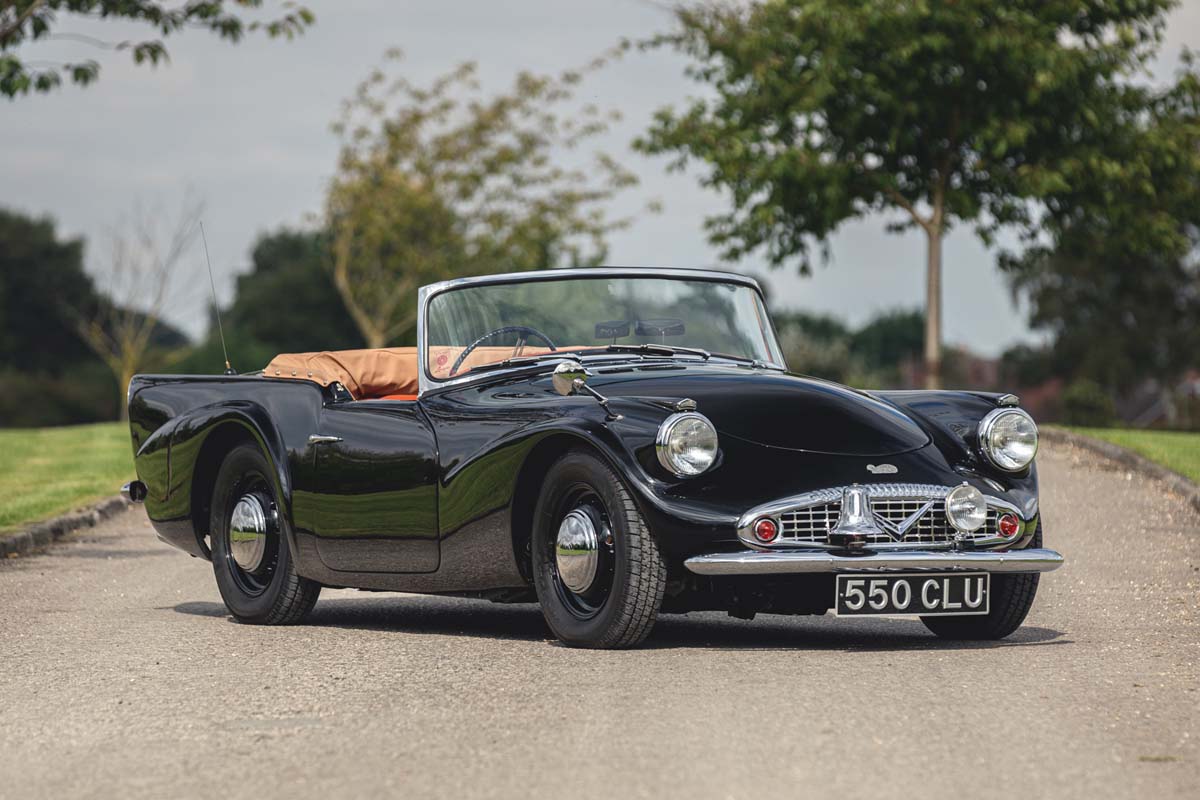 This coming 12-14 November, Silverstone Auctions will auction the car featured at their NEC Classic Motor Show Sale. And while the SP250 is rare enough in itself, what makes this example even rarer is that it is one of just 26 supplied to London’s Metropolitan Police for high-speed pursuit work. But more on that later.

The SP250 was born from Daimler’s desire to get in on the export sports car market that the likes of MG, Triumph and Jaguar were having great success with, particularly in the USA, in the late 1950s.

However, Daimler had no real heritage in sports car design (despite their names, the DB18 Special Sports and Century Sports were hardly sports cars), so they looked closely at rivals, specifically Triumph’s TR3, when developing their own. As such, the chassis for the sporty roadster that Daimler planned to call the Dart was very similar to that of the Triumph, as were some other elements.

The engine was all Daimler’s own, though, developed by Edward Turner - of Triumph motorcycle fame, ironically - who had become Daimler’s Managing Director following a boardroom coup in 1956. 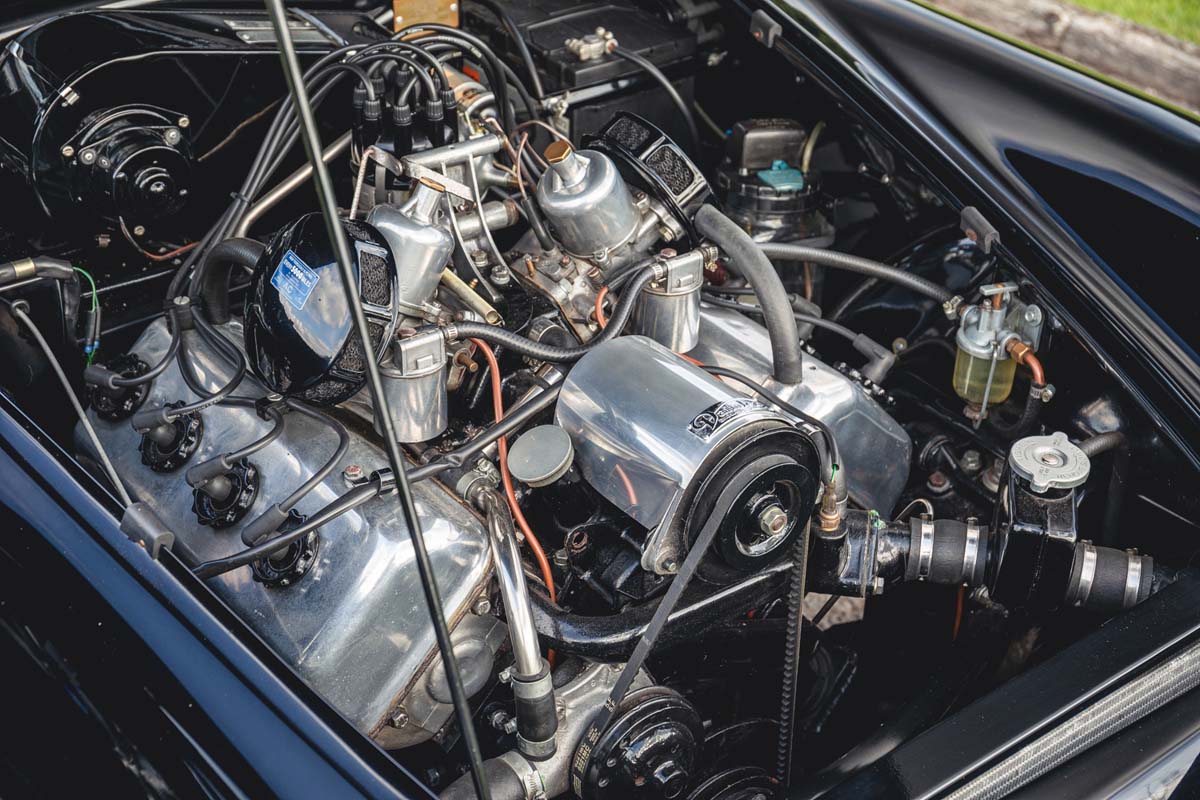 Of 2.5-litre capacity and with hemispherical combustion chambers, the Daimler V8 that was finalised by late 1958 was a compact and high-revving unit – initially created with a saloon in mind but also ideal for sports cars. Daimler were trailblazers in this respect, as the V8 sports car formula wouldn’t be popularised until the arrival of the AC/Shelby Cobra and Triumph Tiger in the 1960s.

The body was also Turner’s own creation and would be made from fibreglass – Corvette-style – for faster and easier manufacturing, as well as reduced weight.

The body would become the most contentious part of the Dart. And while Turner gets a hammering for the Dart’s odd combination of styling elements, it’s believed that his assistant Bill Wickes was as much to blame, too.

With the late-1950s American market in mind, tail fans were prominent, as were blisters over the wheelarches. The front end featured a narrow, low grille adorned with a large ‘V’ borrowed from Cadillac and Chevrolet styling, while the headlights sat high in the front guards – another Triumph TR3 influence. 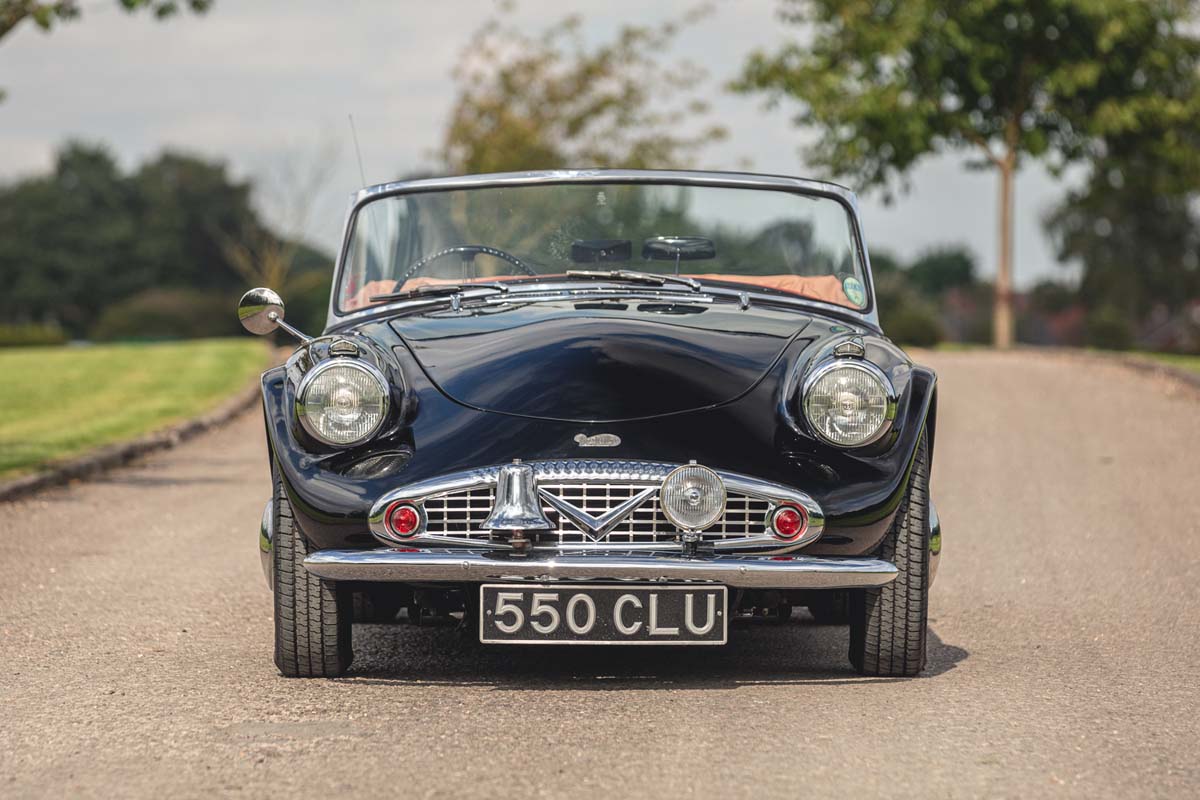 Aside from the ‘fish mouth’ grille, chrome trim on the Dart was minimal, while sports car staples of the time, like a low windscreen and wire spoke wheels, were standard.

In the cabin, there were bucket seats up front and an ‘occasional’ rear seat which was virtually useless for passengers and more practical as a luggage shelf.

Unlike some of its rivals, the Dart featured proper wind-up windows and was well-appointed with floor carpeting and leather seat and dash trim, reflecting what was expected of a car bearing a Daimler badge.

Those appointments and attention to detail made the Dart expensive, though; moreso than Triumph, MG and Austin-Healey sports cars of the time and even nudging close to Jaguar’s XK150. 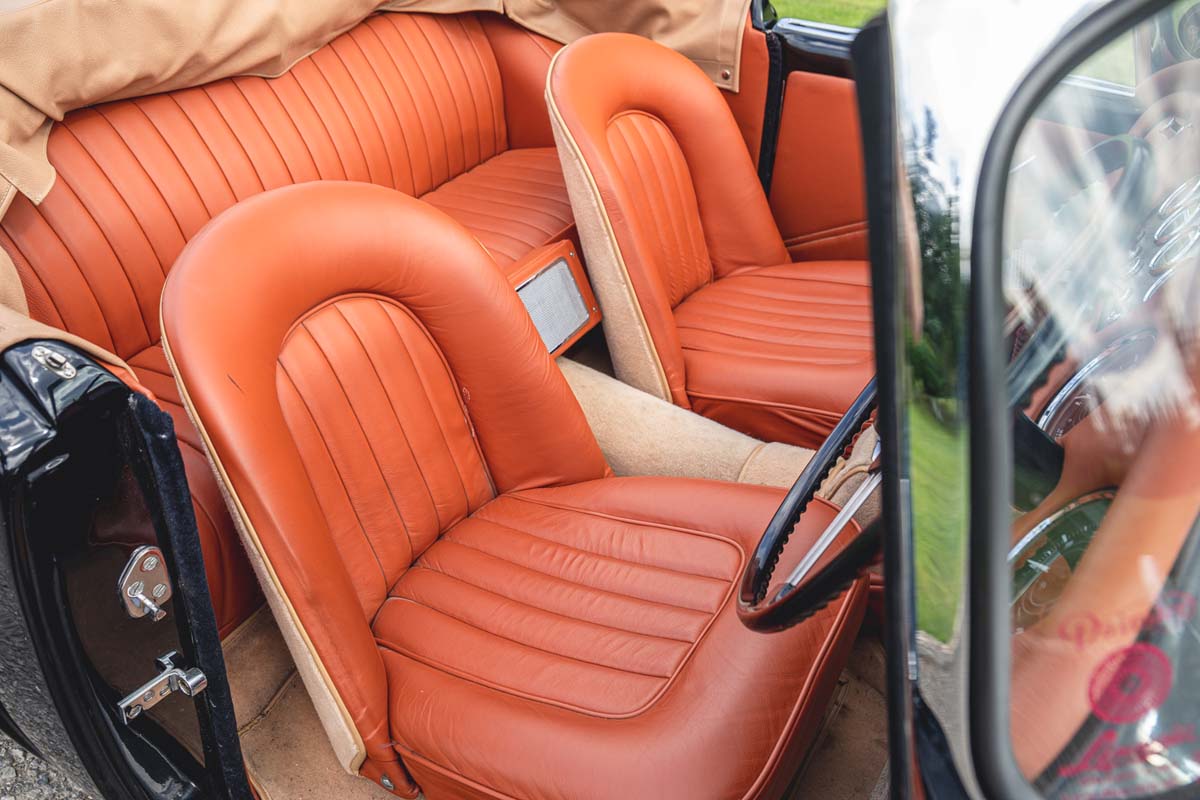 Unfortunately for Daimler, the ‘Dart’ name was had been trademarked by Dodge for North America and was due to be introduced later in 1959 on their new entry-level range. That forced a hasty name change to ‘SP250’, referring to both Sports and the 2.5-litre engine.

It’s been previously reported that the Dart/SP250 was judged the ‘Ugliest Car of the Show’ in New York – hardly a good start for Daimler’s attempt to crack the US market.

The odd looks blighted the SP250’s potential, but they weren’t the only problems.

Daimler had little to no presence in the USA at the time, which meant a poor dealer network and very little service and spare parts support. 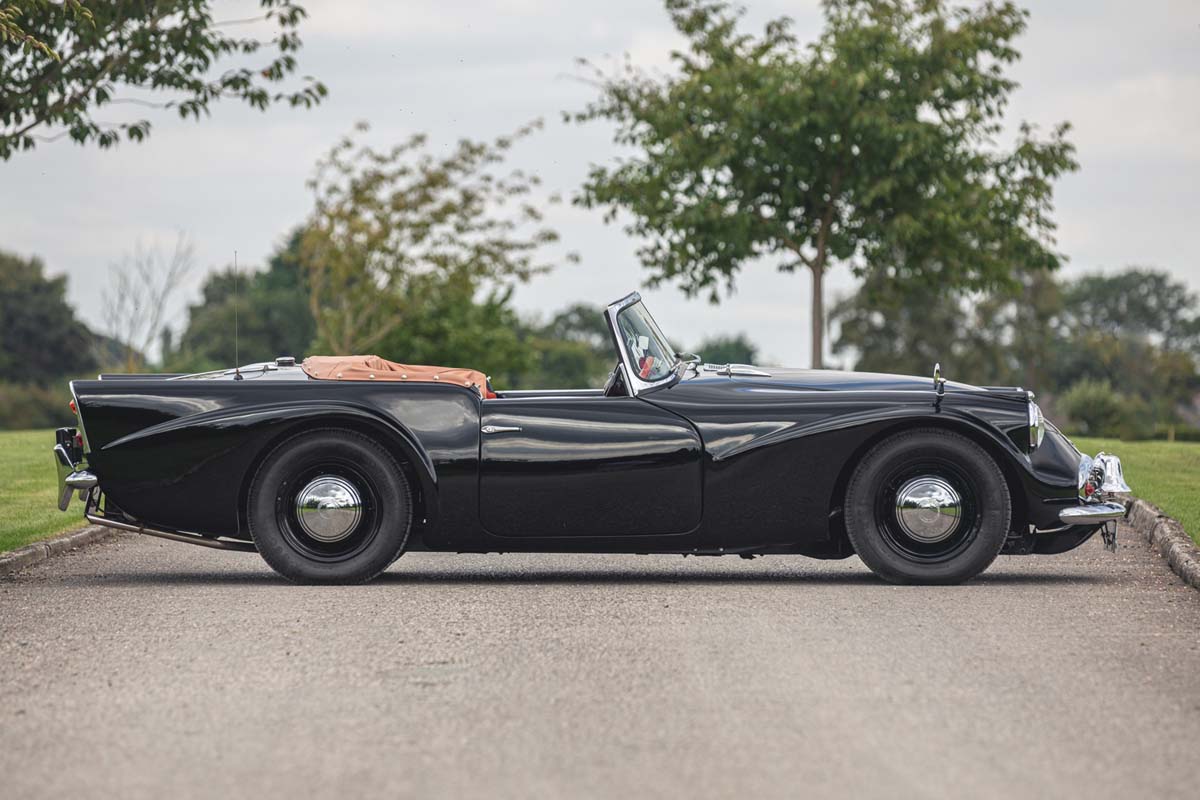 More damning was Daimler’s inexperience with sports car construction, which resulted in a chassis that was too flexible and saw doors fly open under hard cornering. This was addressed with a stiffer chassis as part of a ‘B spec’ upgrade, with other issues addressed in turn. These included the addition of a telescopic steering column and a heater as standard.

By 1961, Jaguar had bought Daimler from motorcycle maker BSA, and with the E-Type also on the market by this time, it seemed as if the SP250 was doomed. Surprisingly, Jaguar kept it in production until 1964 and even considered a radically restyled ‘Mark II’ version before canning the idea. The 2.5 V8 engine lived on, though, powered Daimler’s V8 250 saloons through until 1969. 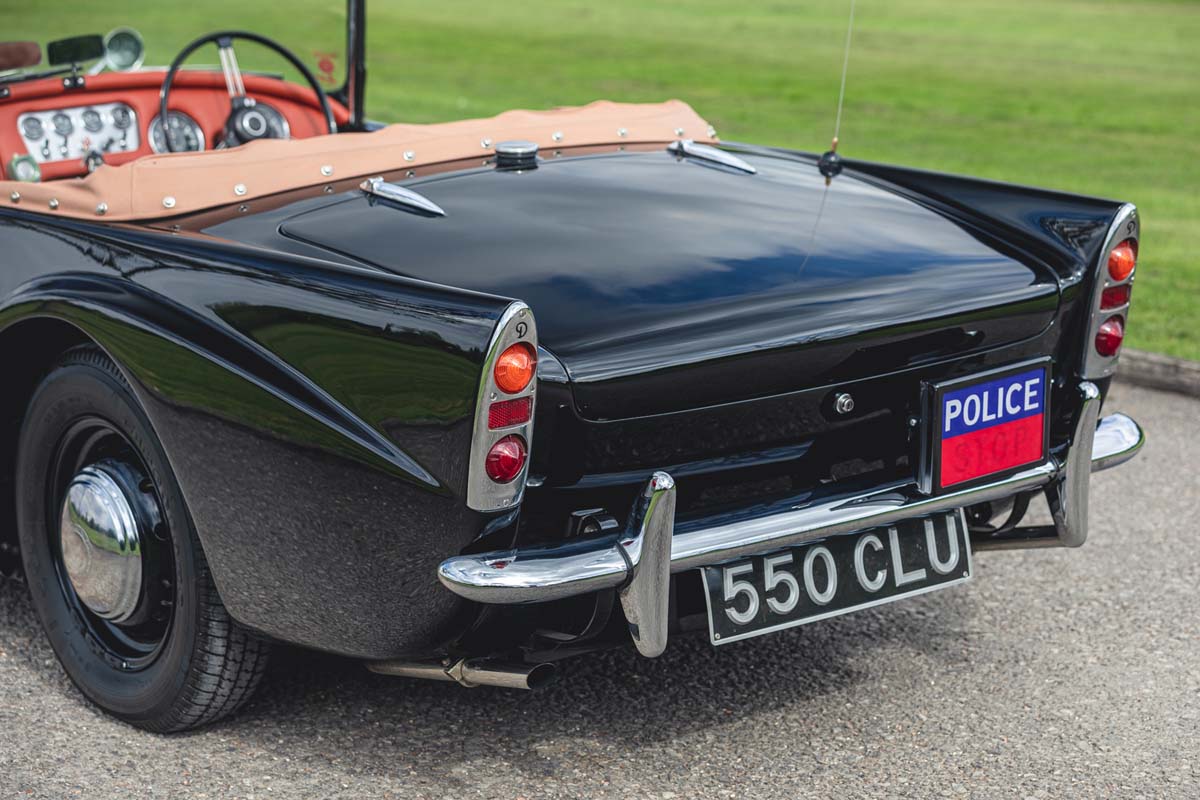 By 1961, the ‘café racer’ phenomenon of motorcyclists racing the streets of London on high-performance bikes had become such a problem – causing accidents and fatalities - that the police were actively looking for a car of suitable pace to combat the menace.

Finished in black, as was common with UK police cars at the time, all the ‘Met’ spec SP250s are believed to have been fitted with a three-speed automatic transmission, which was optional at the time, but modified for police use with the fitting of a system that locked second gear. 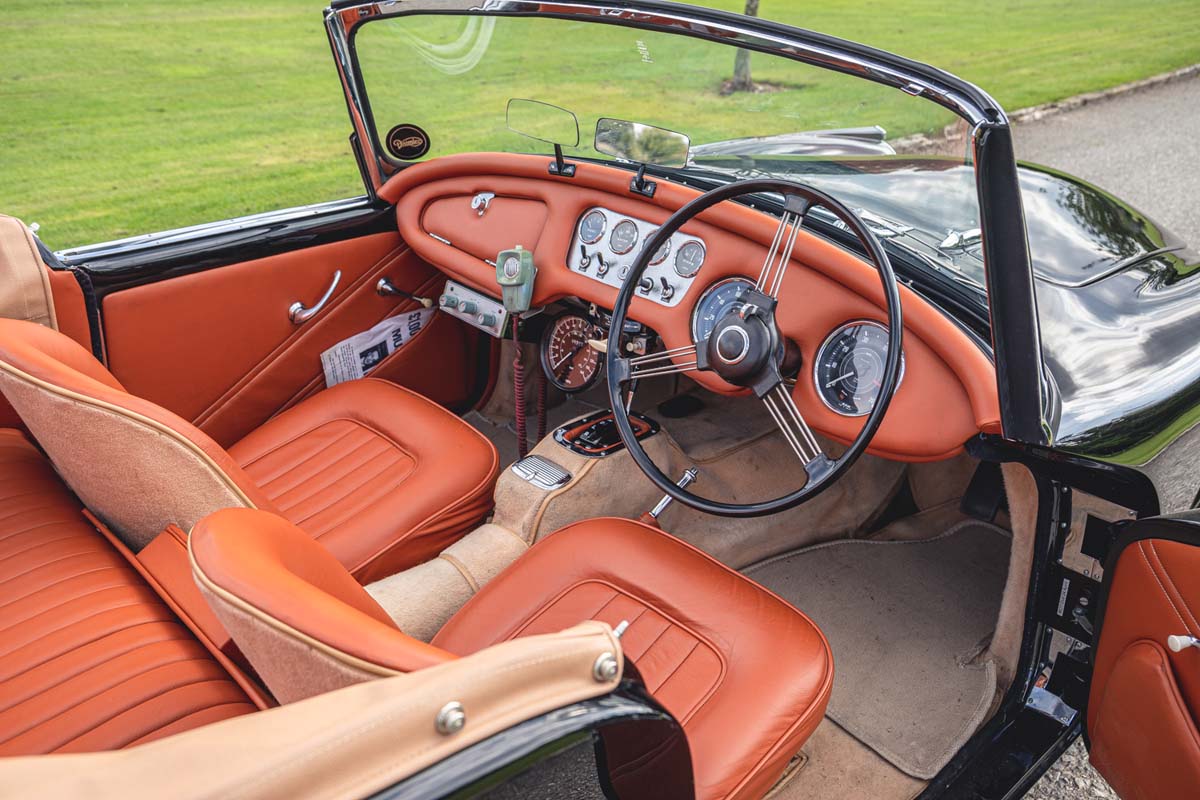 The SP250’s success in catching speeding café racers saw police in other large UK cities adopt them, too, with some police forces here in Australia believed to have also employed the car in a law enforcement role.

While only 2,650 SP250s were built over five years (well short of Daimler’s expectations of 3,000 units annually), the survival rate is reasonable, in part due to the fibreglass body and high pricetag that meant they were generally better cared for than some cheaper “throwaway” sports cars. 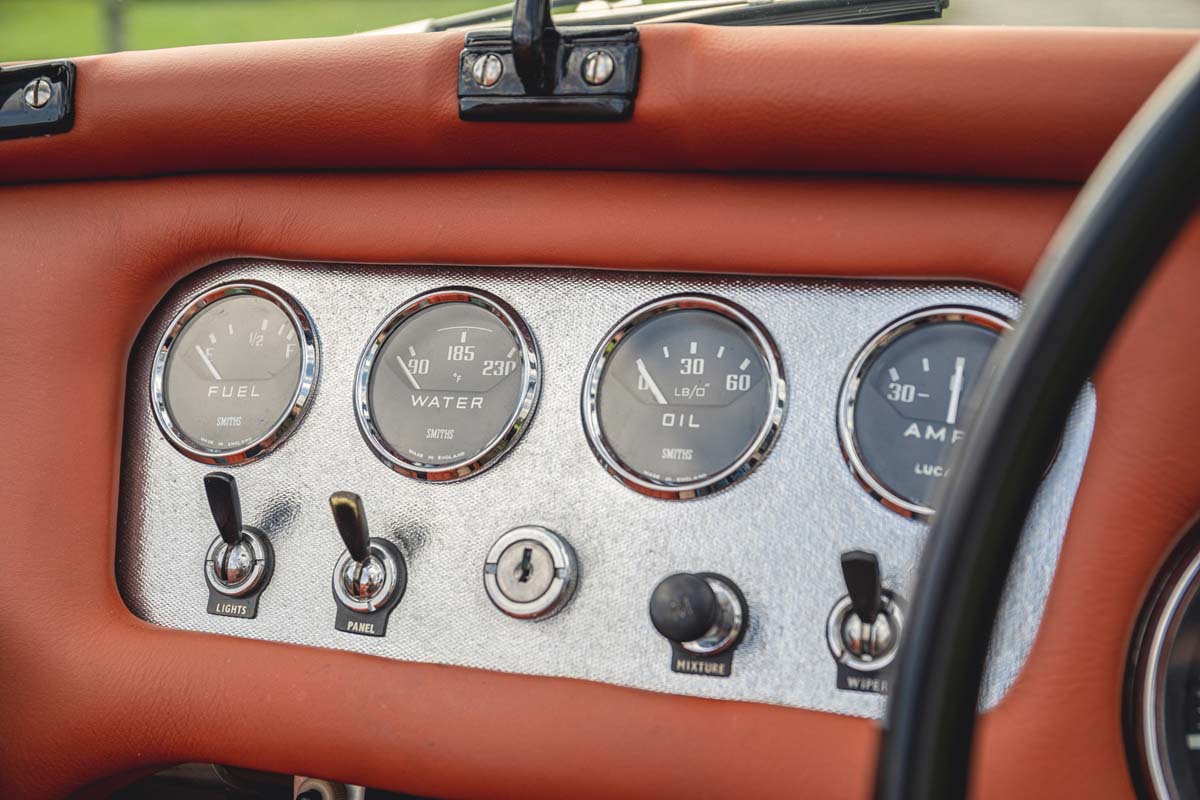 The car on offer through Silverstone Auctions was originally registered with the Metropolitan Police in 1961 and racked up more than 97,000 miles in five years’ service before it was sold to its first private owner.

A subsequent owner, who was also the President of the Daimler SP250 Owners Club, subjected the car to a comprehensive restoration to concours standard, which included sourcing and fitting Met equipment like the in-car radio communications gear and front-mounted bell and spotlight. 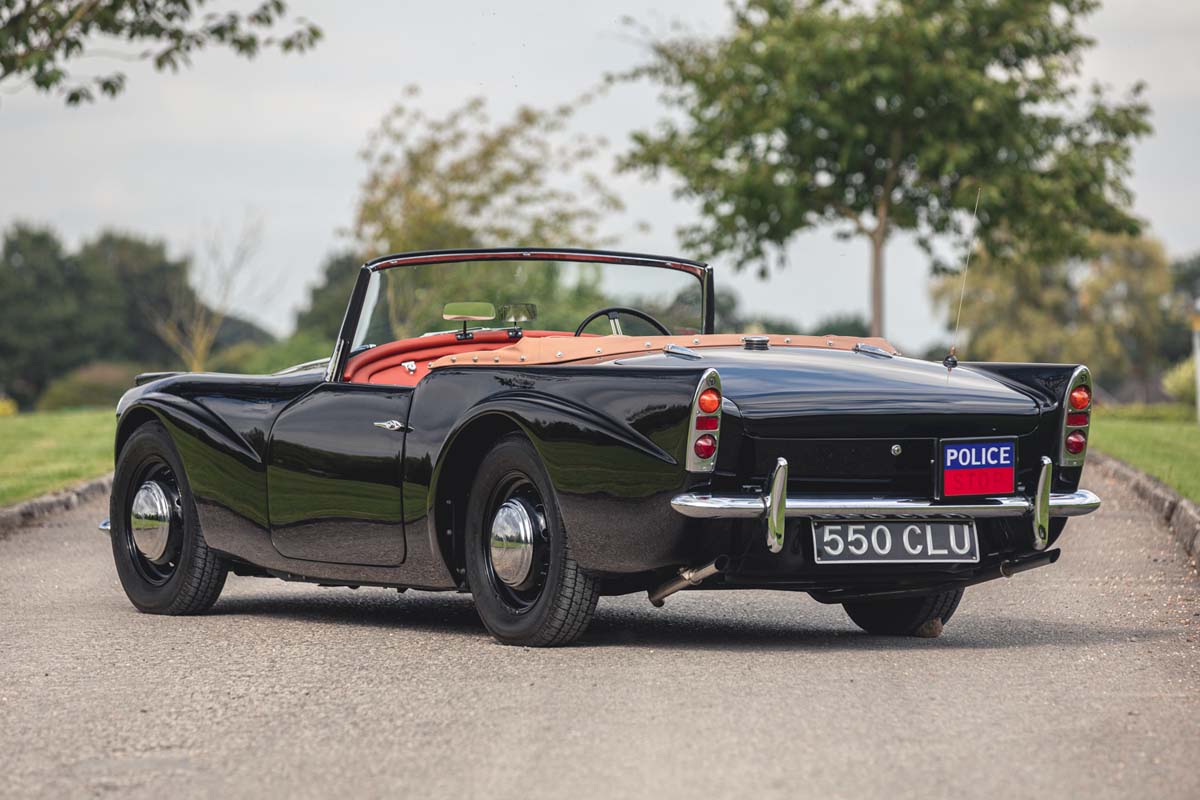 In 2016, this SP250 was purchased by the vendor, who took it to numerous classic car runs and concours events.

To be auctioned on Saturday, 13 November, this SP250 comes with a full history file, including photos of it in Met service, Met historic fleet records, owner’s manual, accessories manual and more.

For information on other lots from the Silverstone Auctions NEC Classic Motor Show Sale this 12-14 November, click HERE.