New 2014 Dodge Charger and Challenger 100th Anniversary Editions will arrive at North American dealerships in the first quarter of 2014 with world-class power and performance, innovative technology features, bold styling with commemorative design details inspired by the brand's heritage. Australian availability of these models is expected to be limited to special and private imports only.

"The Dodge Charger and Challenger are the perfect foundation to celebrate 100 years of Dodge style and performance," said Tim Kuniskis, President and CEO — Dodge Brand.

"Over the last century, the Dodge brand has seen its biggest success when we've combined head-turning designs with ingenious engineering and world-class performance. These two iconic muscle cars do all of that and more. They represent the Dodge brand's heart and soul."

Powerplant options across the two 100th Anniversary Editions include the standard Pentastar V-6 and the legendary 5.7-litre HEMI V8 that produces 375hp and 395lb/ft torque. They will also feature innovations like Uconnect and the segment-exclusive ZF eight-speed automatic transmission.

Both limited production vehicles will be available in new "High Octane" red pearl coat paint, which is exclusive to the 100th Anniversary Editions, as are all-new 20-inch aluminium wheels. The special editions will feature commemorative badging on the front guards and wheel centres, with the 100 Years logo also reproduced inside on the seat backs, floormats and console display. A clever touch is the contrast colour for the '100' on the speedometer.

Purchasers of either 100th Anniversary Edition will also receive a unique key fob and a special limited-edition owner's kit and a commemorative book that celebrates 100 years of Dodge heritage.

Stylistic appointments to commemorate the brand's century include "Dodge Est. 1914" bar-style badges on the front guards, with the special Dodge "100" logo added to the centre caps. Additional exterior appointments include a body-colour rear spoiler and, on models with the legendary HEMI, a red heritage version of the "R/T" grille badge.

Based on the 2014 Dodge Charger SXT Plus, the 100th Anniversary Edition features the award-winning 300hp 3.6-litre Pentastar V6, with active intake manifold and sport mode, and state-of-the-art 8-speed transmission. The Charger SXT Plus delivers a best-in-class rear-wheel-drive fuel economy of up to 31 mpg, and a 0-60 mph time in the low 6-second range.

Optional on the Dodge Charger 100th Anniversary Edition is the 370hp 5.7-litre HEMI V-8 with four-cylinder mode Fuel Saver Technology and up to 25 mpg on the highway. This option is based on the 2014 Dodge Charger R/T Plus.

Completing this special model are two unique key fobs, which include a 100th Anniversary Edition jewelled logo on the back side, customized owner's kit and a special commemorative book celebrating the 100 years of Dodge heritage.

Available in limited quantities, the 2014 Dodge Charger 100th Anniversary Edition package is available for a U.S. MSRP of $2,200 premium over the SXT Plus or R/T Plus trim levels.

Engine options for the Dodge Challenger 100th Anniversary Edition include the 305hp 3.6-litre Pentastar V6 from the Challenger SXT Plus, or the 5.7 HEMI V8 from the Challenger R/T Plus, which offers up to 375hp and sub-6 second 0-100 kph performance. A six-speed manual or 5-speed auto transmission is available with the R/T Plus-spec version. Both V6 and V8 models include sport mode calibration, performance-tuned suspension and three-spoke flat-bottom performance steering-wheel.

Available in limited quantities, the 2014 Dodge Challenger 100th Anniversary Edition package carries a U.S. MSRP of $2,500 premium over the Challenger SXT Plus or R/T Plus trim levels. 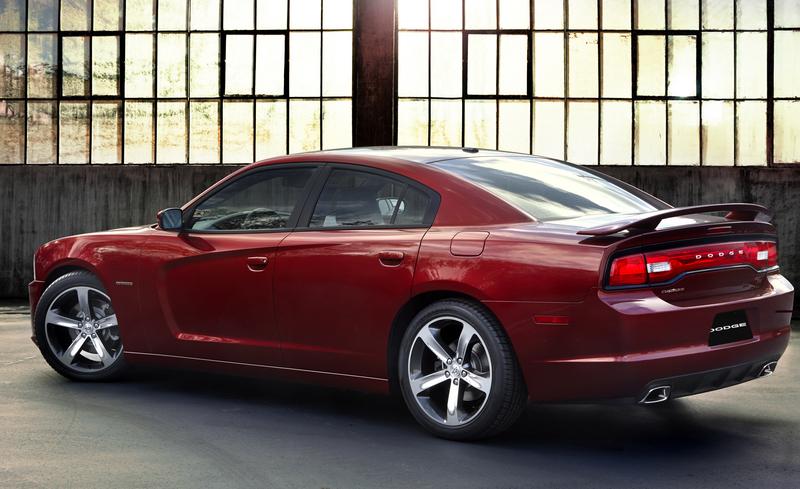 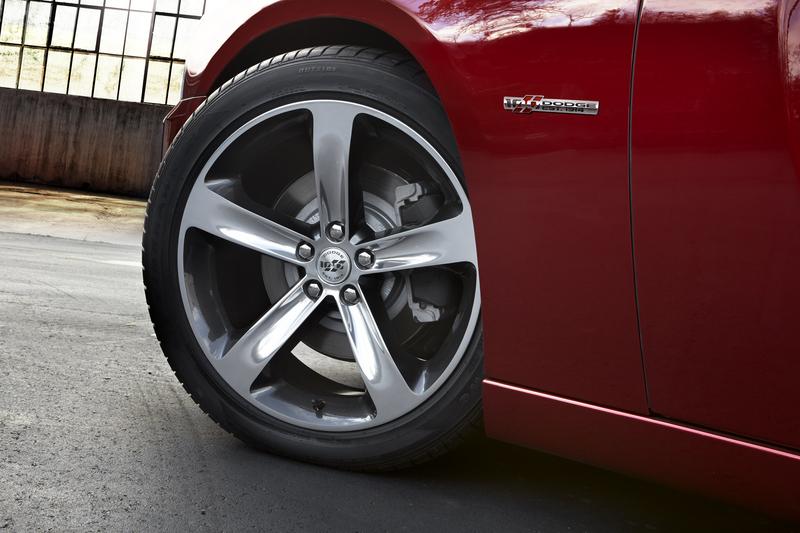 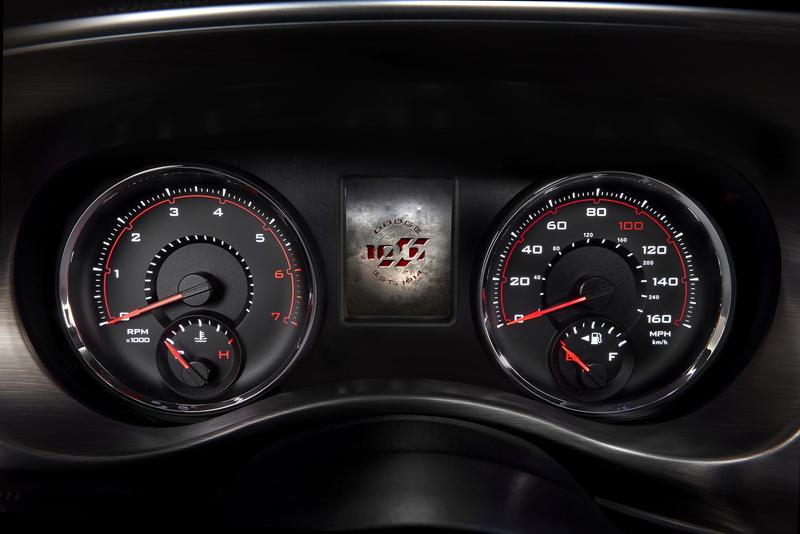 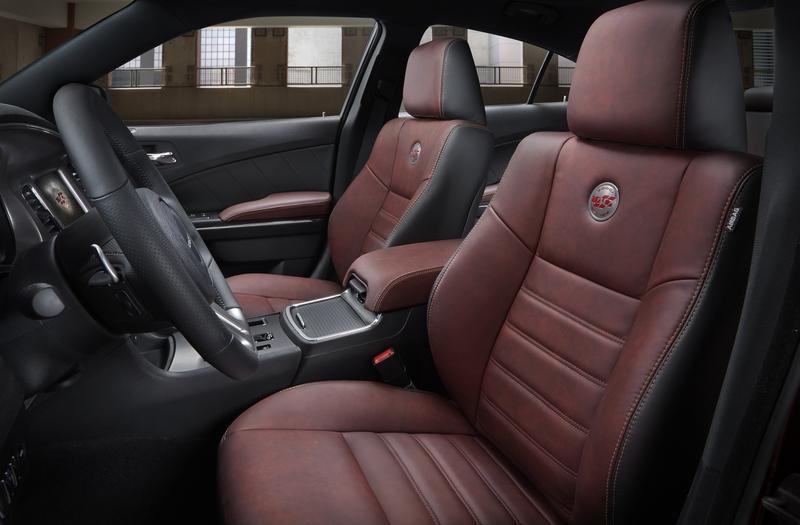 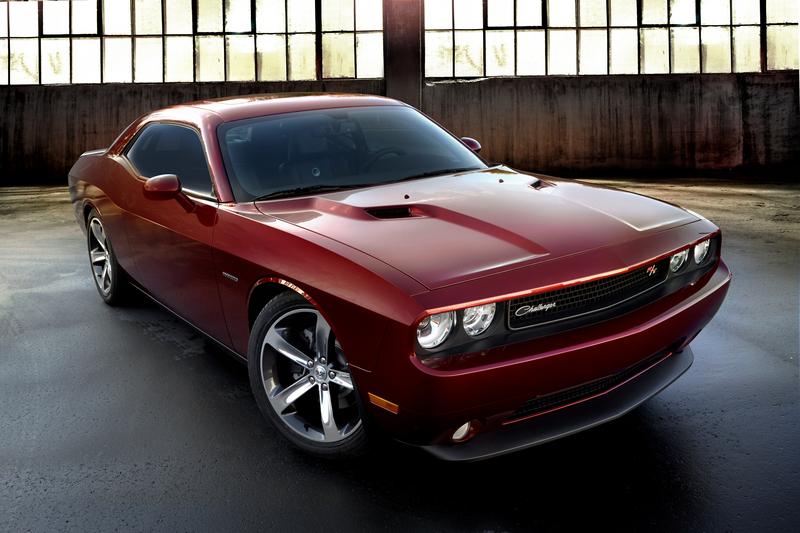 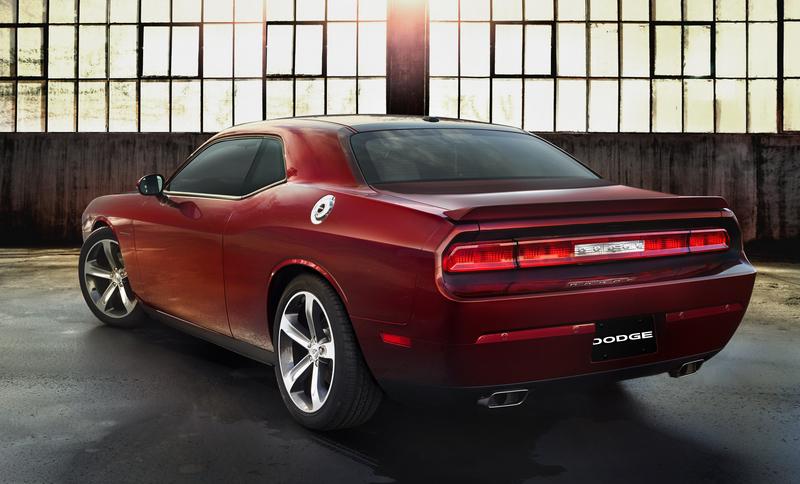 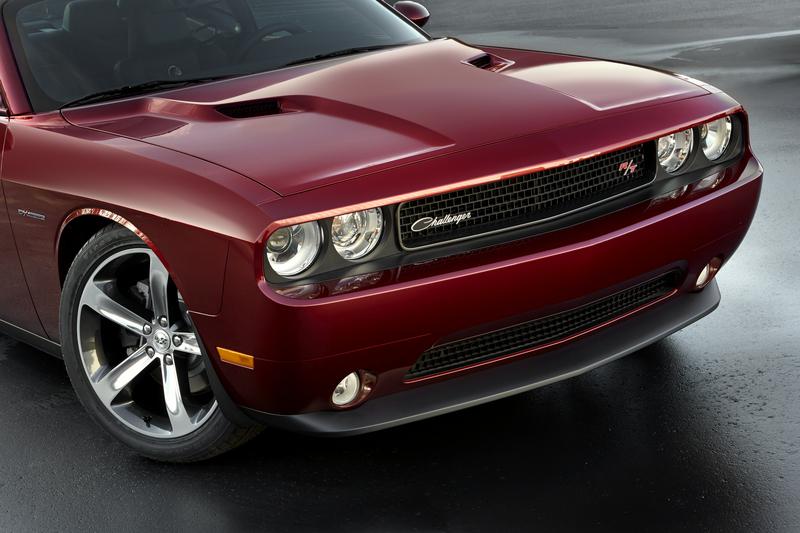 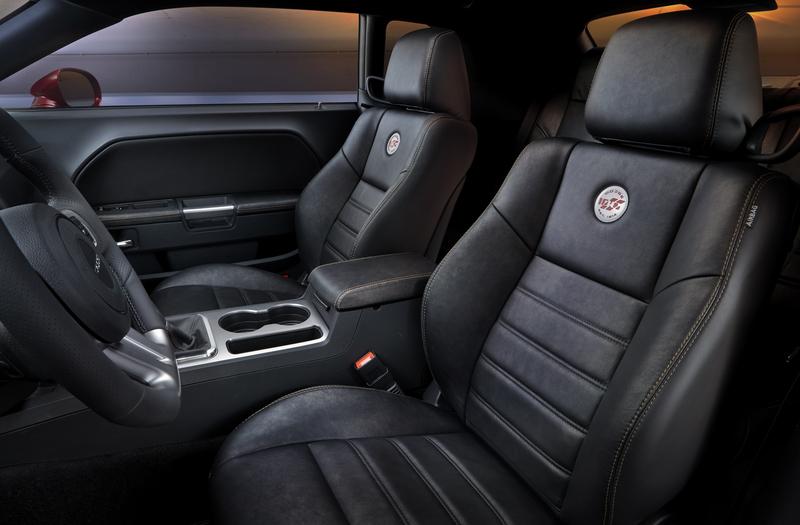 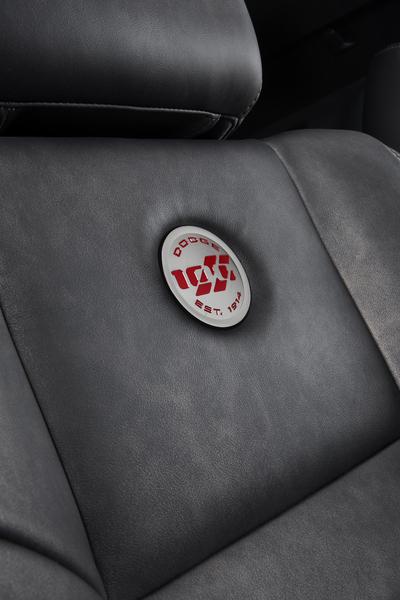 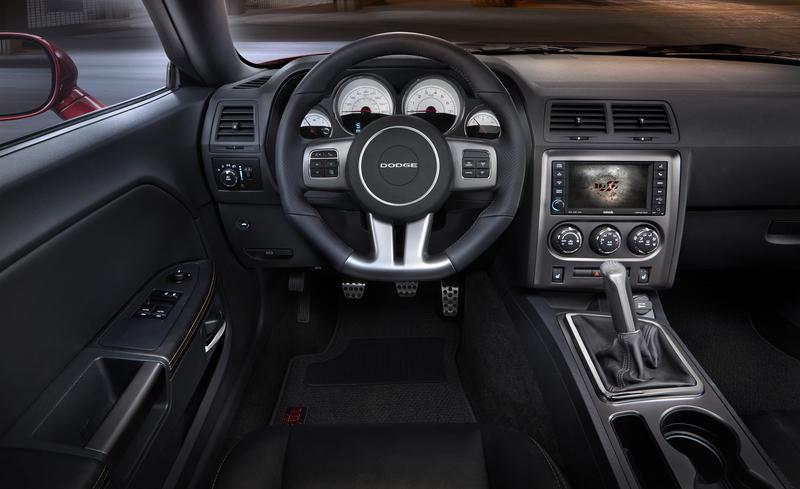 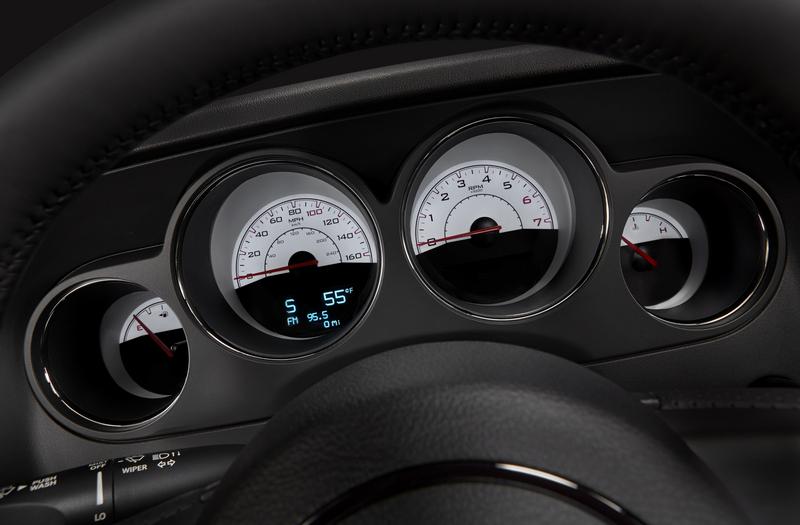 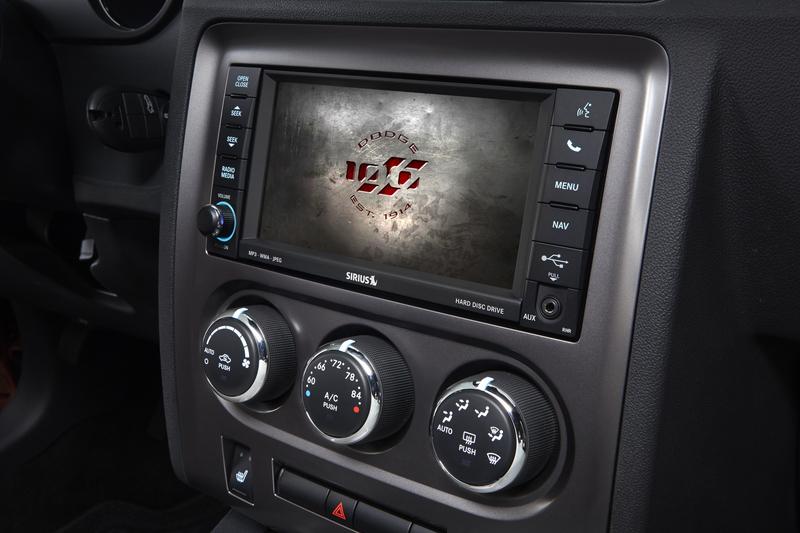 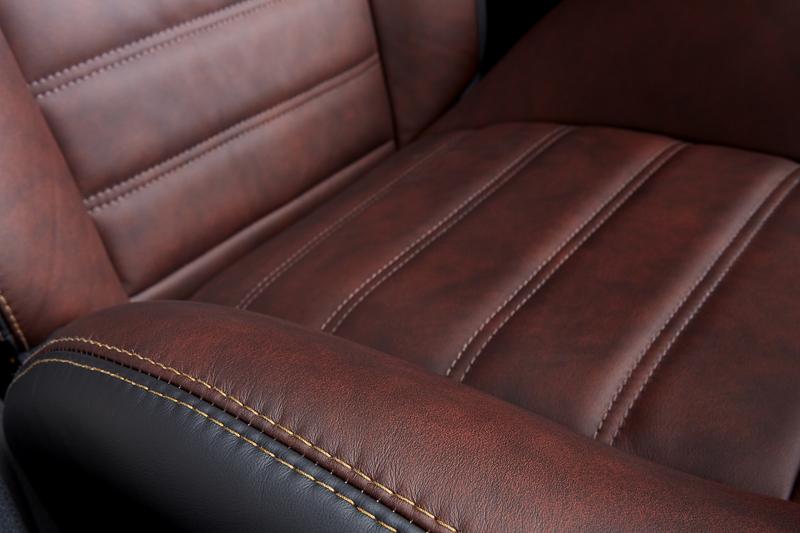 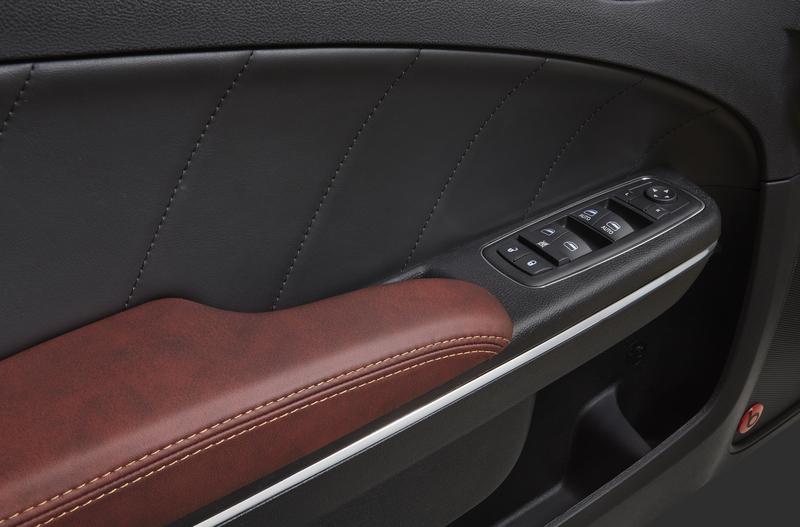 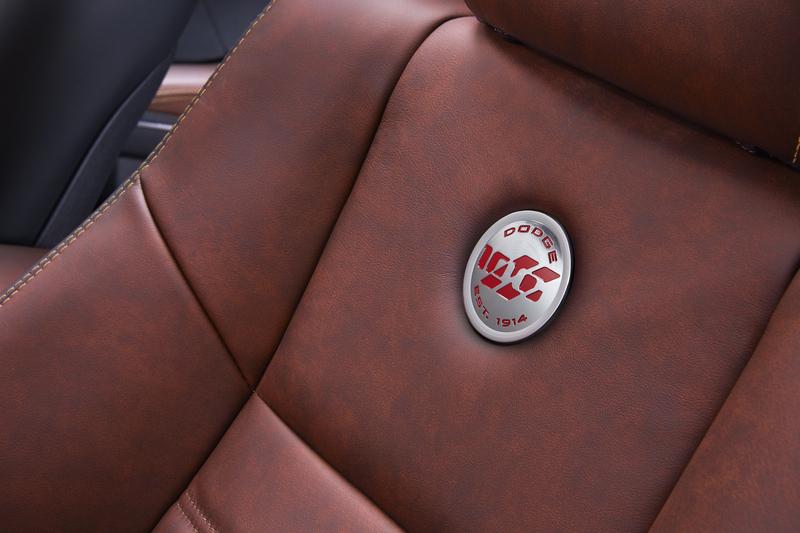 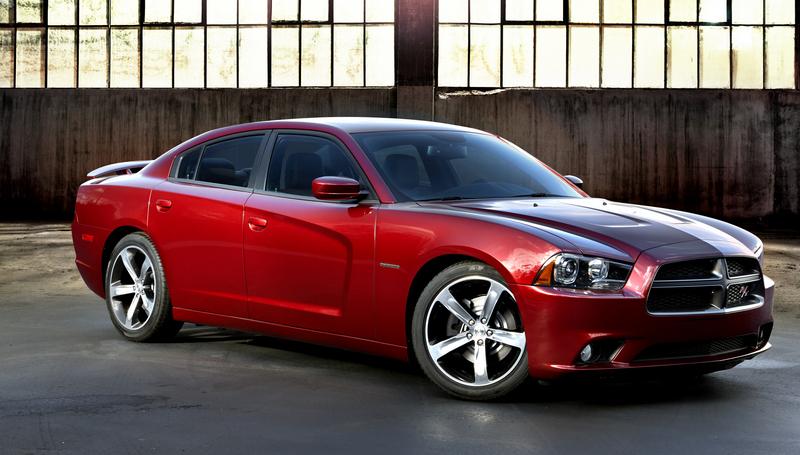