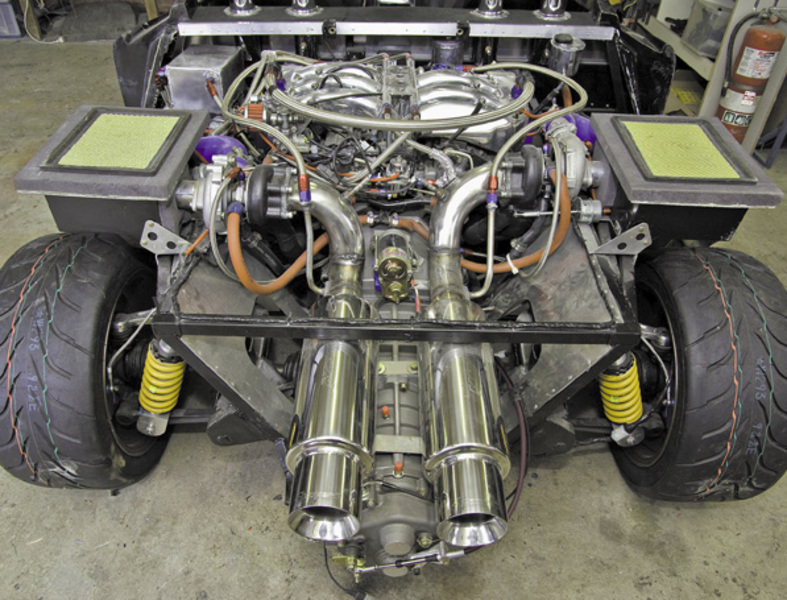 E-Vade brings to life the dream of a naval officer to design and build his own land based transport to his own exacting standards.
A new Australian sports car will make its world debut at the Melbourne Motor Show when the wraps come off the Melbourne-built E-Vade.

E-Vade brings to life the dream of a naval officer to design and build his own land based transport to his own exacting standards. Lieutenant Commander David Walter is the ship's engineer for the Anzac class frigate HMAS Ballarat.
He has drawn on all his engi-neering expertise and lifelong love of cars to create a potent two-seater that is equally at home on the track as the road.
E-Vade is a joint effort by David and his wife Peta, who encouraged David to design his own car rather than building a kit car, and has "got out there and got the overalls on" to work on it.
David's objective has been to build a car for himself and Peta to enjoy "and if we end up making and selling more of them, then that's something extra".
It has been more than five years since David and Peta started talking seriously about building the car, with serious design work starting in 2002 and the first parts built in 2003.
E-Vade has a mild steel space-frame chassis clad in fibreglass, and weighs just 950 kg in road-going form and 900 kg for a track car being built beside David and Peta's own car.
Power comes from a Nissan V6 engine, mounted longitudinally behind the driver and modified to produce around 300 kW for the road car and more than 500 kW for the track car.
Both engines drive through a five-speed transaxle built by Ballarat high-performance gearbox manufacturer and exporter, Albins Off Road Gear.
A special track-oriented feature of both cars is a built-in hydraulic jacking system which can lift the whole car about 20 cm at the press of a button for quick wheel and tyre changes.