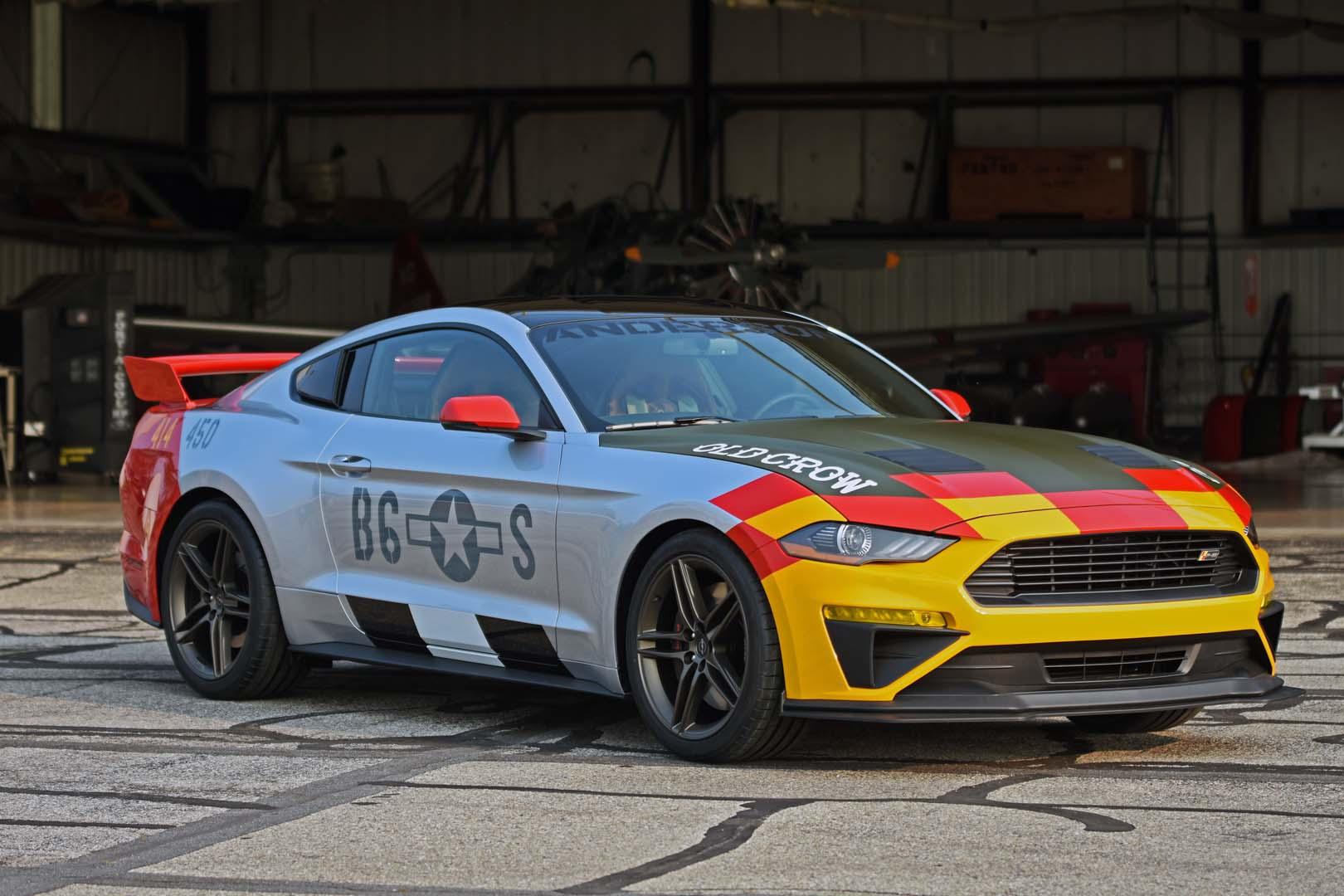 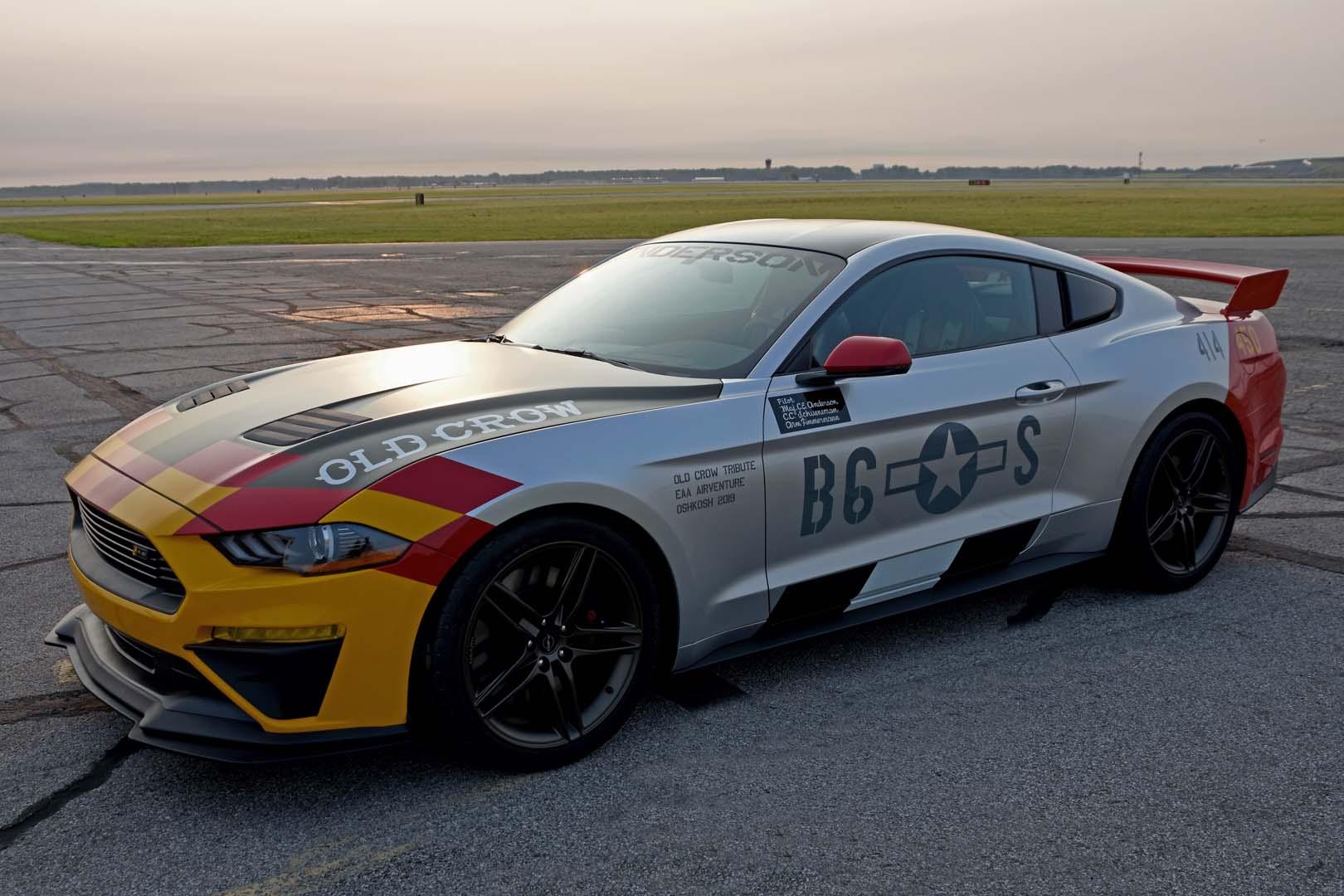 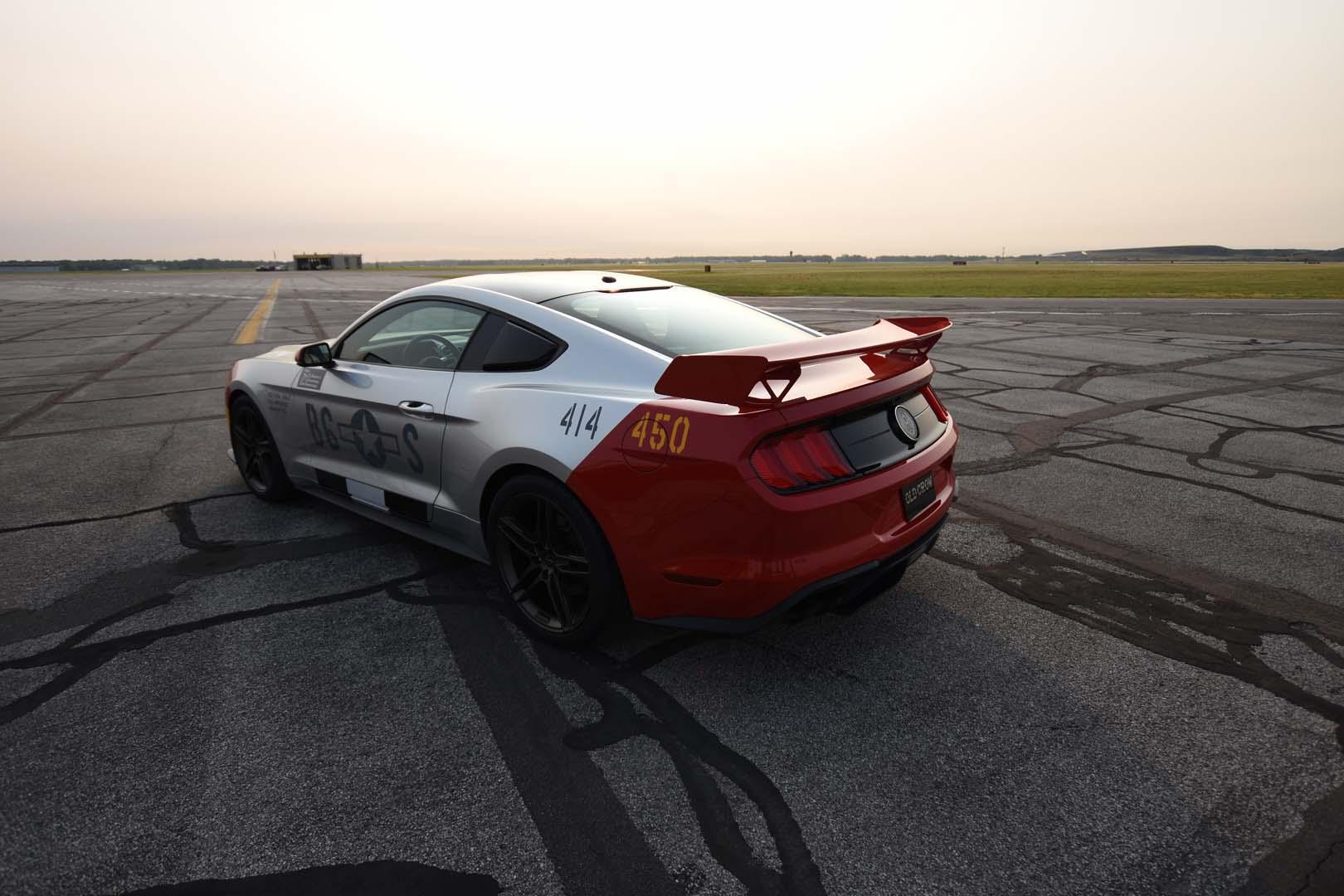 While it’s a car company first and foremost, Ford has a history in aviation, too.

From a Model T engine in an experimental aircraft in 1909, to their well-known ‘Tri-Motor’ model of the 1920s, Ford was deeply involved in the aviation industry for a period, and would manufacture engines, gliders and complete aircraft in bewildering numbers during World War II, too.

In 1984, Henry Ford was recognised by the National Aviation Hall of Fame in the US for his contribution to the industry, while more recently, Ford has supported the Experimental Aircraft Association (EAA), a community of pilots, aviation industry members and enthusiasts.

Since 2008, Ford has increased their support of the EAA, by creating a one-off vehicle for auction at the organisation’s annual ‘AirVenture’ air show in Oshkosh, Wisconsin, with proceeds benefitting the EAA’s youth aviation programmes.

As you’d expect, each of these vehicles have been modified with an aviation theme and all bar one have been based on the Mustang.

The first EAA giveaway Mustang from 2008, dubbed the ‘AV8R’, was fairly subtle compared to what would follow, but it’s been the most lucrative for the EAA so far, selling for US$500,000.

Since then, Mustangs have been created in tribute to the US Air Force and US Navy aerobatic teams, the ‘Tuskegee Airmen’ African-American pilots of WWII, the famous Lockheed SR-71 spy plane and even the Apollo space programme.

For 2019, rather than a specific plane, squadron or era, Ford honoured a man – multiple WWII ace and 30-year veteran of the US Air Force, Colonel Clarence E. ‘Bud’ Anderson. 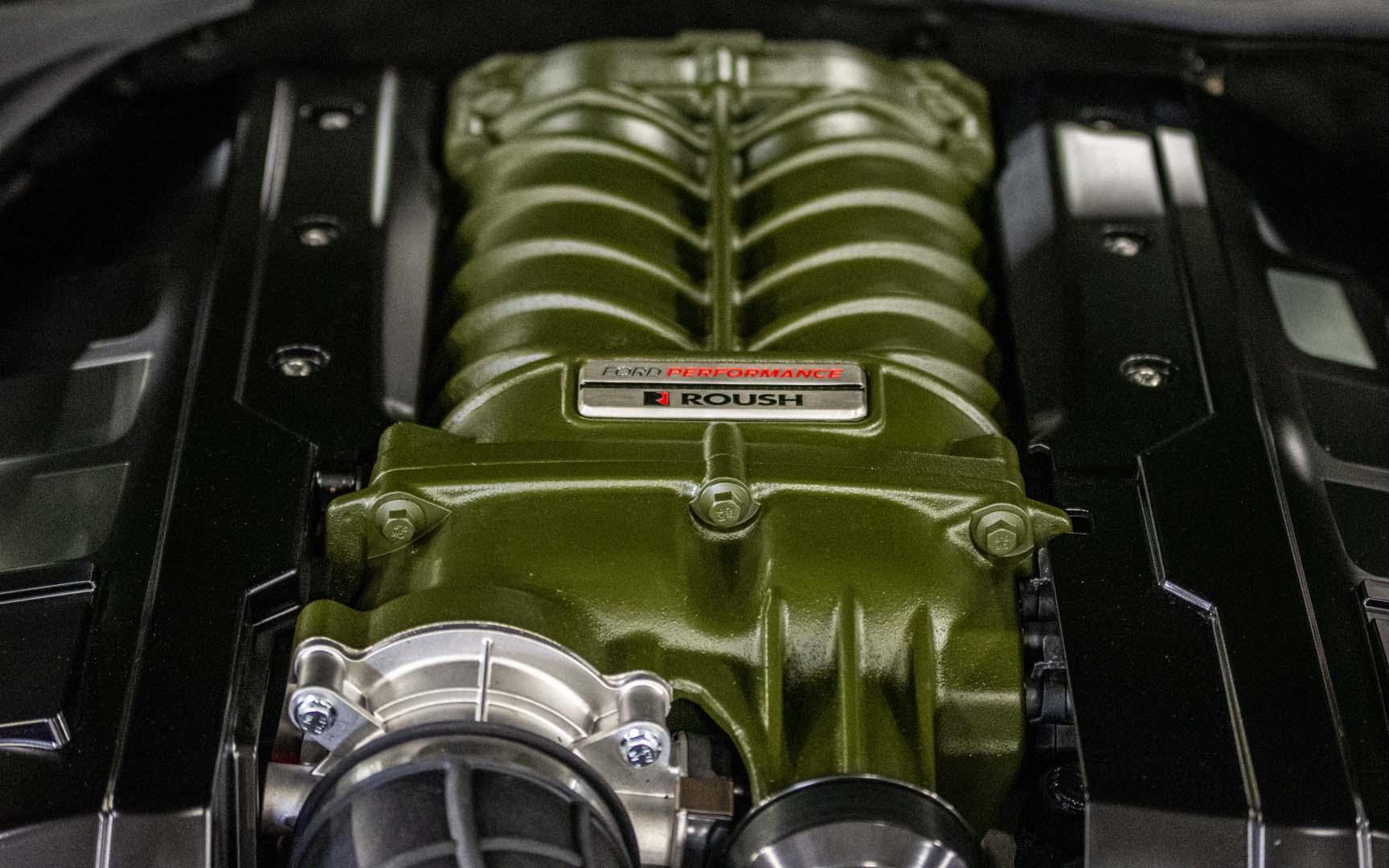 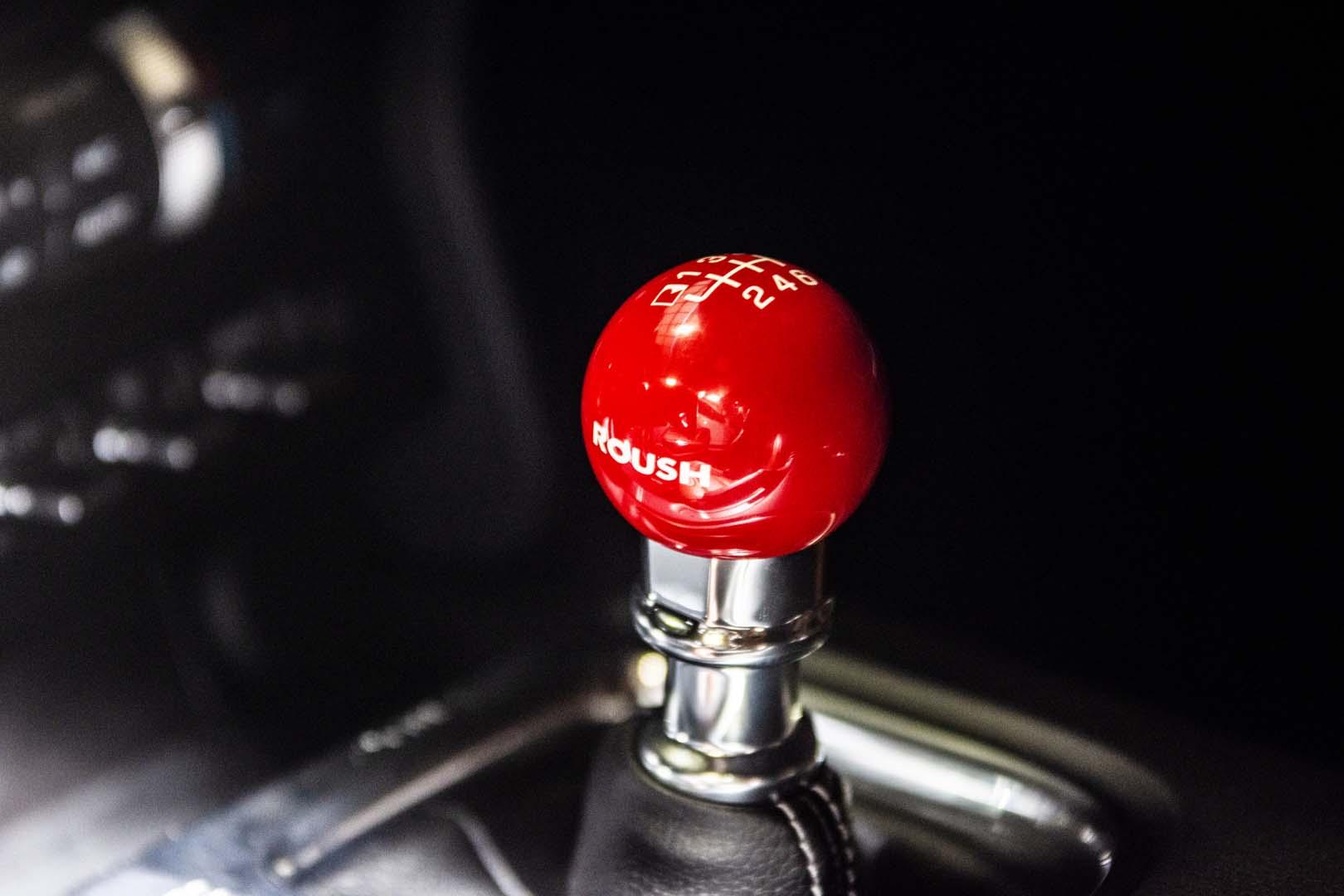 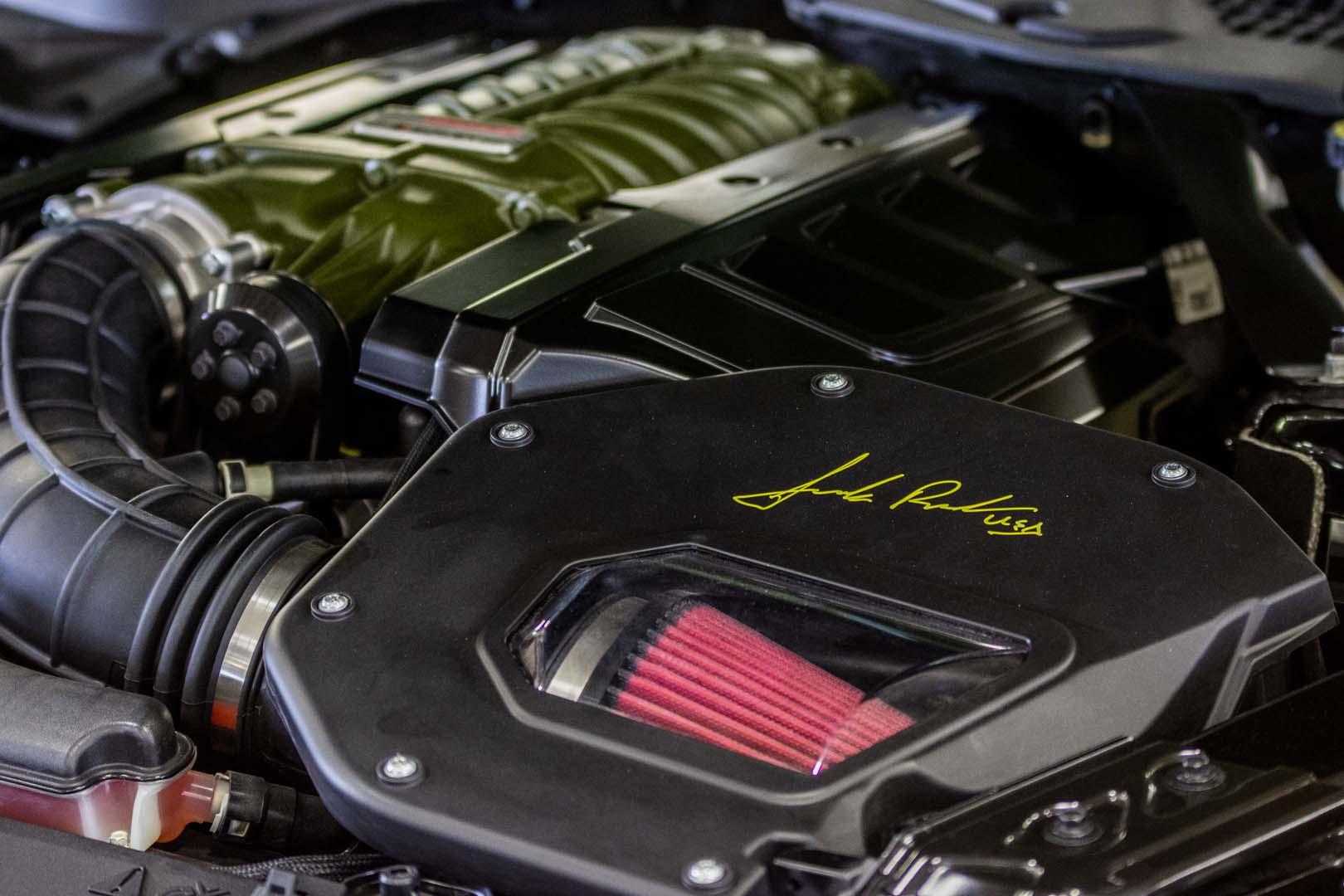 Born in California in 1922, Anderson took his first flight aged seven and was a licensed pilot by the time he was 19. Enlisting in the US Army Air Force a month after Pearl Harbour, Anderson trained on P-39 Airacobras and received his commission in September of 1942.

Posted to England in November, 1943, Anderson would spend all his combat time in the famous P-51 Mustang. That time included 116 bomber escort missions and he also spent more than six-hours in the air in support of the D-Day landings on 6 June, 1944.

As part of the 357th Fighter Group (that also included Chuck Yeager, who would later break the sound barrier), Anderson was in action until January of 1945, scoring 16 ¼ kills in that time to be a ‘triple ace’ (5 kills qualified a pilot as an ace) and third-highest scorer overall in the 357th.

Of the three different Mustangs he flew in Europe, Anderson personalised each with ‘Old Crow’ on the nose; the name taken from a brand of whiskey popular in the US at the time.

After World War II, Anderson served as a test pilot and squadron commander, seeing combat again in Korea and Vietnam before retiring as a colonel in 1972.

Inducted into the National Aviation Hall of Fame in 2008, Anderson is the oldest surviving American fighter ace from WWII after a 104-year-old Marine Corps ace passed away in August.

While he never owned a roadgoing Mustang, Anderson did have a close relative in the form of a ’67 Mercury Cougar. 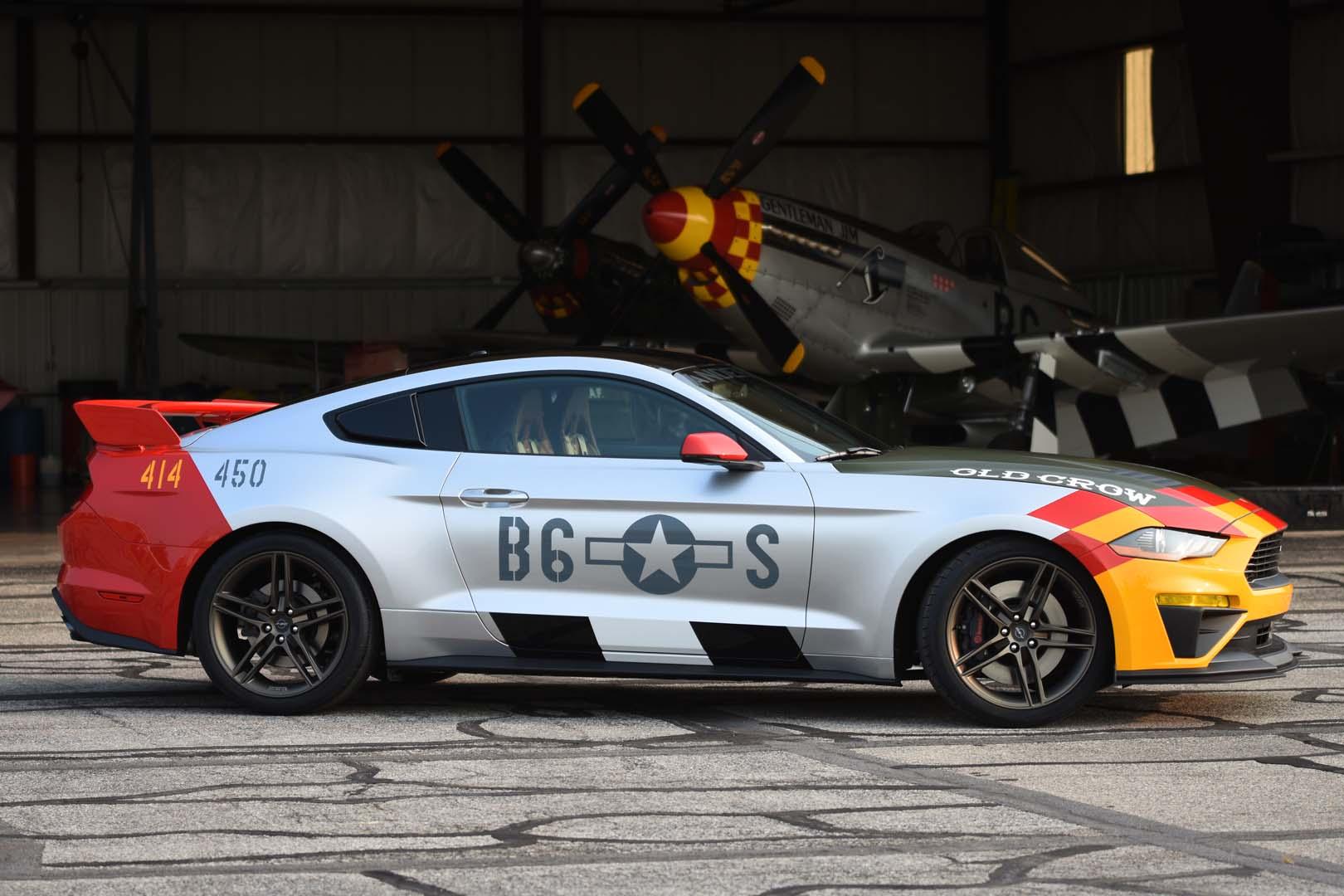 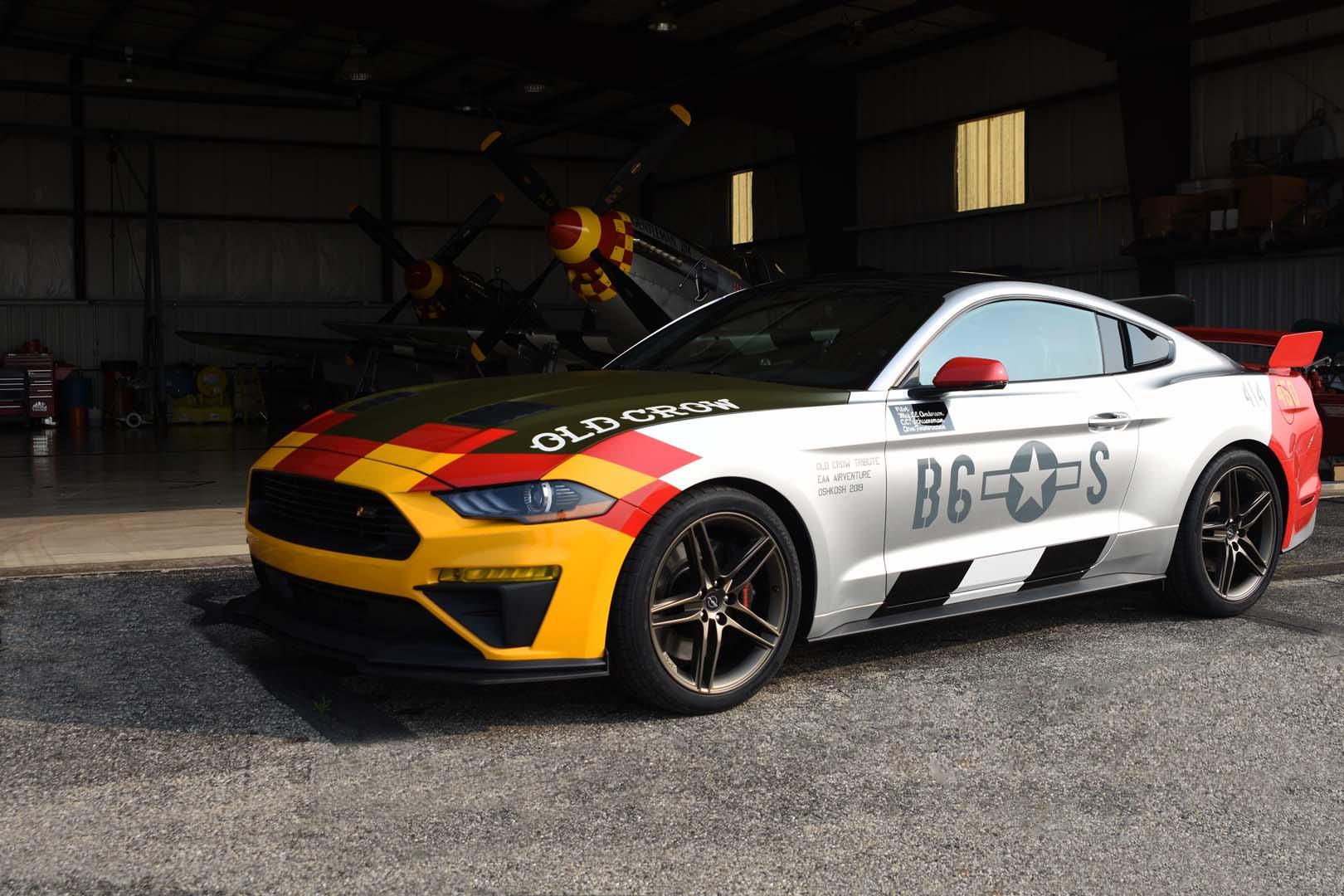 For their tribute to Anderson, Ford partnered with Roush Performance to create the ‘Old Crow’ Mustang GT.

The involvement of Roush Performance was a no brainer, and not just for the company’s history in performance Mustang parts and modifications. A pilot and aviation buff himself, Jack Roush Sr. is also a personal friend of Anderson and has built two replicas of the ace’s Old Crow P-51 Mustang.

“It is truly special to have the opportunity to honour a great American hero and a truly great friend of mine such as Col. Bud Anderson,” said Roush, Sr. “Building this incredible ‘Old Crow’ Mustang, especially to support the next generation of America’s pilots, has been a very rewarding opportunity and one that we’re proud to share with the world.” 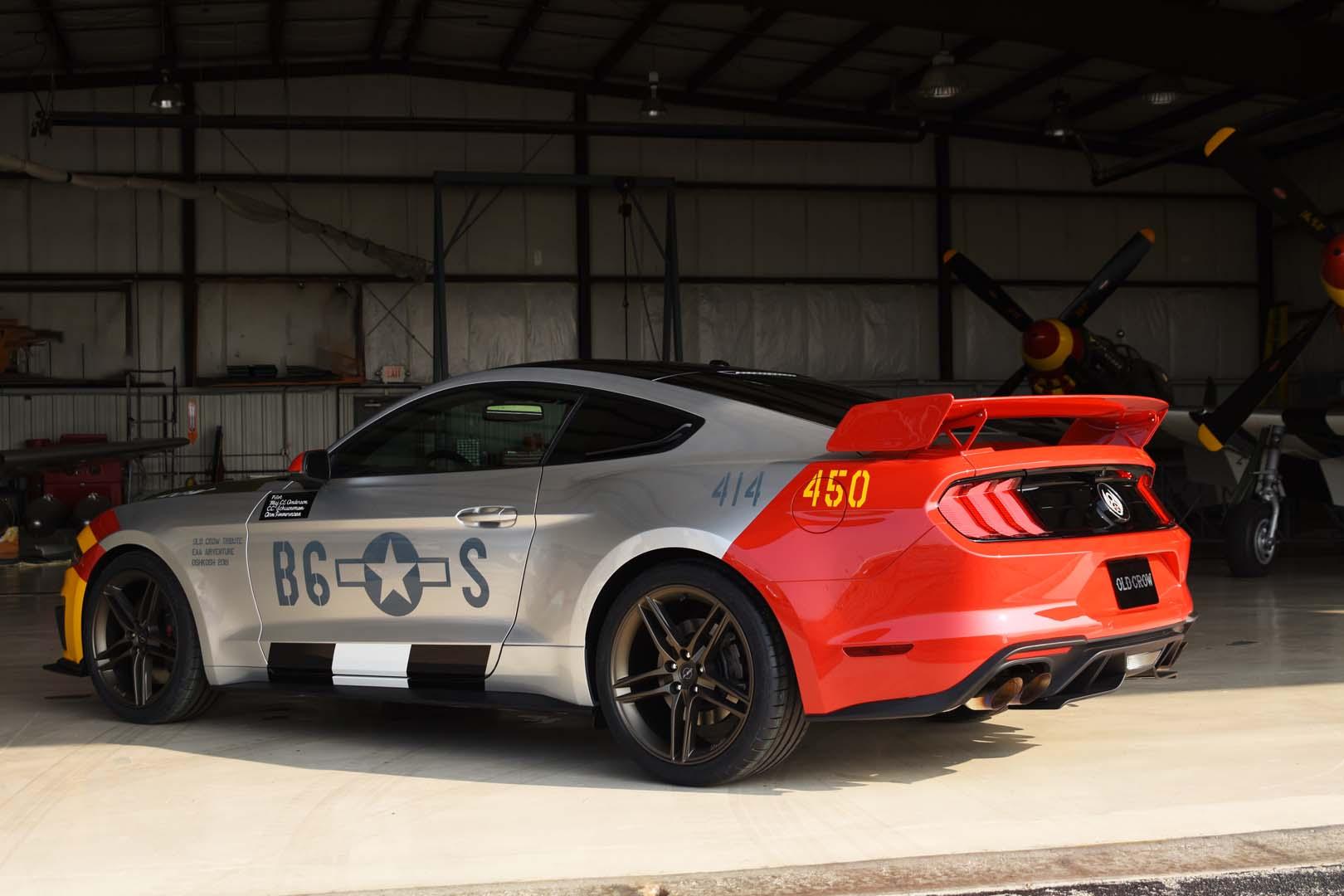 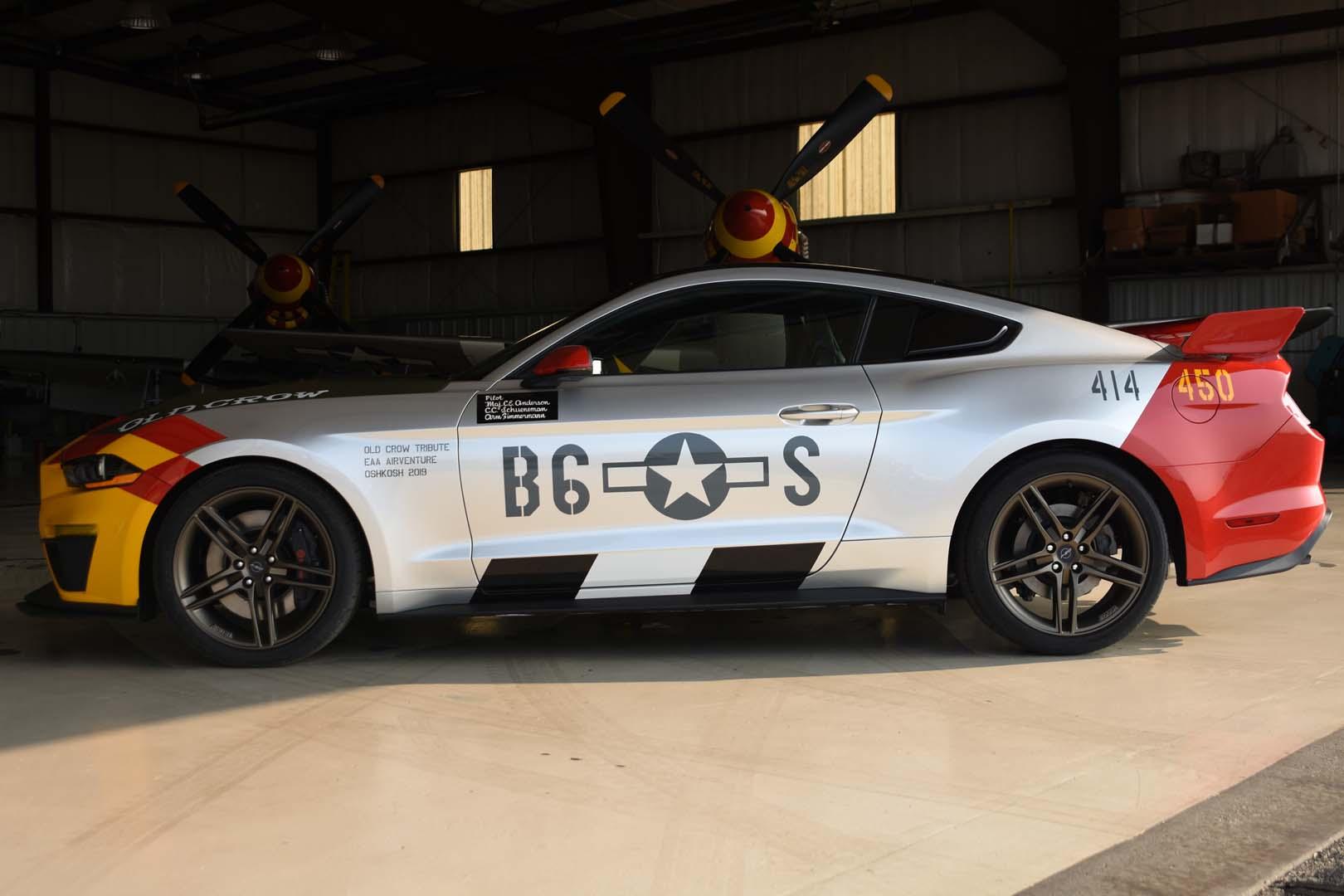 The rear fascia aerofoils also came from Roush, while the front racing spoiler was a Ford Performance item and the rear spoiler was taken from the brand-new 2020 Mustang Shelby GT500.

The predominantly silver finish on the Mustang was inspired by that worn by Anderson’s planes in the latter stages of the World War II, when camouflage was minimal. The yellow nose and checker strip references the 357th’s group identification, while the red back end and ‘B6-S’ replicates the tail colour of planes in the 363rd Fighter Squadron to which Anderson belonged and his individual identification within that squadron. The black and white stripes on the bottom edge of the doors reference the ‘invasion stripes’ that all Allied aircraft carried during the Normandy invasion that marks its 75th anniversary this year.

‘Old Crow’ graces the bonnet in the same hand-drawn style of the original, as does the pilot identification and ground crew members on the driver’s door. But, perhaps for reasons of political correctness, Anderson’s tally of kills – small Nazi flags- were not included in the tribute paint scheme.

Subtler exterior touches include yellow indicator lenses, a ‘P-51’ badge in the grille instead of the Roush emblem and the 8th Air Force logo (to which the 357th belonged) on the decklid.

Inside, the 8th logo also featured on the sports seats, which were retrimmed in natural leather to replicate WWII pilot’s seats, while the green canvas trim on the doorcards and dash continued the military theme. A set of Sparco racing harnesses, a rear-seat delete, red Roush gear shift knob and red door handles completed the interior touches.

“Heroes like Col. Bud Anderson have become true living legends in the 75 years since the Allied invasion of Normandy,” said Craig Metros, Ford design director and formerly with Ford Australia.

“Ford is proud to team up with Roush Performance to honor Col. Anderson and all of the brave servicemen and servicewomen who risked their lives during World War II.” 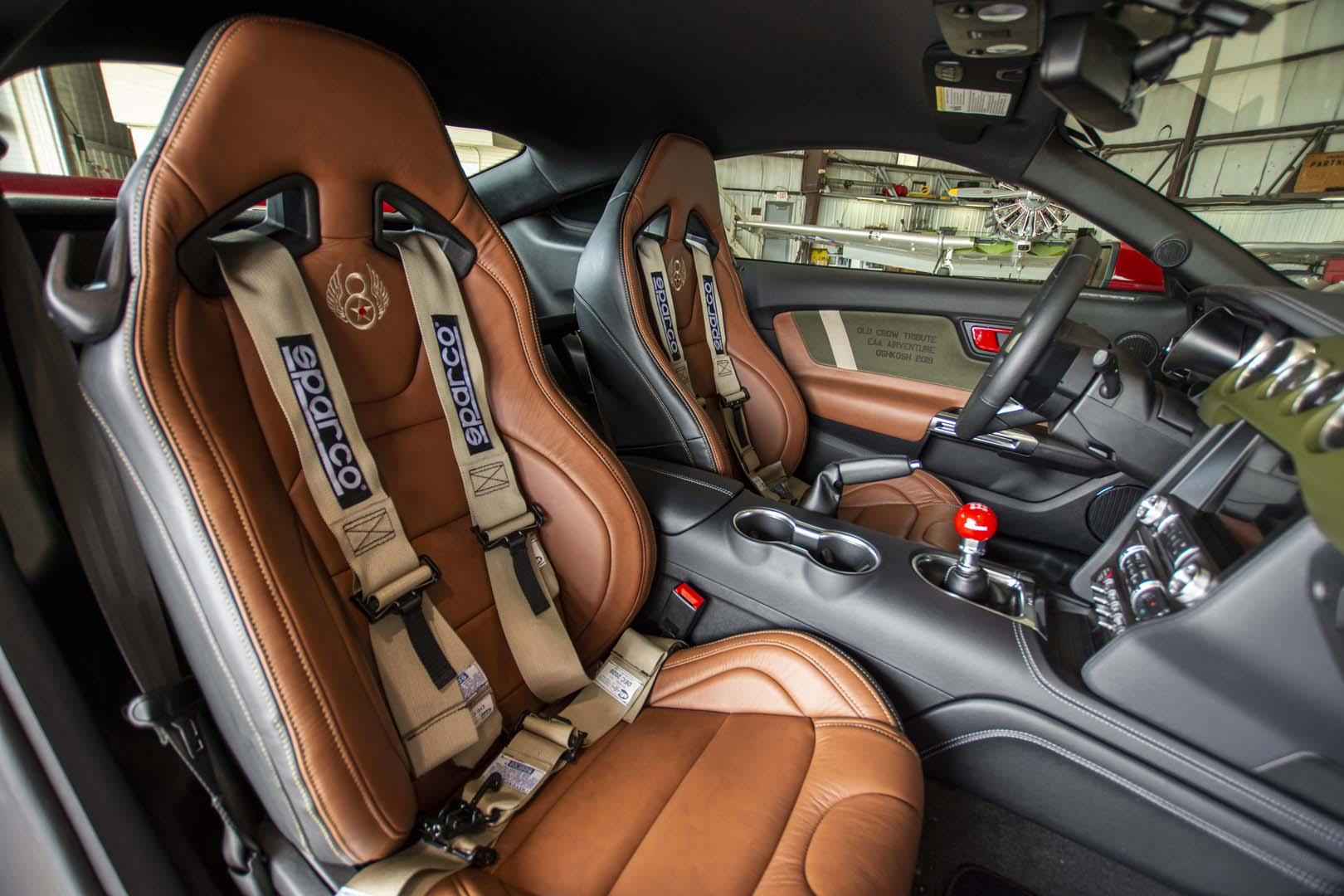 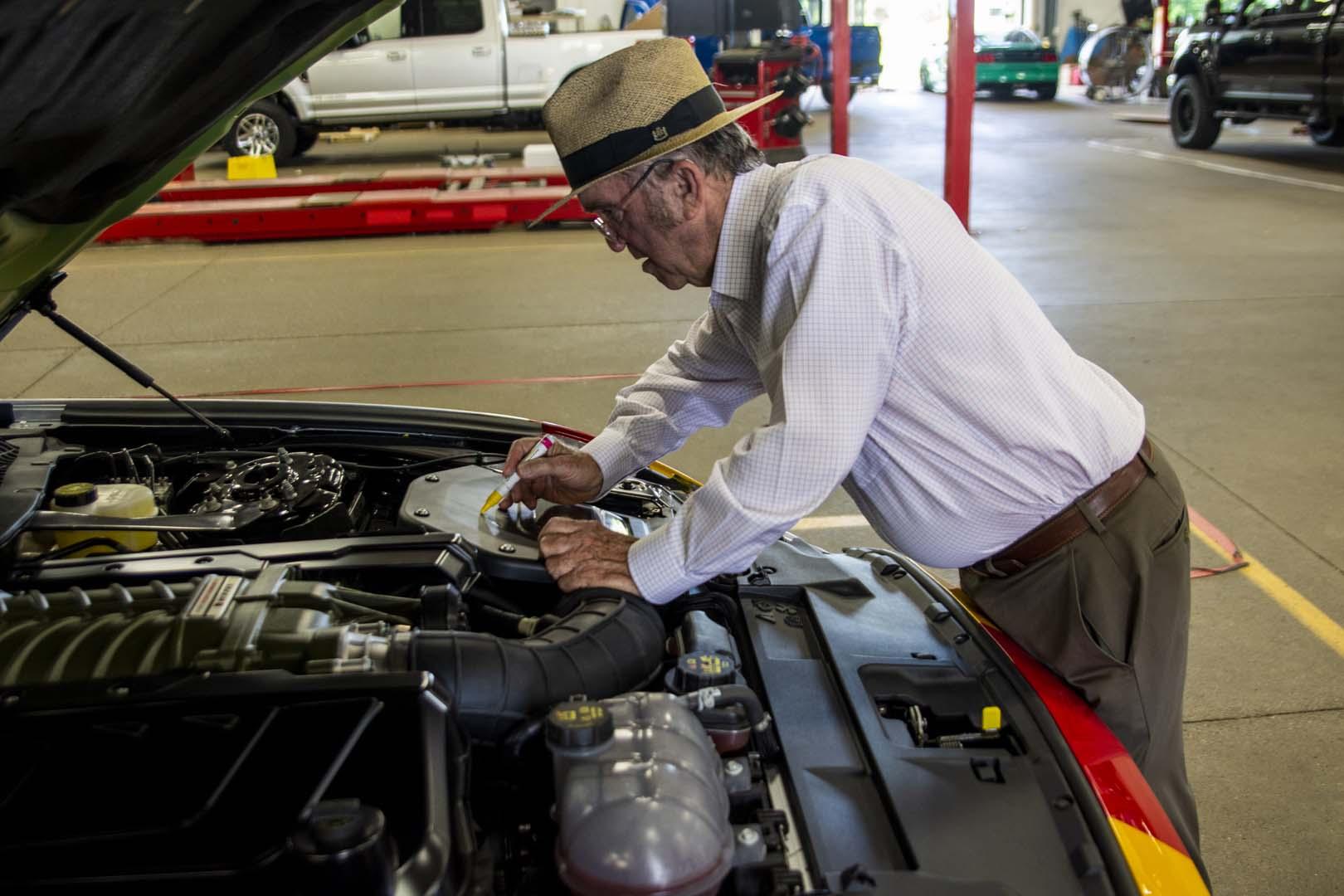 Displayed during EAA’s AirVenture show this past 22-28 July, the 2019 Ford ‘Old Crow’ Mustang GT was auctioned on 25 July. Against floor and online bids, the car sold for US$400,000 (AU$522,000 approx.); the equal third-highest amount achieved by these one-off creations. 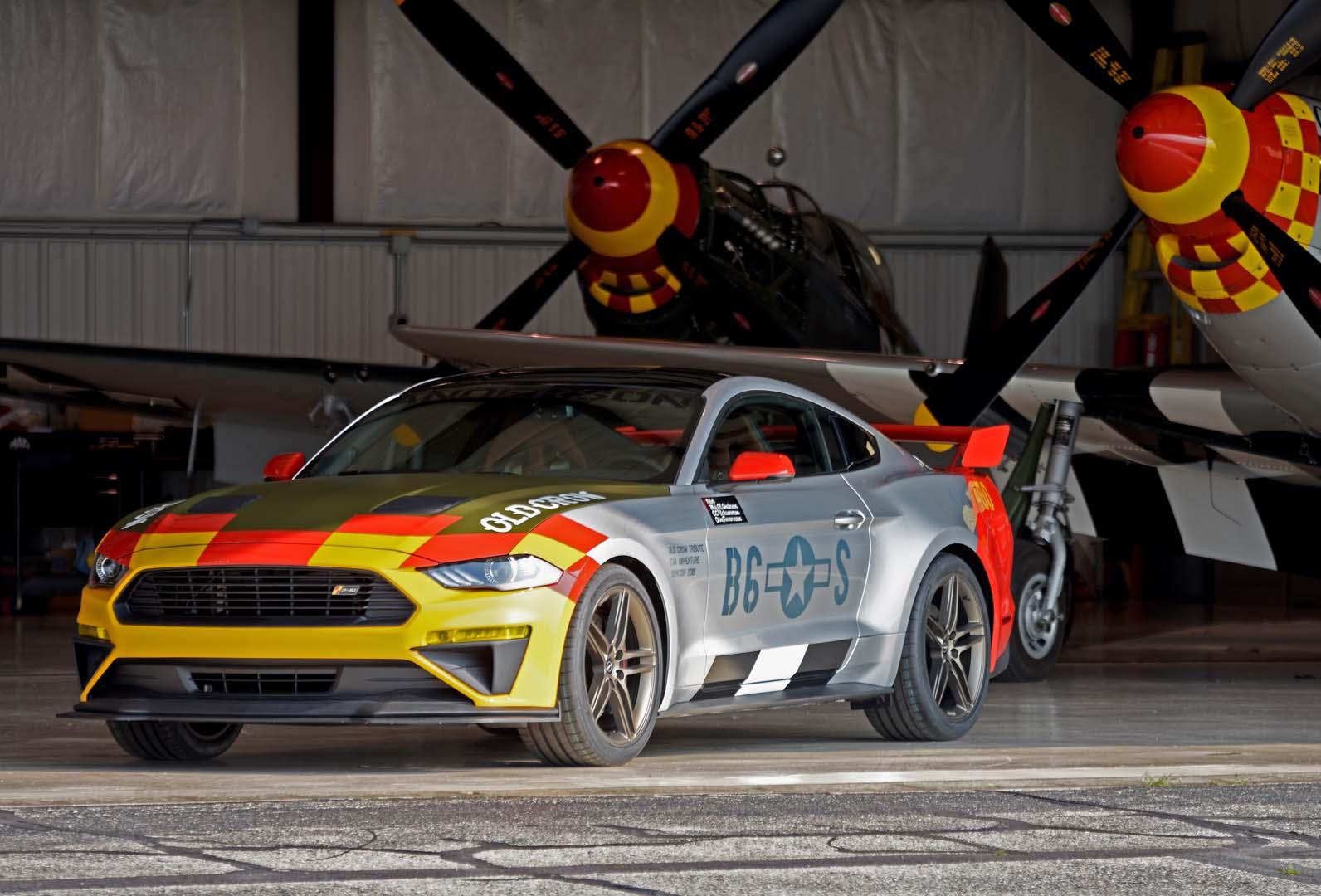 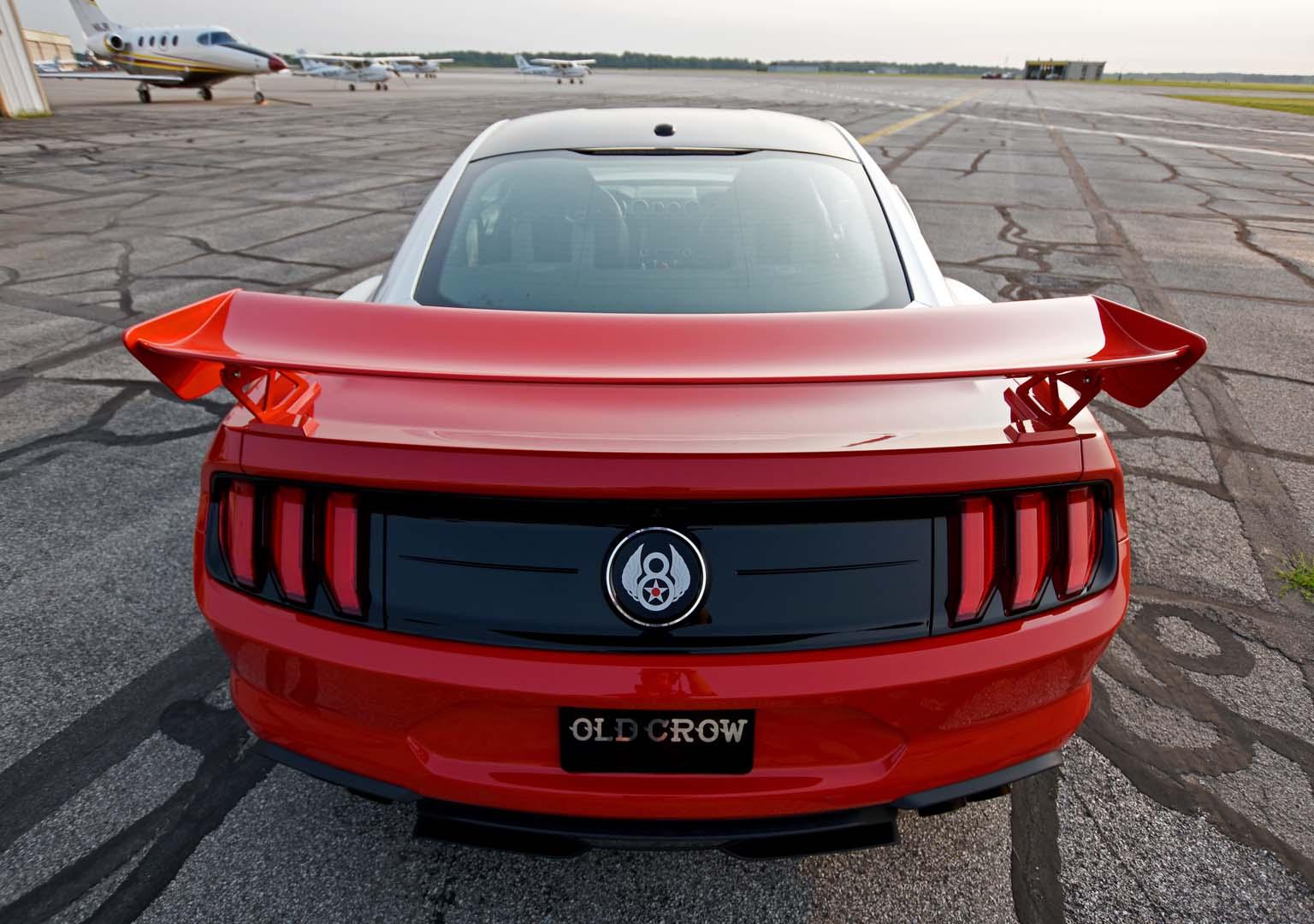