A young gun in Supercars with an inspiring story, Thomas Randle also has a bright future.

He drives a fast race car, he plays a mean piano and he’s on the cusp of making his full-time debut in the Repco Supercars Championship. “He” is Thomas Randle, a 25-year-old Victorian that’s looking forward to joining the main game. 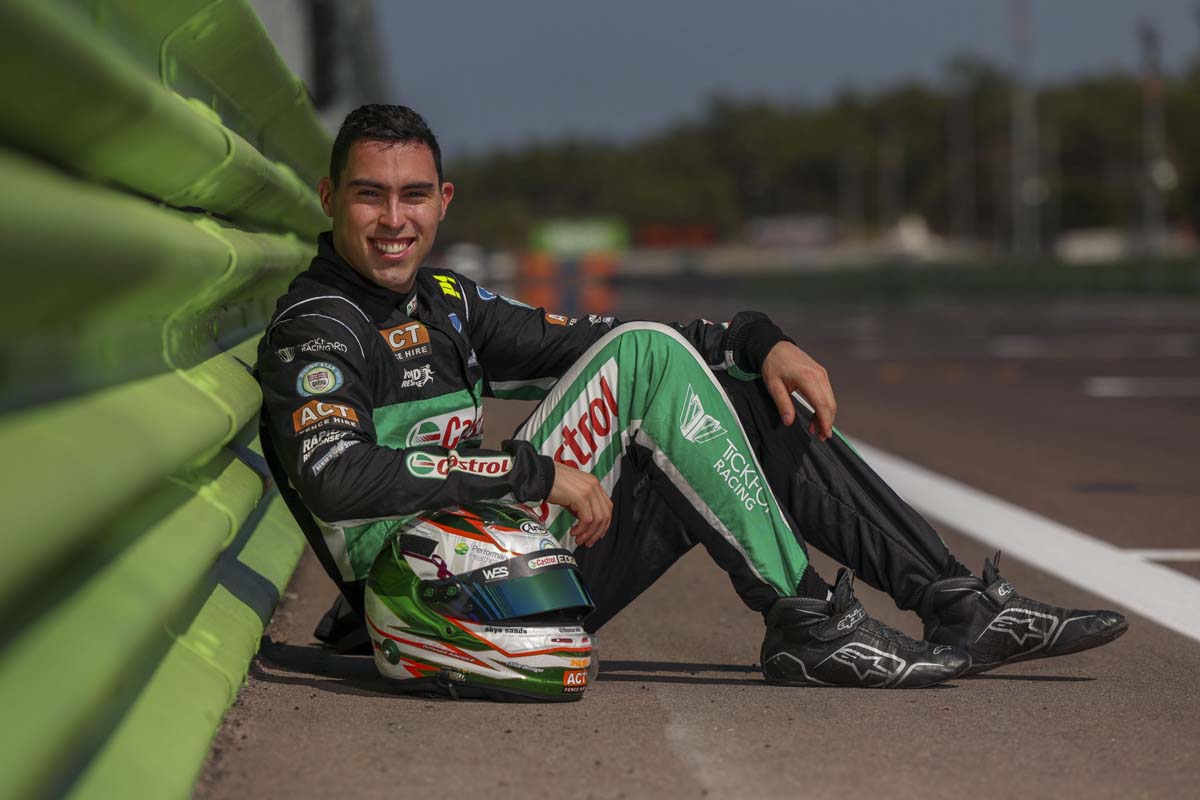 The son of former Sports Sedan champion Dean Randle, Thomas rose through the ranks of karting, Formula Ford and other open wheeler categories like most of his contemporaries before commencing touring car competition. Those learning years included winning multiple national and state titles before moving to the UK in 2016 to race in the British Formula 3 Championship.

In 2017, Randle won New Zealand’s Castrol Toyota Racing Series, which is an open wheeler category that attracts a high standard of overseas talent (Lando Norris and Lance Stroll are past entrants) who use the NZ summer series to stay match fit. 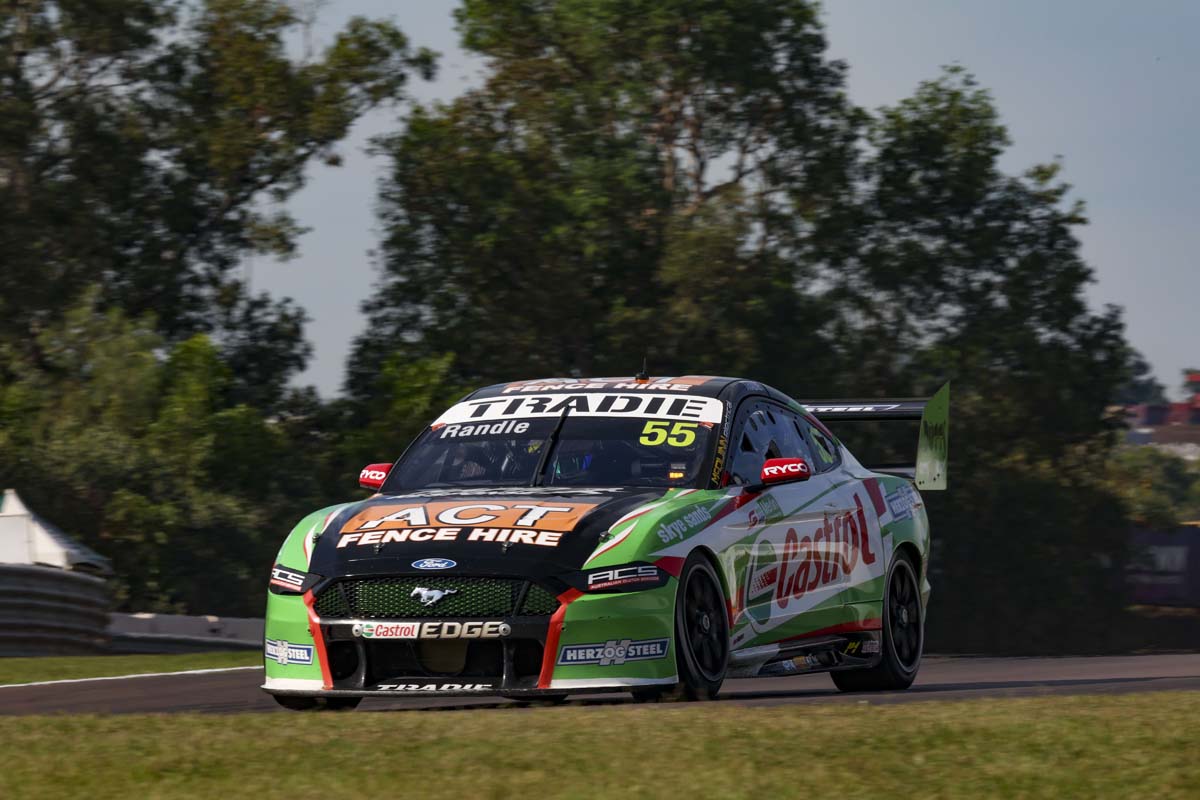 Winning the Mike Kable Young Gun Award in his debut year, Randle continued to improve in 2019, mixing driving with studying for a Mechanical Engineering degree that may one day see a switch from the driver’s seat to a Race Engineer’s seat.

In 2020, Randle won the Super2 championship with Matt White Motorsport; an achievement that was doubly impressive given he was battling testicular cancer.

Obviously, the cancer diagnosis put Randle’s entire life, not just his racing ambitions, into a spin.

Now in remission for close to a year, Randle says surviving cancer has given him not only a greater perspective on the pressures of racing, but also a greater appreciation of life in general and the opportunities he has in the sport.

“What my experience in the last 15 months has taught me is that you certainly shouldn’t take life for granted - things can change so quickly.

“If I have a bad day at the racetrack, it’s still a good day. It doesn’t mean I’m going to be sitting back, though. I want to be giving it 100 per cent and finding out what we can do to get further up the grid, win races and win championships.”

This year, Randle has campiagned the #55 Castrol Mustang as a wildcard for a handful of Supercars rounds and also raced for Castrol in the S5000 open-wheeler series.

He's also pumped to be serving as a Castrol ambassador, keeping the brand prominent in Australian racing.

“When I first found out I’d be representing Castrol, I was blown away. I look back at some of the greats that have been ambassadors for Castrol - Larry Perkins, Steven Richards, Greg Murphy and most recently Rick Kelly – the things that they’ve been able to achieve with Castrol have been astronomical.

“I just want to help continue to grow the Castrol brand in a positive way, whatever that takes.”

At time of writing, Randle has represented the brand well, with Top 10 finishes in his Supercars wildcard starts, and while he's a new Castrol Ambassador, he's no stranger to Castrol products.

“I think Castrol have the best brake fluid - their React SRF brake fluid. We've used that in pretty much every race car I’ve ever driven. I think that’s by far the most superior brake fluid you can buy for racing.”

Since rejoining Tickford, the young Victorian has also been learning a lot about Castrol lubricants.

“The oil that we use in the Tickford Racing engines is a bit more special. It says on the drum ‘Supercars Blend’ and I thought, ‘Oh, they’ve just rebranded the drum,’ but the engine guys explained it’s a special formula - to get more performance out of the engine. I thought that was pretty cool.”

Making his Supercars Bathurst debut in 2019, Randle finished ninth with Lee Holdsworth, but his return to Mount Panorama in 2020 was less successful. With those two years under his belt, he’s looking forward to partnering James Courtney in the #44 Boost Mobile Mustang this year, but Randle’s most memorable Bathurst moment has nothing to do with the track.

“They do this thing called ‘Friday Night Live’ and in 2019, they asked me to play piano on live TV,” Randle laughed. “I started playing We are the Champions by Queen and the crowd really got into it!” 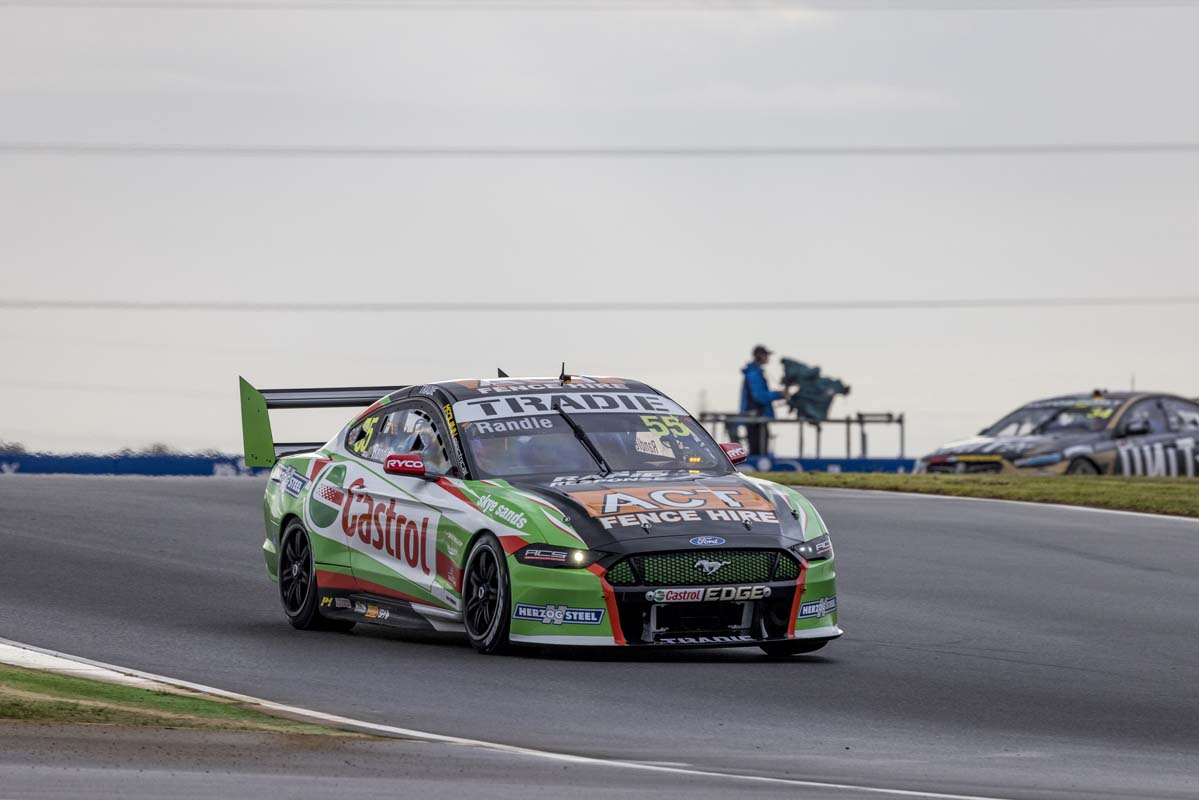 Randle says he rarely tickles the ivories these days, but working the keys and pedals of a piano has some similarities to working the steering wheel and pedals of a race car: “But only one of the pedals makes a nice note in the race car!” Randle joked.

For this year’s Bathurst campaign, Randle is looking forward to learning from Courtney, but also understands his responsibilities as a co-driver.

“Really, the co-driver has two roles – drive solid and bring the car home. You’re helping out the team’s championship and also the main driver’s championship, so if you were to crash out, that’s zero points and could ruin their championship.”

With a full-time drive with Tickford Racing in Supercars locked in for 2022, Randle acknowledges there are challenges ahead, but they’re one’s he’s looking forward to.

“It’s going to be a learning year, but I also want to hit the ground running and get to the first round in Newcastle knowing that I’ve done as much preparation as I can.

Randle will be part of a Tickford Racing lineup that’s expanding to four cars for 2022, with fellow rookie Jake Kostecki joining the squad, while veterans James Courtney and Cam Waters have both recently re-signed.

That start to the 2022 season in Newcastle is still some way off, though. For now, Randle’s sights are fixed firmly on Bathurst.

“It’s quite a challenge – and it’s why we love this race so much.”