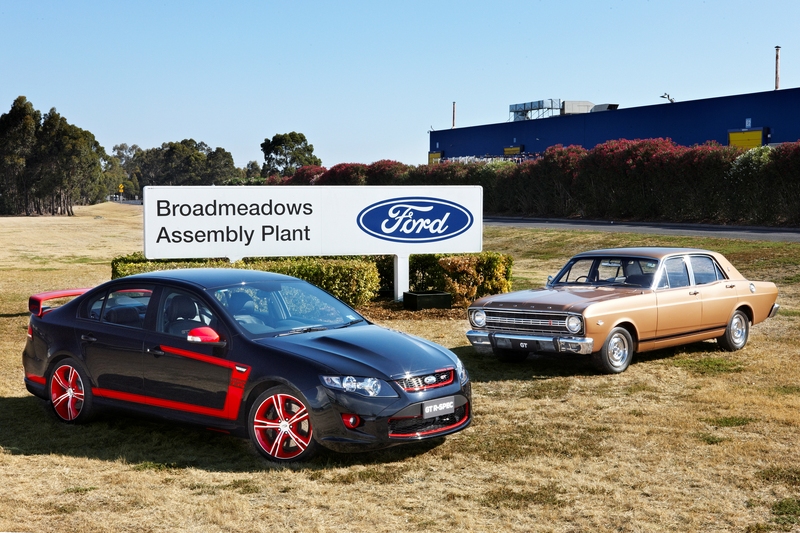 After buying out Prodrive's stake in FPV late last year, Ford today unveiled the first GT to be built at the Broadmeadows plant in more than three decades.

Today's ceremony also saw the first GT, a Silhouette Black model, handed over to its new owner in a special ceremony which also marked the official opening of the Broadmeadows FPV assembly facility. In addition to Ford Australia CEO Bob Graziano and other senior Ford staff, FPR's Wil Davison was also in attendance for the ceremony.

Ford assembly of GT models started at Broadmeadows in 1967 with the first XR GT, and continued until the last 'in-house' GT was built at the same plant in 1976.

A dedicated FPV assembly facility has been constructed within the Broadmeadows facility, where each vehicle is hand-finished by Ford's "best technicians," many of whom have been trained and supervised by former FPV staff to build the high-performance models.

Under the new arrangement, the GT's 'Miami' V8 engines are now hand-built in Ford's Geelong plant, then sent to Broadmeadows for assembly and an exhaustive checking and approval process, which is more rigorous than that applied to standard Falcon sedans. It's been 30 years since Ford last built a V8 engine at Geelong and 37 years since the last GT (a 1976 XB GT sedan) was built at Broadmeadows.

Ford Australia president and CEO, Bob Graziano, spoke at the launch, and confirmed afterwards that the FPV badge would be staying as a 'halo' brand for the foreseeable future, amidst rumours that the 'in-house' switch may see all FPV GTs replaced with Ford badges. Graziano also denied any immediate rationalisation of the current FPV model range under the new arrangement, and said a return of the hallowed GT-HO name was also unlikely.

The landmark vehicle, a Silhouette Black GT sedan, was officially presented to the purchaser, Hayden Stafford, at the ceremony this morning. The long-time Ford fan confirming he's looking forward to getting it out on the road. Stafford said he will have a sunroof (not a factory option) added, but has no plans to 'cotton wool' the car despite its special status.

Stafford's Ford connection stretches back to his first car - an XC Falcon - through various XR6 and XR8 models, right up to his most recent - an FG GT - which will be traded in for the new 'Ford-built' FPV GT. 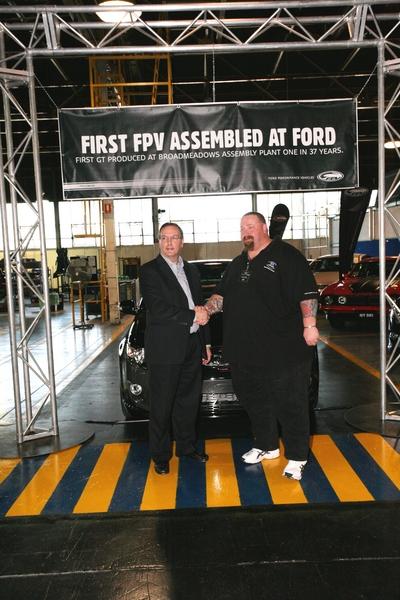 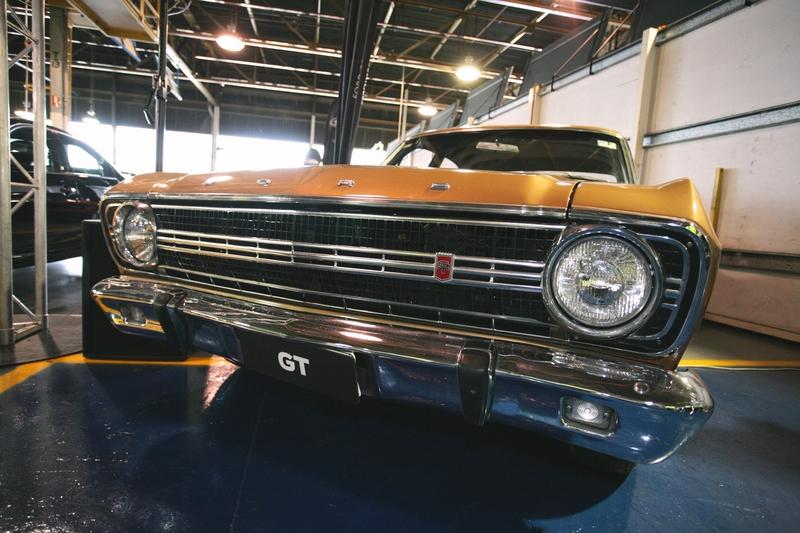 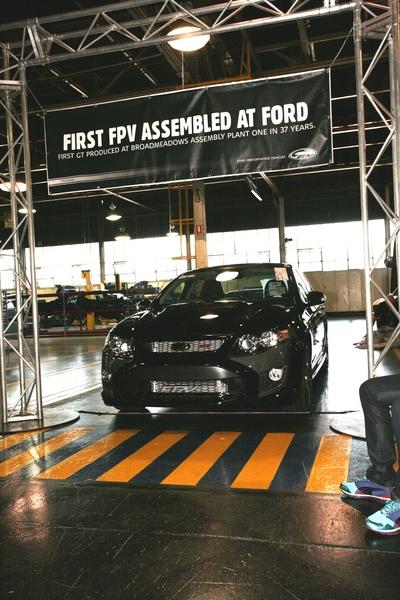 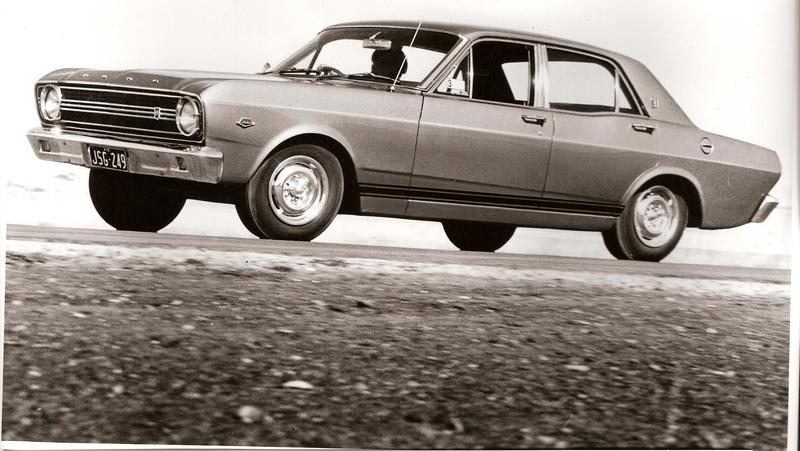 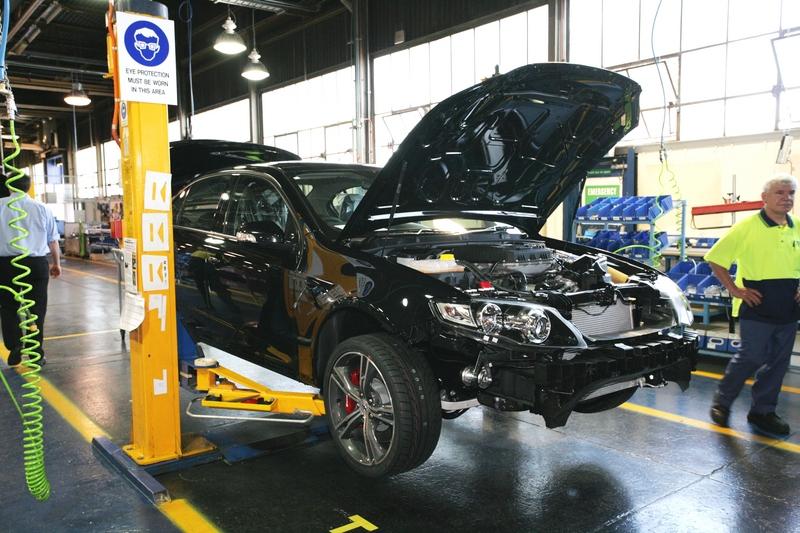 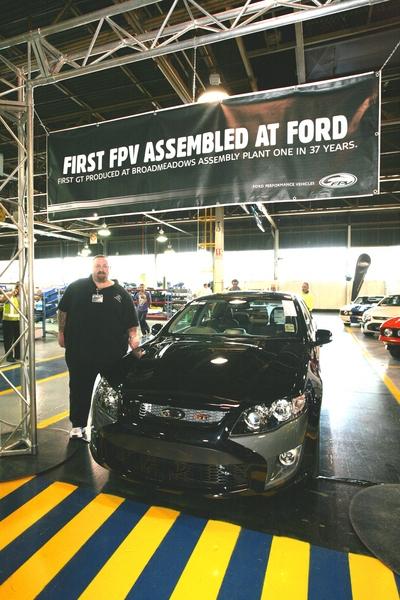 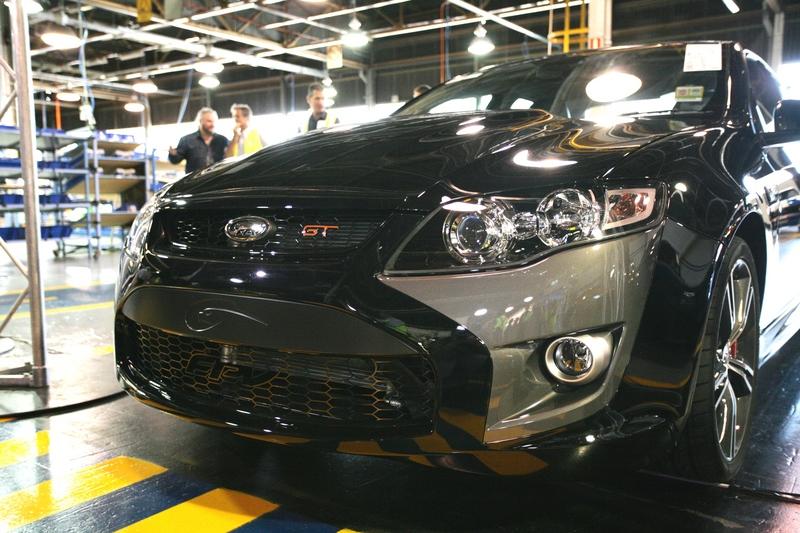 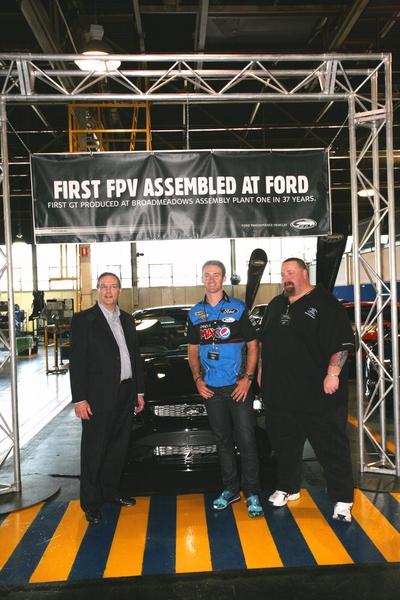 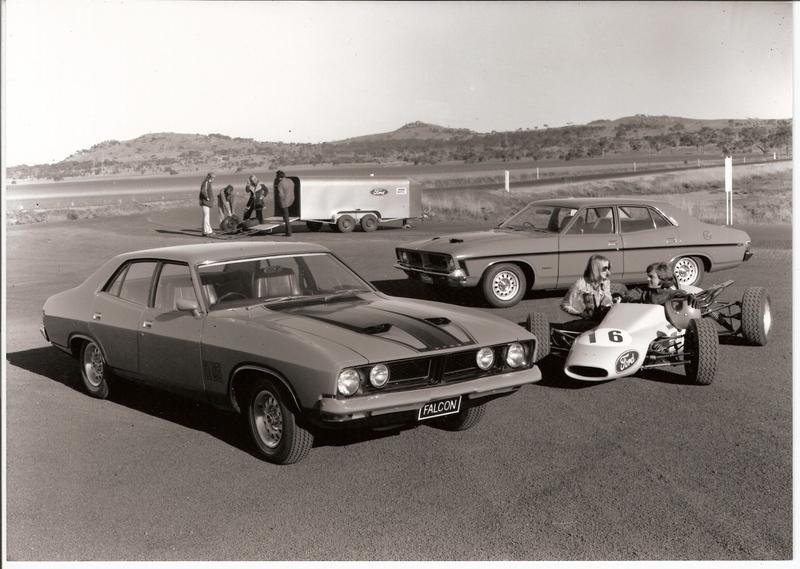 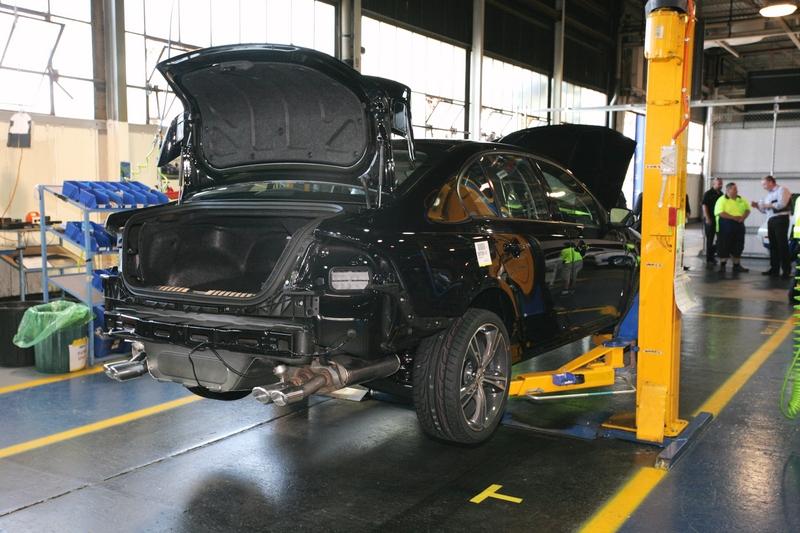 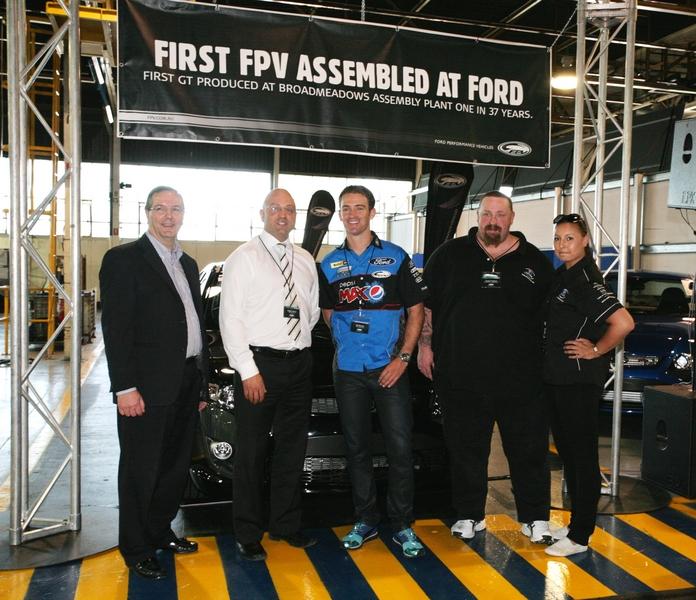