New Mustang and all-new Camaro publicly revealed at Bathurst 1000 ahead of 2023 racing debut.

On the eve of the Repco Bathurst 1000, Supercars unveiled the first examples of their ‘Gen3’ competition cars, then sent them on parade laps of the Mount Panorama circuit, with Shane van Gisbergen in the all-new Camaro and Anton De Pasquale behind the wheel of the new Mustang. 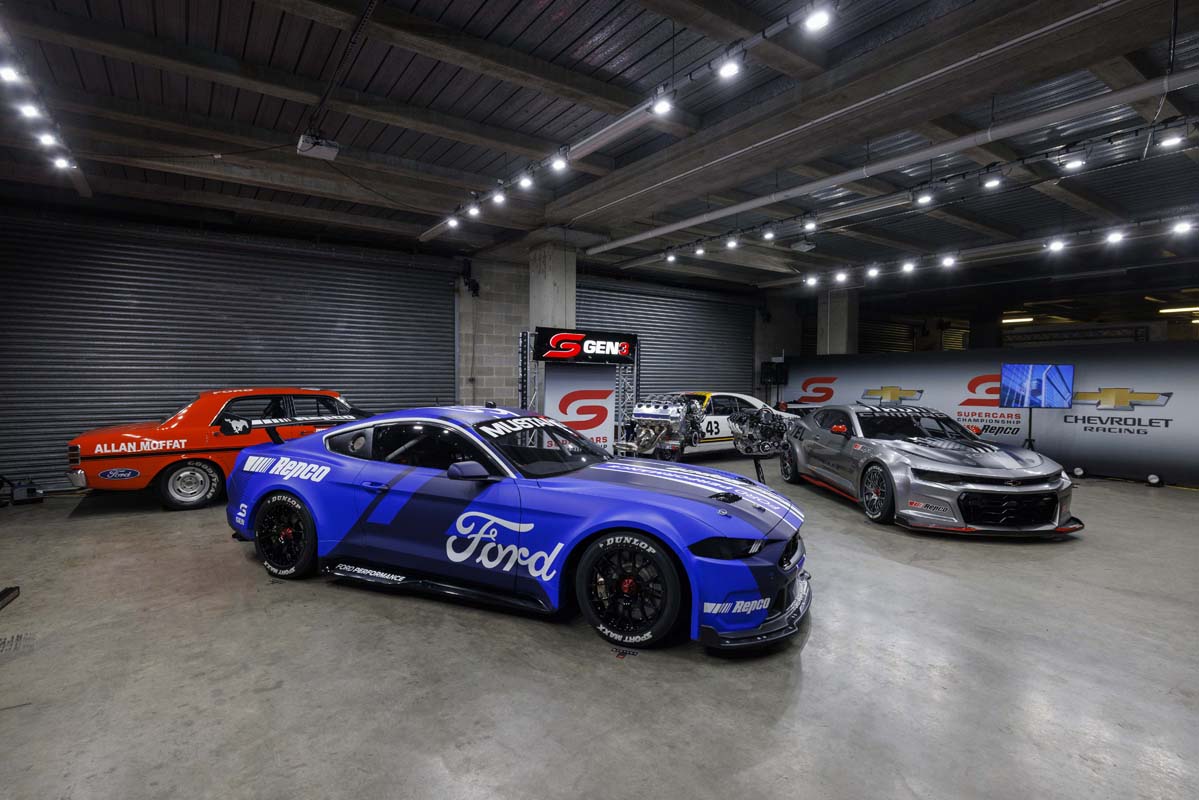 To ensure increased “road relevance,” the Gen3 Supercars bear a closer visual resemblance to the production cars they’re based on than Gen2, with the same dimensions for the doors, roof, bonnet and windows between the road cars and race cars. This applies to both the Camaro and Mustang and will also be a requirement for any future brands looking to join the Supercars series. 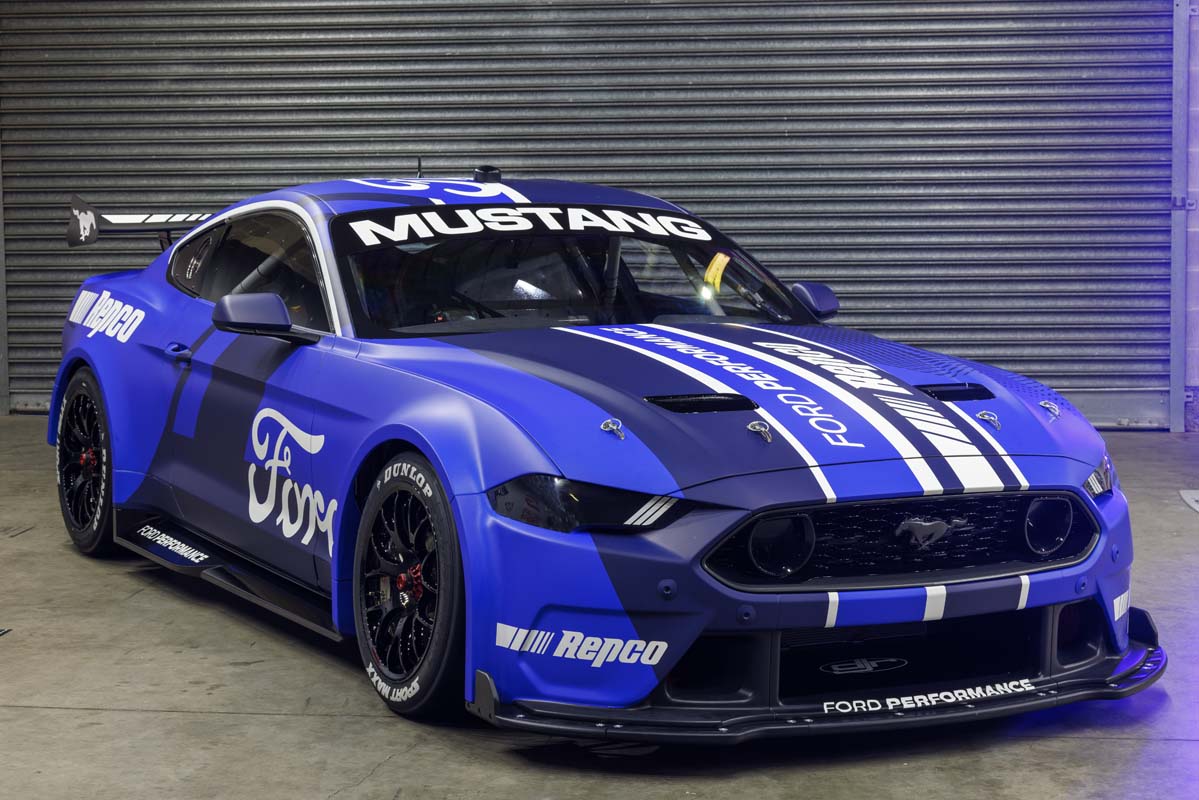 The Gen3 cars are lower, wider and 100kg lighter than the current Gen2 cars and feature 50 per cent less downforce, while other changes to ensure aero parity will put more emphasis on driver skill and, theoretically, provide closer racing.

Reducing costs has been another driver in the development of the Gen3 cars, with a goal of cutting expenditure by between 30 and 40 per cent of current levels, making the sport more sustainable for existing and prospective teams.

This includes the engines, with both the Ford and Chevrolet contenders to run V8s with more OE componentry than the engines of Gen2.

V8s with a Twist

After nearly 30 years of 5.0-litre engines, capacity will increase, and while they’re both V8s, they will have some key differences. The Mustang utilises a Coyote V8 with quad cams and 4-valve heads, while the Camaro runs an LTR V8 with a single cam with 2-valve heads. To ensure parity, the Ford engine is capped at 5.4 litres and the GM engine at 5.7 litres.

Pointing to a future that some Supercars fans may rail against, the Gen3 platform is said to be hybrid-ready, allowing electrically-assisted and possibly even fully electric powertrains in the future. 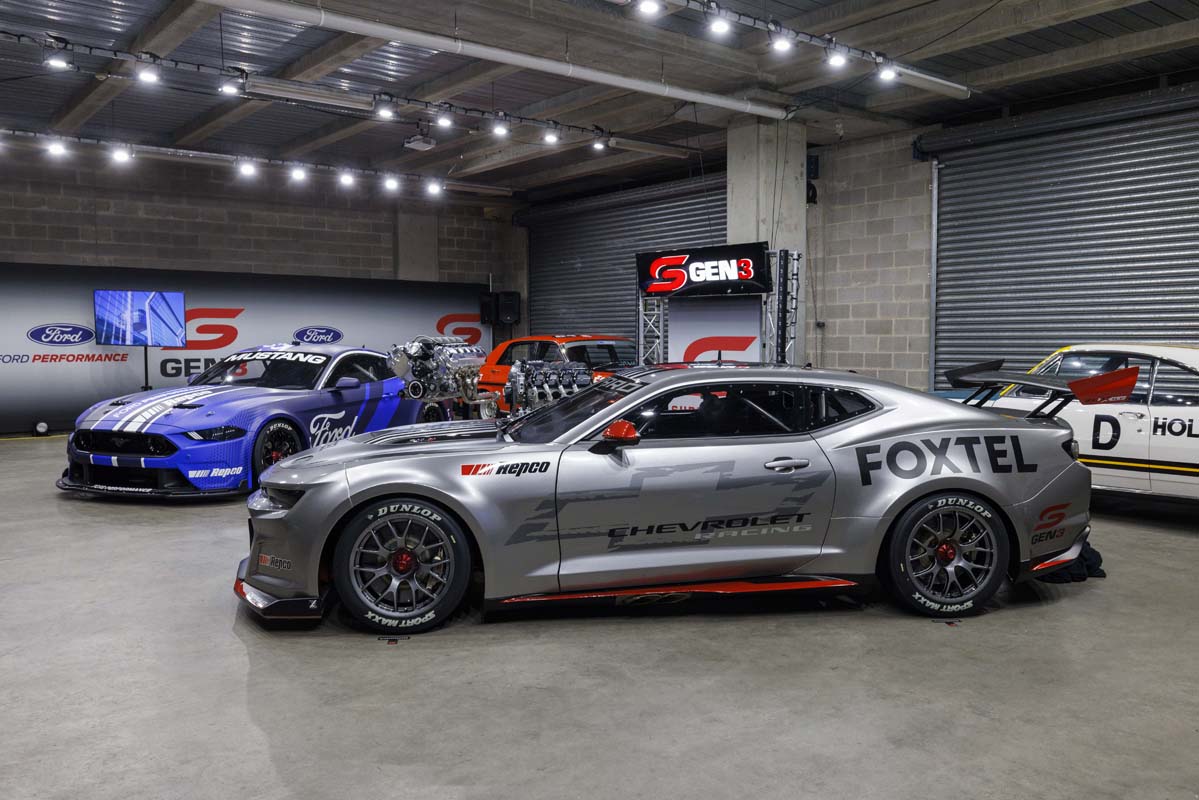 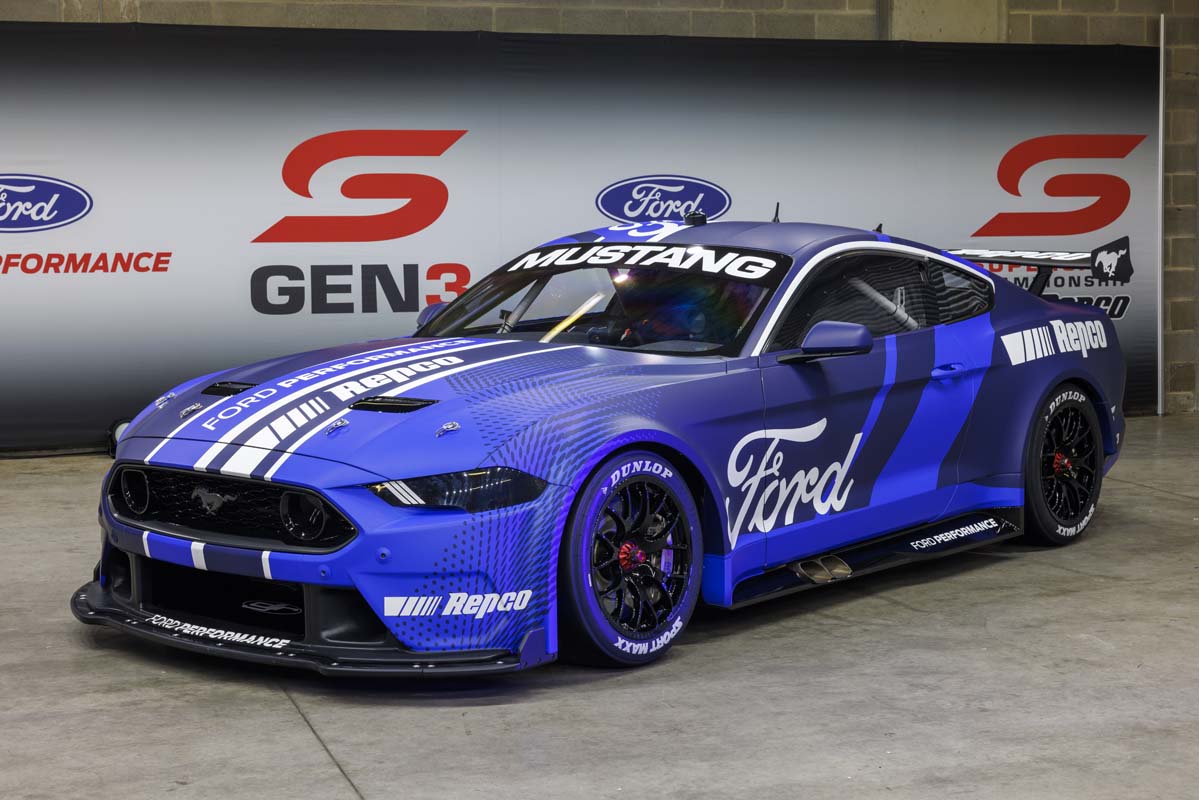 “Both the Mustang and Camaro give a nod to the Supercar of the past, with as much attention given to the design and appearance of the cars as the new technologies,” said Supercars CEO, Sean Seamer at the Gen3 reveal.

“With the work of the Gen3 Steering Committee, our manufacturers and the homologation teams, we truly believe these cars will create close racing with a more level playing field.”
“The Ford Mustang and GM Camaro are the first chapter of our new era that will be cost-effective for our major stakeholders and teams but retain the very core of our success - terrific and exciting Supercar racing, which is what our fans have been asking us for," Seamer concluded. 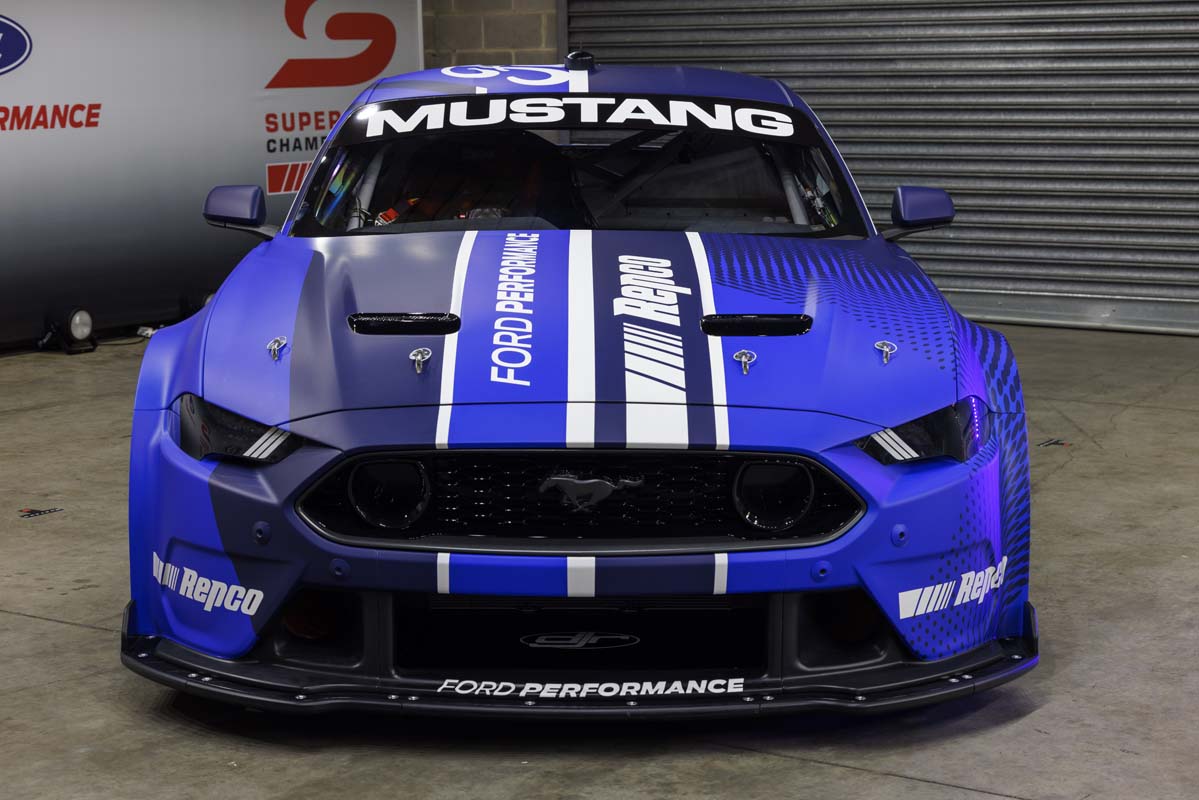 Mark Rushbrook, Global Director Ford Performance Motorsports, said that racing a Mustang that looks more like its road going counterpart (rather than the Falcon compromise that was Gen2) is extremely important to Ford.
“There is no question when you look at the Mustang GT Gen3 Supercar that this is a Mustang,” Rushbrook said. “It absolutely looks the part, which was focus one for us in the design and development phase for this vehicle. The fact that it’s powered by a production-based Ford engine is the icing on the cake.

“Early indications are that this is going to be a fantastic race car, and we couldn’t be prouder of the work that has been put in by the Dick Johnson Racing team lead by Ryan Story, alongside Chief Designer Perry Kapper and Lead Mechanic Mikey Flynn who have worked incredibly hard in recent months to make the project a reality.” 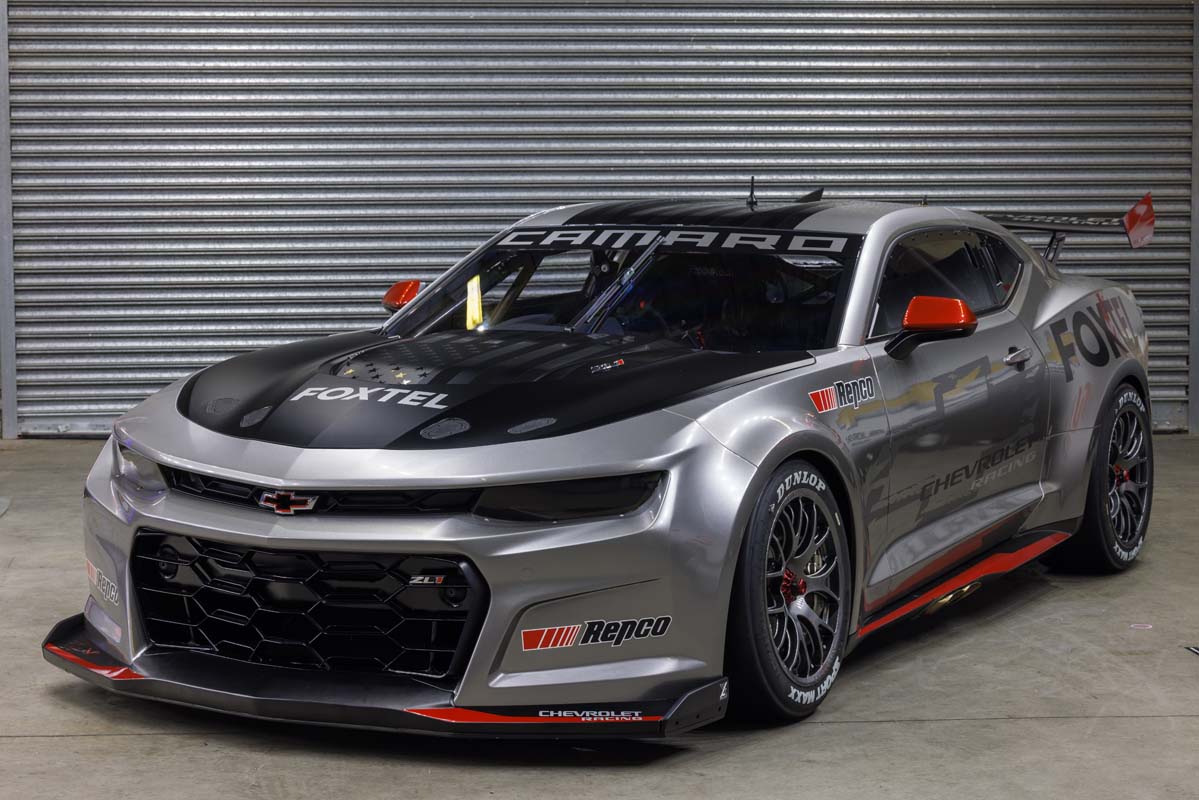 On the GM side, Jim Campbell, Chevrolet Performance and Racing said: “It took close collaboration between key partners to make [Gen3] a reality, including the Triple Eight Race Engineering team; KRE Engines, working with our Propulsion, Performance & Racing Centre; the Supercars Gen3 Steering Committee as well as the designers who were responsible for the production Camaro and other Camaro global race programmes.” 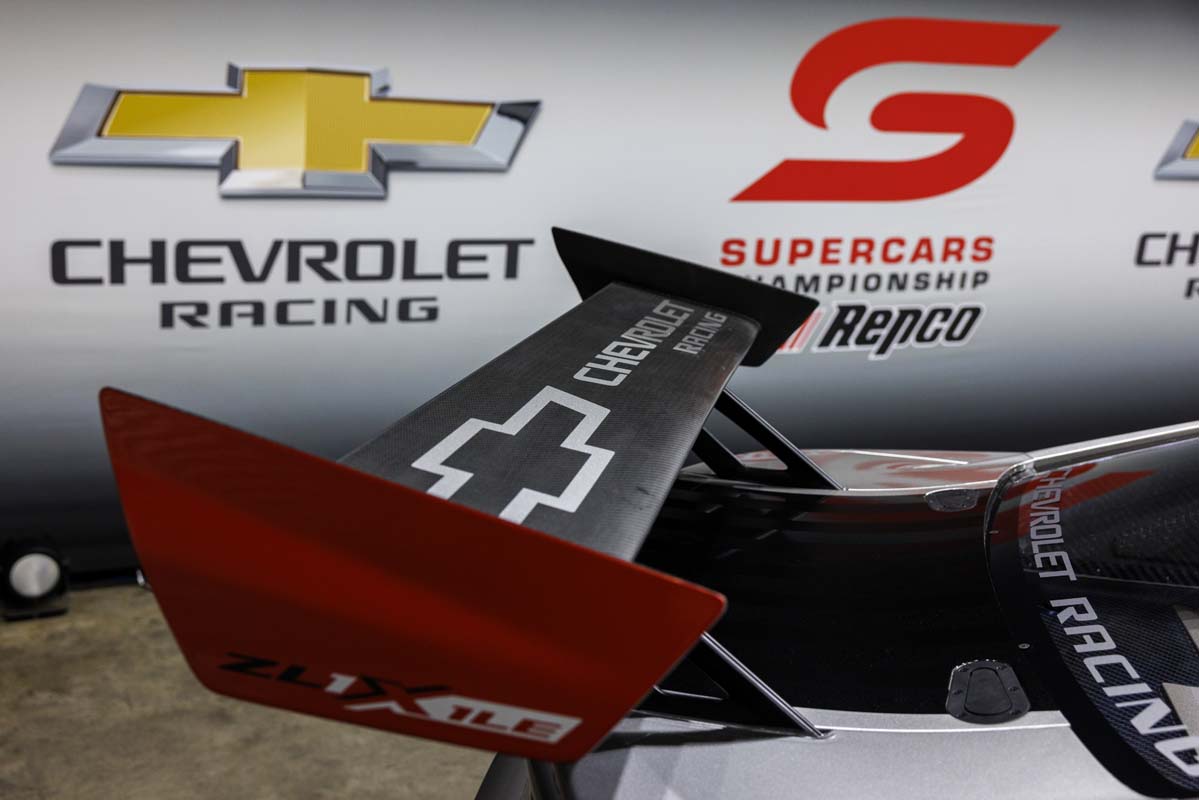 On the same day the Gen3 Camaro Supercar was revealed, a new Chevrolet Racing organisation, taking over from Holden as GM’s identity in Supercars, was announced. 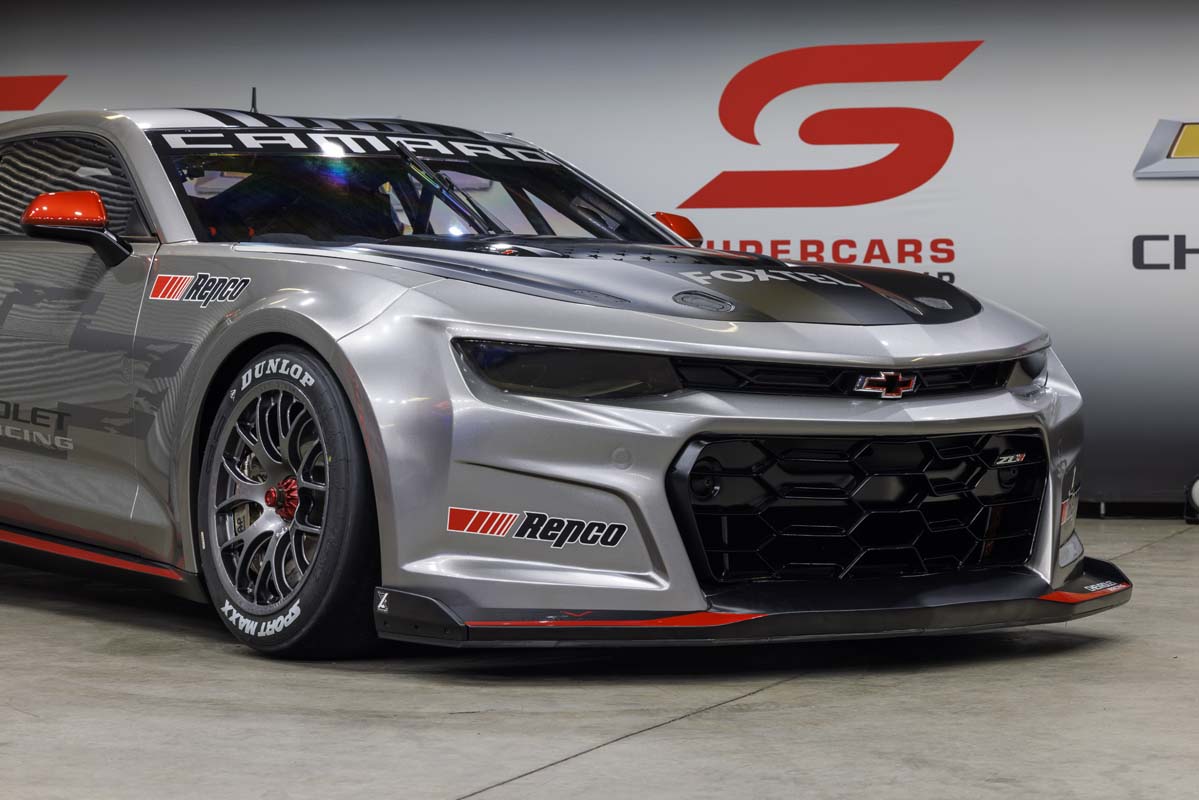 Jim Campbell added: “We’re excited to announce a new chapter in the history of Australian motorsports with the introduction of Chevrolet Racing and the all-new Gen3 Camaro ZL1 for Supercars. 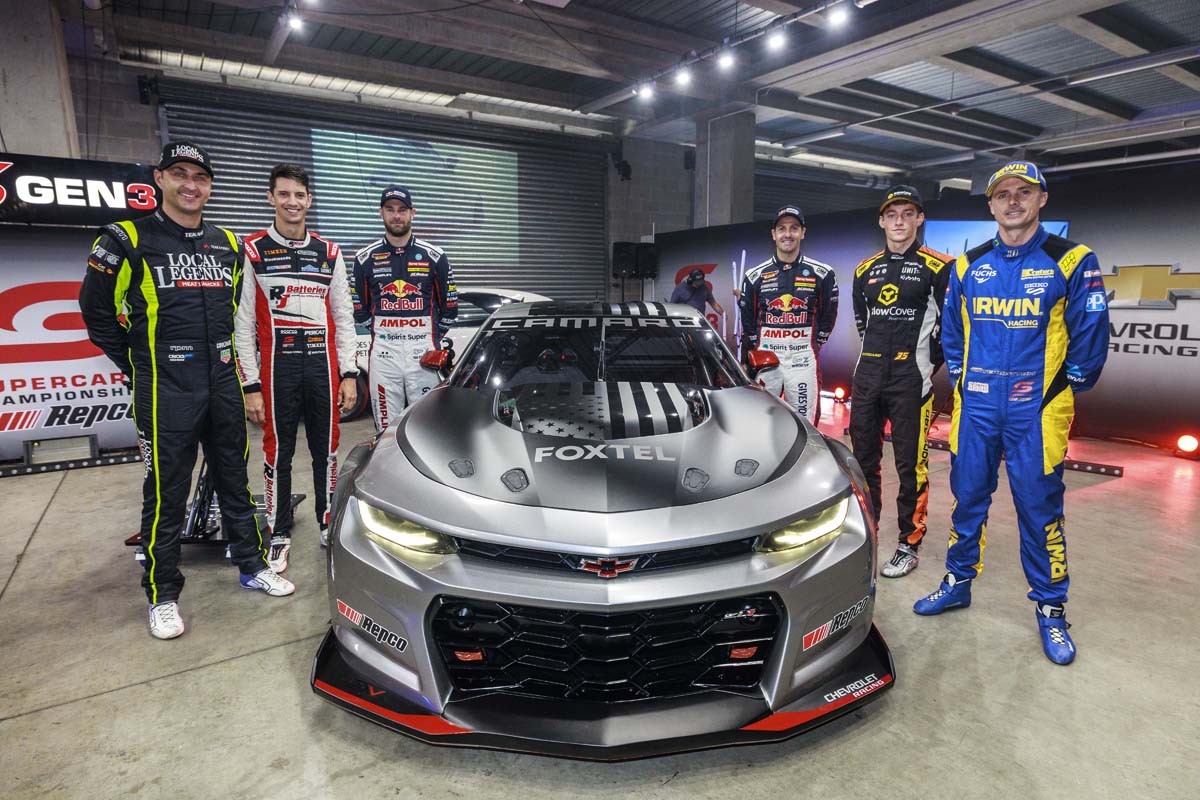 “The new Gen3 Camaro ZL1, with the unmistakable roar of the Chevrolet Racing 5.7 litre naturally aspirated LTR V8, will do its part to create exciting racing in Supercars and we can’t wait to start our engines in 2023.” 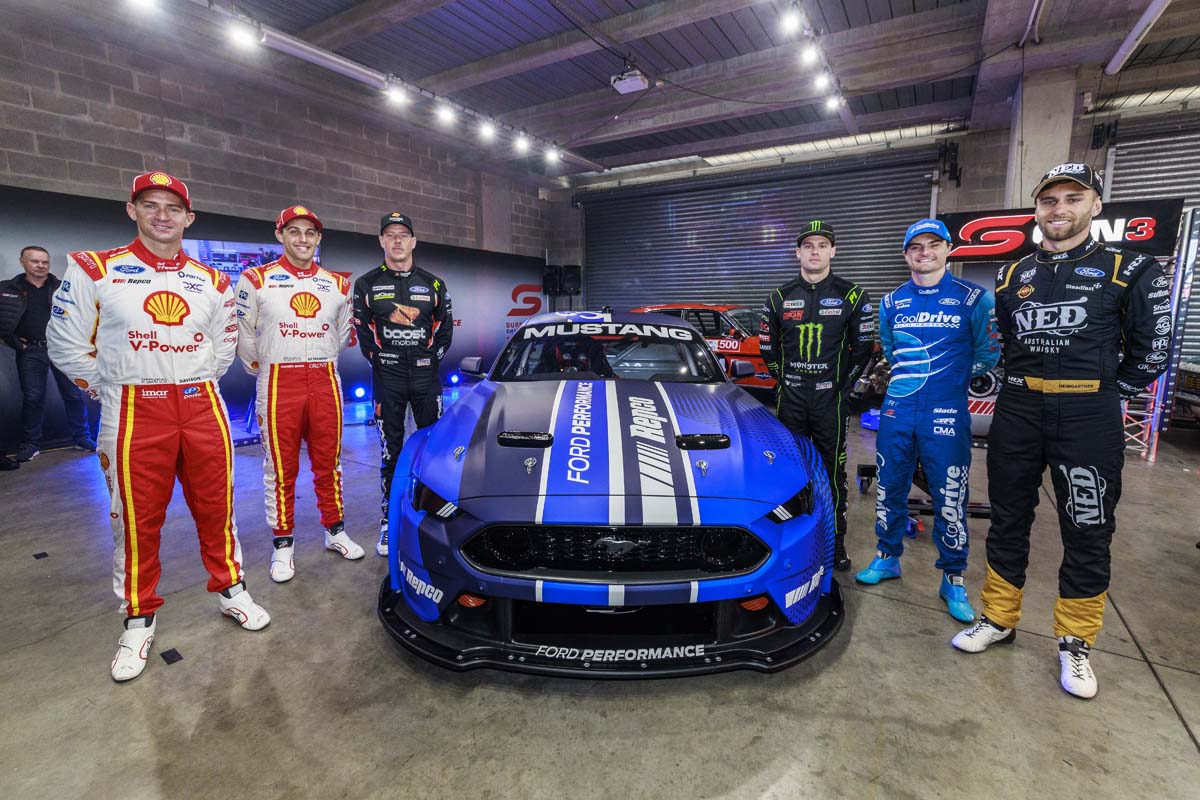 While the Gen3 Supercars have made their debut on a racetrack, they won’t actually be raced until 2023. The delay, which was announced back in October, is due largely to COVID-19, which has thrown up numerous challenges with international supply chains, while locally, lockdowns in various states have limited the Gen3 testing programme.