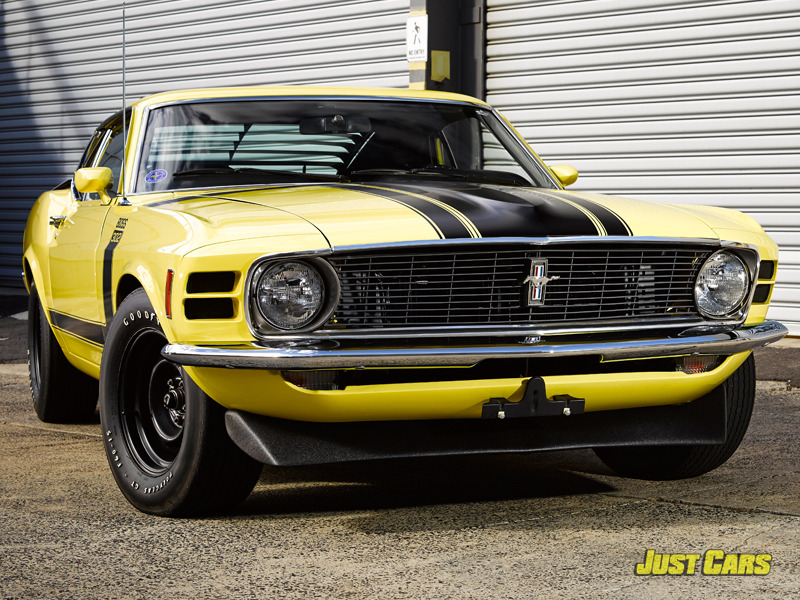 Officially kicking off in 1966, the Sports Car Club of America's (SCCA) 'Trans-American Championship Series' had its roots in 1950s-era sports car racing and had many similarities to Aussie touring car racing before it acquired the 'Trans-Am' tag.
Built to thrash five-litre Trans-Am racing, Ford's Boss 302 Mustang showed everyone muscle cars aren't just about the standing 400m sprint. Earlier in the 1960s, the focus of the major American manufacturers had been on drag strip-destroying big-block muscle cars, but late in the decade, a new form of motorsport competition rose to prominence, one where cars were required to stop and corner, not just go fast.

Officially kicking off in 1966, the Sports Car Club of America's (SCCA) 'Trans-American Championship Series' had its roots in 1950s-era sports car racing and had many similarities to Aussie touring car racing before it acquired the 'Trans-Am' tag.

Split into two classes, Under 2.0-litre and Over 2.0-litre, it was the latter that attracted American fans' attention, as it featured more familiar makes and models, like the Plymouth Barracuda, Dodge Dart and Ford's Falcon and Mustang. U2 featured Mini Coopers, Alfa Romeo GTAs, Lotus Cortinas, BMWs and even a Saab or two. The Mustang was a part of the action from that very first year and actually won the O2 class in '66, but the series was still in its infancy then, so this victory has been largely forgotten.

Within a few short years, Trans-Am boomed, thanks to fans embracing the O2 cars, which led to all the major American brands getting their 'pony cars' involved, with homologation and race-inspired models produced, and money being funnelled into factory-backed teams.

By 1970, the high-water mark for the series, most of the O2 contenders ran V8s that scraped under the 5.0-litre limit for the class. While these engines didn't have the headlining-grabbing horsepower figures or cubes of the drag-spec engines, they, or more specifically the cars they were fitted into, have become highly-collectable pieces of history.

Chevrolet, Pontiac, Plymouth, Dodge and AMC all turned out their contenders (Pontiac even named their Firebird-based homologation machine after the series), but Ford's Trans-Am machine has become the one most steeped in Australian legend, thanks to a Canadian who became an Australian racing icon - Allan Moffat.

Having raced regularly in the first two seasons of Trans-Am, Moffat was intimately familiar with the series, while a shared drive with Horst Kwech in early 1968 served as an introduction to the capabilities of the Trans Am-spec Mustang, too. That led him to purchase a Trans-Am-prepped Mustang out of Bud Moore's shop (one of 15 built by the crew who ran the Ford-backed team), and brought it to Australia, winning an astounding 101 races from 151 starts and ushering in a new era of professionalism to our local motorsport scene.

Meanwhile, on the other side of the Pacific, the factory-backed Mustangs narrowly missed the Trans-Am title in 1969, but thundered to the 1970 championship with Parnelli Jones behind the wheel. The small block weapon that destroyed so many others in those two years was the Boss 302.

A Ford icon now, the Boss 302 actually owes its existence to a couple of blokes steeped in GM lore. Semon 'Bunkie' Knudsen and Larry Shinoda developed and styled some of General Motors' most famous performance cars of the 1960s, including multiple Corvettes, the first Z/28 Camaro and the Pontiac GTO, but they're responsible for the Boss Mustangs, too, when first Knudsen, then Shinoda defected to the Blue Oval.

Greg Chiminello knew all this as he's a self-confessed muscle car fanatic.

"As a five year old, I can remember my neighbour had a brand new (at the time) 1968 or '69 Ford Mustang," Greg said. "I used to sit on the fence and watch it, and from that day, I have been hooked.

"My father was also a Ford man, so that must have helped a little," the Melbournite chuckled. "I have always had a passion for cars and adrenalin."

While the '69 Mustang was bigger in every way from those in '64 - '68, Ford paid special attention to make sure their new Boss 302 and Boss 429 Mustangs were serious race-ready monsters. There were countless upgrades to springs, shocks and swaybars, as well as heavy duty disc brakes, limited-slip diffs, fluid coolers and even twin-plate clutches. But the real news was in the special motors.

The 7.0-litre Boss 429 featured a hugely-powerful semi-hemi-headed big block V8 and would destroy quarter miles and NASCAR ovals, but was expensive and impractical for street duties. The 302 was just as serious, with the lighter engine over the front-end and high-RPM powerband helping to somewhat tame the car's on-road manners.

Thanks to plenty of shock R&D, fat swaybars and upgraded brakes, the Boss was a good, if not perfect, starting platform for a circuit racer. While they couldn't match a European sportscar in the twisty stuff, a Trans-Am-spec Boss could out-handle most domestic competition. At the close of the 1960s, the Penske-developed Chevy Camaros and the Bud Moore-prepped Boss 302 Mustangs were the 'Big Daddies' of Trans-Am competition.

With a brief to make sure the Ford could 'out-Camaro' the Camaro, Knudsen mandated the 302 had big lungs, thanks to deep-breathing, big-valve solid-lifter Cleveland heads fitted to a high-compression Windsor short motor, making what is sometimes called a "Clevor" or "G-Code". Ford only rated the grunt from this motor at 290hp, but conventional wisdom recognises this was severely under-rated, possibly to avoid making low-end big block options seem unfavourable. Racing versions like Moffat's spat out over 470hp, while some allege that Parnelli Jones's 1970 Trans-Am winner had over 550hp.

While built to handle, street-spec Boss 302s still surprised many on the strip, being able to turn quarter mile times of 14.6 seconds, roughly the same as cars with 100hp more, and reach a top speed of almost 190kph.

While everything under the panels was a factor in the car's success, what was on top was just as responsible. Larry Shinoda styled the '69 Boss's heavy 'C-stripe' side stripes (with BOSS 302 callouts), GT-style bonnet blackouts, chin and boot spoilers, and the piece de resistance (for the 1970 Boss 302); a 'Shaker' cold-air feed, which became a Ford muscle car icon on both sides of the Pacific.

Greg's eye-searing Bright Yellow Boss 302 (the most popular colour for 1970) is from the Trans-Am championship-winning year of 1970, and is distinguished from the '69 model by the inboard headlights and side vents in the front end. The '70 Boss 302 is also defined by 'hockey stick' side stripes which ran onto and along the bonnet, as well as a dual muffler exhaust, standard Hurst shifter (optional in '69) and aluminium valve covers.

"I started importing cars and boats 28 years ago and I still help people import cars from the States, but mostly I just like collecting iconic cars, like the Boss 302," Greg says. "[Mine] was imported seven years ago, and had undergone some restoration, but once I had it in my hands, I tidied up a few things. It has been fully detailed underneath.

"It was believed to be originally from a deceased estate and is a matching-numbers car. I had a twin to this car - the same colour and everything with full options - but I sold it six months before [I bought] this one. Looking back, I wish I had kept it, but I still appreciate this Boss."

So how did Ford come up with the name 'Boss'? Legend has it that Shinoda was asked what he was working on as he put the 302 package together. He replied "the boss's car" after Knudsen. The name stuck. Thank you Mr. Shinoda!

Greg extended his thanks to Lewis Tsonas for help with getting the car ready, especially the engine bay and boot area, as well as Jason from Preston Panels. 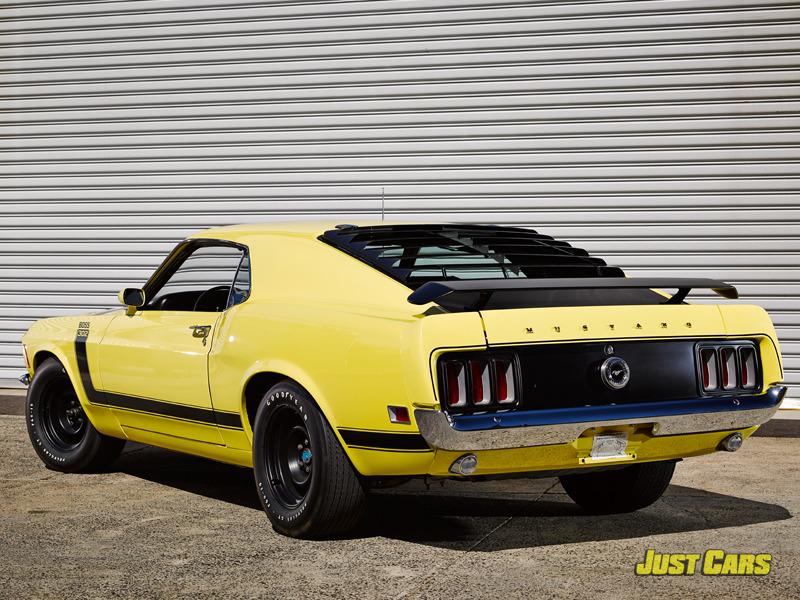 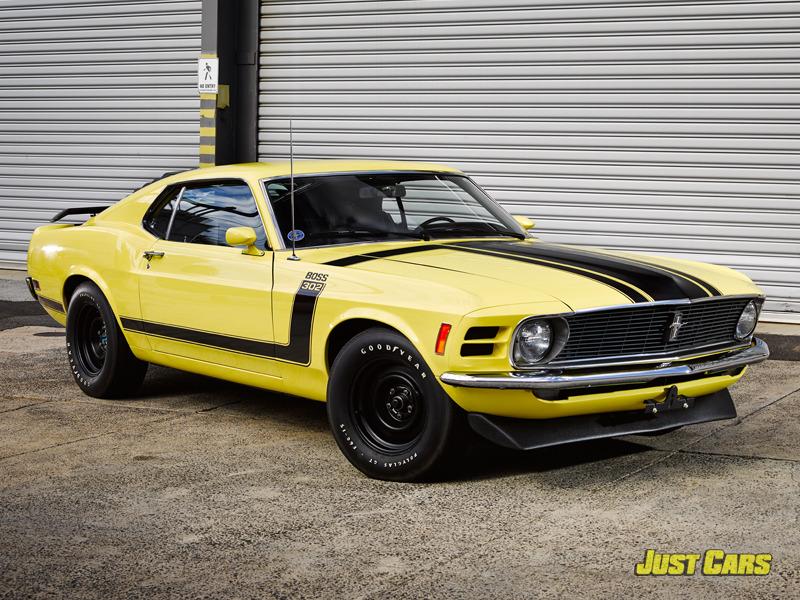 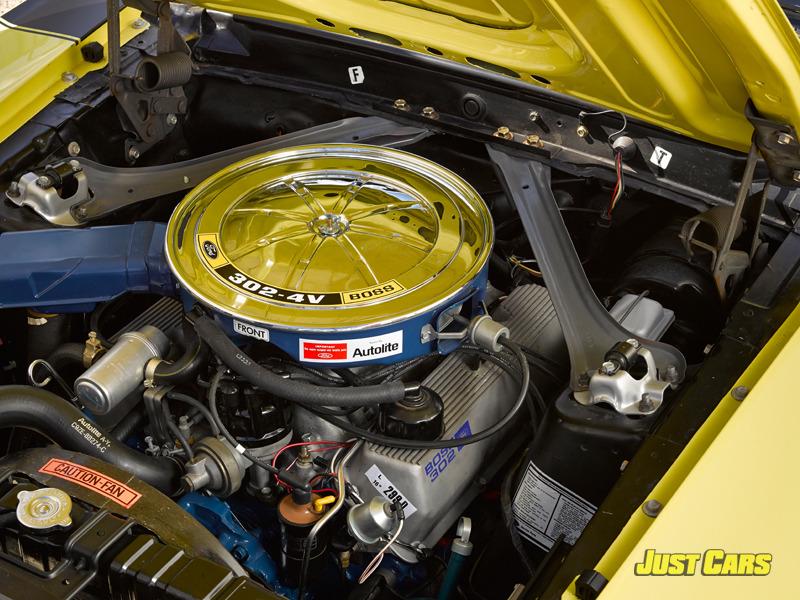 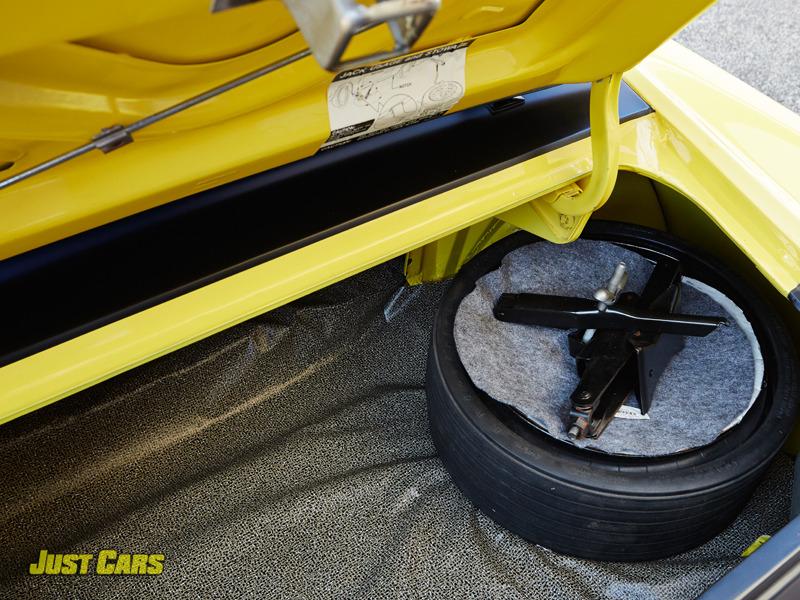 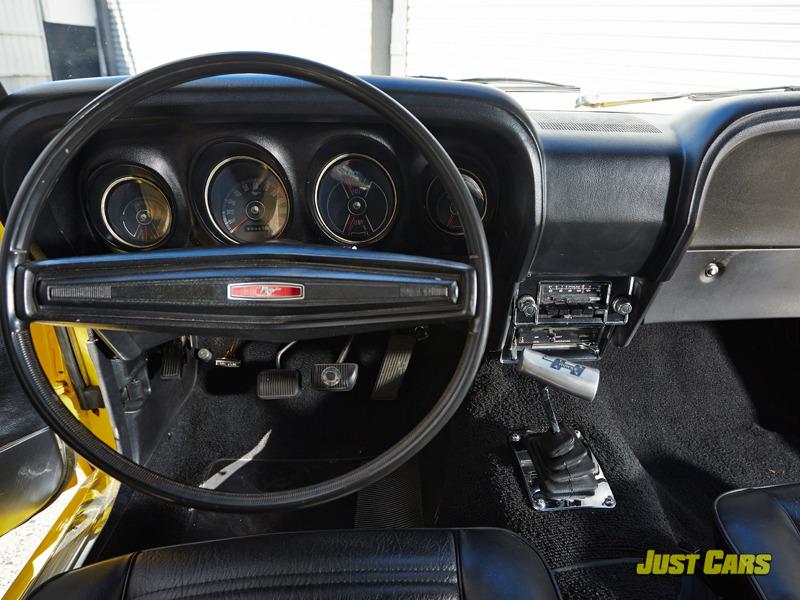 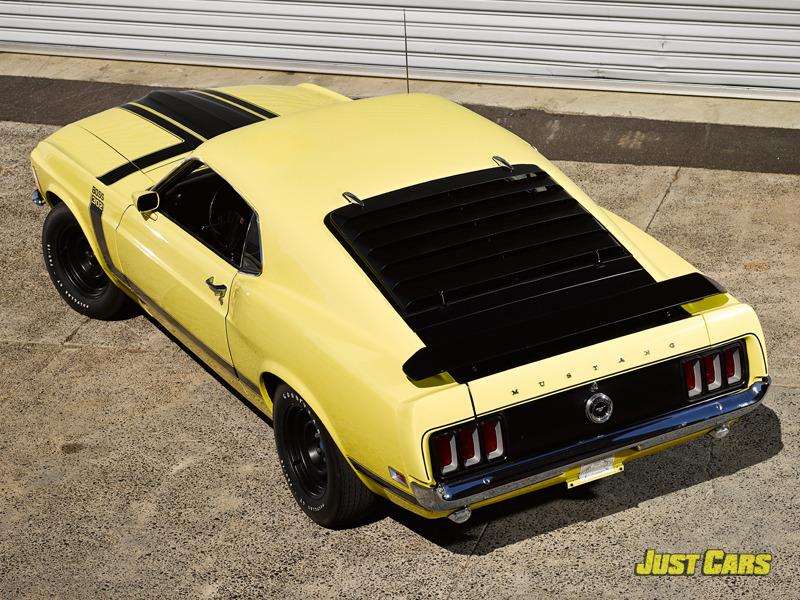