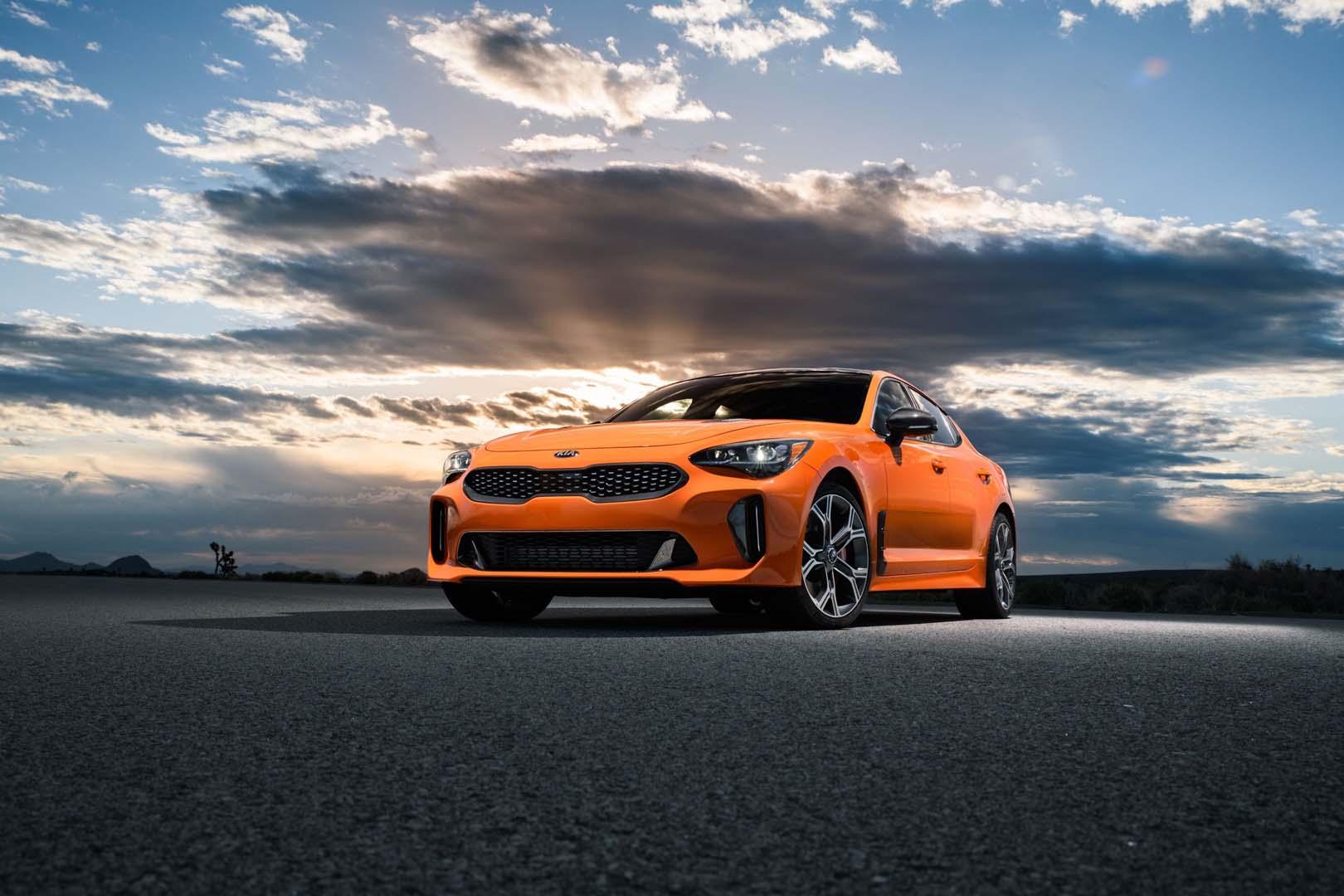 While some elements of the upcoming model are the same as the GT version sold in Australia, the GTS gets mechanical and cosmetic parts we don’t, including all-wheel drive and a new ‘drift mode’ that’s available on AWD Stingers sold in the North American market. The GTS will also be released in RWD form.

Drivetrain for the Stinger GTS is the familiar 3.0-litre twin-turbo V6 used in the Stinger GT sold here, outputting 272kW at 6000rpm and 510Nm at 1300rpm. Transmission is the same 8-speed auto that we get, too.

The new all-wheel drive version of the Stinger GTS uses what Kia calls Dynamic AWD (D-AWD). While AWD has been available in the US and some other LHD markets since the Stinger’s launch, the D-AWD on the special edition GTS is a modification of that system, allowing what Kia calls “spirited driving” and designed to “close the gap in behaviour” between the AWD and RWD Stingers.

Key to the D-AWD system is the addition of a mechanical limited slip rear diff, that enhances traction and distributes power more evenly between the rear wheels when slip is detected. 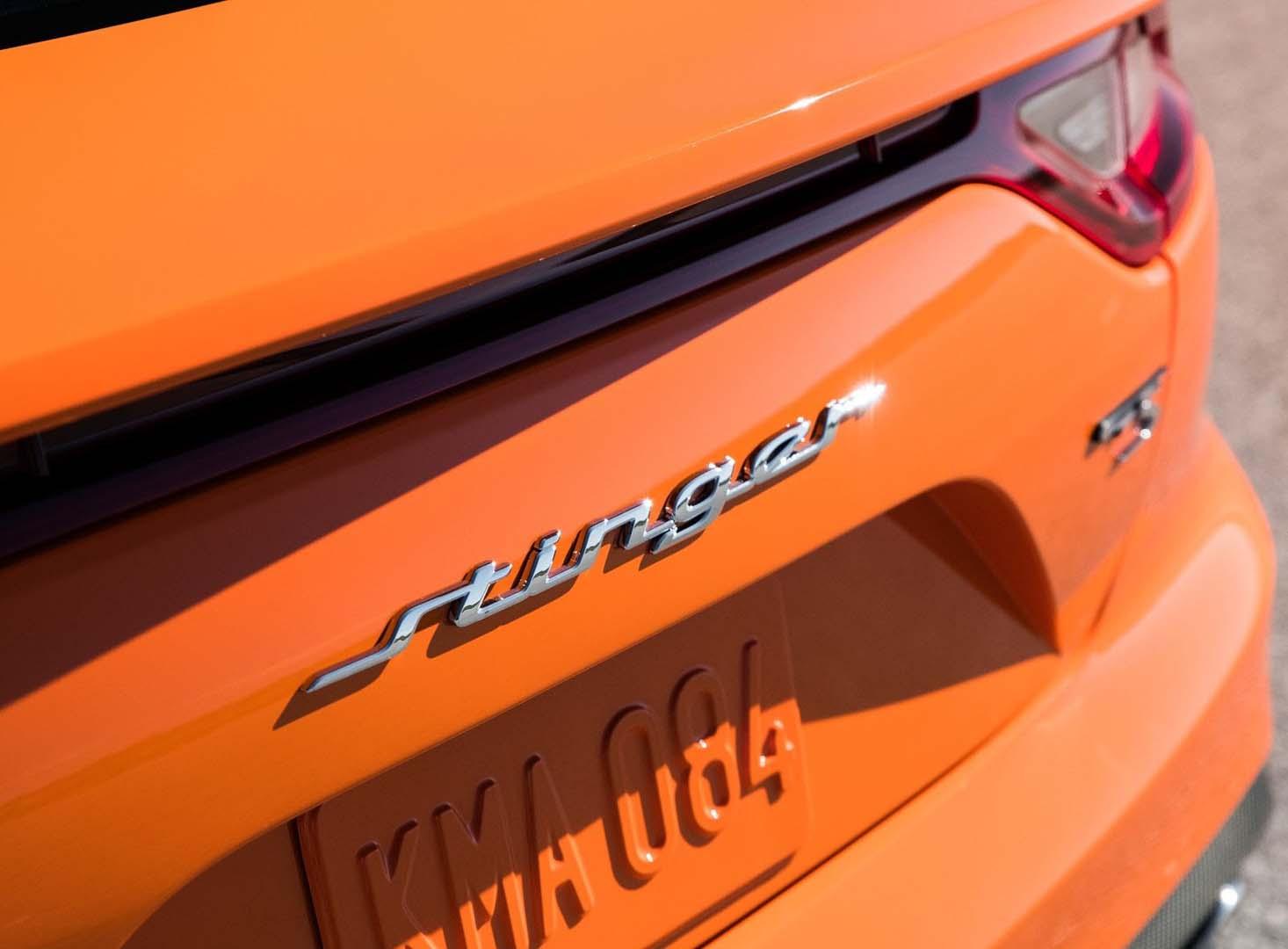 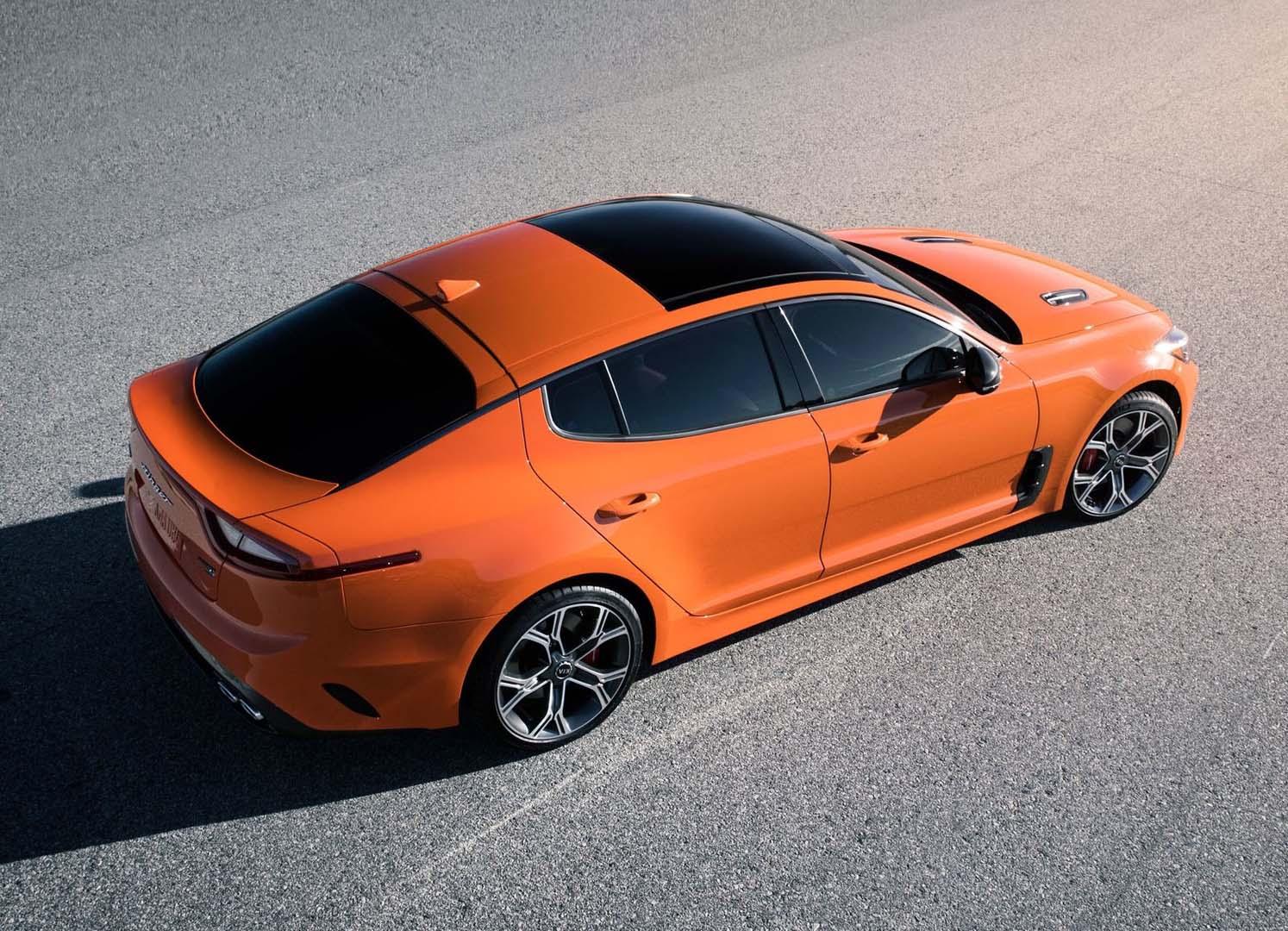 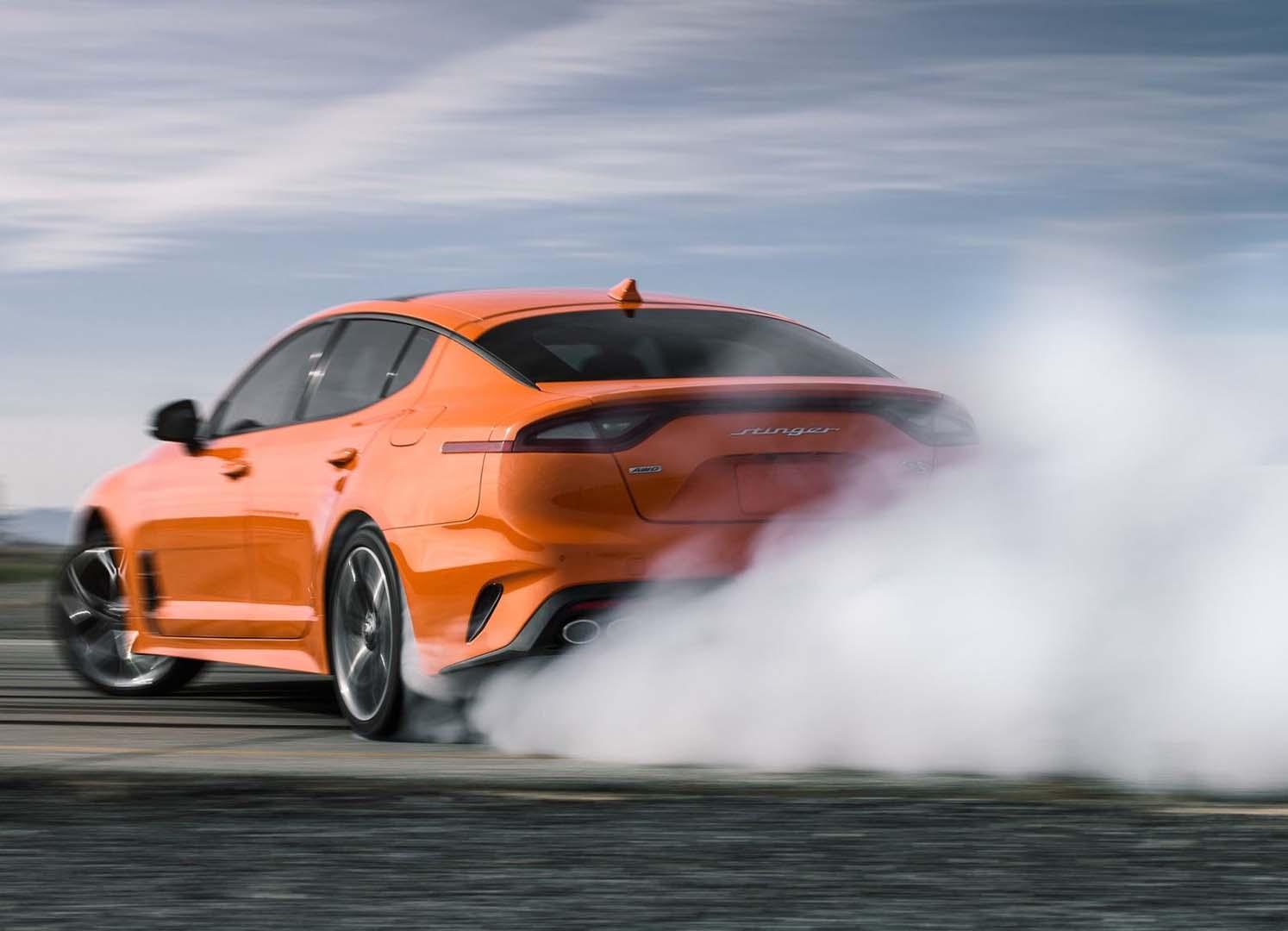 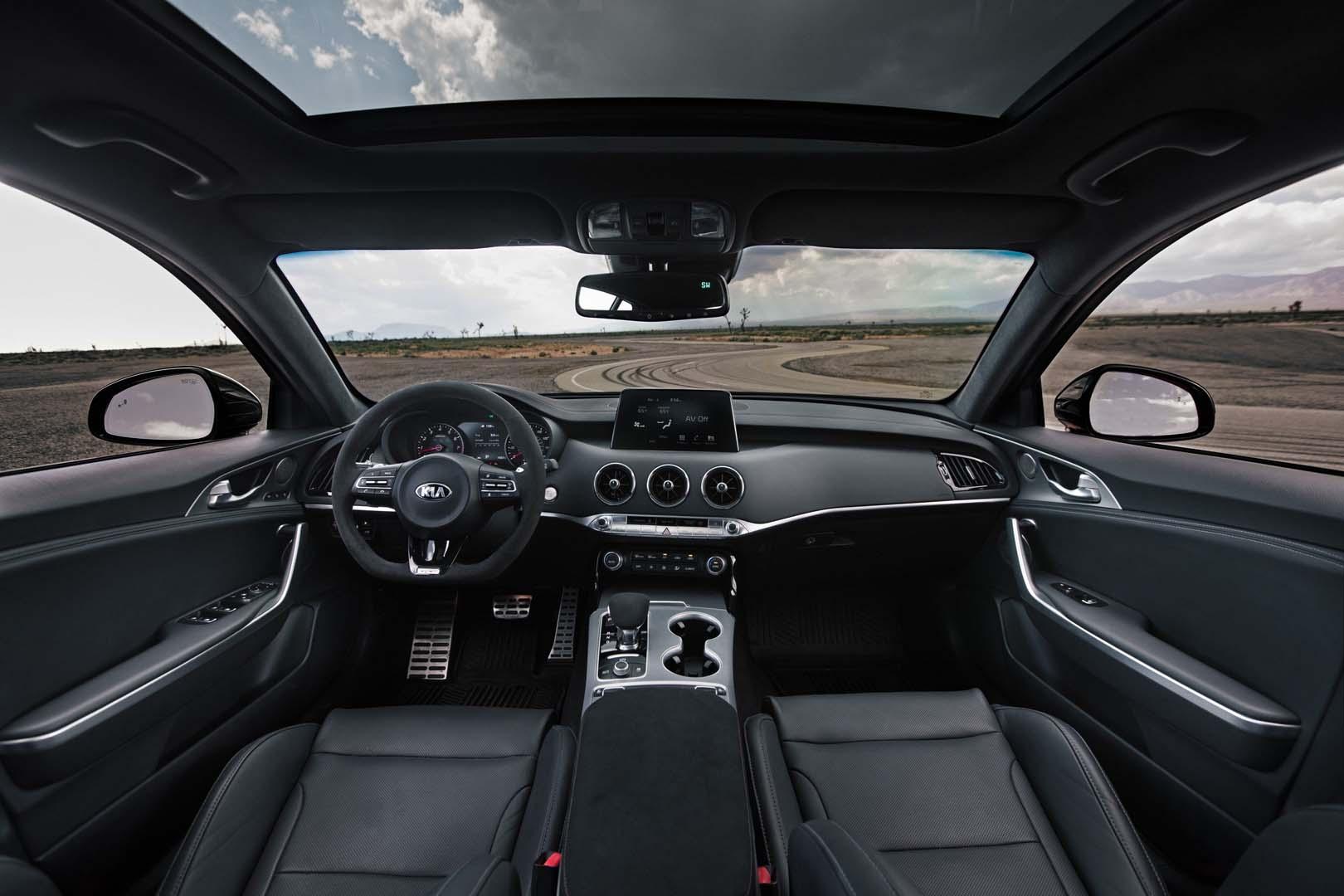 Some measure of electronic control is retained with a ‘Slip Control and Counter Steer Detection’ feature, as well as inbuilt Stability Control.

Visually defining the Stinger GTS is a new paint finish – Federation – that’s exclusive to the limited-edition model. This bold orange hue is enhanced by genuine carbon fibre trim on the grille surround and side vents, with the exterior mirrors also featuring caps in real carbon fibre.

A ‘GTS’ emblem is added to the corner of the bootlid, with the regular KIA badge on the boot replaced with a ‘Stinger’ badge. A sunroof is standard, too.

Inside, the Stinger GTS adds more premium materials, including Alcantara on the steering wheel and centre console, while the headlining is in Chamude, a premium suede-like synthetic material.

A wireless smartphone charger is standard and the limited-edition also gets a premium 720-watt Harman/Kardon audio system with QuantumLogic surround sound and Clari-Fi signal-enhancing technologies.

Only 800 units of the Stinger GTS will be produced across both RWD and D-AWD for North America, with a release date scheduled for the northern hemisphere spring and list pricing of US$44,000 for the RWD version and $46,500 for the D-AWD version.

Kia have not released the AWD version of the Stinger here in Australia and say they have no plans to do so in the future, so don’t expect a GTS to be available here anytime soon. However, Kia have said they would consider adding some of the equipment from the GTS to the locally-available GT as a future special edition. 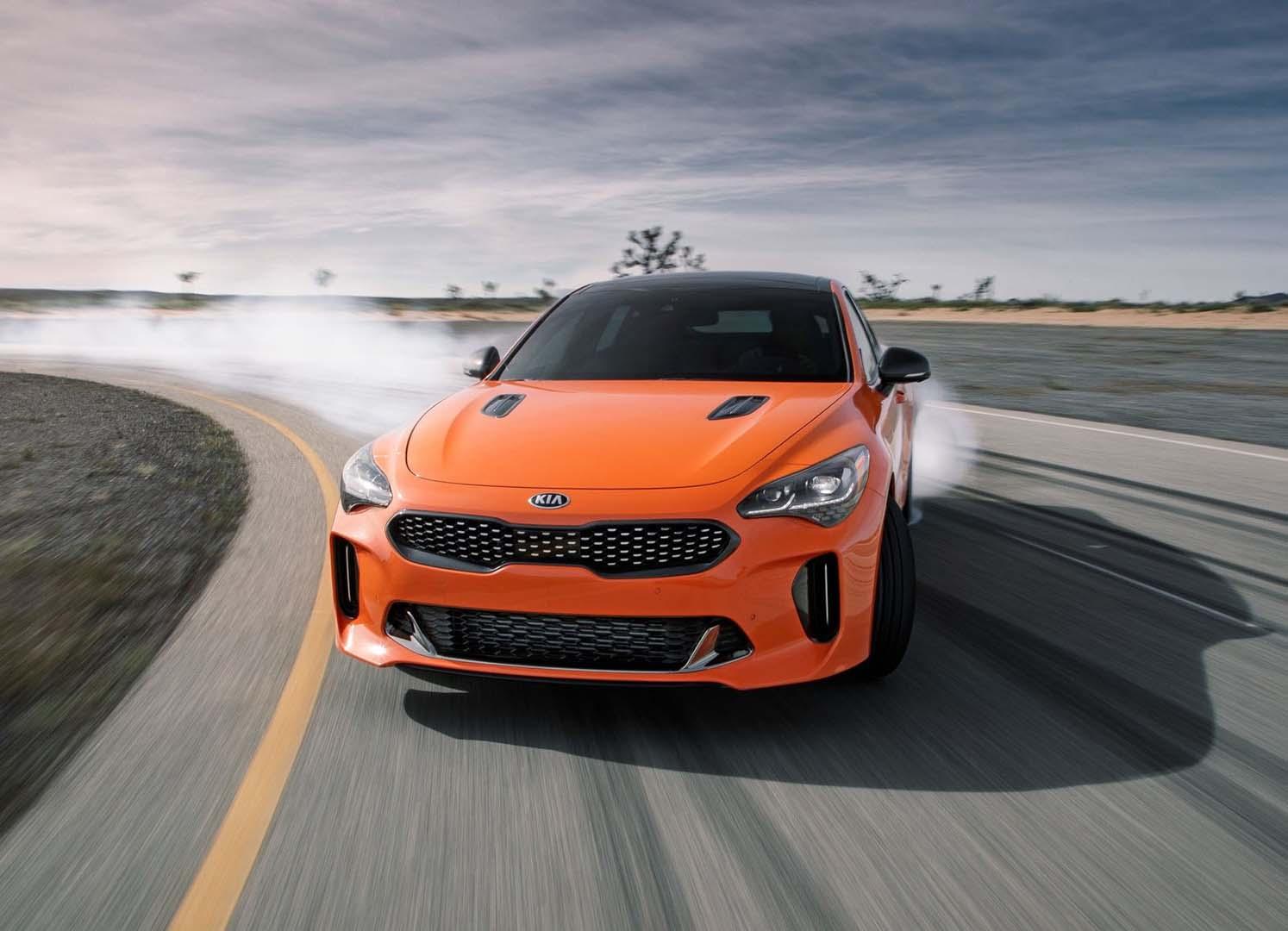 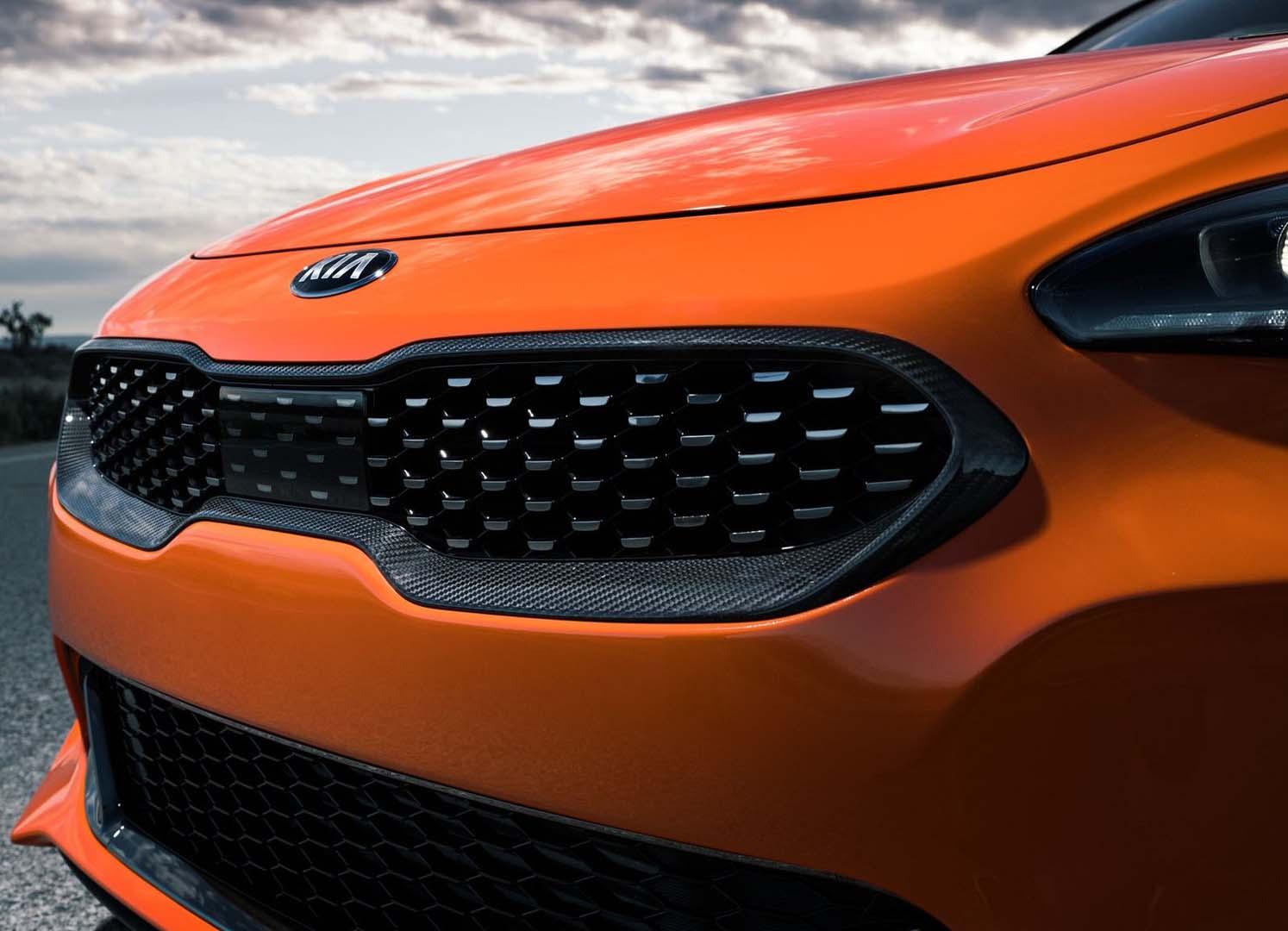 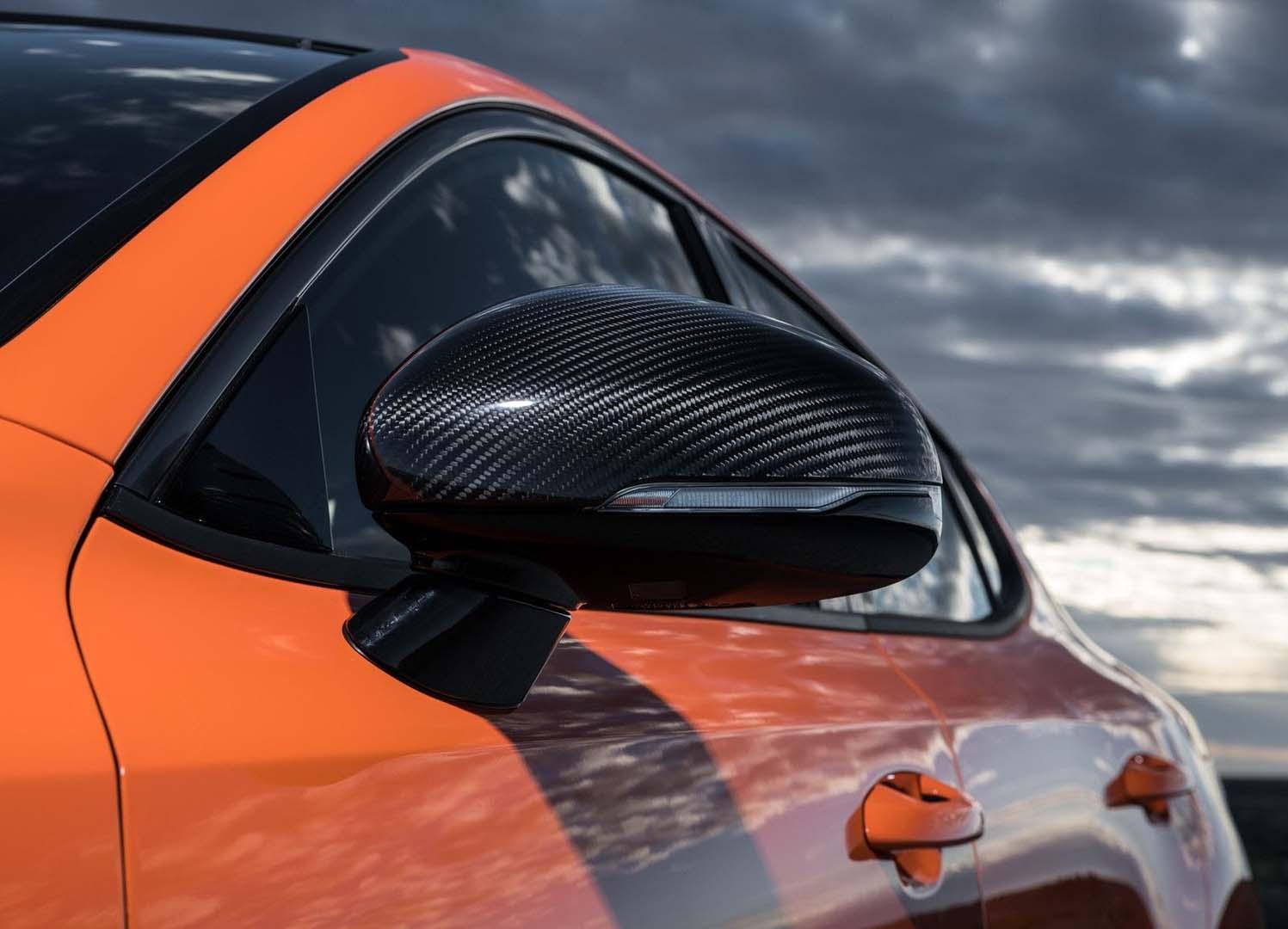 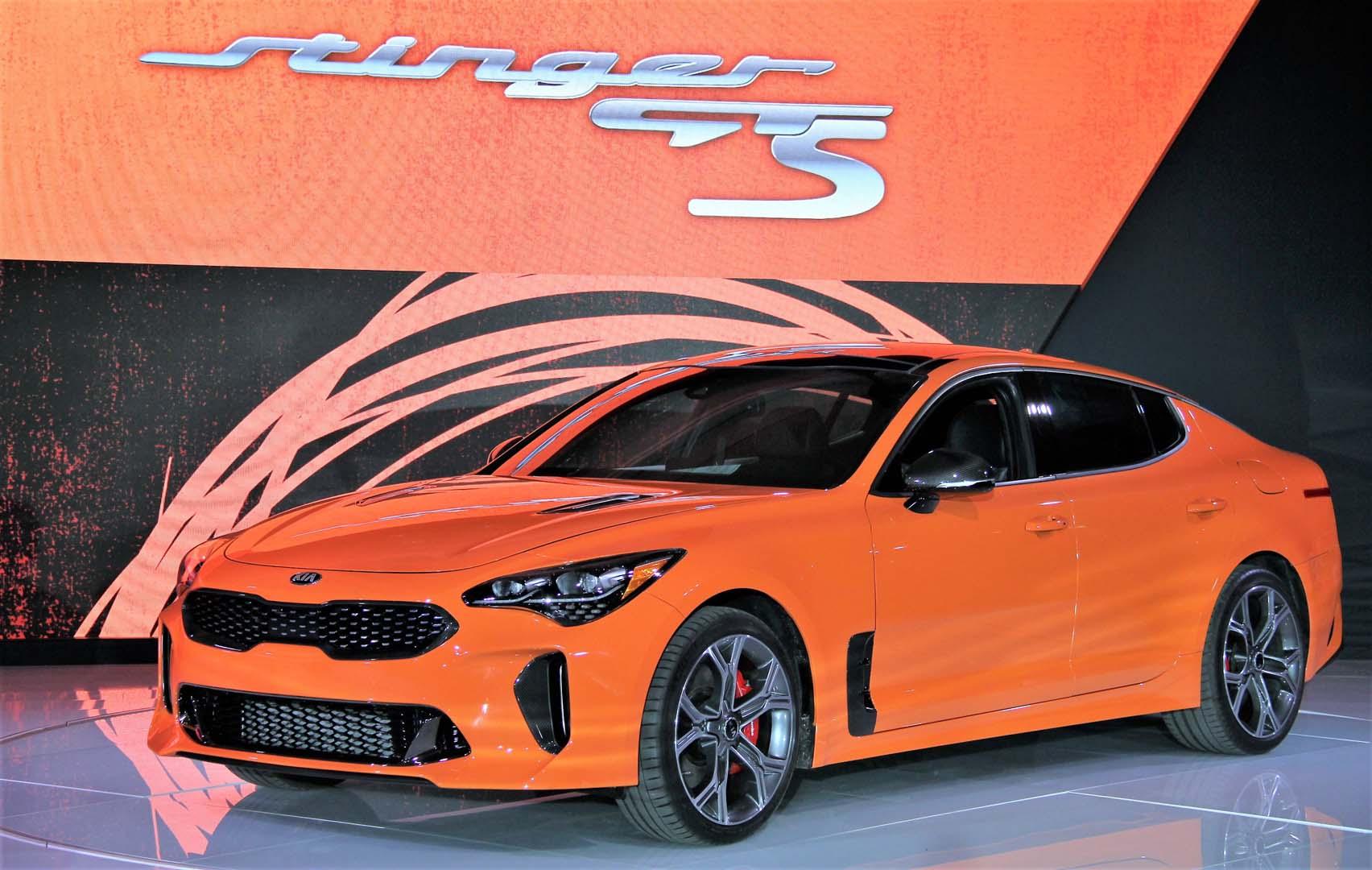