With a big HTCAV grid confirmed, the 2022 Phillip Island Classic Festival of Motorsport will be a classic in every sense

With 75 cars entered at time of writing, the JUST CARS Historic Touring Car line-up at this year’s Island Classic on 11-13 March will be the largest seen at the event in years, with big names from across the continent – in both capacity grids – locked in. 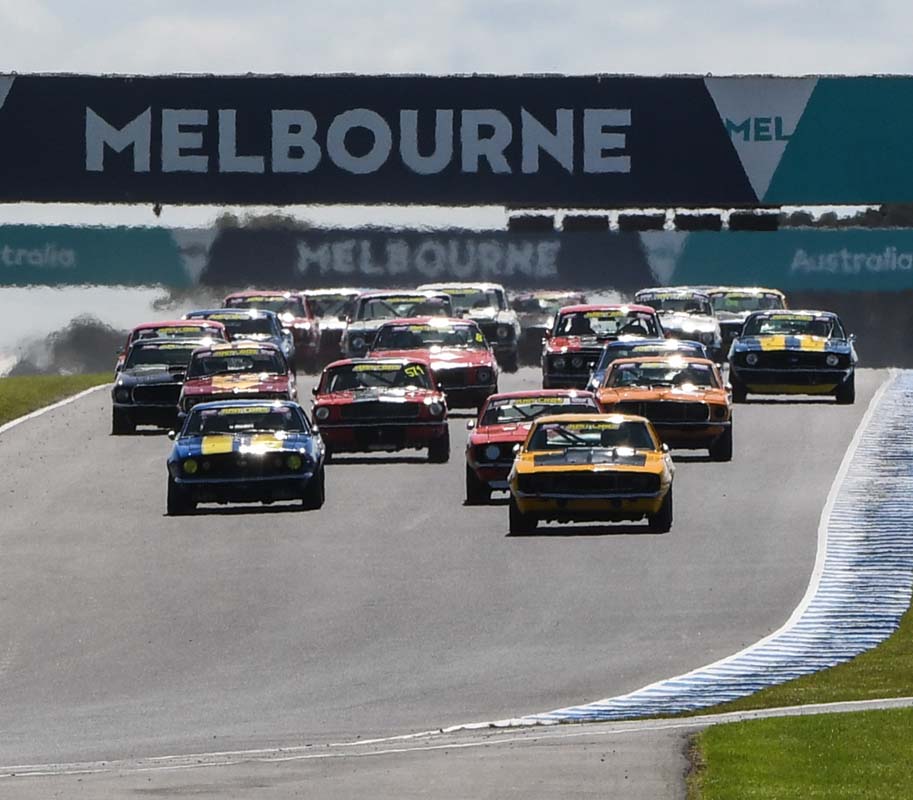 This year, a new capacity split - Under 2 Litres plus Invited Cars and Over 2 Litres - is being trialled to encourage closer racing. A bumper crop of smaller cars has taken up the challenge and the screaming four-cylinder brigade will really turn it on.

From Sydney comes Spencer Rice in the super rapid Alfa, flanked by David Noakes and Mark Lenstra in BDA Escorts. Locals David Brown (Datsun 1600 SSS), Rob Burns (Alfa), Peter van Summeren (Lotus Cortina) and Rob van Stokrom (BMW) will be fending them off, while twelve Cortinas, eight Minis and many more will stream behind them in a field of almost forty cars. Included will be Invited Cars from the Over 2 Litre class who will be in with the littlies to mix things up a bit!

Among the big bangers in Over 2 Litres, things are certain to get wild. The Camaros of West Aussies Paul Stubber and Aldo de Paoli can often hold sway, but John Bowe in Joe Calleja’s Fastback Mustang will aim to upset the established order.

Young Sydney gun Jamie Tilley in the Group Nb 289 Mustang carried all before him last year, while the Fastback Mustang of Michael Miceli knows how to win at the Island – three from three at the last meeting.

Darryl Hansen will have his new Mustang, while noted Sportscar, GT and TCM driver Keith Kassulke is ready to go with the ex-John Mann Camaro, matching it up with Geoff Munday’s similar car.

Firepower from NSW will arrive in the form of Adam Walton’s Mustang, Stephen Scales’s Camaro and proven winners Harry Bargwanna and John Harrison in the lighter, nimble 289 Mustangs. Both of the latter are regularly in the first half dozen.

Among the sixes, Queenslander Craig Allan’s unbelievable Torana has a personal grudge match with Andrew William’s newly repaired car, while a trio of Chargers may be led by the fiery Rob Burns, a potential podium finisher in both grids.

And now for added spice

Over the past few years, Mazda RX-2 drivers have been having things their own way in the small car grid, but now they’ll be unleashed among the big guns on the big stage. Jason Humble, Wayne Rogerson, Peter McNiven and now Darren Hossack have shown they’re outright contenders against the V8s – now they get the chance to prove it on the big stage.

Three races apiece, JUST CARS racers a half-century old from the furious to the curious, tens of thousands of roaring horses – what a show! Make sure you’re there this 11-13 March.