It may run an all-new powertrain, but the Taycan Turbo remains true to Porsche’s high performance traditions.

Words and Photos: via Practical Motoring

Porsche has joined the electric revolution with the Taycan, their first all-electric car. Following the template set by Tesla, the four-door Taycan teams extreme performance with a relatively normal four-door body. And if the 390kW/650Nm and 4.0 second 0-100km/h performance from the Taycan 4S isn’t extreme enough, you can step up to the Taycan Turbo and Turbo S.

There are obvious styling similarities between the Taycan and Porsche’s other four-door car, the Panamera. But the Taycan is slightly smaller, in turn reducing rear seat space.

That said, Porsche has been innovative in reducing the compromises that often hurt electric vehicles. While the batteries are assembled along the floor of the car, there are two “foot garages” for those in the rear seats to allow a more natural seating position. They’re basically gaps in the placement of the batteries, providing more foot space.

Up front, there’s no issue, with a thoroughly Porsche flavour to the layout, albeit with more screens and touch panels than any Porsche has offered before. Think of it as a tech injection for a car that’s focused on technology.

Porsche has employed a Land Rover-style dual digital display up front, teamed with a curved digital instrument panel. The horizontal upper touchscreen looks after most of the Taycan’s infotainment features – including navigation and audio – while the lower vertical screen is more about ventilation and seat heating controls. 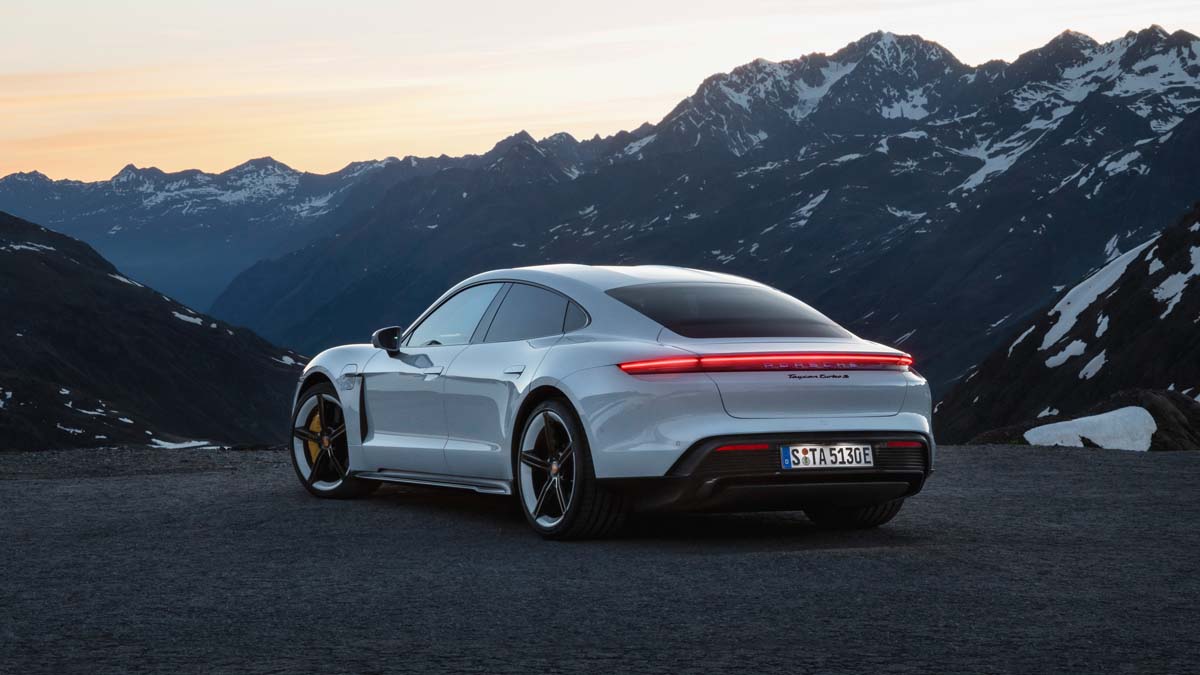 That upper screen also incorporates Apple CarPlay, though, like all Porsches, there’s no Android Auto. The Taycan is also the first car to incorporate an Apple Music app into its interface. You’ll need a subscription to make it work, though.

Passengers need not feel left out, either. Like the latest Ferraris, you can option an infotainment screen for the front-seat passenger. It’s a neat addition, although largely redundant given the main infotainment screen sits within millimetres of it. Perhaps its most useful feature is being able to project the speedo and basic driving information.

That’s just the start of the options list which runs to features like a beefier Burmester sound system.

There is no internal combustion engine in the Taycan, only electric motors - one for the front wheels and one for the rear – which makes the ‘Turbo’ tag odd, and irrelevant, to be honest. The rear motor is common to the Turbo and Turbo S, but on the S, there’s a slightly larger front motor and inverter, which can send more electricity for a bigger kick.

In the most efficient ‘Range’ mode, the front motor does most of the driving. It’s the rear motor that is the most interesting, though, not only adding extra traction and grip when needed, but also being hooked up to a two-speed transmission that allows for higher speed running.

Whereas some EVs start to feel anaemic above 150km/h, the Taycan keeps storming along, having shifted to its second gear at around 75km/h.

Ultimately, it’s the raw numbers that make the Taycan’s acceleration so impressive. 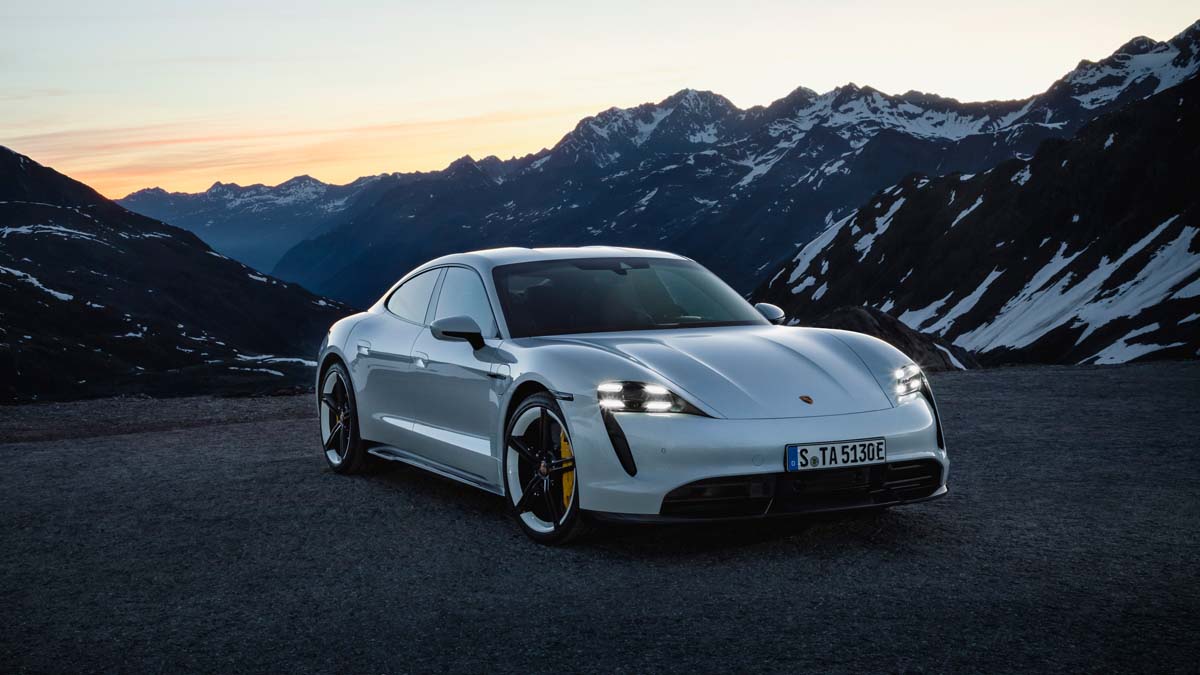 In the Taycan Turbo, maximum power is claimed at 460kW and torque at a hefty 850Nm, providing supercar-like intensity from standstill. Using launch control for the quickest start (select Sport Plus mode, hold your foot on the brake and floor the accelerator) power peaks at 500kW for 2.5 seconds, and 100km/h comes up in 3.2 seconds.

Again, it’s the torque that plays such a big role. Stab the accelerator and there’s no waiting for turbos to spool up or gearboxes to sort themselves out – in the Taycan it’s instant thrust. Lots of it. 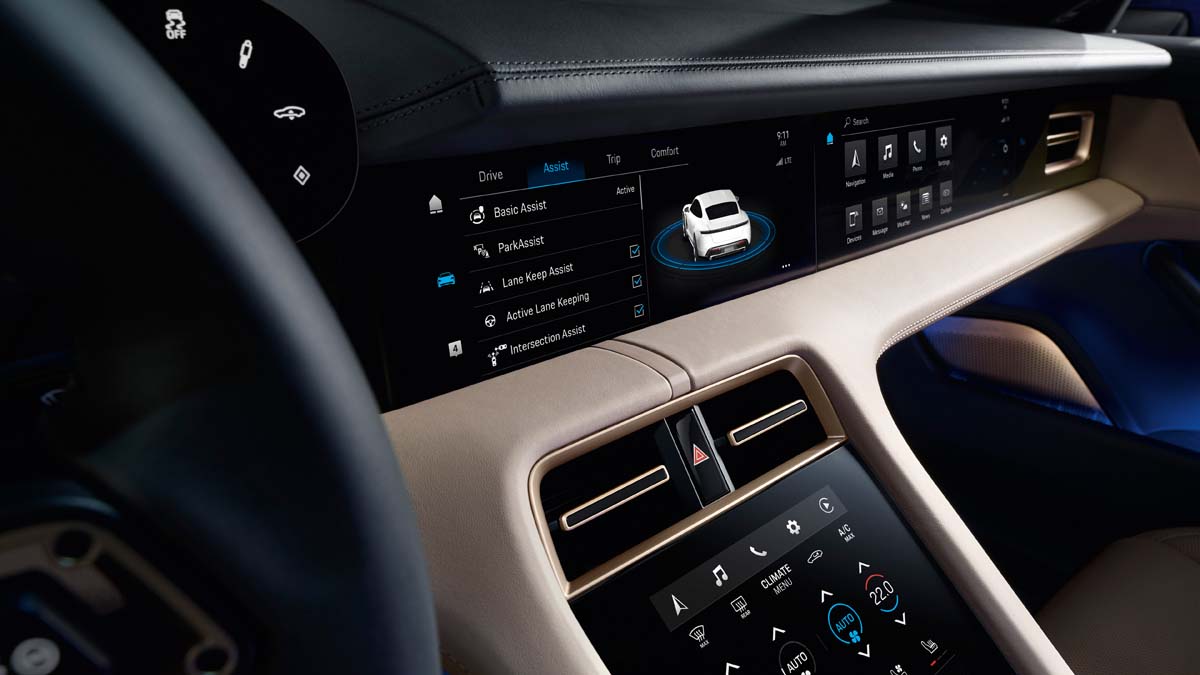 On a wet road, the traction control does an incredible job of apportioning power to the wheels with traction, a split-second hesitation making almost no difference to the ballistic acceleration. The snick of the two-speed gearbox shifting at around 75km/h makes for a nice mechanical accompaniment, and the excitement keeps on coming all the way to the claimed 260kmh top speed (for both Turbo and Turbo S).

There’s also plenty of character, the electric motors letting out a nice whirr. It’s less enticing if you select one of the Sport modes, which amplifies the sound through the speakers to the point where it all sounds quite fake. 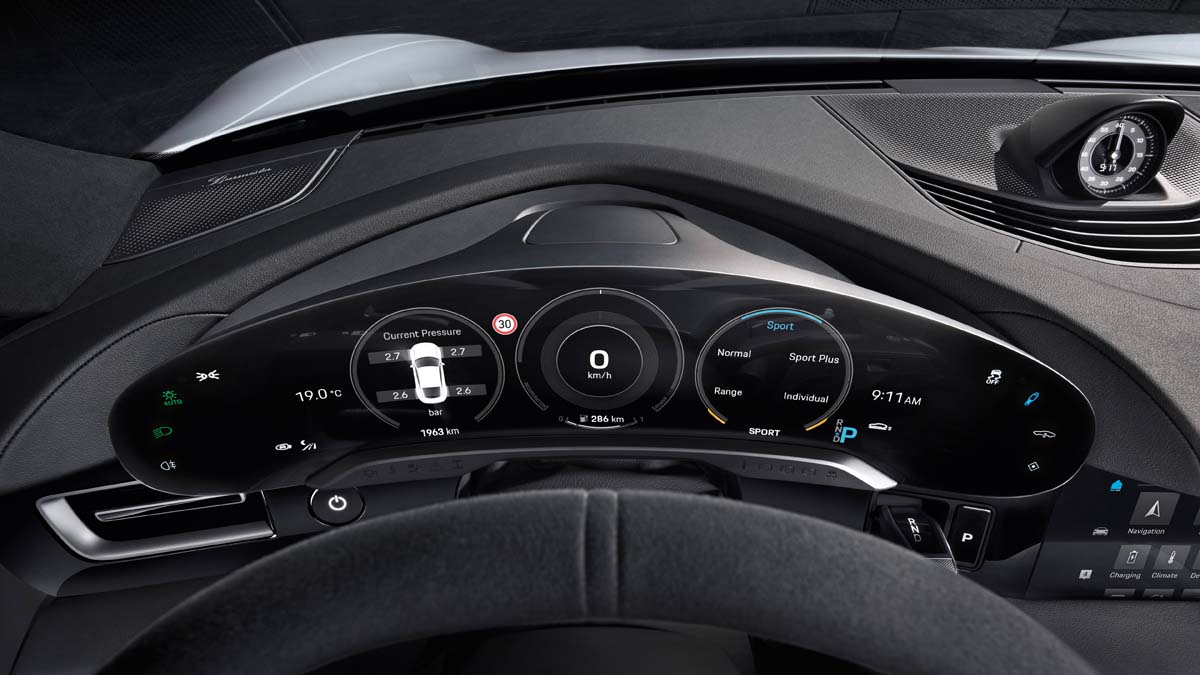 Keeping things going is a usable battery capacity of 83.7kWh. Porsche claims a driving range of up to 420km in the Turbo and 412km in the Turbo S (the latter getting stickier tyres with more rolling resistance). Our often spirited driving suggested that would be optimistic, but something like 300-350km between charges is thoroughly achievable, even with plenty of fun along the way.

In terms of cost, the Taycan will take something like $25 of electricity (assuming an electricity cost of 30 cents per kilowatt-hour). So you’d be looking at about half the energy cost of a brisk car running on petrol.

The goal with the Taycan was to ensure it delivered on the driving experience like any other Porsche – right down to being able to give it a good racetrack thrash.

That’s why the brakes are enormous. Most drivers will never go through a set of brake pads during their ownership of a Taycan, instead relying on the regenerative braking that provides up to 0.38g of braking force without even touching the regular braking system. That’s prompted Porsche to put automatic replacement of brake pads into the service schedule after six years to account for degradation of the pad itself. 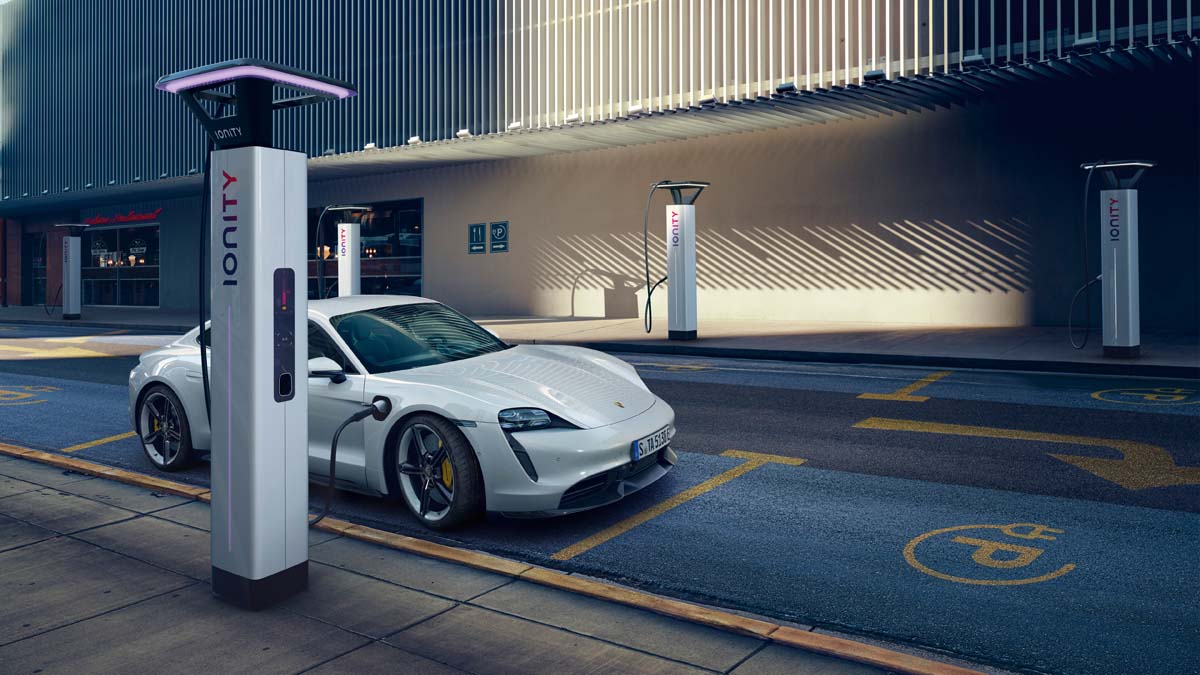 The Taycan’s driving dynamics belie its 2.3-tonne overall weight, thanks mostly to the batteries – all 650kg of them - being down low in the car. This placement reduces unwanted leaning through corners or on quick direction changes, in turn helping with the whole dynamic equation.

It translates to a car that stays remarkably flat when thrown at a bend. Poised and beautifully controlled, it almost encourages you to up the pace. Combined with fluid and predictable steering, it makes for a car that changes direction superbly and maintains composure at any speed.

That the Taycan manages such pace and grace while dealing adeptly with bumps reinforces its talents.