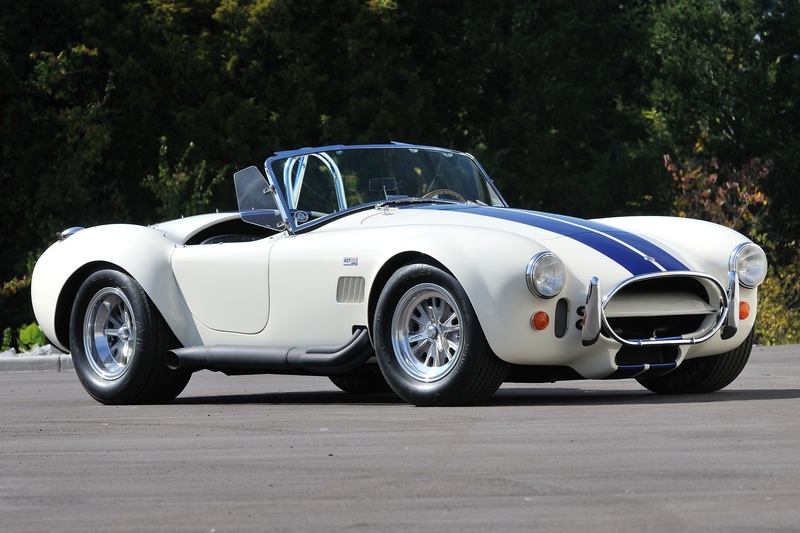 More than 75,000 people flooded the auction grounds in Kissimmee, Florida, to take part in the festival-like atmosphere of what's been described as the largest collector car auction in the world.
Mecum Auctions' 10-day auction, held this past January 18-27 in Florida, reportedly exceeded all expectations. 2,610 cars, from a total 3,337 lots, crossed the auction block. A 70 percent sell-through rate was achieved and total sales for the event reached over US$71 million.

More than 75,000 people flooded the auction grounds in Kissimmee, Florida, to take part in the festival-like atmosphere of what's been described as the largest collector car auction in the world. Thirty-two hours of the colossal event was broadcast live on US cable TV, allowing those at home to take in the auction floor action right alongside the Mecum family.

Within the massive lineup of vehicles, three private collections were featured which nabbed eight of the top ten spots for highest hammer prices. Several record-setting sales were made, but sitting at the head of the Top Ten sales list was a restored 1966 Shelby Cobra 427 roadster, which sold for US$735,000.

The Cobra, plated CSX3301, came from the third production group of 427 Cobras, and is unusual in that it was completed at AC Cars in the UK and never titled to Shelby American, being sent direct to Ford Advanced Vehicles in the UK. Factory-equipped with Smiths gauges, a removable hardtop, Sunburst wheels and the all-important 427 Ford V8, CSX3301 was sold new in France, and seems to have spent all its early life on the Continent before coming to the USA in 1977.

The low mileage (6,755) can be explained by the fact the Cobra spent part of its time in France as part of a personal collection, being driven sparingly. After coming to the USA, CSX3301 passed through a few hands before being subjected to a thorough restoration in 2001 by HRE Motors in Freeport, New York.

As auctioned, the '66 AC Cobra was still in outstanding condition, with an exceptional interior and engine compartment. As Carroll Shelby himself noted, this is an especially unique 427; he signed the glovebox lid as such with 'One of the rarest. CSX3301. Carroll Shelby' 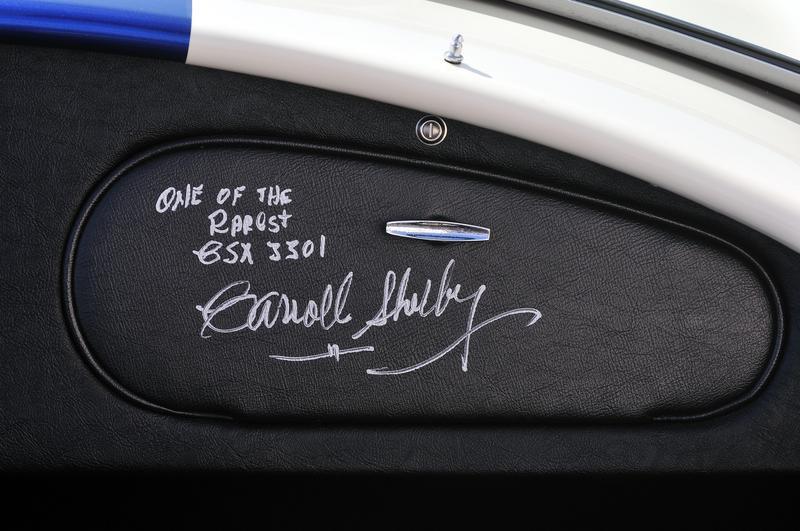 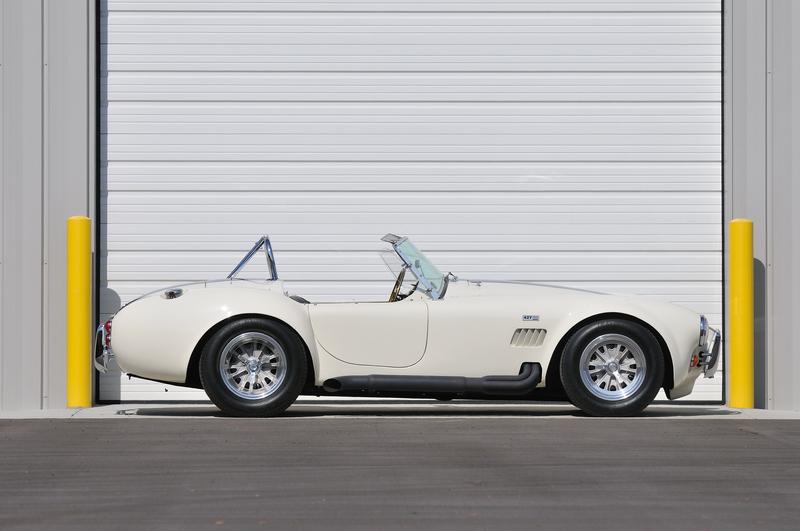 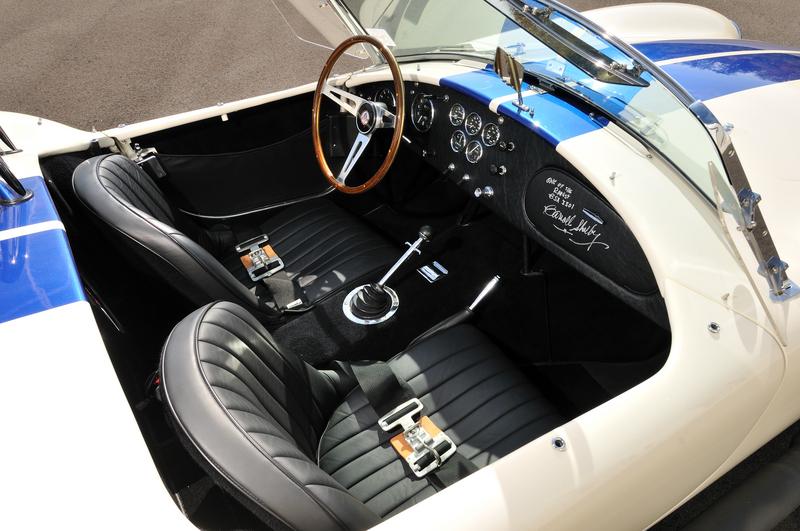 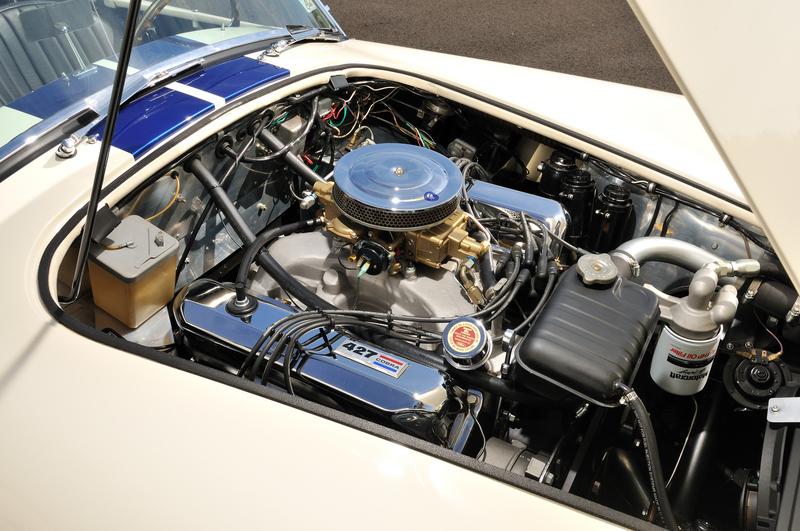 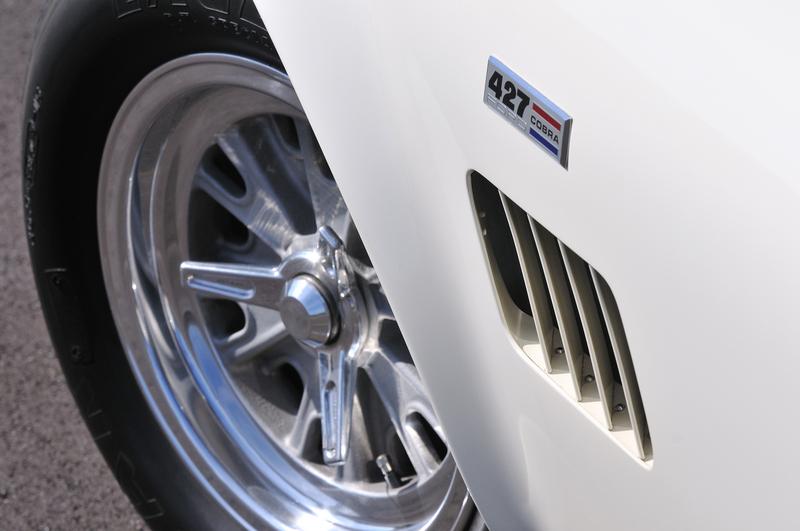 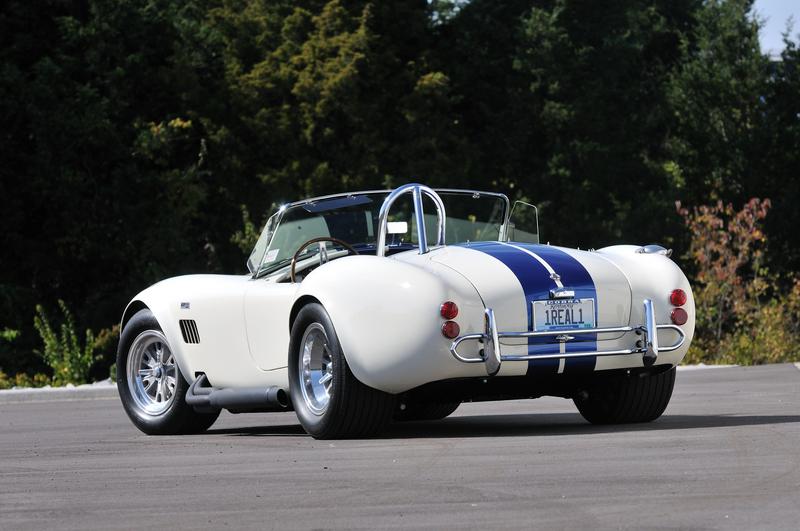