Inspired by English market special edition, this US market Capri was fully rebuilt in Australia.

The annual Small Ford Sunday in Victoria is guaranteed to present rare and unusual Fords. This year’s event was no exception, with perhaps the most striking rarity being this MkII Capri ‘Midnight Special’ tribute that has led an interesting life. 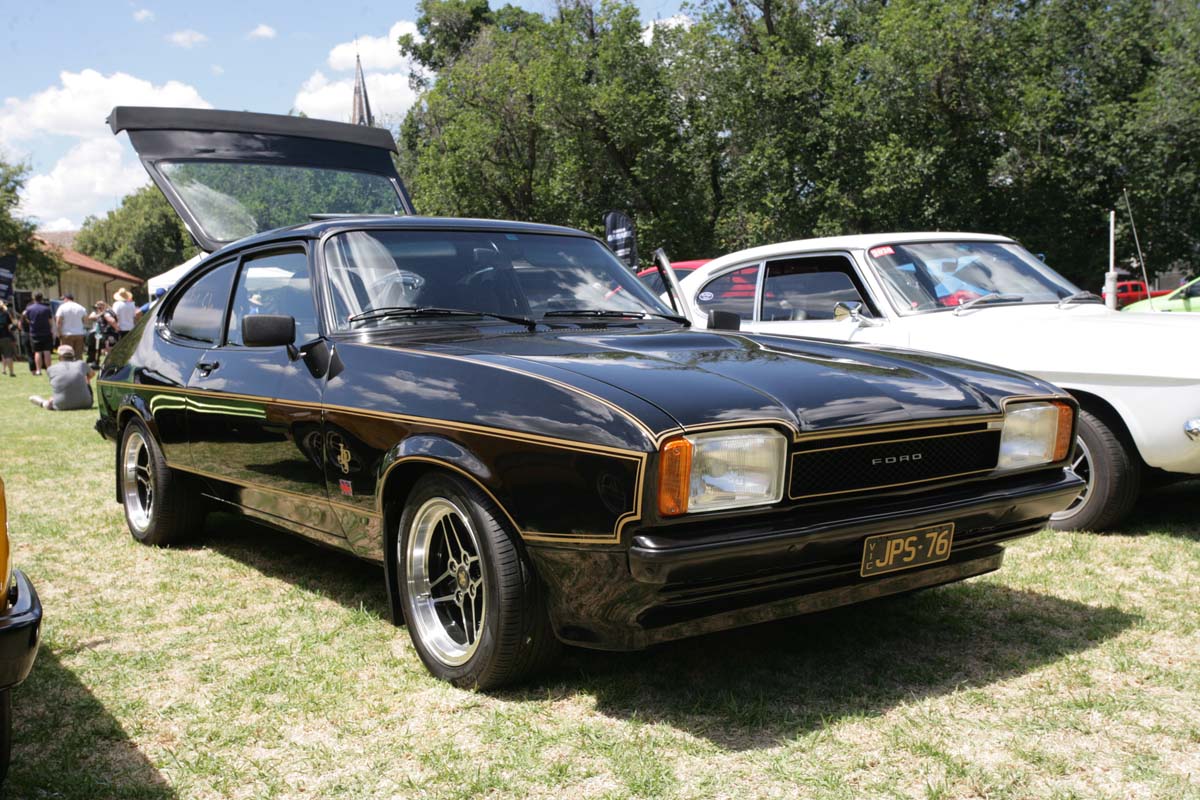 Hosted by the Ford Rallye Sport Owners Club of Victoria (RSOCV), Small Ford Sunday brings together all sorts of smaller Fords, from Cortinas, Escorts, Prefects and Anglias, to modern Focuses and Festivas.

Between the passionate RSOCV membership and related Ford owners’ community, the event always attracts a good quantity of cars, from the pre-WWII era to the present day. 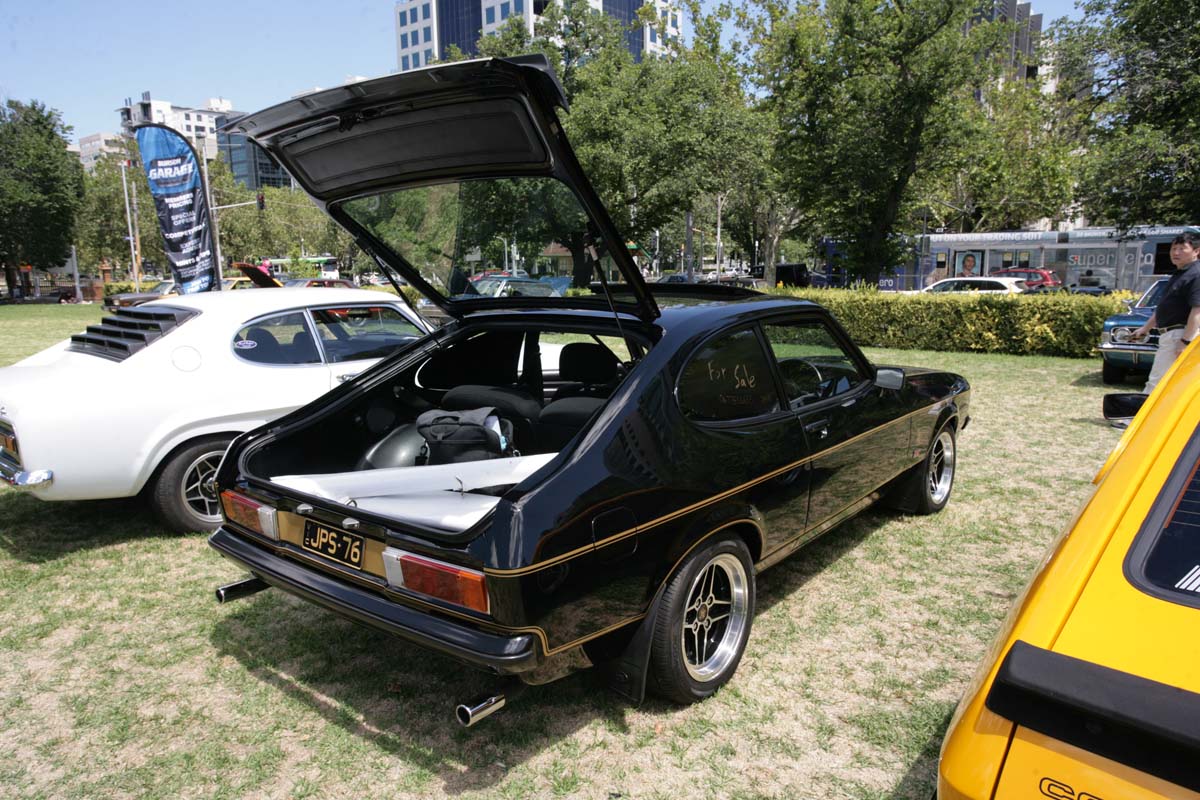 A super rare sight here in Australia, this MkII Capri is in the style of the “Midnight Special” special edition released by Ford UK in June, 1975.

Based on the Capri S and available with a choice of three engines (1.6-litre and 2.0-litre four-cylinder and a 3.0-litre V6) in the British market, the Midnight Special was also known as the ‘JPS ‘as it carried a black-and-gold livery inspired by the Team Lotus Formula 1 cars, which at that time were sponsored by John Player Special cigarettes. 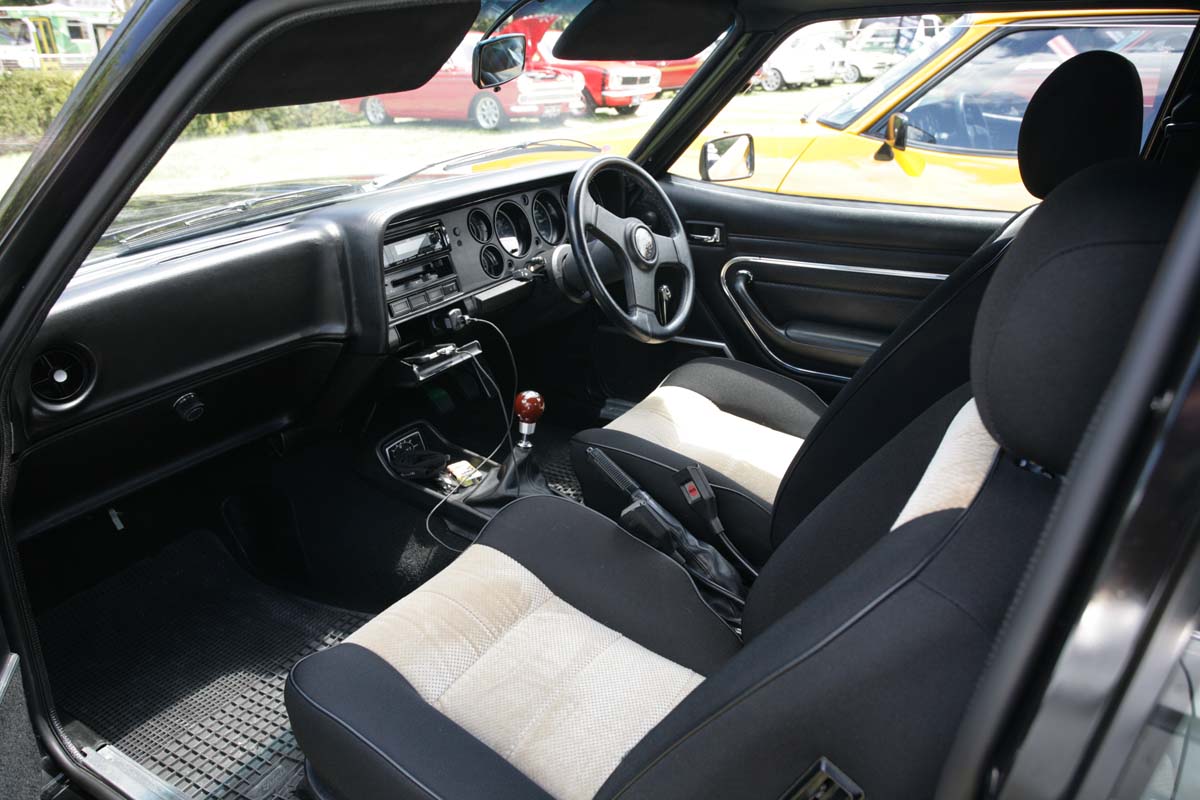 For the Capri, this F1 colour scheme was interpreted with gold coachlines on a black body, although a handful of cars with white paint and gold detailing were also produced. The alloy wheels featured gold inserts, as did the cloth-trimmed seats, but aside from the addition of a sports steering wheel, the rest of the interior was as per a MkII Capri S. 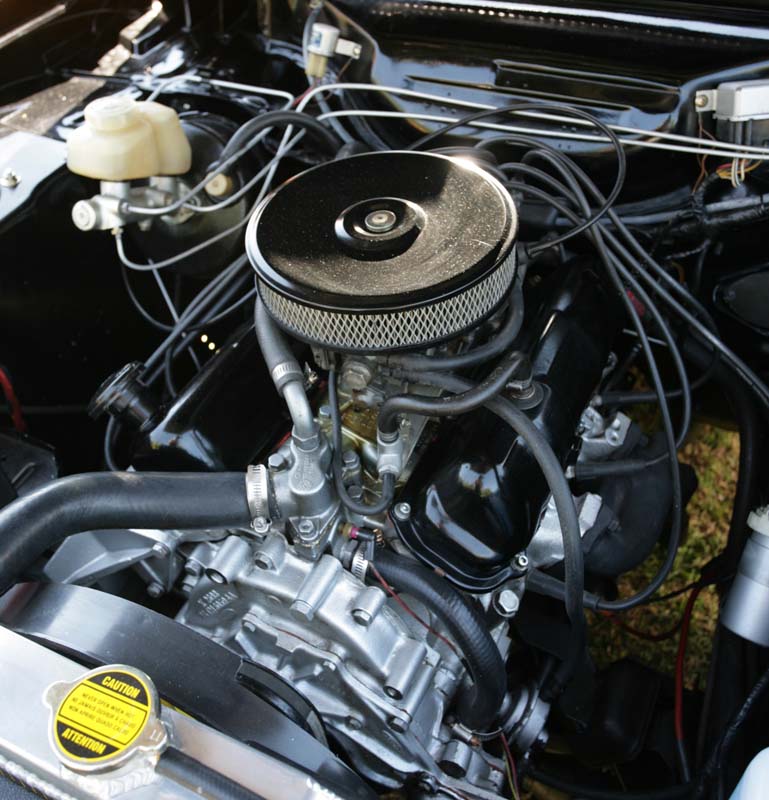 Not a genuine Midnight Special, the Capri shown here was originally built for the US market in LHD and badged as a Mercury. It ran a different engine, too, in the form of a ‘Cologne’ 2.8-litre V6.

The conversion to RHD was done after this car was imported to Australia some years ago, with all the replica Midnight/JPS paint, graphics and other details applied at the same time.

For sale at Small Ford Sunday, this Capri has since found a new enthusiast owner, who has continued to display it at Ford-themed events. 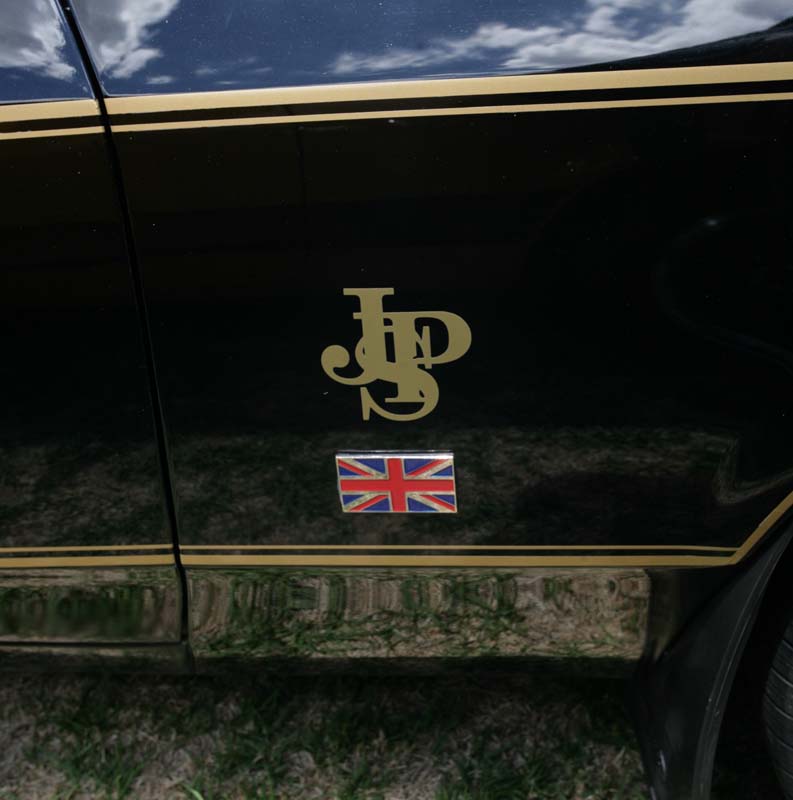