Small Ford Sunday is an annual event, hosted by the Ford Rallye Sport Owners Club of Victoria, that welcomes all manner of smaller Fords, like Anglias, Capris, Cortinas and Escorts, as well as more modern Lasers, Festivas and Focuses. The show also showcases some truly rare small Fords, too, like this P100 ute. 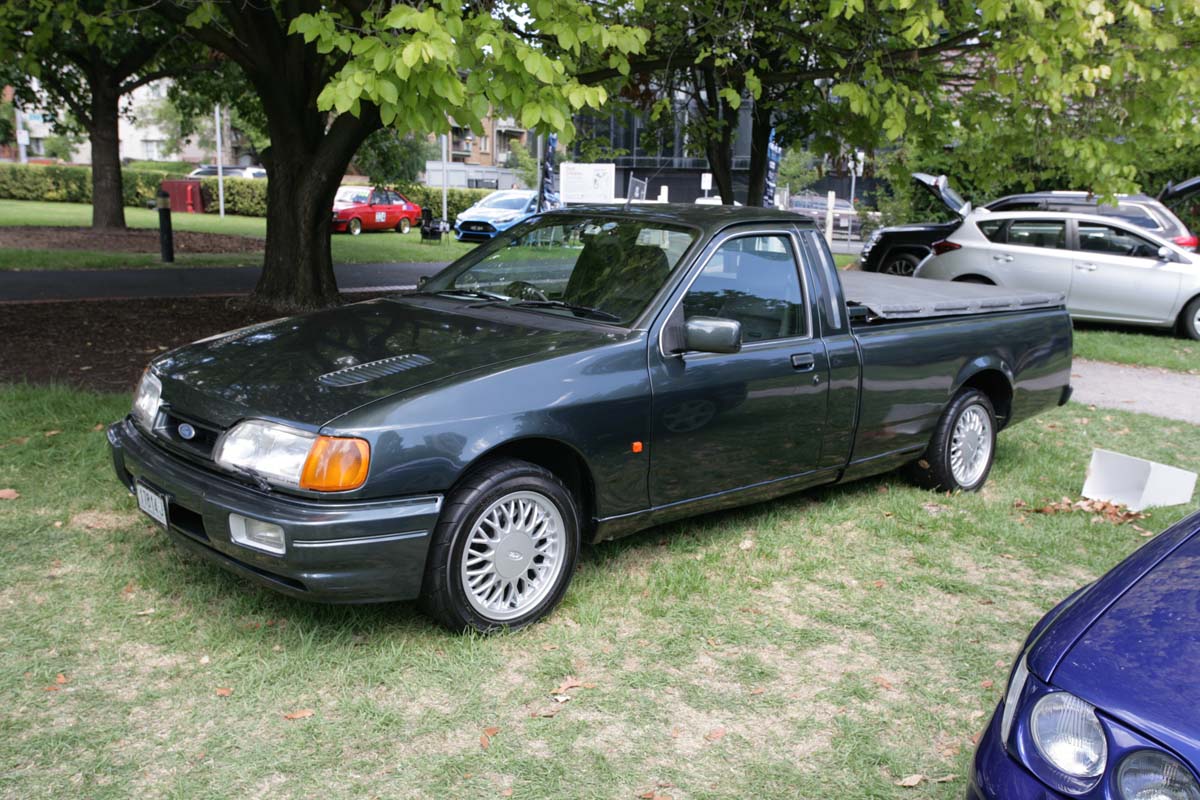 While JUST CARS has featured a MkII Cortina ute in the past, that was a home-built conversion. The utility featured here came from the factory – Ford’s Portuguese factory, to be precise.

Originally created by Ford’s South African operation in 1971 for the local market and based on the Cortina TC (aka MkIII) platform, the ‘Cortina Pickup’ was very much in the style of our Falcon ute, insofar as it used the front sheetmetal and doors from a sedan, with bespoke panels aft.

With a one-tonne capacity, the Cortina Pickup was available in ute or cab chassis form, with a choice of 1.6-litre four-cylinder or 2.5-litre V6 petrol engines. 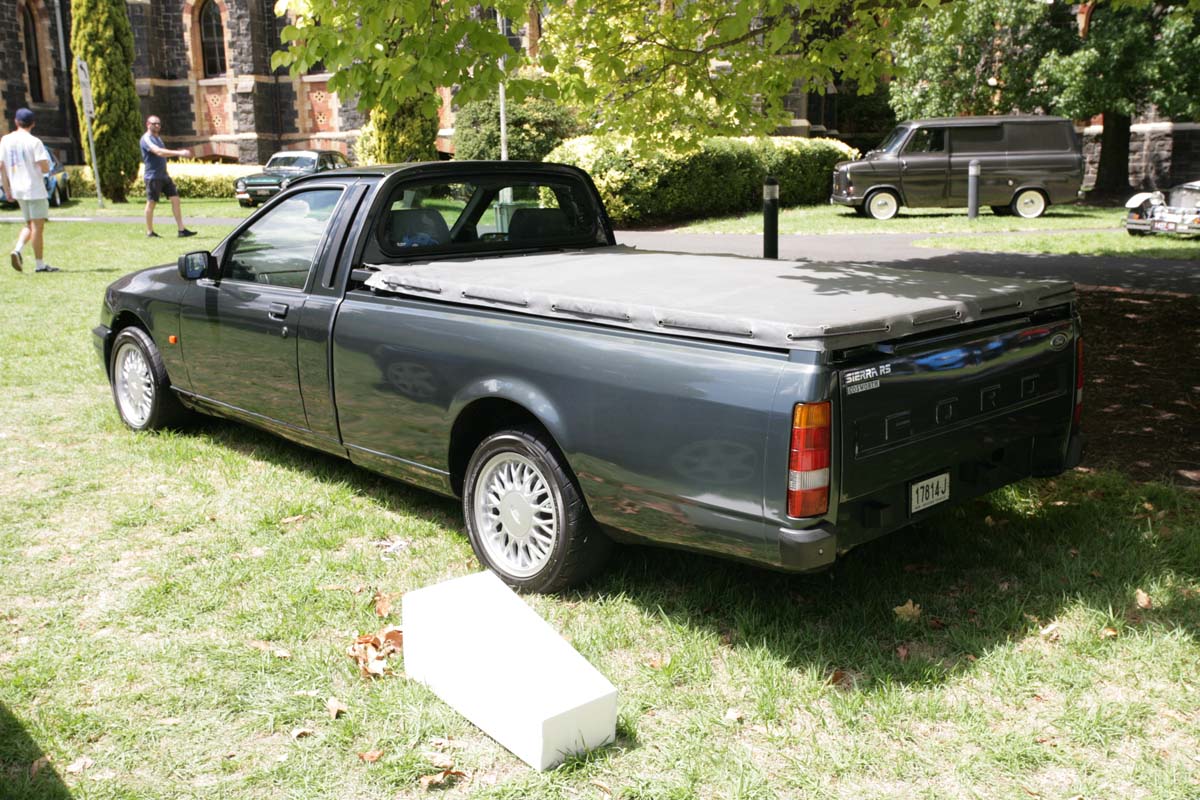 For 1988, the P100 was reinterpreted on the Sierra platform that Ford had introduced earlier in the decade. By this stage, production for Europe and the UK had moved to Portugal and the ute was available with either a ‘Pinto’ 2.0-litre petrol four or 1.8-litre turbodiesel four-cylinder.

The P100 carved out a popular little niche for itself in the UK, but when Ford replaced the Sierra with the Mondeo in 1993, P100 production came to an end. 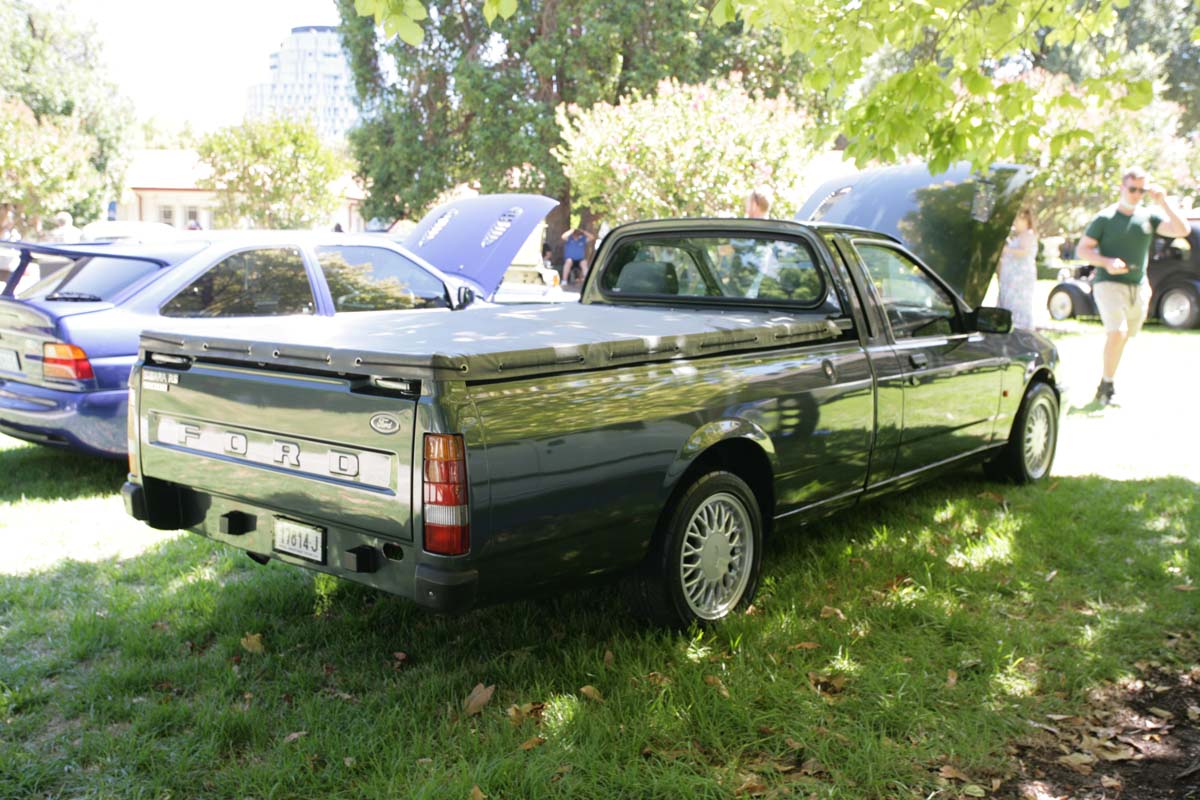 Being so similar to the Falcon ute, the smaller Cortina/Sierra-based equivalent was never offered in Australia, making this example a true rarity.

A 1990 model, this P100 runs a drivetrain never offered by the factory in the form of a Cosworth turbocharged 2.0-litre four-cylinder engine from a Sierra Sapphire sedan. That donor car also provided other mechanical parts for this one-off. 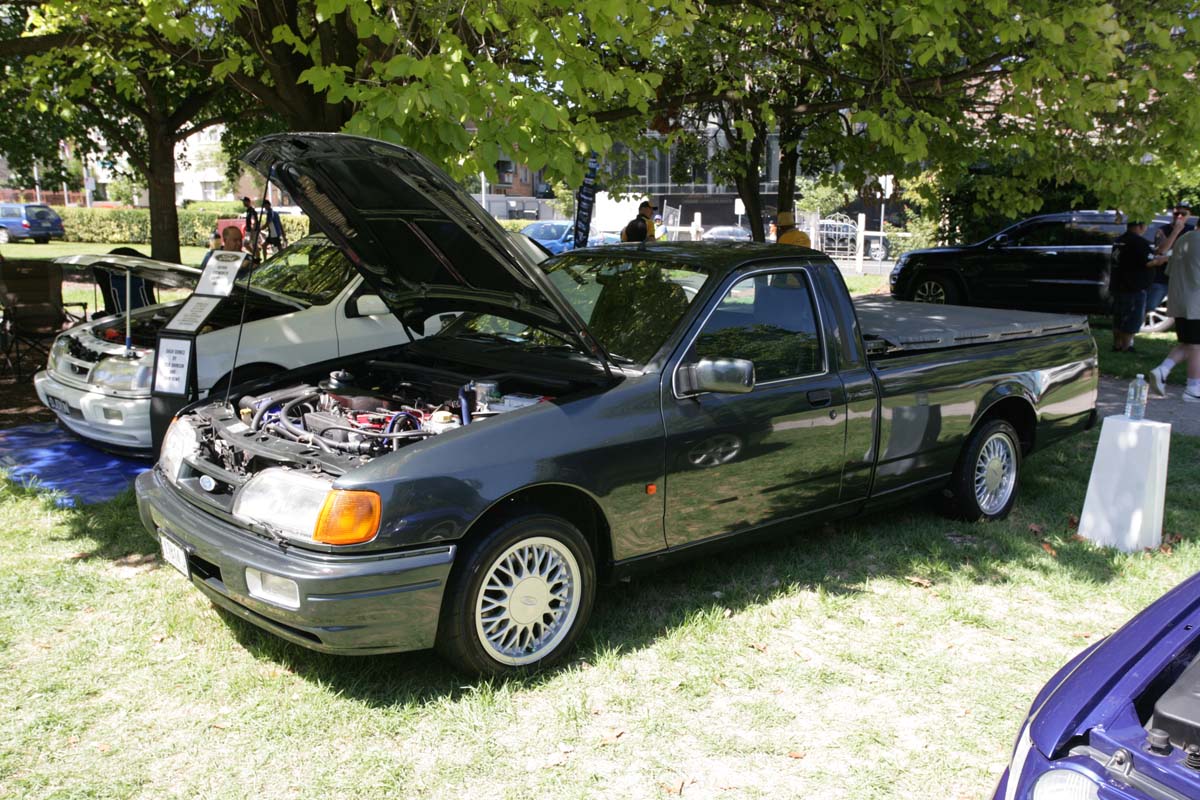