While the original Stutz automobile company was declared bankrupt in 1937, the Stutz name, like that of Duesenberg, carried enough cachet that there was an attempt to revive it. But unlike Duesenberg, the new Stutz made it into production and was reasonably successful for a period. 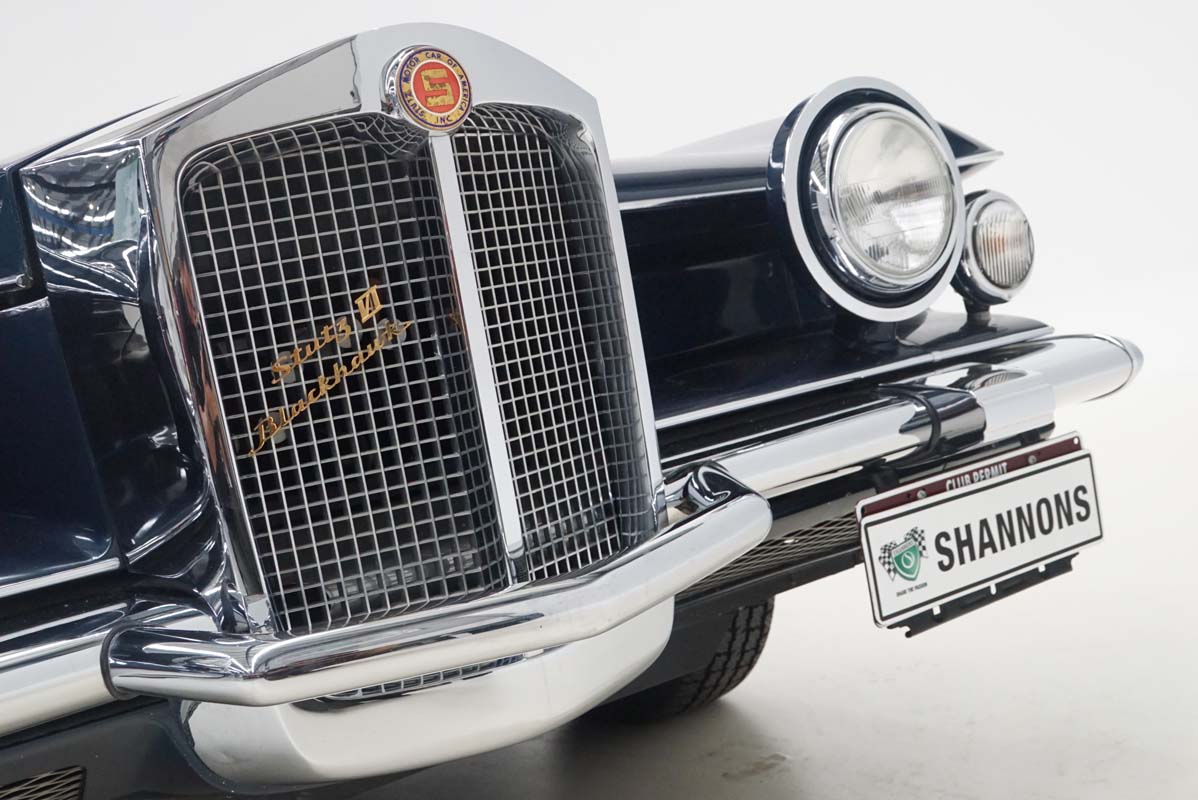 New York banker James O’Donnell provided the money for the new ‘Stutz Motor Car of America Inc.’ but it was Virgil Exner, formerly with Chrysler and Studebaker, who designed its first product – the Blackhawk coupe.

Taking a name from Stutz’s past, the styling of the Blackhawk was retro, too, with a narrow upright grille, freestanding headlights, faux exposed sidepipes and a spare wheel recessed into the bootlid. 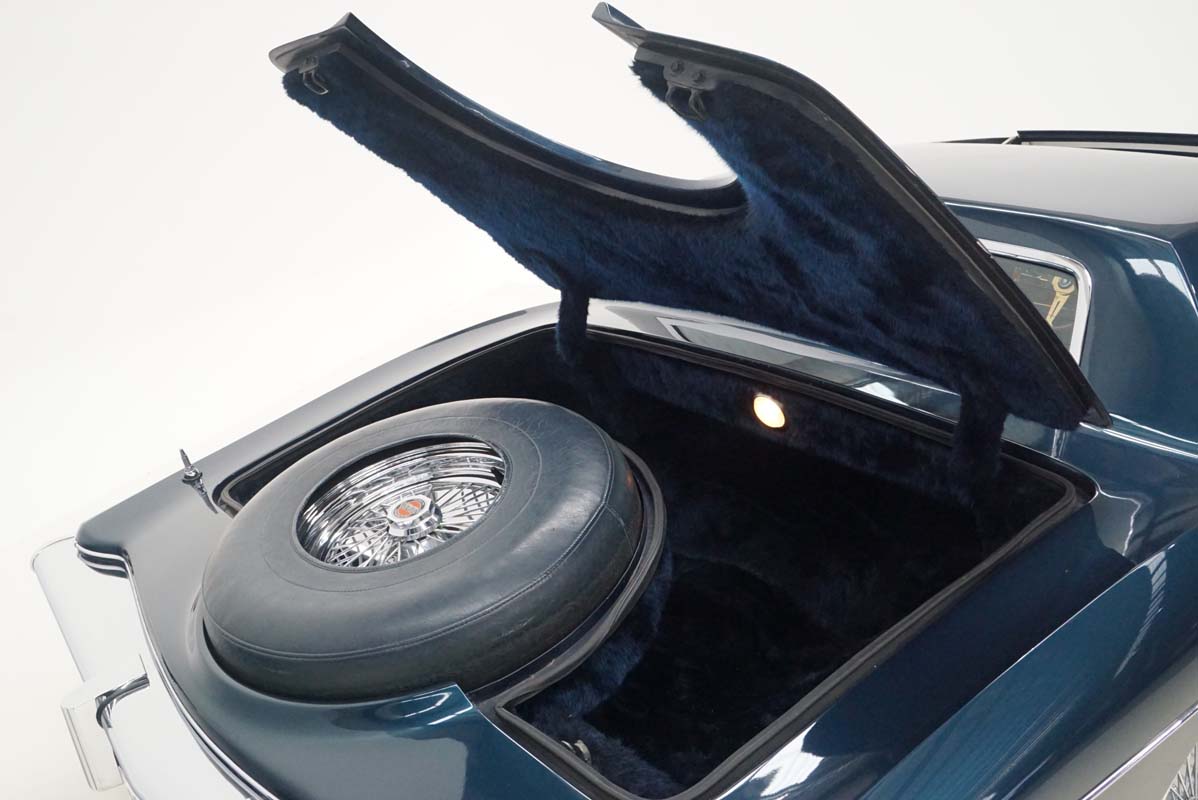 Under the gaudy coupe bodywork (which was built by Carrozzeria Padane in Italy to Exner’s design) was a perimeter chassis, with a big V8 and automatic transmission from a Pontiac Grand Prix in the earliest models. Other parts were either bespoke or sourced from a mish-mash of other production models.

Inside the Blackhawk’s passenger area, it was luxury plus, with seats of leather, carpets of lambswool (and sometimes more exotic animals), dashboards trimmed in maple, instruments plated in real gold, air conditioning and power everything, plus a built-in drinks cabinet in the back. 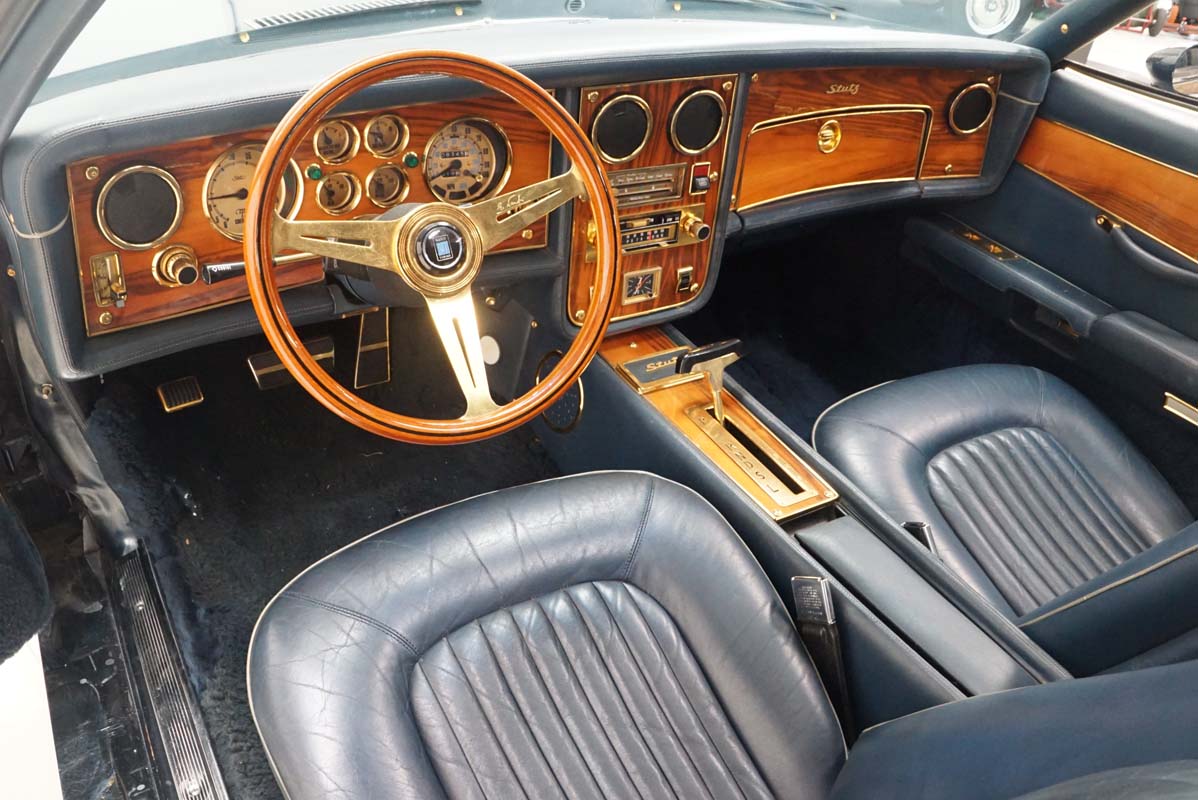 At US$22,500, the Blackhawk was three times the price of a new Cadillac Eldorado in 1970 and more expensive than a Ferrari or Rolls-Royce. Given that pricing, the Blackhawk customer base was limited to the very wealthy, and while CEOs, doctors and business moguls did buy them, the Blackhawk proved to be particularly popular with Hollywood types, entertainers and sports stars. The likes of Elton John, Sammy Davis Jr., Liberace, Evel Knievel, Muhammad Ali, Willie Nelson, Al Pacino, Kenny Rogers and Dean Martin were all on the Stutz owners list. Elvis Presley had four of them and the Shah of Iran is rumoured to have owned twelve.

Blackhawk production ended in 1987, but similarly-styled Stutz models, including sedans, convertibles and limousines, continued to be built into the mid-1990s, with around 600 Stutz-badged cars produced in total. 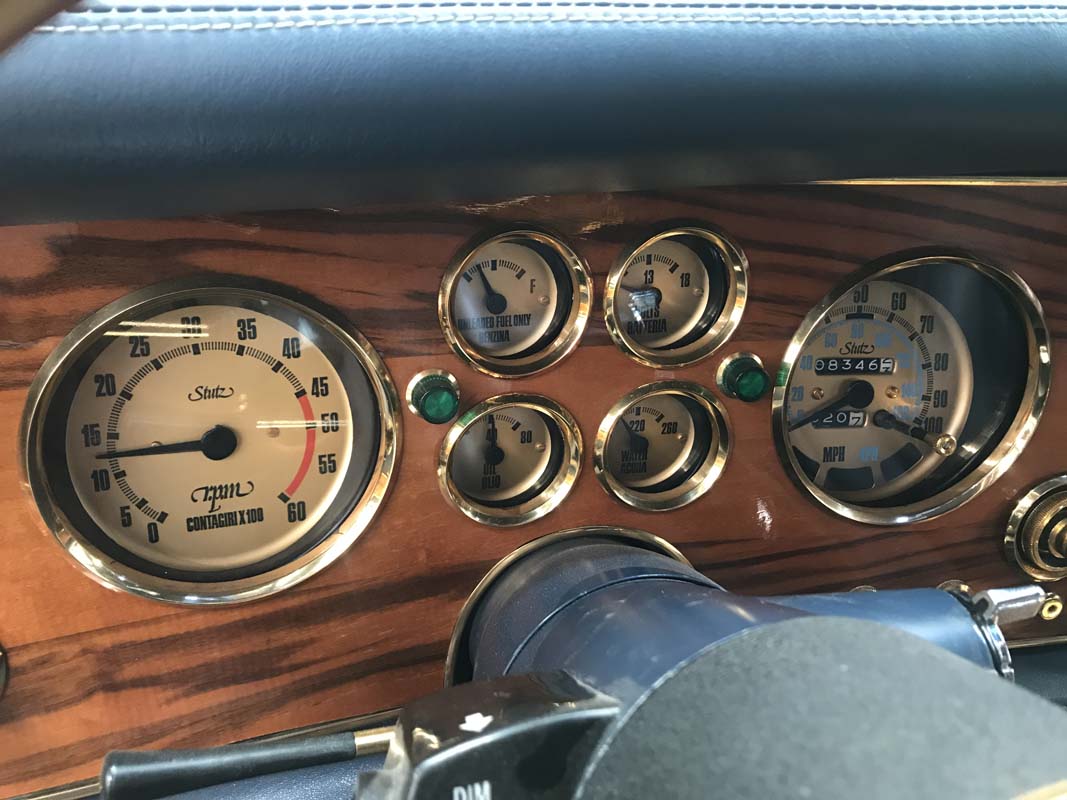 The 1976 Blackhawk consigned for the Shannons auction was finished in a metallic dark blue/green, with interior trim in dark blue. Delivered new to Washington state, the car had only 1,500 miles on the odometer when it was sold on five years later. In 2003, it was sold into a collection of old and unique cars housed in the parking garage of the Imperial Palace casino (now known as The Linq) in Las Vegas. When the casino’s collection was sold off some years later, the Stutz came to Australia. 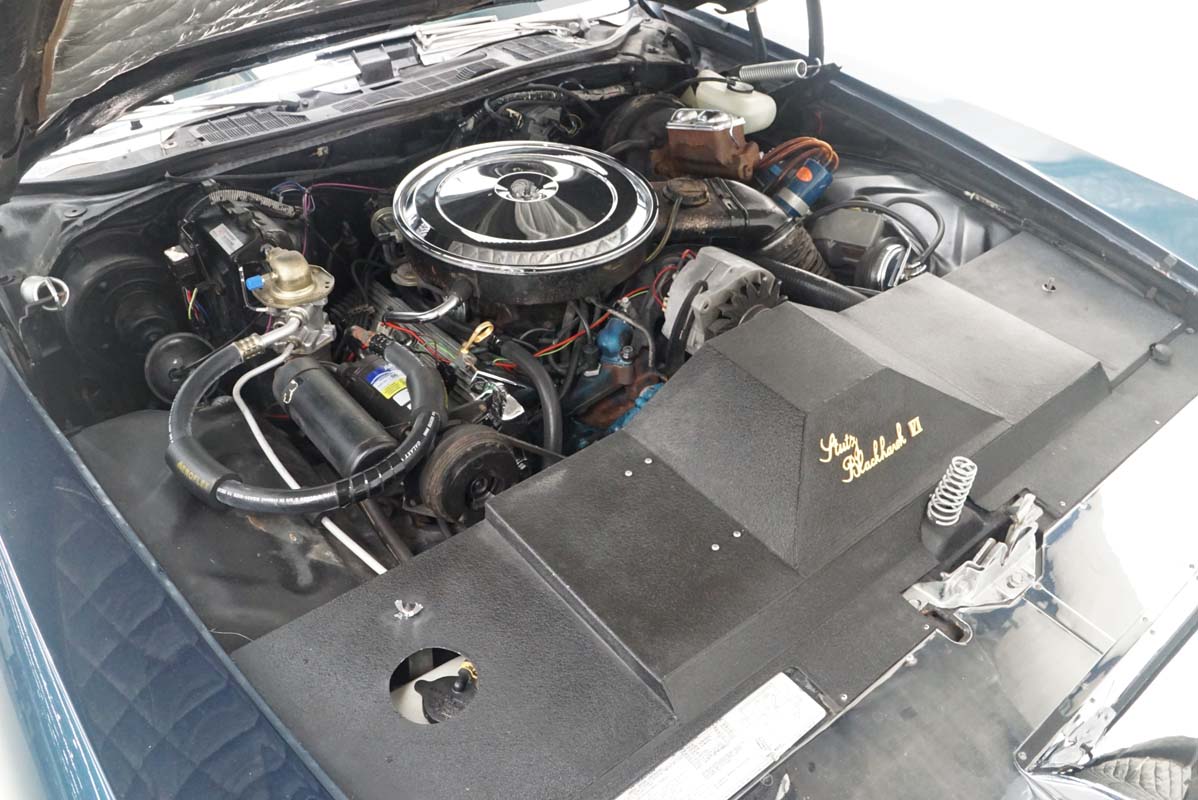 Powered by a 455ci V8 and showing just 8,345 miles on the odometer as it came to the Shannons auction, the Stutz was outstanding outside and in very good condition inside, but showing a little patina.

One of only a handful thought to be in Australia and previously on Victorian cub registration, this Stutz Blackhawk went to auction with a different company last year, but was passed in after reaching just $45,000. For the Autumn Online Auction, Shannons attached a $60,000 high estimate to the car, but a last-minute rush led to multiple bid extensions before it finally sold for $146,500.