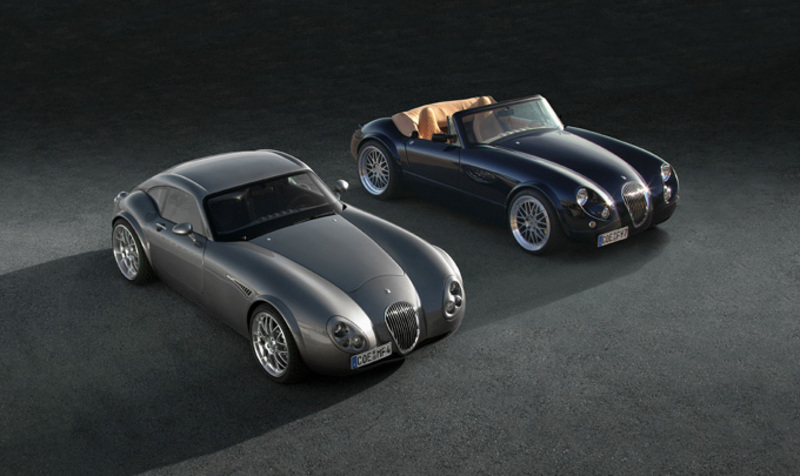 Martin and Friedhelm Wiesmann visited the Essen Motor Show in 1985 and the story goes that they didn't see any cars that united advanced technology and timeless design. As a result, they hatched an audacious idea - to build their own. The brothers spent the next 2 years developing a car, finishing the prototype in time for the 1987 Essen Motor Show, where they received eight orders straight away.

After several modifications, adaptations and optimisations, the first Wiesmann roadster was finally delivered in 1993. A dream had become reality. Production and sales increased year after year - initially financed by the now legendary Wiesmann hard tops. After seven years, the 100th Wiesmann was delivered in 2000. In 2004 and 2008 the GT MF4 and GT MF5 models were launched, followed by the MF4 and MF5 roadsters in 2009. In autumn 2008, the 1,000th Wiesmann left the factory.

It would discredit Wiesmann to suggest that they are another specialist European high performance sports car manufacturer that adapts existing technology and drivetrains and stuffs them with a host of go fast gear into a superbly styled body. For a number of high performance companies this is true, but Wiesmann is a unique outfit that oozes class and style and is manufacturing some of the most desirable performance sports cars in the world. The Wiesmann brothers have been building sports cars in their factory at Dulmen since 1993. To state the obvious, they are extremely passionate about creating dynamic and individual sports cars.

Around 100 experts are involved in the handcrafted construction of the Wiesmann sports cars on the basis of the company's own design plans. The specialists spend around 350 hours working on each sports car at high production intensity, contributing their outstanding expertise in the areas of development, electrics/electronics, saddlery and assembly.

Wiesmann philosophy
For Wiesmann the driving experience is paramount. The cars have as little technology as possible and as much as is necessary. The MF3 Roadster has hand-wound windows and a manually operated convertible roof, with DSC and ABS delivering the necessary safety. Built to precise customer specifications, every Wiesmann is unique and handcrafted right down to the tiniest detail.

Wiesmann: the cars
Wiesmann offers five models, each with its own distinctive character. The Wiesmann Roadster MF3 makes no compromises on sportiness, with 252kW, a 3,246cc engine and a top speed of 255 km/h. It's a sports car that is handcrafted with utmost precision and timeless design.

Like the MF3, the Wiesmann Roadster MF4 primarily focuses on driving enjoyment, yet it also delivers added comfort and is suitable for everyday use. Consistently powered with a 3,999cc, 309kW engine, the S-type can achieve an impressive top speed of 300 km/h. It sprints from 0 to 100 km/h in only 4.4 seconds.

The most recent addition to the Wiesmann stable, the Wiesmann Roadster MF5 is a powerful automobile, achieving a top speed of 310 km/h and with acceleration from 0 to 100 in 3.9 seconds. Equipped with a V10 engine, 373kW and 520 Nm torque, this power package was produced in a limited edition of 55.

You can also get Wiesmann cars with hardtops. The Wiesmann GT M4 is a genuine eye-catcher. This fascinating Gran Tourismo has a powerful engine with an impressive power-to-weight ratio of 3.1 kg/hp in the S-type. It achieves a perfectly stylish 0-100 km/h in 4.4 seconds.

Wiesmann's top model, the GT MF5, is the epitome of pure energy and dynamism. Equipped with 373kW and a sensational power-to-weight ratio of 2.7 kg/hp, it plays in the automotive champions league. It sprints from 0 to 100 in just 3.9 seconds and, with a maximum speed of 310 km/h, it's an adrenalin cocktail from start to finish.

The specialists spend around 350 hours working on each sports car -- without robots or assembly lines. Reflecting the moniker of "hand-made in Germany", even the electrics are developed entirely in-house. The cable harness alone takes three and a half working days to make because it is made to match the fittings selected by the customer. Only on very rare occasions in the Wiesmann factory's history have two identical cable harnesses been made.

Visitors who watch the production of a Wiesmann Roadster or GT from the factory's gallery have the opportunity to witness a number of long forgotten crafts. Wiesmann is one of only a few manufacturers to have members of the centuries old profession of saddler among its employees. There is a choice of 400 kinds of leather. The interior panelling and seat covers are all sewn by expert craftsmen from around 25 square metres of leather. Then, the seams are precisely sewn in the customer's choice of yarn colour, and every steering wheel is hand-covered by a master saddler.

The roadster's convertible roof is also made to measure in a meticulous manual process. Even wheel rims, instruments, roof and brakes can be customised. The metalworking team welds the tube frames for the Roadster MF3 by hand. They also make the tanks, exhaust systems and all other necessary metal parts, while the body construction unit makes the moulds for the fibreglass reinforced composite material body parts.

Engines and gearboxes are BMW-made and the brakes are either BMW or Brembo - and those are the only externally manufactured parts. 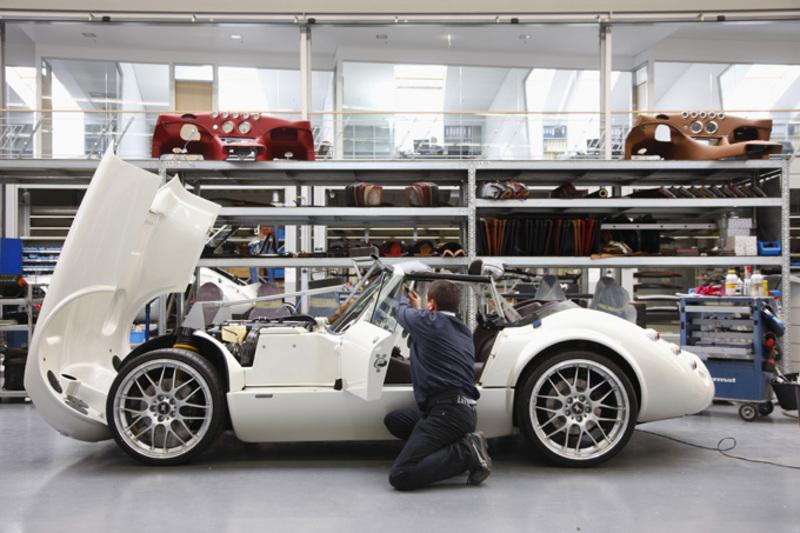 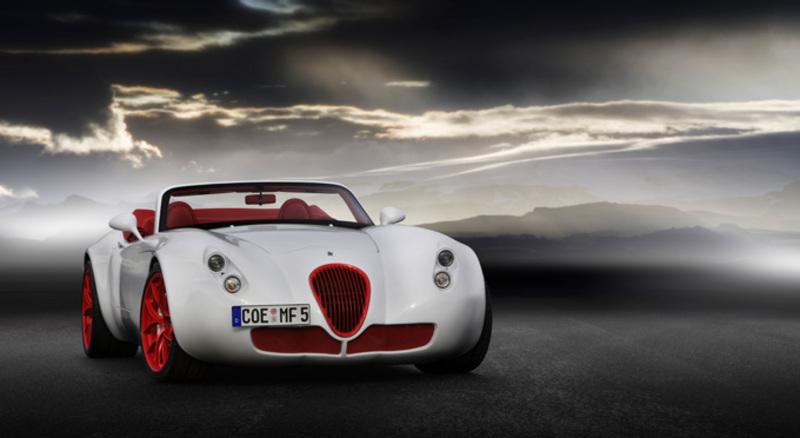 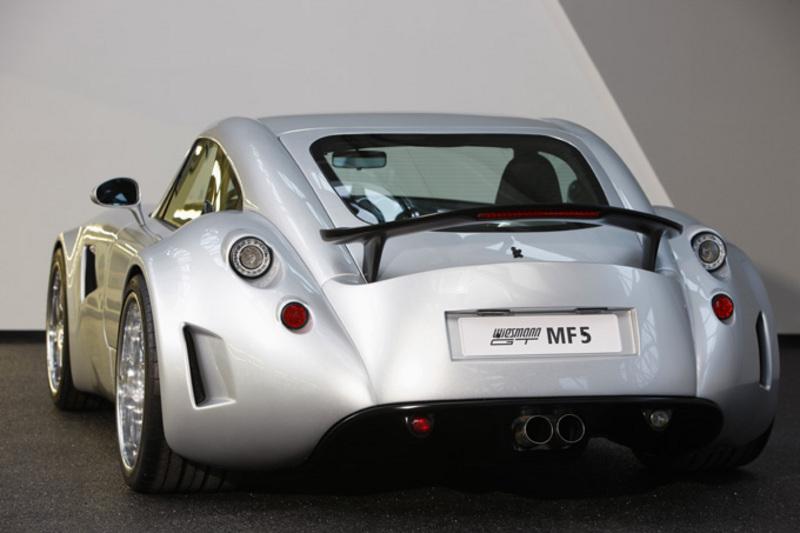 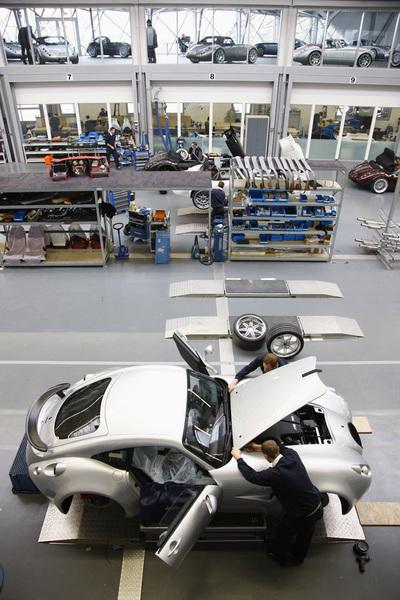 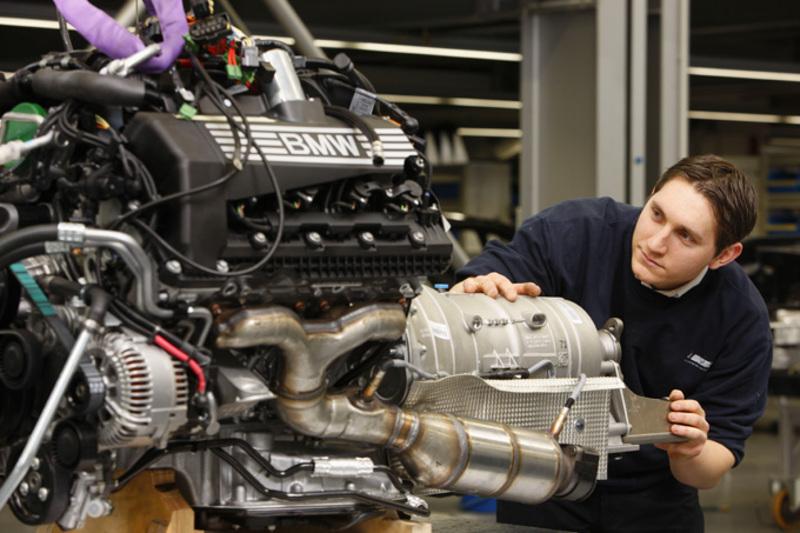 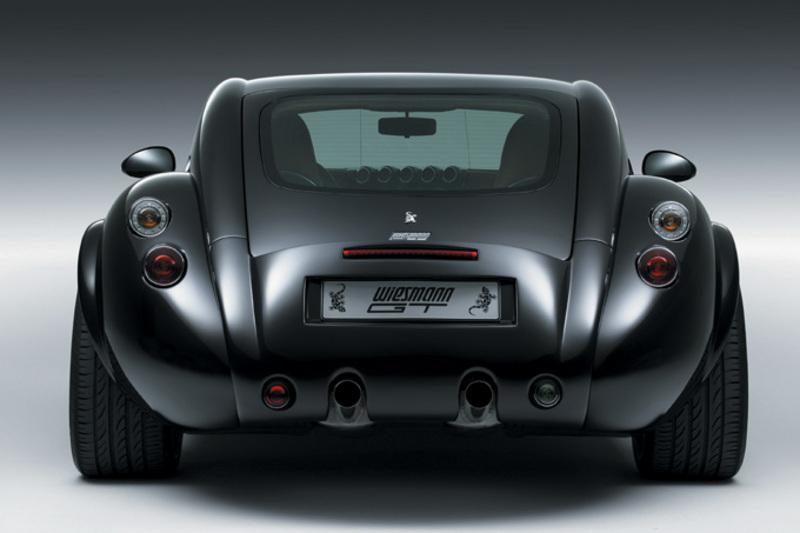 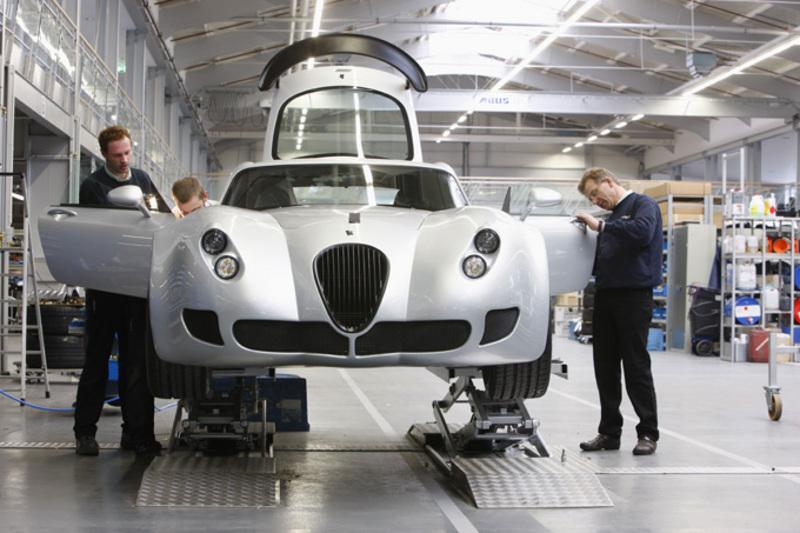 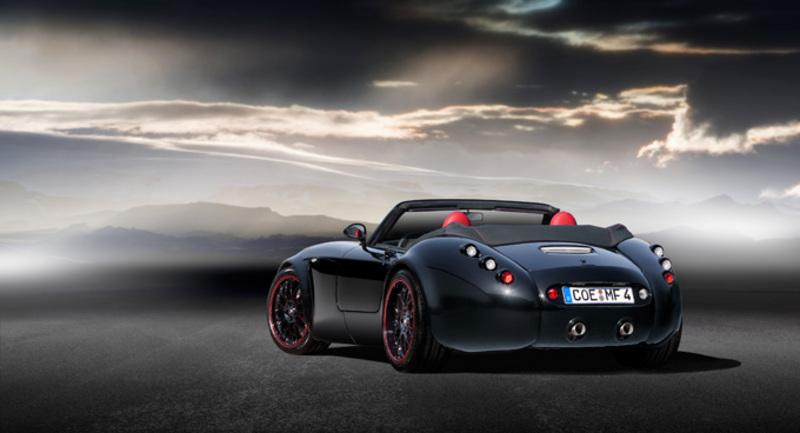 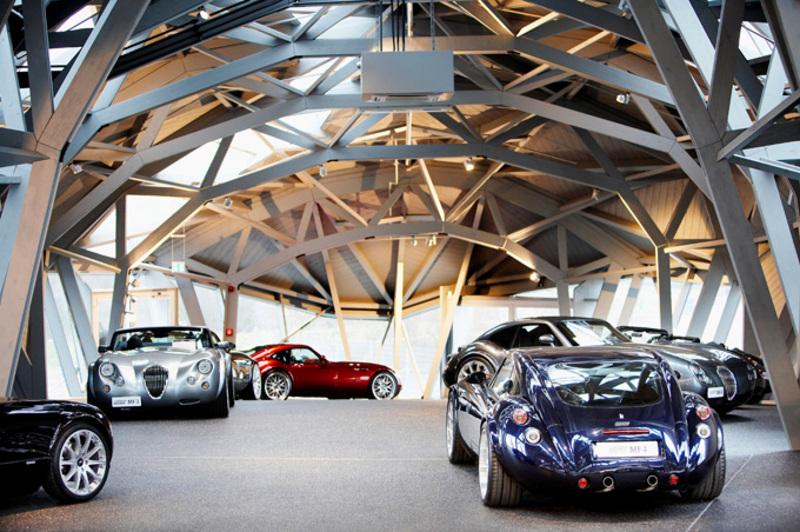 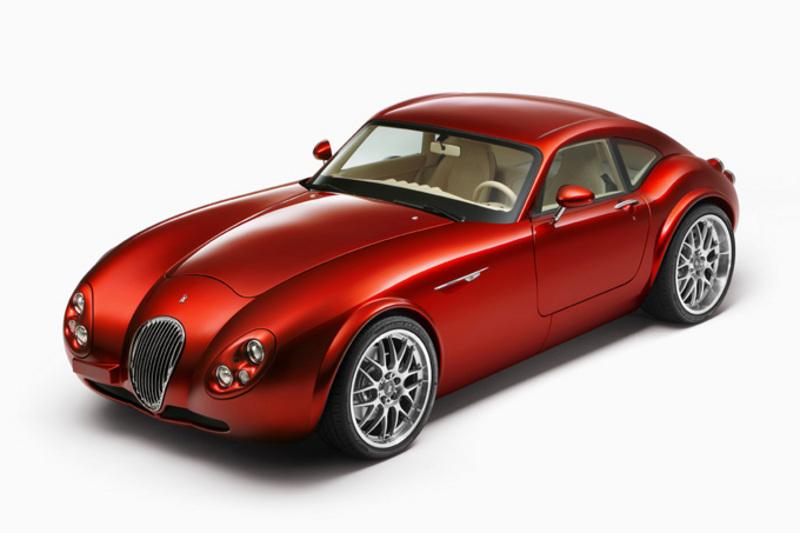 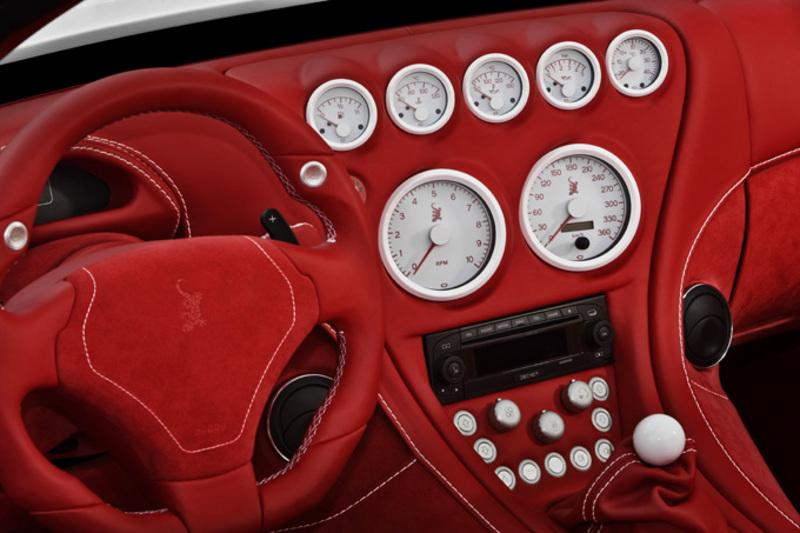 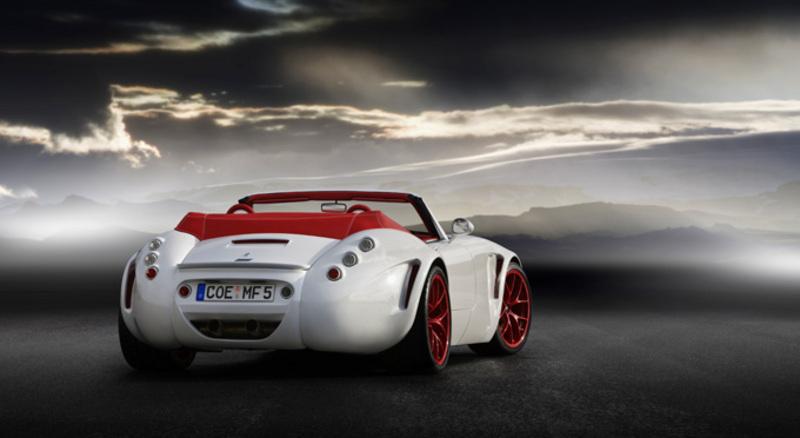 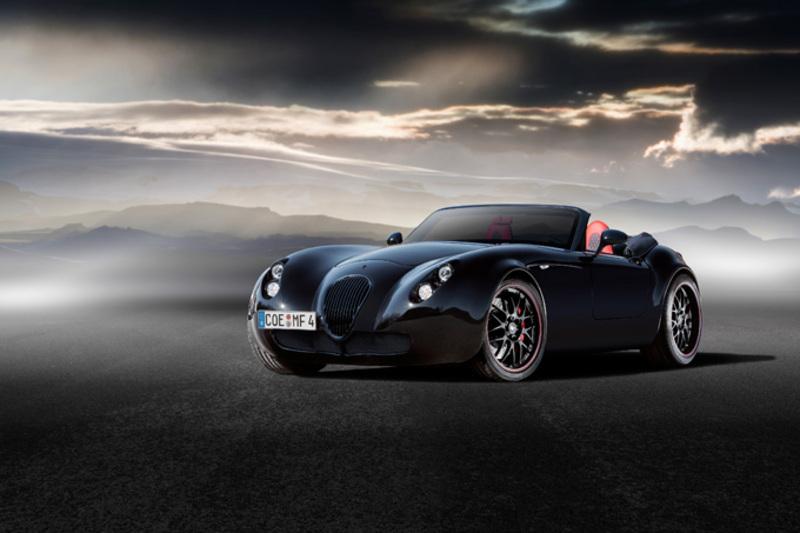 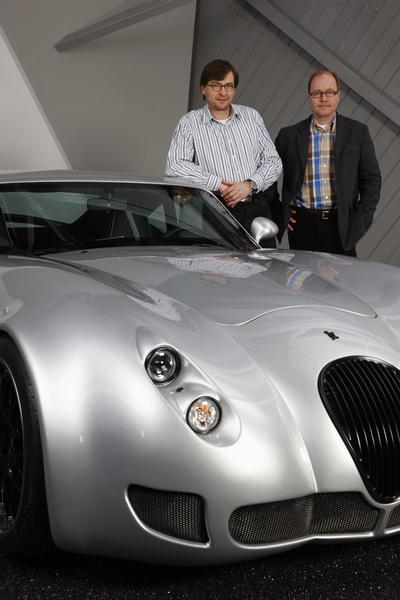 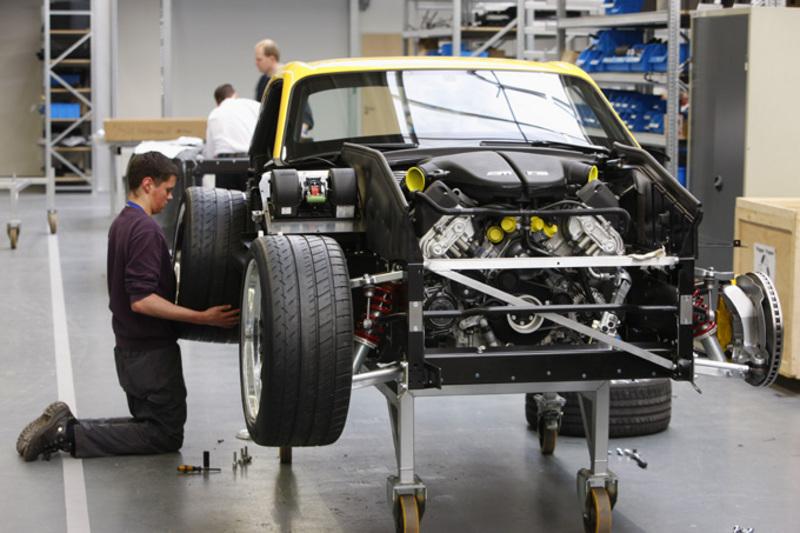 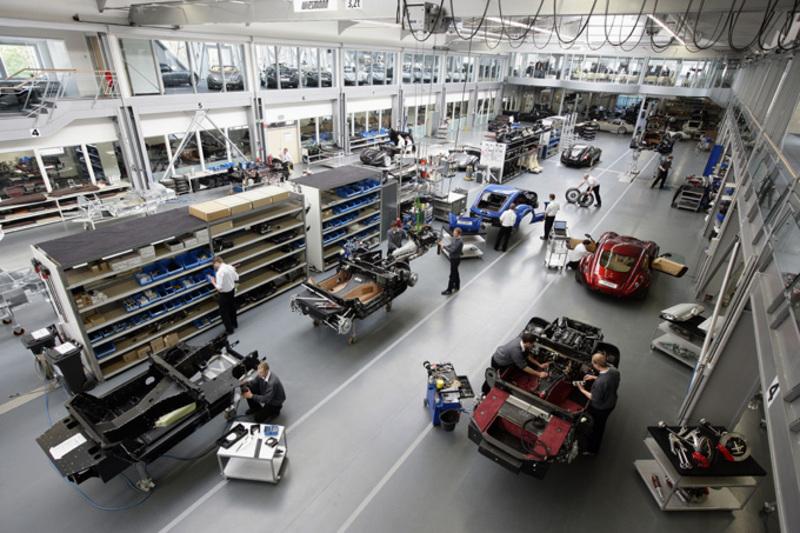 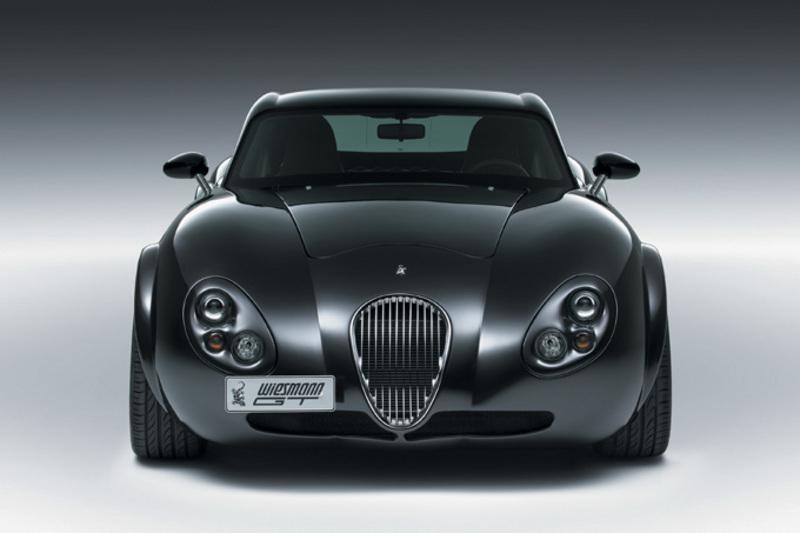 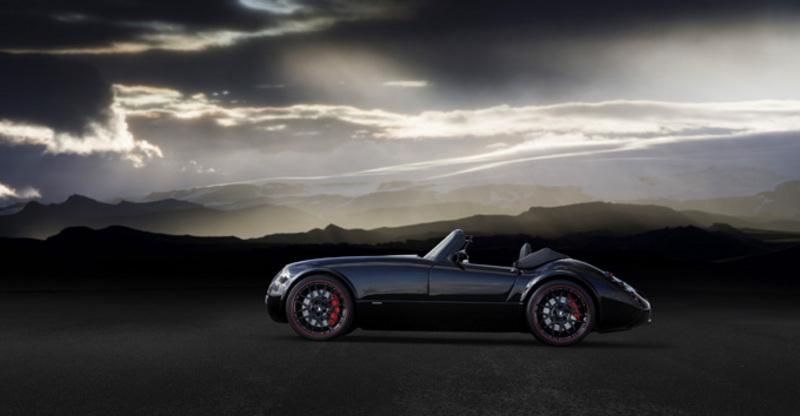 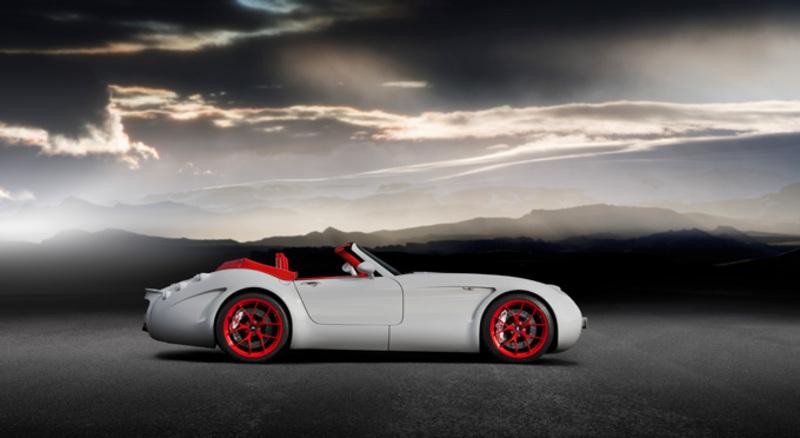 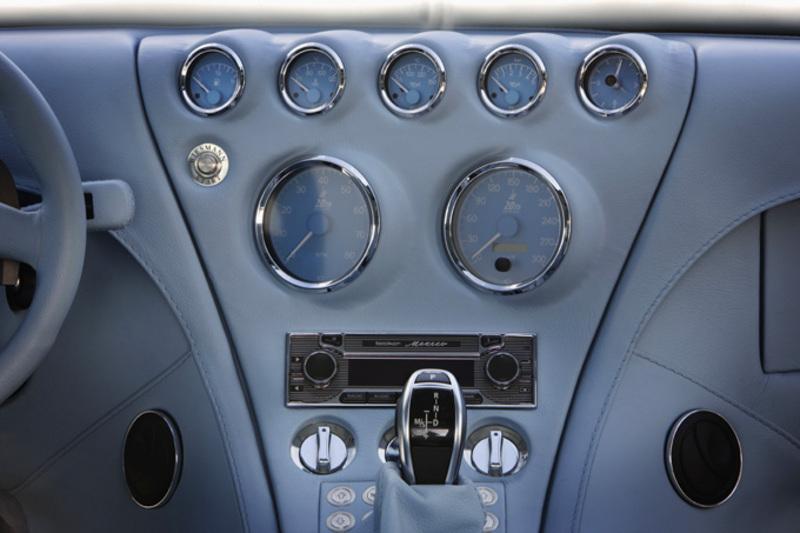