It was actually released two months earlier in Australia than its counterpart in the USA - not because Australia was more important, but in an attempt to steal a march on the soon to be released Holden EJ model. There were few mechanical improvements to the XL, but enhancements such as a strip of chrome here and a new badge there - all made a difference to the overall impression.

While the XL range will be best remembered for the introduction of the lavish Futura model, the Falcon 'Squire' wagon remains as an interesting and, ultimately, unsuccessful marketing exercise.

Timber-panelled "woody wagon" vehicles were both commonplace and popular in the USA, but had no real heritage here in Australia. However, many Aussies aspired to own big, flashy American cars, so Ford took the gamble on creating a home-grown equivalent.
The Squire was intended as a wagon version of the Futura, introducing a touch of luxury to a relatively utilitarian vehicle.
In the USA, Ford's 'Country Squire' wagon was their top-of-the-range model. Similarly, the Aussie Squire was marketed as the flagship of the XL range. With a price tag of 1,314 pounds ($2,628) in standard form and 1,445 pounds ($2,890) with the 170 ci Pursuit engine and Fordomatic transmission, it was the most expensive Aussie-built Ford you could buy.

While early wagons used real timber as both a structural and decorative component, by the early 1960s, all US woodys were using imitation timber framing and panelling. The Squire followed this trend, with stick-on vinyl woodgrain panels and a series of varnished fibreglass strips for the framing.

On debut, Ford were gushing in the marketing of their new flagship. The Squire was heralded as the "the aristocrat of the station wagon set. . . Just watch your friends and neighbours gather to 'oh' and 'ah'"! The 'wood' panelling was described as "beautiful and sophisticated".
The inside was also luxurious with "thick layers of foam rubber making every seat soft...deep-piled carpet from front to back... foam padded dashboard.. and rich leather-like vinyl trim and special interior trim patterns".
The woody Squire continued into the 1964 XM Falcon, which offered the more powerful 200ci 'Super Pursuit' engine as an option, but this was only available with the Fordomatic two-speed auto.

While the Squire did succeed in conveying a wagon with a sense of luxury, the concept never really caught on with Aussie buyers. Sales of XL and XM Squires were always small, and the Squire faded away during the life of the XP model. 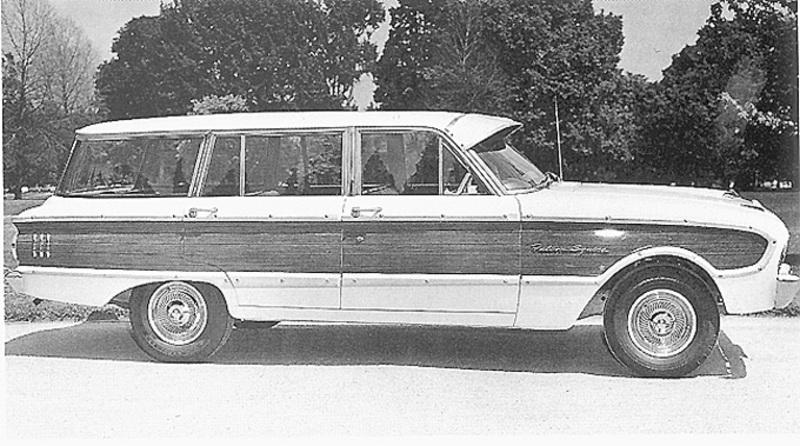 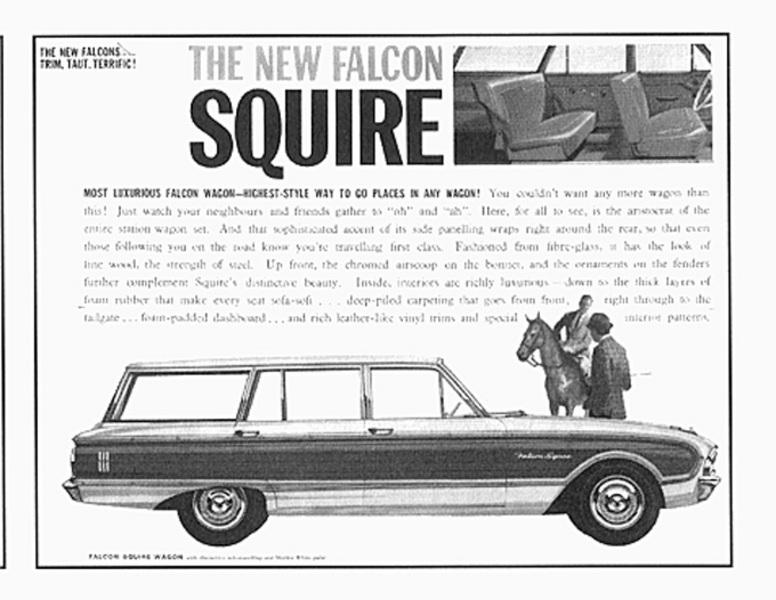