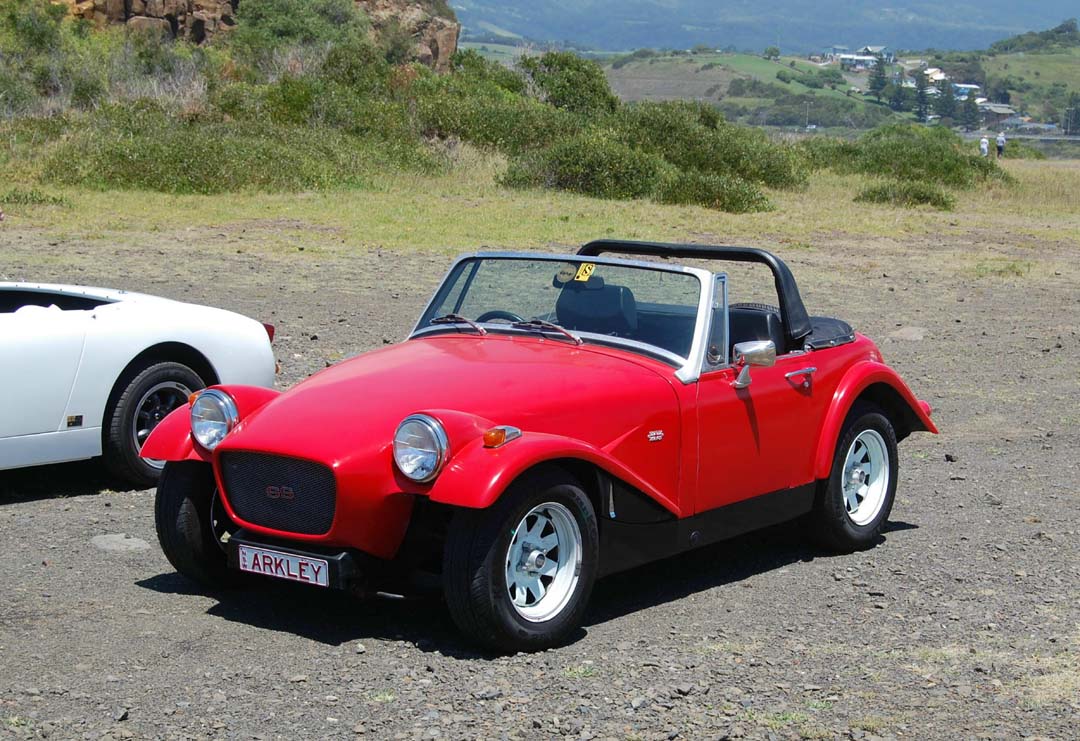 I BOUGHT AN ARKLEY! Well, a Jeep might have been more useful, but it would not have made such a good story and wouldn’t have been anywhere near as much fun.

I was born and raised in Arkley, near Barnet north of London. While still a teenager, I had a Saturday job at the village garage that was owned at the time by John Britten, a well known sports car racer in the ’60s.

Dominating his class in the ModSports category, Britten initially raced a Lenham-bodied Austin-Healey Sprite, then a much modified MG Midget.  His team also ran a second Midget for a lady racer and even used a pair of custom-built MG Midget utes as tow cars for the racers.

Britten expanded the garage’s operations from selling petrol and basic servicing to selling sports cars; MGs, Morgans, TVRs and others. I got to clean those cars all Saturday, except when I was chosen for other dirty jobs!

In late 1969, Britten created a special fibreglass body conversion to fit Austin-Healey Sprites and MG Midgets that he called the ‘Arkley SS’ in honour of his – and my – village.

Back then, I had a hand in mixing fibreglass and resin to mould the first few. Deciding that they would sell OK, Britten then sent the moulds out to Lenham, a sub-contractor already known for various glass fibre mouldings (as well as those specially-bodied racing MGs and Healeys), who were able to produce the fibreglass parts more efficiently than we could.

Offered as complete cars, or in a kit of parts for customers to build their own, it’s thought that about 1,000 Arkleys were produced before Britten sold the business in the mid-1980s. He went on to build up a very successful chain of camera shops and even part-owned the Brands Hatch circuit before his passing in 2009.

Today, the original Arkley moulds are owned by Peter May, who, like me, used to work for John Britten. I believe the parts are still available from his business in Birmingham.

From my early days in Britten’s garage, I progressed to work on all types of race cars, including Formula Fords, F3, F3000 and IndyCars. I even spent twelve years in Formula One before relocating to Australia in 2003.

I always promised myself one day that I would own an Arkley, but when I put the word out to buy one, there was only one known example in the entire country.  I contacted that owner and he told me that not only was his car in parts awaiting restoration, but that he had no plans to sell.

Then, in 2014, a friend who is a member of the Sprite Cub told me another Arkley was for sale in the club magazine, Sprite Torque. I called the seller, who explained that his car was based on a 1971 MG Midget with a 1275cc engine and had originally come to Australia in 2006. Everything had been rebuilt and seemed OK. It was 600 miles north of me at Tweed Heads, so, after asking a lot of questions during a couple of phone calls, it appeared as if we could do a deal. I booked a flight to the Gold Coast, bought the Arkley, and drove it home.

That wasn’t as easy as it sounds: I got caught in a heavy downpour just north of Grafton - with the top down!  Then, hitting Sydney in the evening rush hour, the car started overheating. I also discovered a faulty earth in the headlight wiring which caused a few problems, but I eventually made it home to Shellharbour. Job done!

The car had only a few weeks registration left when I got it, so I checked the NSW RTA website and found the registration ‘ARKLEY’ was available. I coughed up a few hundred dollars for the plates, but even with its name boldly shown front and back, many folks still ask “what is it?”!

Mechanically, the car seemed to have been well restored and maintained by the previous owner. The rattling of the original big saucepan type air filters the car came with (caused by the filter covers hitting the tight curves of the lower bonnet) was cured when I replaced them with a couple of slim ‘pancake’ types.

A cartridge-type oil filter adaptor and a new choke cable were fitted, along with one of those fishtail-type exhaust extensions to prevent fumes sucking back into the car and making us feel a bit odd after ten minutes’ driving.

I’ve had the radiator re-cored, too, as the car did tend to run hot in traffic.  With a modern core, even thrashing around the Southern Highlands on a hot day could not get the temp gauge above the ‘Normal’ level. Result!

Other minor fixes included replacing a busted door check strap and addressing the intermittent earthing problem that was causing the headlights and direction indicators to do their own thing.

There was another hiccup, too.  On my way to attend the ‘All British Day’ at the King’s School near Parramatta in 2015, I got stuck in slow moving traffic and the car stalled a few times.  I put it down to just running hot, but to be safe, I left the show early to avoid the jams. All seemed fine for the next hour driving, until I started the descent down the Mount Ousley Road to the south coast: the little 1275 started to accelerate, even with my foot off the pedal!  I had to make a quick dive into the ‘Slow Trucks Lane,’ cut the ignition and pull off safely to the side.

Under the bonnet, I found one of the two throttle return springs had broken off the locating hooks on the exhaust manifold. Could this have been the cause of the earlier stalling, allowing the SUs to open to ‘rich’ under vacuum, but not showing as a real problem until the first real downhill run?  Anyway, I happened to have a pair of pliers under the seat and managed to form a new hook on the end of what remained of the broken spring, after which the Arkley ran smoother than ever. I later replaced the springs for reassurance.

Funny thing was, the day after the show I got a call from a local Midget owner saying I had done the right thing leaving early, “the traffic was worse getting out, but I have a trophy for you.” Eh? A trophy?  Yes, apparently I was voted ‘Best Modified or Rebodied Sprite/ Midget’.  ‘Big deal’ you may say, but the Sprite Club had really excelled at that year’s All British Day, displaying over 100 cars, many of which were ‘modified’. Chuffed, I was!

More than 45 years since the original launch and over 10,000 miles from home, this little red rarity is still having fun and never fails to generate smiles from other road users and questions from the curious. But there is another link. . . . .

The address on my birth certificate is 'Caravan, Arkley Garage, Arkley, Barnet’.  Yep, I was born in the same place that this car was originally conceived.  How’s that for coincidence?

I tell people I am officially a gypsy under British law (which is probably true anyway), but the real reason was that my parents were having a new house built nearby. They knew the family who owned the Arkley Garage and the paddock behind, so bought a caravan and paid a weekly rent to park it there.

I’ve had a lot of fun with my Arkley SS, but unfortunately, I now have to sell it as I’ve embarked on a mission to rescue an even rarer old sports car.  That may also get a feature in this magazine one day! 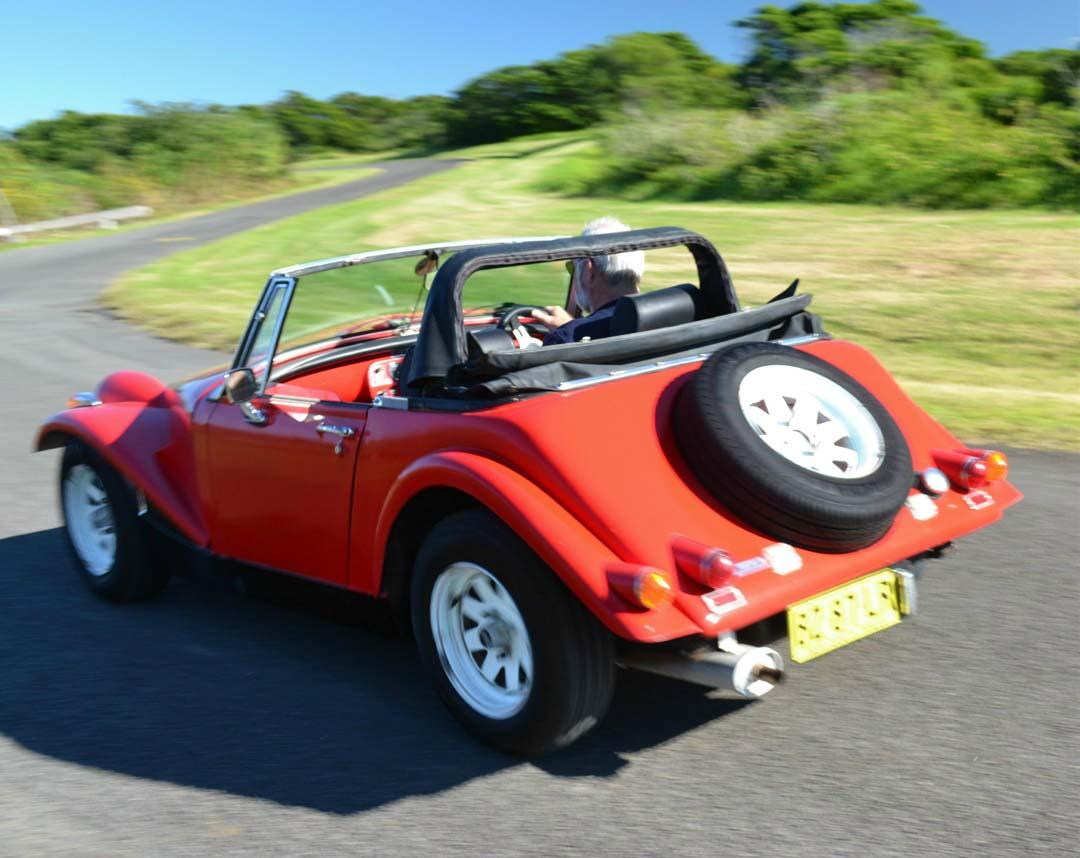 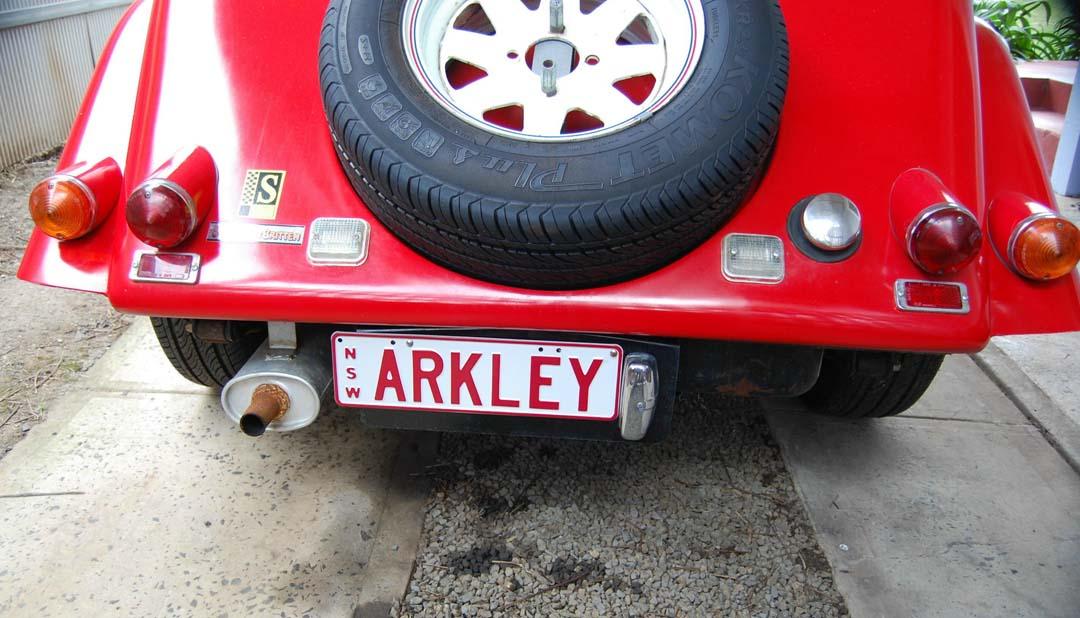 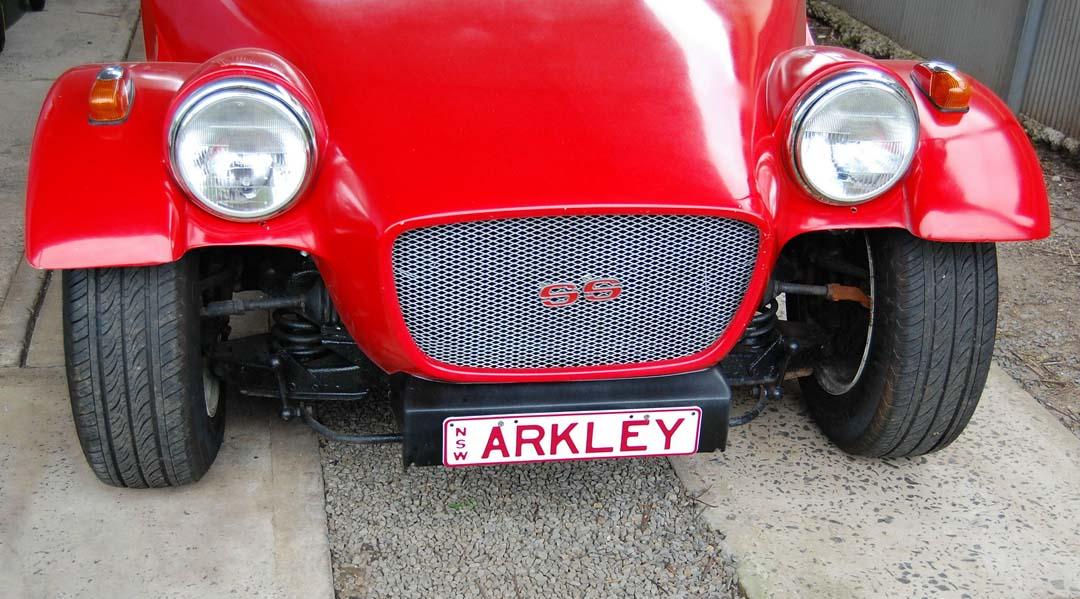 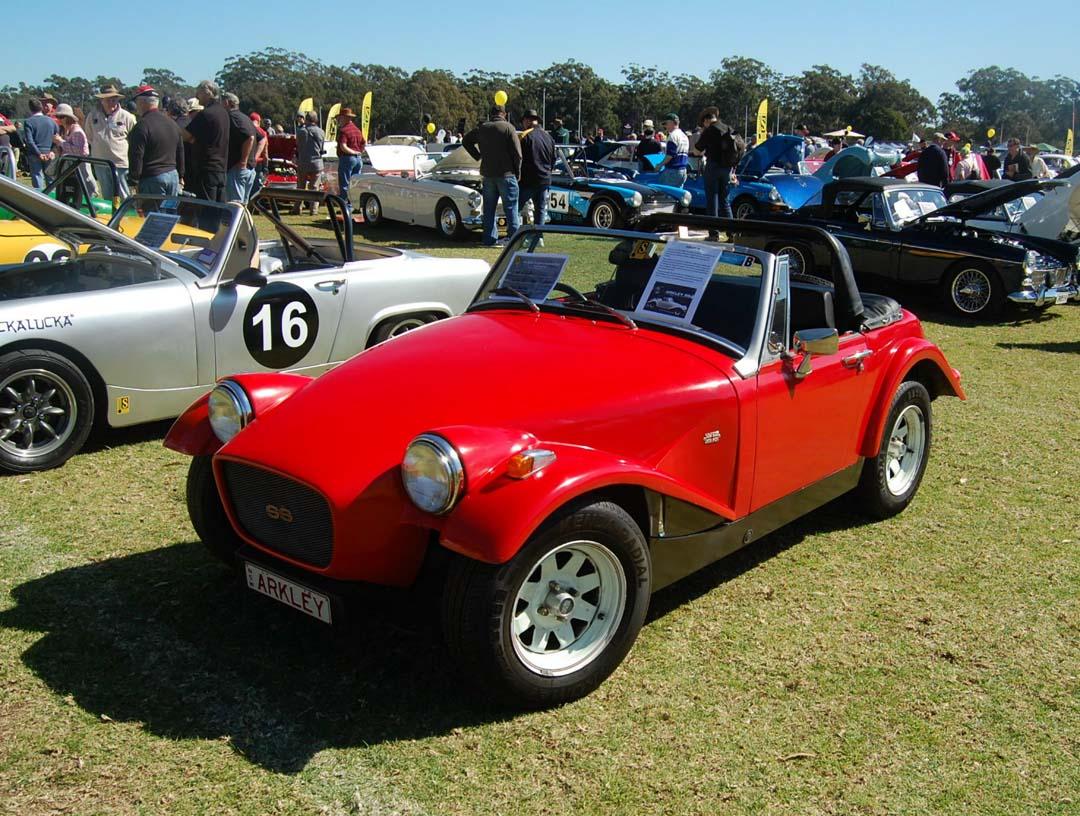 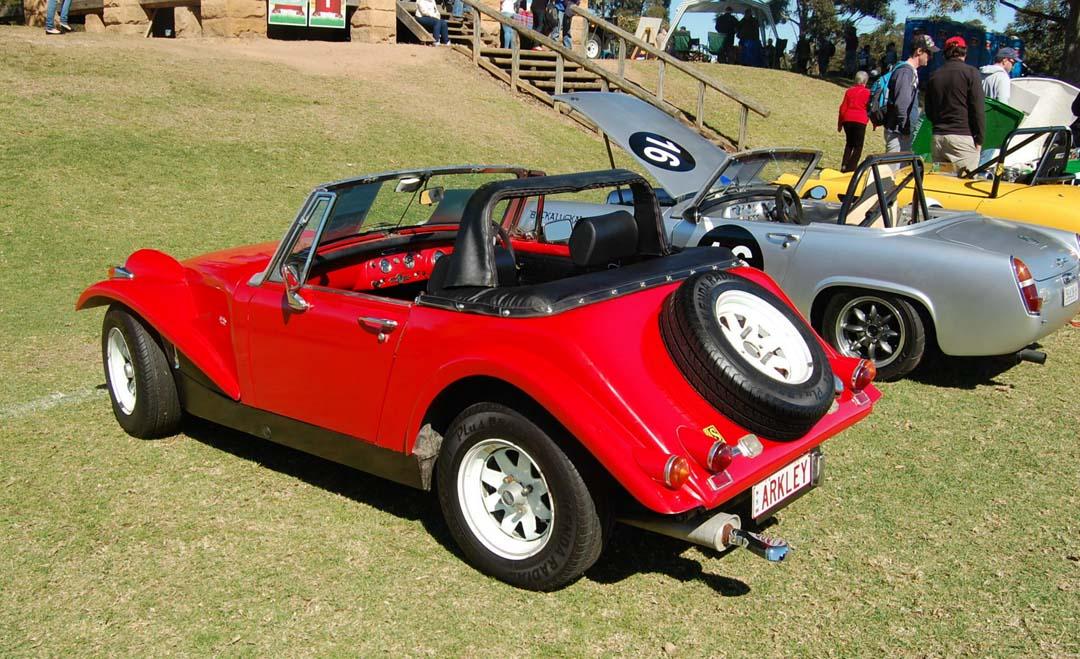 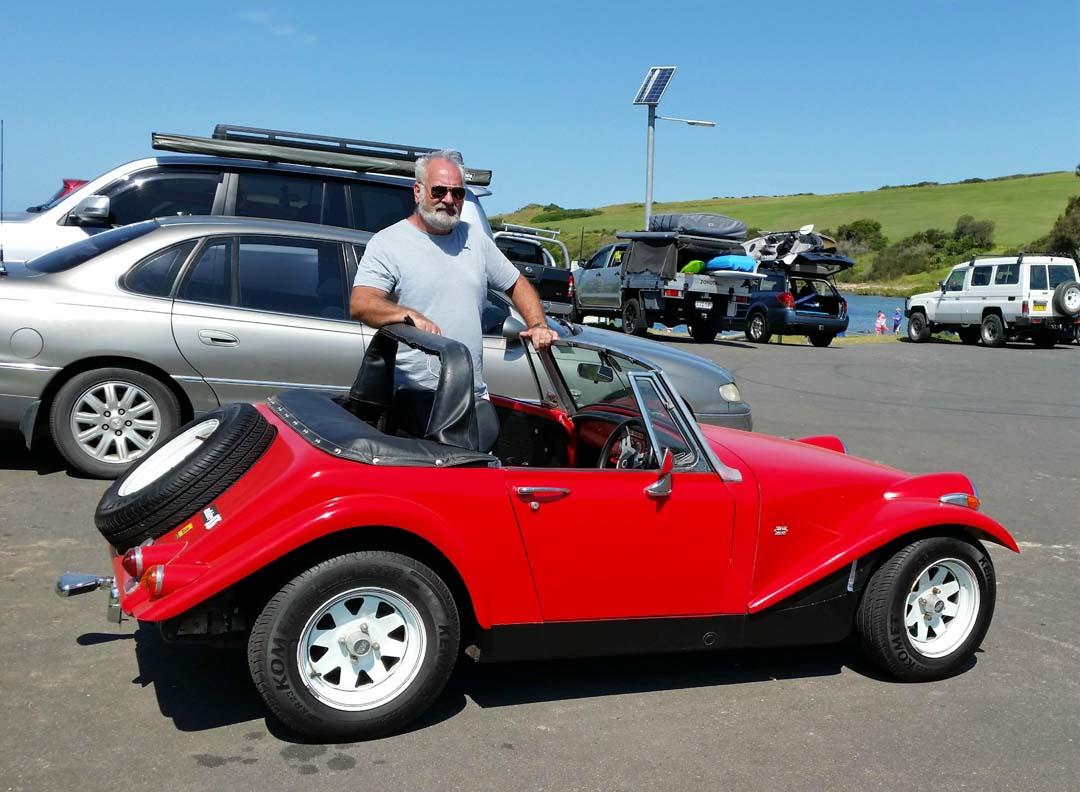 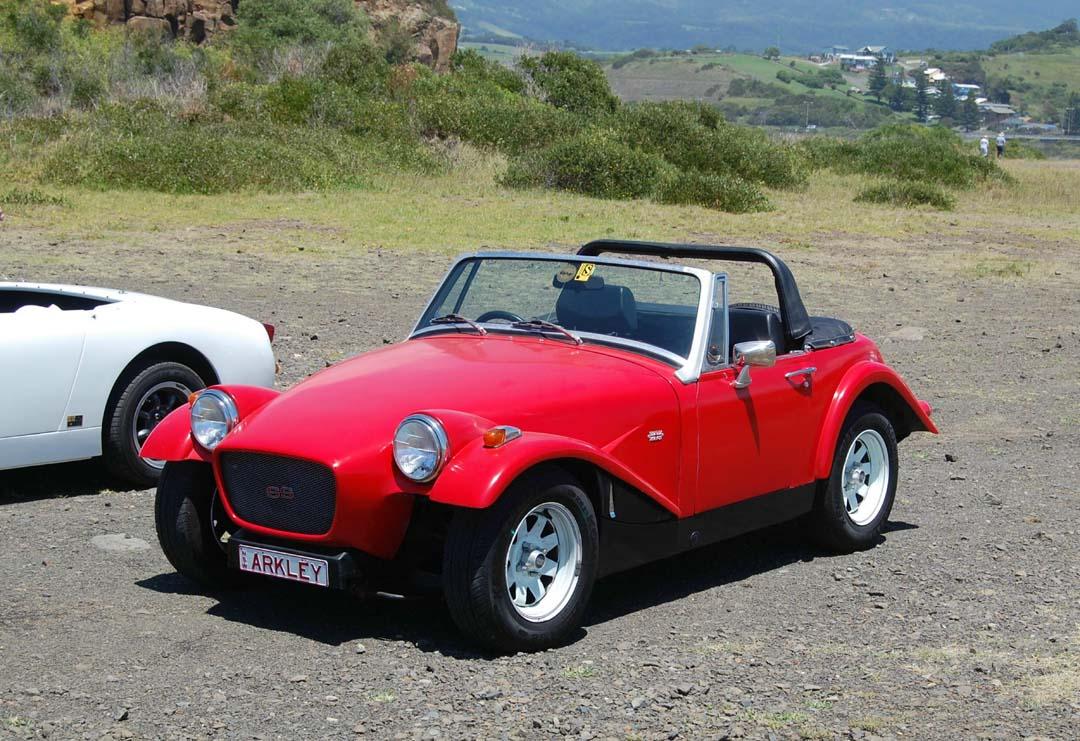 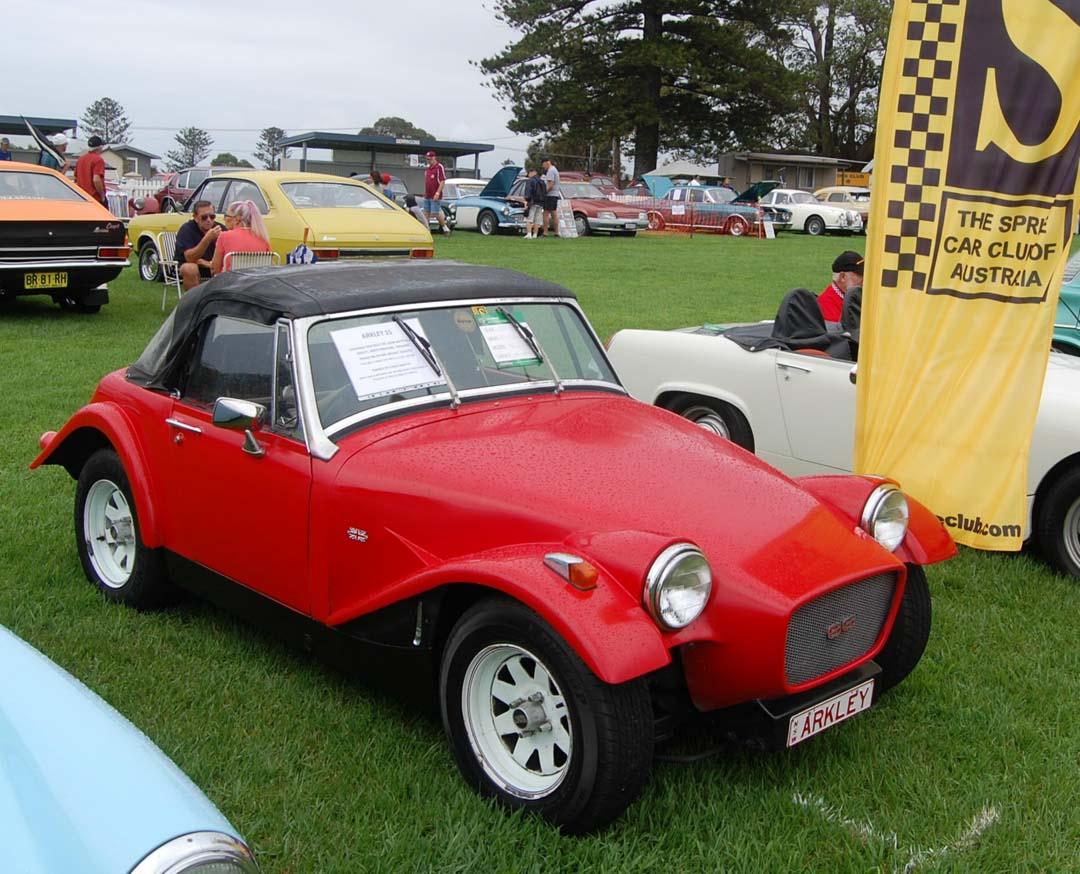 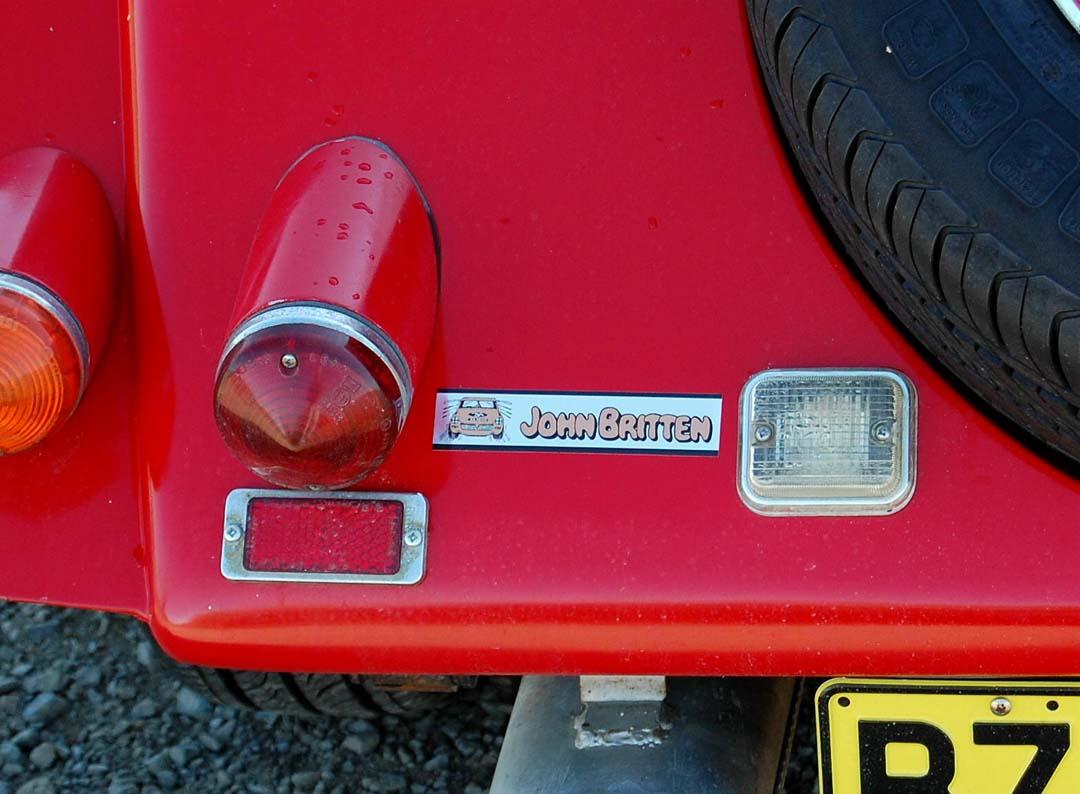 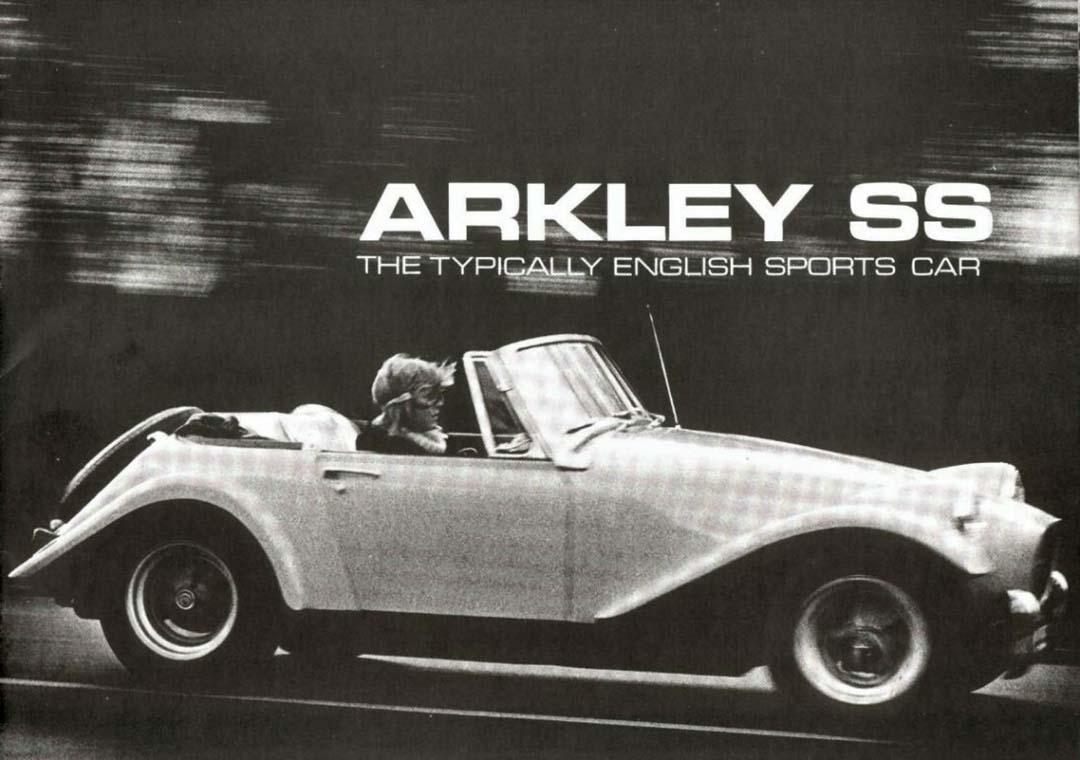 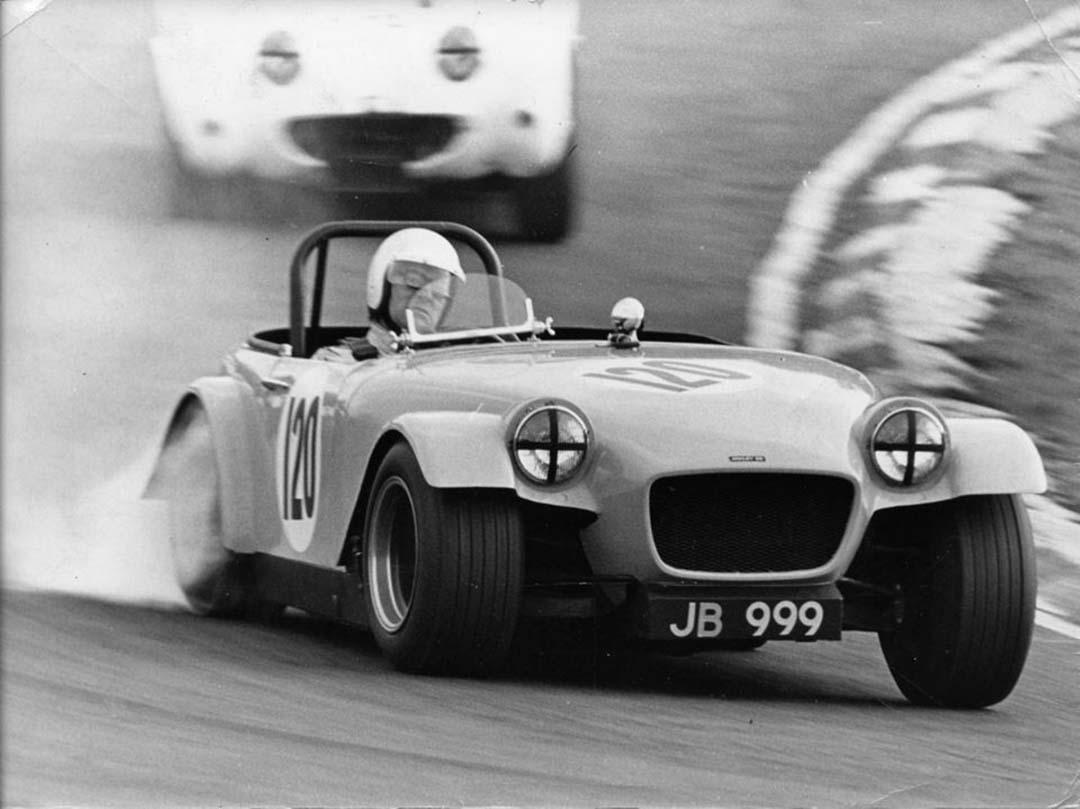 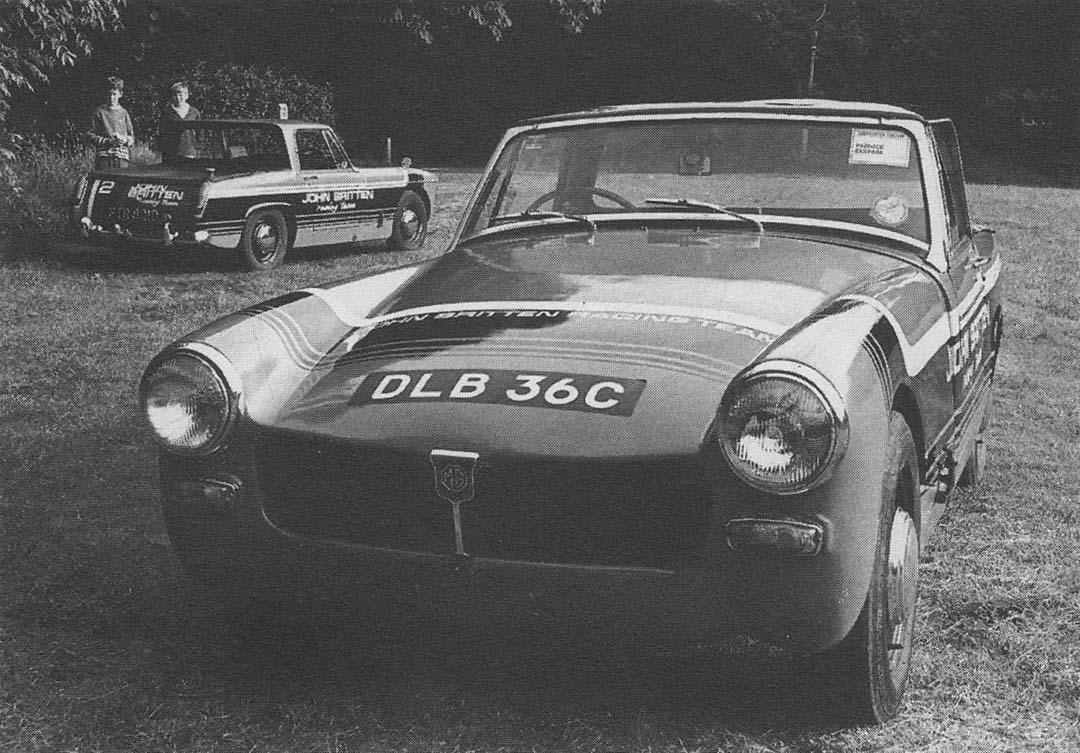