While the motor show is "unofficially" not a venue for sales, there were some notable exceptions, with reports of at least a couple of Maseratis sold off the floor as well as a Bentley Intercontinental.

For the public the motor show provides the opportunity to view and kick tyres on some of the latest, greatest and most intriguing automobiles in the world.

This show didn't disappoint, being the biggest motor show ever staged in Australia. With 45 new model reveals, along with some exciting concepts, all the ingredients were there for a monster show.

While the show was the most expensive paddock of cars in the Southern Hemisphere, it was also disappointing that there were a number of important no-shows, although their absence was masked by the quality of exhibitors.

While BMW had only one car on display, the show was the poorer for the absence of Ferrari, Rolls Royce, Citroen, Alfa Romeo, Lotus and even Chinese newcomers such as Cherry and Great Wall.

Stars of the show…

The new Aventador raging bull made its first outing outside Europe and certainly had an impact. The pinnacle of Lamborghini's range of super sports cars, the Aventador replaces the Murcielago in the Italian manufacturer's range of exotic benchmark-setting supercars.

The Aventador was the most powerful car in the show, with the V12 beast capable of blasting to 100km/h in 2.9 seconds. The V12 pumps out 515kW of power at 8250rpm and 690Nm of torque at 5500rpm. Combined with its seven-sped paddle-shift ISR transmission and Haldex-controlled 4WD system, the V12 will push the new Lamborghini to a top speed of 350 km/h.

The spectacular angular styling is full of excesses, with scissor doors and avant-garde jet fighter inspired lines. It is priced from $754,000.

The LFA is a dropdead gorgeous supercar. Just 500 of these $750,000 beauties have been built, offering all class and exclusivity. No two Australian LFAs are the same, with exterior and interior customisation ensuring a completely unique Lexus supercar. Each Lexus LFA is hand-built at a rate of 20 per month. In all there are eight possible areas of customisation for the interior of the LFA, including the seat face, seat back, leather stitching, steering wheel inserts, carpet, headlining, metal trim colour and dash panel, door trim and instrument surround. The V10 powered supercar has a maximum output of 412kW and 480Nm of torque, propelling the car from 0-100km/h in 3.7 seconds, and on to a top speed of 325km/h.

This one-off all-electric prototype high performance sports car is said to be worth more than $2 million. Audi confirmed at the show that the R8 e-Tron would go into production next year.

The e-Tron is a true quattro, with an electric motor powering the four wheels. Producing 230kW, the two-seater accelerates from 0-100km/h in 4.8 seconds.

The lithium-ion battery provides a useable charge of 42.4kW/h, enabling a range of 248km.

The e-Tron has a wide, powerful stance, with the single frame grille dominating the front end, flanked by two large air intakes. A heat pump is used to warm up the interior, as the electric motors don't generate sufficient heat by themselves to keep occupants comfortable!

Notwithstanding, this car looks magnificent and there is sure to be a long line of cashed up buyers putting their names on the order form.

Toyota's headline act, the FT86-II concept provides a good indication of the next 'Celica-style' sportscar to come from Toyota. Production of the rear-wheel drive sportscar is due to start next year. A Subaru-sourced 2.0-litre horizontally opposed engine mated to a six-speed transmission will power the production successor to the FT-86.

The powertrain and driving position have been set as low and as far back as possible to optimise balance for maximum poise, high-speed stability and dynamic agility. Target price is $35,000.

The big cat had two standout XK coupes on display, but the headline act was the range topping XKR-S. With a price tag of around $340,000 it is Jaguar's most potent series production car yet. It features a supercharged V8 engine that delivers 405kW of power and 680Nm of torque to reach a top speed in excess of 300 km/h. Zero to 100km/h is reached in a lazy 4.4 seconds.

Based on the FPV GT, the all black, is well, all black. It looks sharp, sinister and certainly mean, aggressive and ready to rock!

Powered by the supercharged Boss 5.0-litre V8 engine, the all black is finished in menacing Silhouette black paint work. The FPV concept features a unique matt finish stripe package on the bonnet, rear wing and bodysides, a paint treatment that is also carried over to the rear diffuser.

Up front, large brake ducts are incorporated into the modified front fascia, black framing has been used to enhance the rear light graphics treatment, and the vehicle carries a unique black GT badging.

Inside, the all-black theme continues with black leather trim throughout and an all-black dash treatment that includes the interior command centre.

As FPV boss Rod Barrett summed up, "we wanted to demonstrate the possibilities, explore the future and gauge public opinion to assist us with the evolution of FPV product."

The "darkness" of this limited edition starts with the exterior, with matte black paintouts on the front and sides combining with the "Vector" hood scoops and side vents to immediately communicate a sinister edge. There are 20-inch forged wheels and HSV's familiar 317kW, 6.2-litre LS3 Gen 4 V8 powerplant.

The interior features a unique finish on the console, instrument panel and steering wheel while special edition sill plates, Onyx leather trim, matte black badging and a subtle lip spoiler on the ClubSport R8 complete the package. A unique build plate is also fitted to every vehicle to identify membership to this very exclusive range. The Black Edition adds $4000 over the standard prices, with HSV claiming that for this you receive $7000 of extra value.

Head lining the Benz display was the sleek C-Class Coupe range, spearheaded by the C63 AMG performance flagship. Powered by a 6.3-litre V8, the C63 AMG has a maximum output of 336kW and peak torque of 600Nm. It accelerates from 0-100km/h in 4.4 seconds, on to an electronically limited top speed of 250km/h.

This concept ticks all the boxes - sleek, flowing lines, a touch of aggression and brilliant good looks! This sensuous four-door coupe could be a stepping stone to the next RX-9, or perhaps another future treat from Mazda.

The distinctive front fender represents the further evolution of the prominent mudguards introduced in the RX-8. They emphasis the front wheels and accentuate the dynamic movement expressed in the side of the body.

The Minagi is a crossover concept that adopts Mazda's frugal SKYACTIV technology. Expect to see it with the CX-5 SUV badge when it is revealed as Mazda's next production SUV at the Frankfurt Motor Show in September.

The Veloster coupe is three-door sportscar, with a unique forward hinged third door for easy rear seat access located on the passenger side of the car. The driver's side has a single door.

The Veloster has muscular wheel arches, wraparound headlights and taillights and a distinctive glass hatch, dual centre chrome exhaust tips and black lower fascia complementing the aggressive front fascia. A 1.6-litre four-cylinder engine with 6-speed manual/auto transmission powers it. It goes on sale in August with a RRP of $25,000.

It's not exactly Mad Max revisited, but the design team at Ford have given it a pretty good shot. The idea behind the concepts was to showcase the automotive design process and talent of Australia, and what more imaginative project than to design a 21st Century Mad Max Interceptor.

All employees of Ford Australia's Research Centre were behind the after-hours project, led by chief designer, passenger cars, Asia, Pacific and Africa, Todd Willing. The results - two 40 percent-size clay models weighing around 130kg - are finished to the highest levels, with detailing and trim highlights.

The two competing concepts, by designers Nima Nourian and Simon Brook, are worthy adversaries that are limitless in their imagination, technology and weaponry. Both cars use industrial strength weaponry like "tasers" mounted in the front of the cars to zap bad guys on bikes straight off the road.

Other futuristic movie features include a titanium-lined body shell to interrupt police scanners and wheels with extendable spikes to shred enemy vehicles.

Planning has started for the filming of the next Mad Max instalment, tentatively called Mad Max 4: Fury Road.

Showgoers had the opportunity to vote for their favourite concept.

For BMW - perhaps in a show first - there was only one car on display. Luckily it was a real stunner and a concept that points to future extravagant production models. The BMW Vision is powered by a 1.5-litre three-cylinder turbo-diesel, mated to a pair of electric motors to power this 2+2 sports car. The hybrid pumps out 265kW of power and an astonishing 800Nm of torque, which can propel the car to 0-100km/h in 4.8 seconds, while consuming just 3.8-litres of fuel per 100km. In electric-only mode it has a range of just 50km, but diesel adds an extra 645km. Pretty impressive. As for styling and looks - this is a 10 out of 10!

Oozing class, style and luxury, just three cars stood on the Bentley stand with a combined value in excess of $1.4 Million.

The XU is a bit of a departure for Subaru, being an SUV-style car with character and attitude. It has a sniff of Impreza about it, and the good news is this concept is definitely heading for production. It should be available in 2013 at around $30 grand.

One of the highly anticipated highlights of the motor show was the Shannons Motor Show auction on the last Sunday.

A 1953 FX Holden raced by Aussie motoring legend Peter Brock in 2006 at the Goodwood Festival in England was purchased by a collector for $320,000.

The car had been restored by Phil Munday for Brock to race at Goodwood, where he scored a fourth place in the saloon car class, and his team won the prestigious Spirit of Goodwood trophy, which was included with the car in the auction. 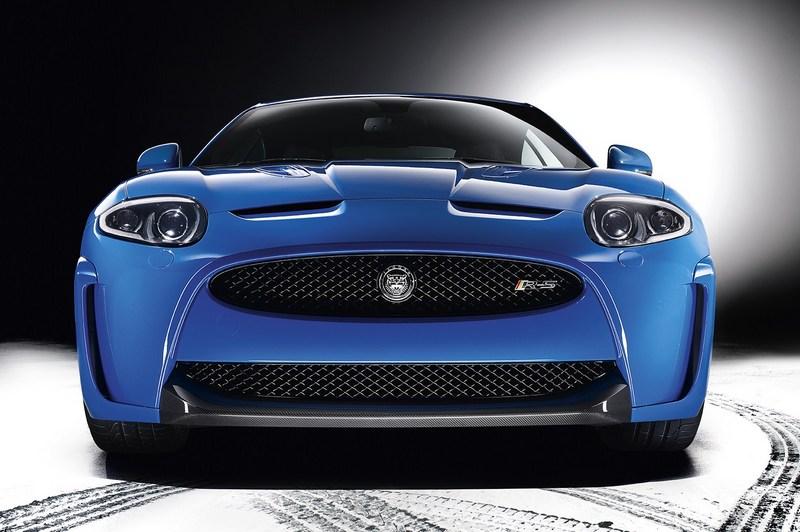 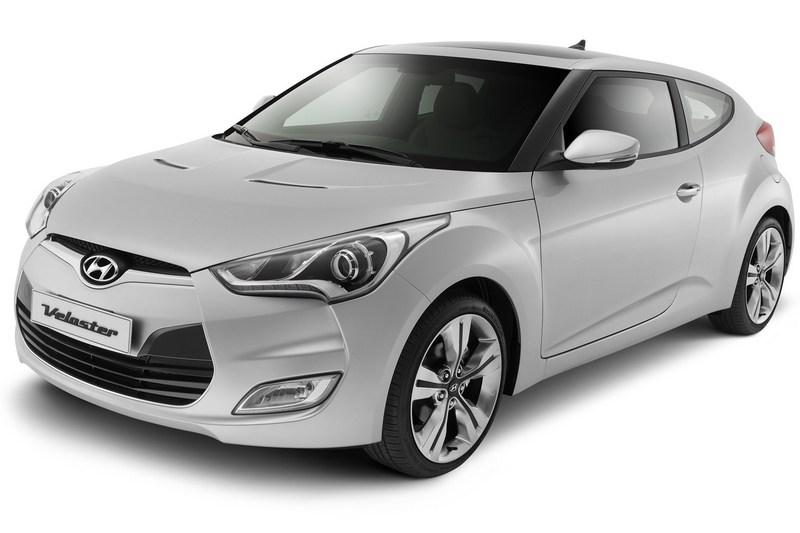 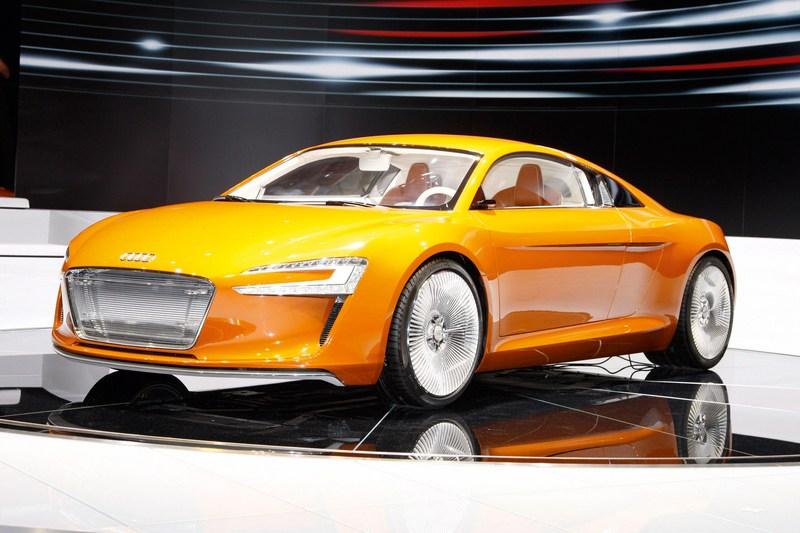 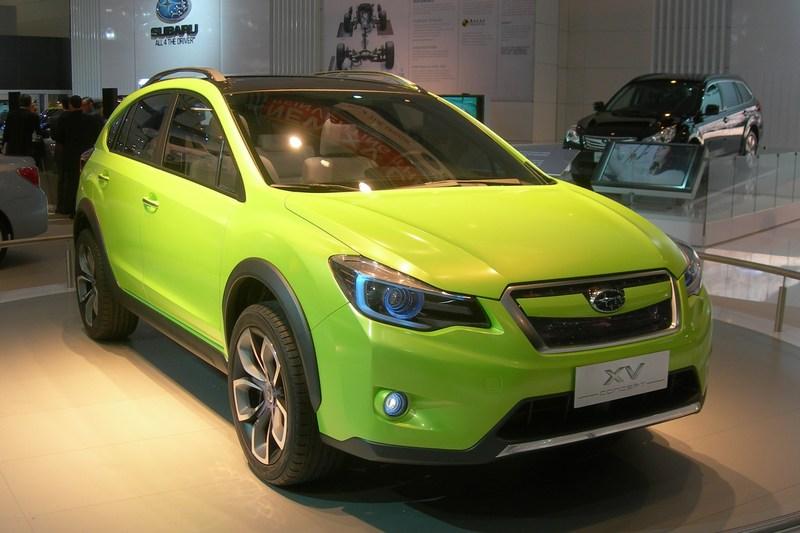 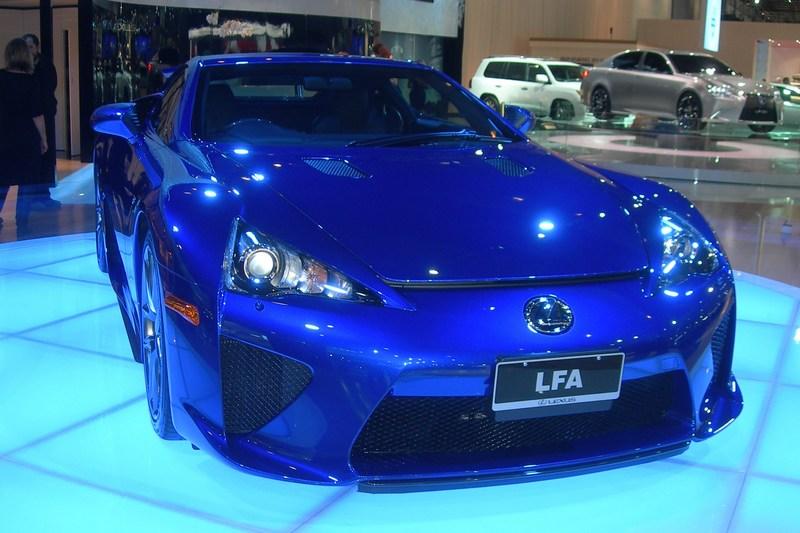 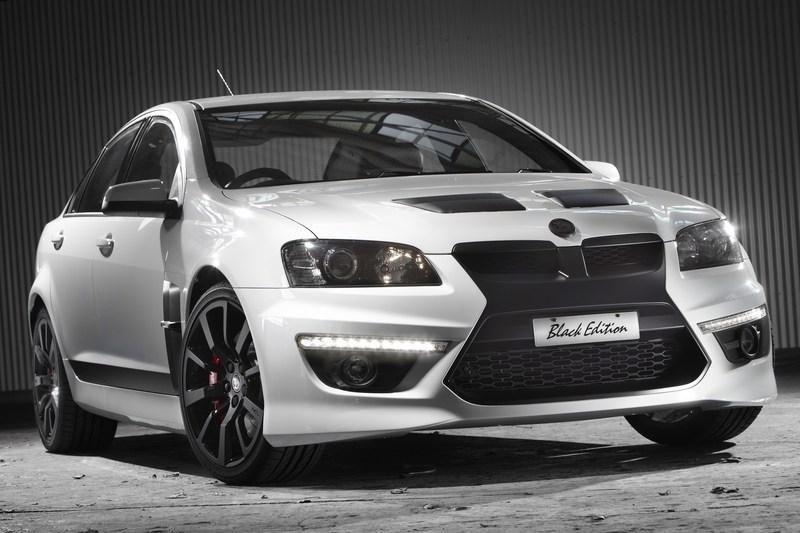 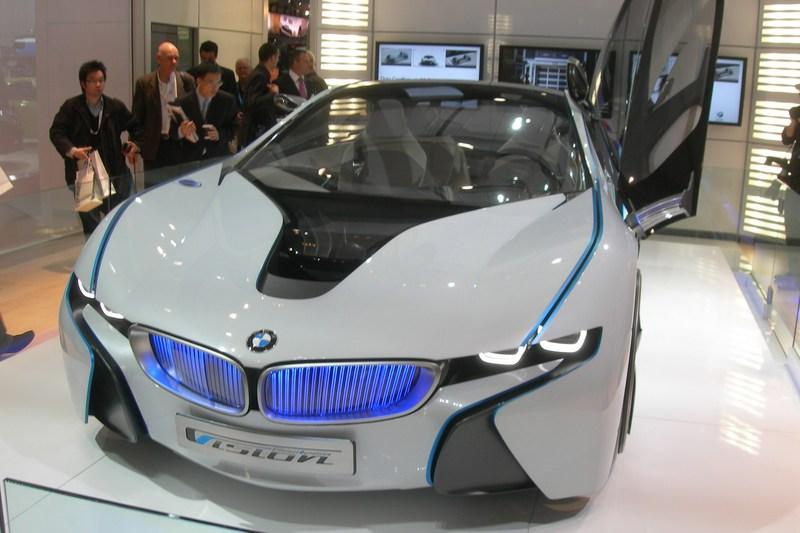 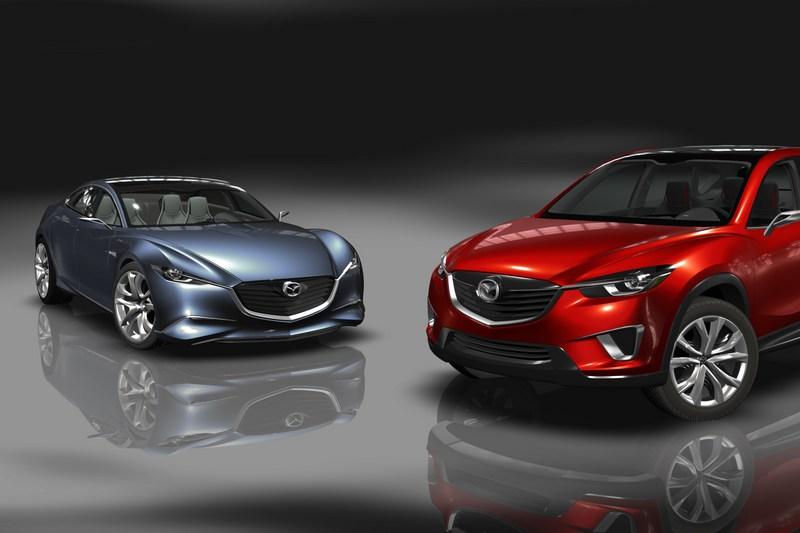 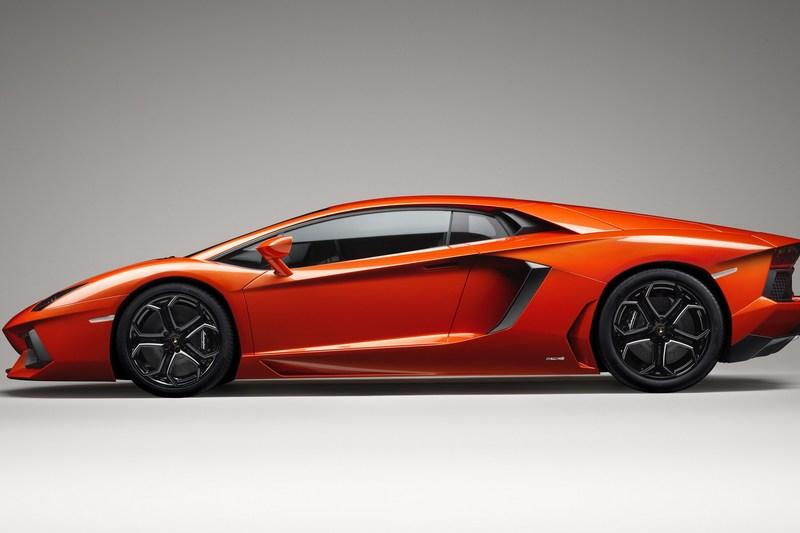 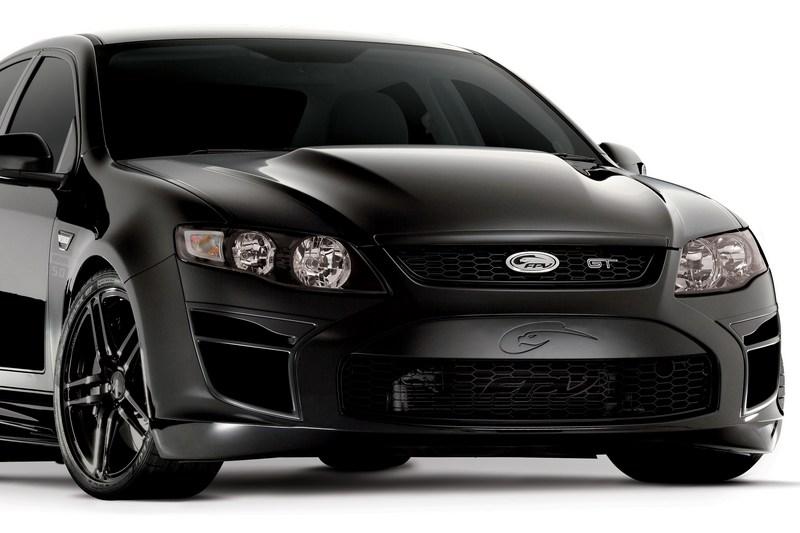