Five years since the G30 5 Series launched and the executive salon has had a facelift, or in BMW, ‘Life Cycle Impulse’ (LCI). Neatly, there’s nothing contentious about the penwork here, with the snout borrowing some cues from the new BMW 3 Series yet providing the smoothness the mid-size 5er is known for.

It’s not cheap, surpassing six figures and asking $125,900 plus on-road costs. That’s not far off the $139,990 M550i xDrive, which is a stonking bit of kit with its muscular V8 power and talented all-wheel drive. But as far as the original formula goes, the 530d retains rear-wheel drive with a straight six upfront, albeit an oiler.

WHAT DOES IT COST TO OWN?

BMW covers all models with a three-year, unlimited-kilometre warranty which falls short of competitors such as Mercedes-Benz offering a five-year standard.

The 5 Series can be covered by BMW’s BSI Basic service package that costs $1950 for the first five-years/80,000km of basic servicing. That includes things like oil and air filter, spark plugs, brake fluid and vehicle checks but not brake pads and windscreen wiper blades (which are covered in BSI Plus, pricing via dealer). 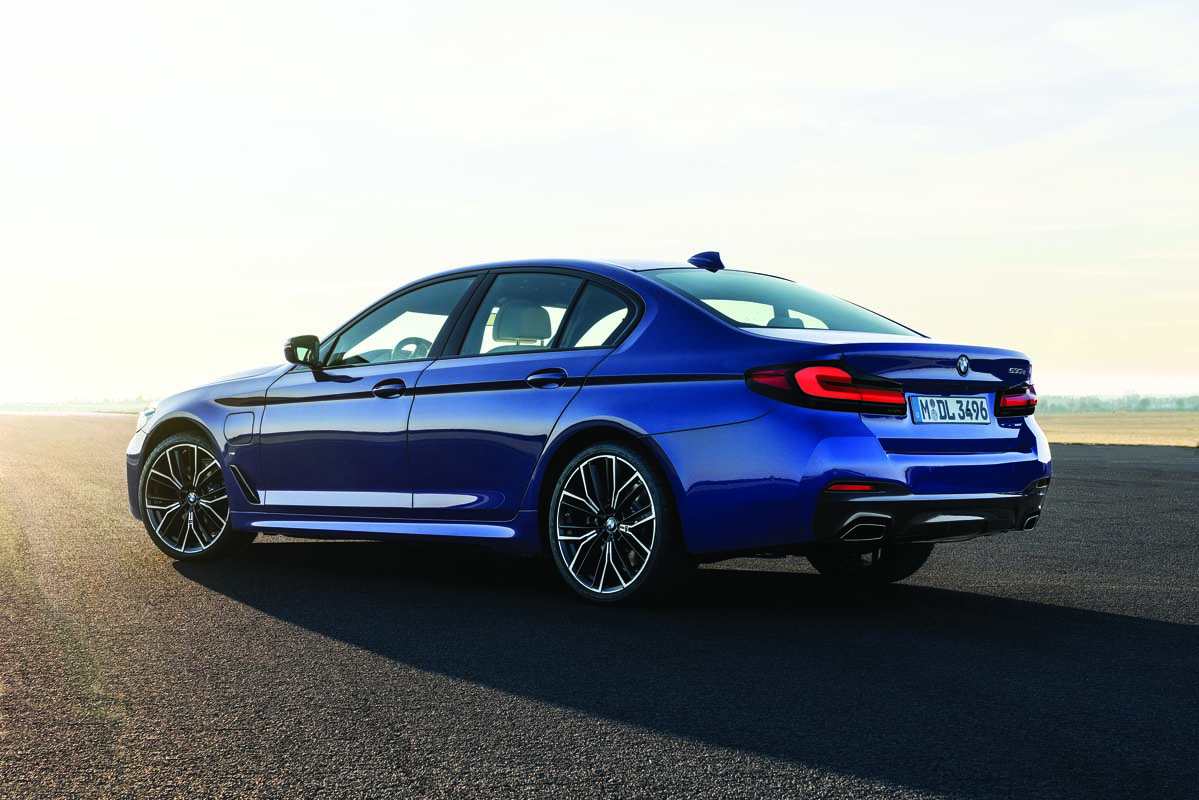 The LCI brings a neater snout with flasher LED headlights and revised rear LED lamps, with anew bit of tinting around them. At the front, it’s a little more 3-Series-like, though certainly a larger car and with strong road prescence.

As ever, Australian tastes tend toward sporty, so the M Sport Package comes standard and adds sportier trim elements and wheels, though standard trims can be optioned for a more subtle look. 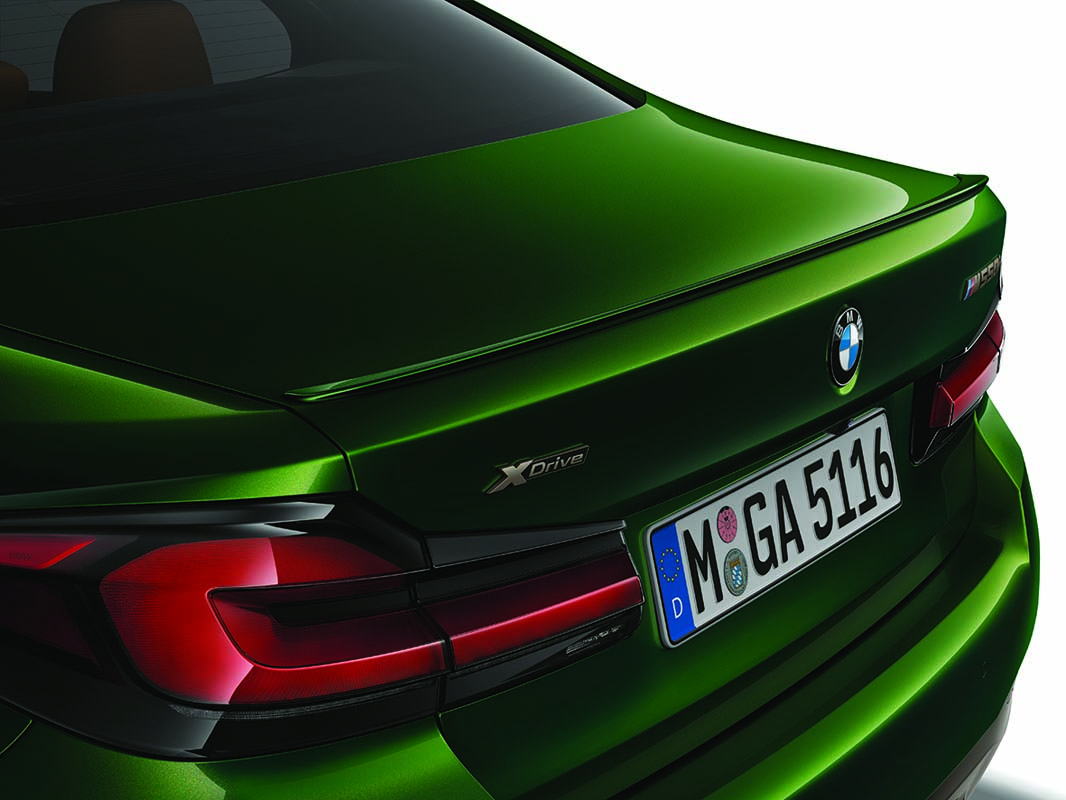 On the whole it has not changed much from its very typical BMW layout – the air vents in the centre tilted toward the driver with a wide-spread upper dash, and the large touchscreen on the dash with rotary dial in the centre console.

The touchscreen measures 12.3-inch and is a nice unit, which we’ll get into below. Below that are controls for the climate and they are neat. These can be upgraded to touch controls which look flash, though in reality we find the standard controls easier to use. 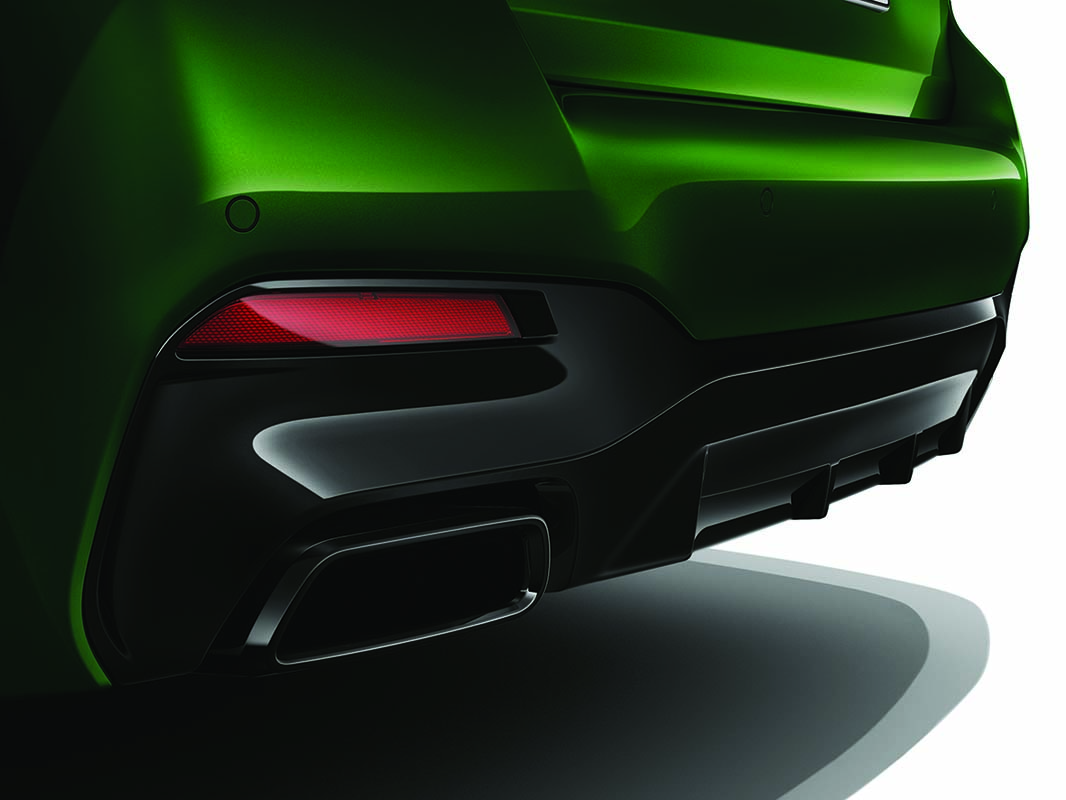 The cabin is finished in some nice material choices, particualry this optional Nappa leather with quilted finish on the backrest. The steering wheel has a good feel in the hands too and it matches the premiuness you expect.

Comfort for the driver is great and the range of seat adjustment is welcome for taller drivers, as well as the steering wheel adjustment. The rear seat is pretty good and with a child seat fitted there’s just enough room so that little legs are not kicking the back of the seat. Comfort on the second row is supportive too. 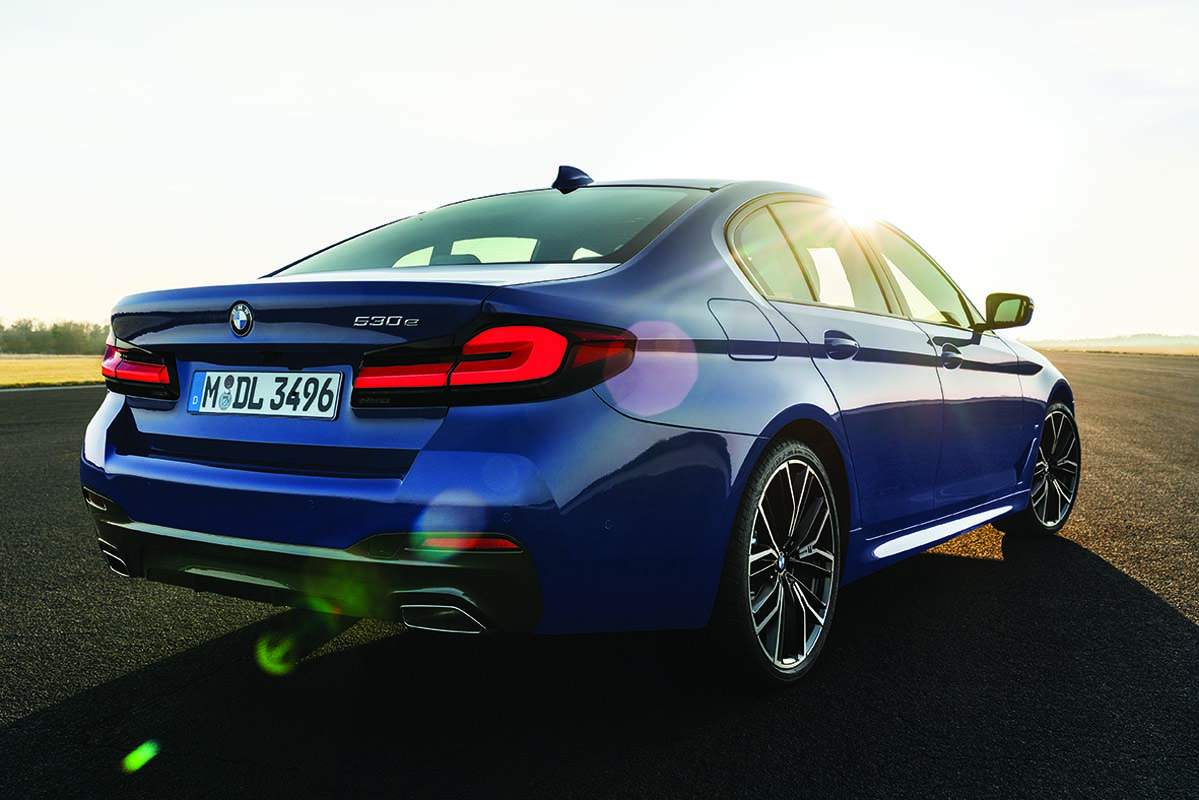 BMW’s 5 Series scored a full five-star ANCAP Rating in 2017 though it applies to the 520d only. However, given ANCAP’s trend to award different car models the same rating based on paperwork, the 530d would likely score equally as well (at least back in 2017). 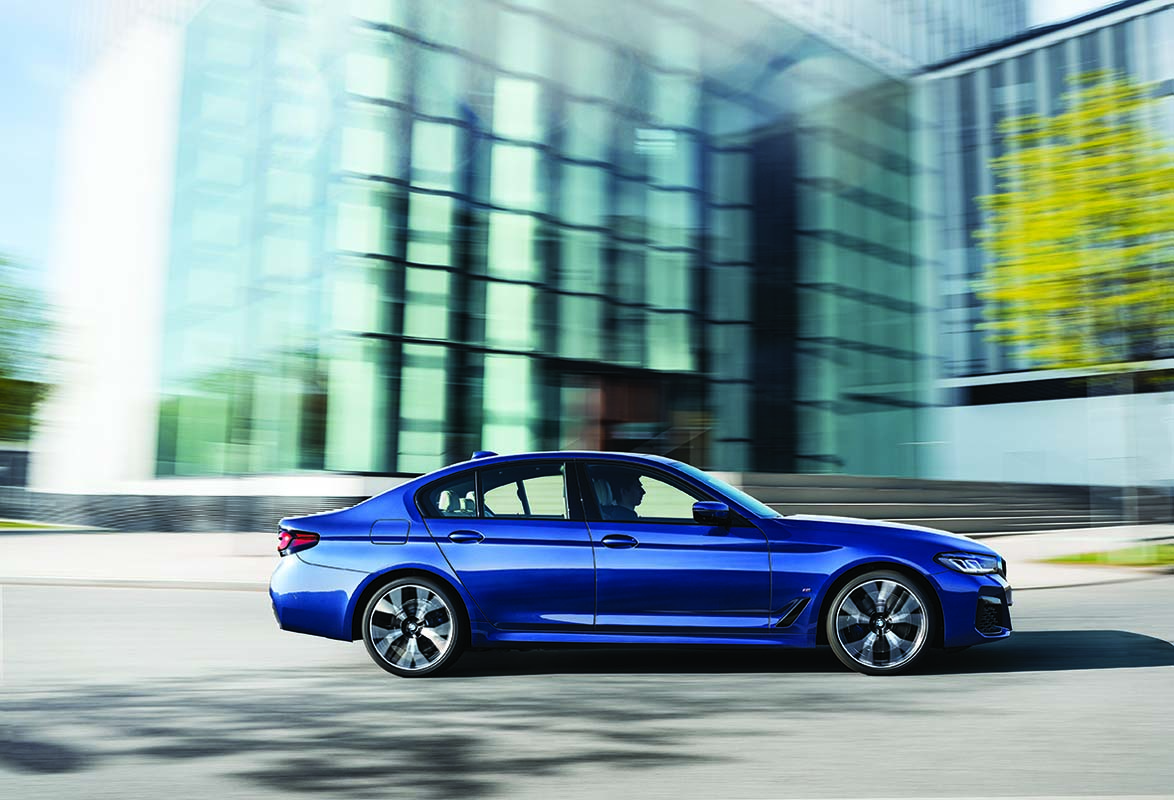 Measuring 12.3-inched across it is nice and big and the resolution is great. The standard iDrive software is mature now and has many internet-connected services, though that requires a BMW Connect account. It also features wireless Apple CarPlay and Android Auto and that brings great connectivity to a smartphone – there’s also a wireless phone charging pad. Control is via touch, the rotary controller or voice command, and they all work quickly and accurately. 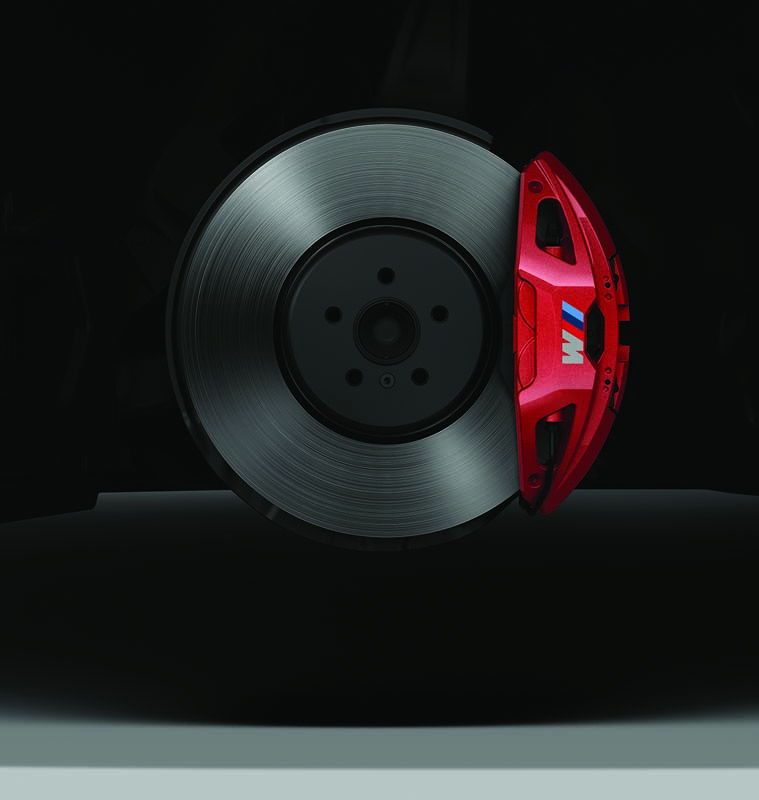 The DAB radio signal is strong and the sound quality is quite nice, the Harman Kardon system going loud but with great fidelity and definition.

For the driver, there’s also a 12.3-inch digital cluster screen that brings more information like navigation.

It’s big and there’s some good storage in the glovebox, centre console and door pockets. The area below the controls houses a phone and there are two USB ports. In the back, the boot is quite big with 530L space. 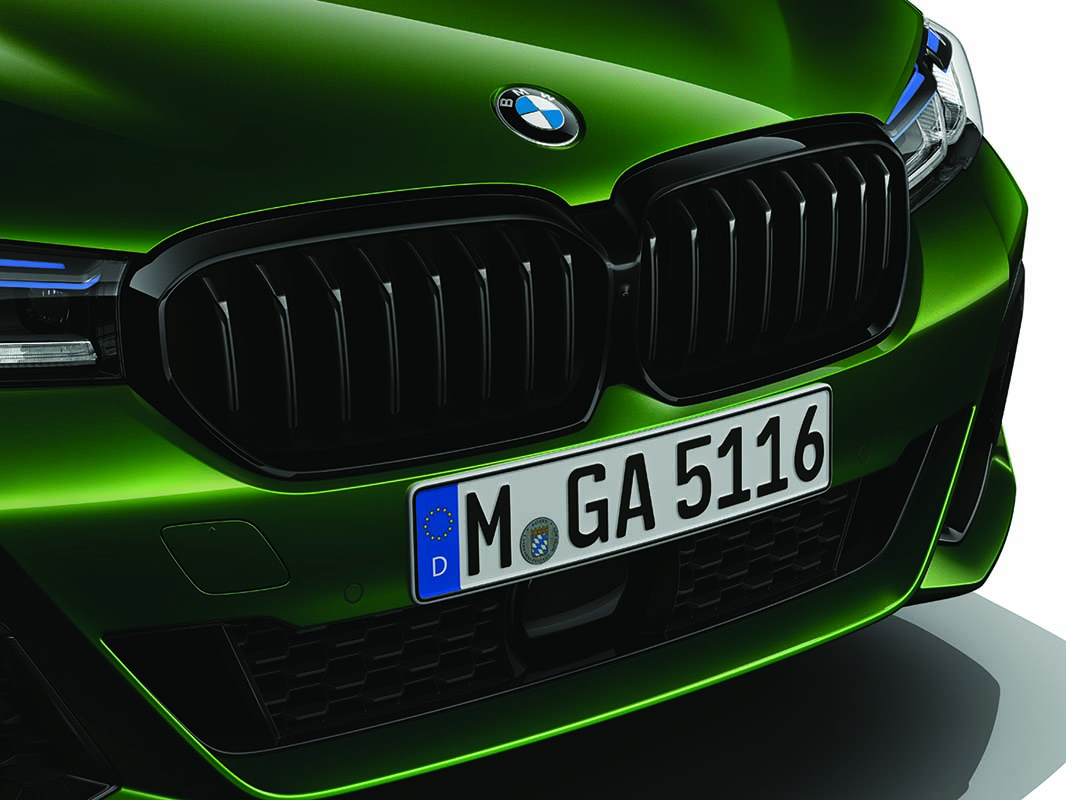 WHAT ENGINES ARE AVAILABLE?

The ‘B57’ engine is a 3.0-litre straight-six turbo-diesel producing 195kW of power and 620Nm of torque. All of that grunt goes through an eight-speed ZF automatic transmission to the rear wheels.

The 530d is heavier than the 540i’s petrol version, carrying 45kg extra, but it feels less weighed down upfront, perhaps a result of the engine position over the front axle. It also has a tremendous amount of torque, available early in the rev range, and doesn’t react down low like most diesels do. It makes a decent sound too.

WHAT ABOUT FUEL ECONOMY? 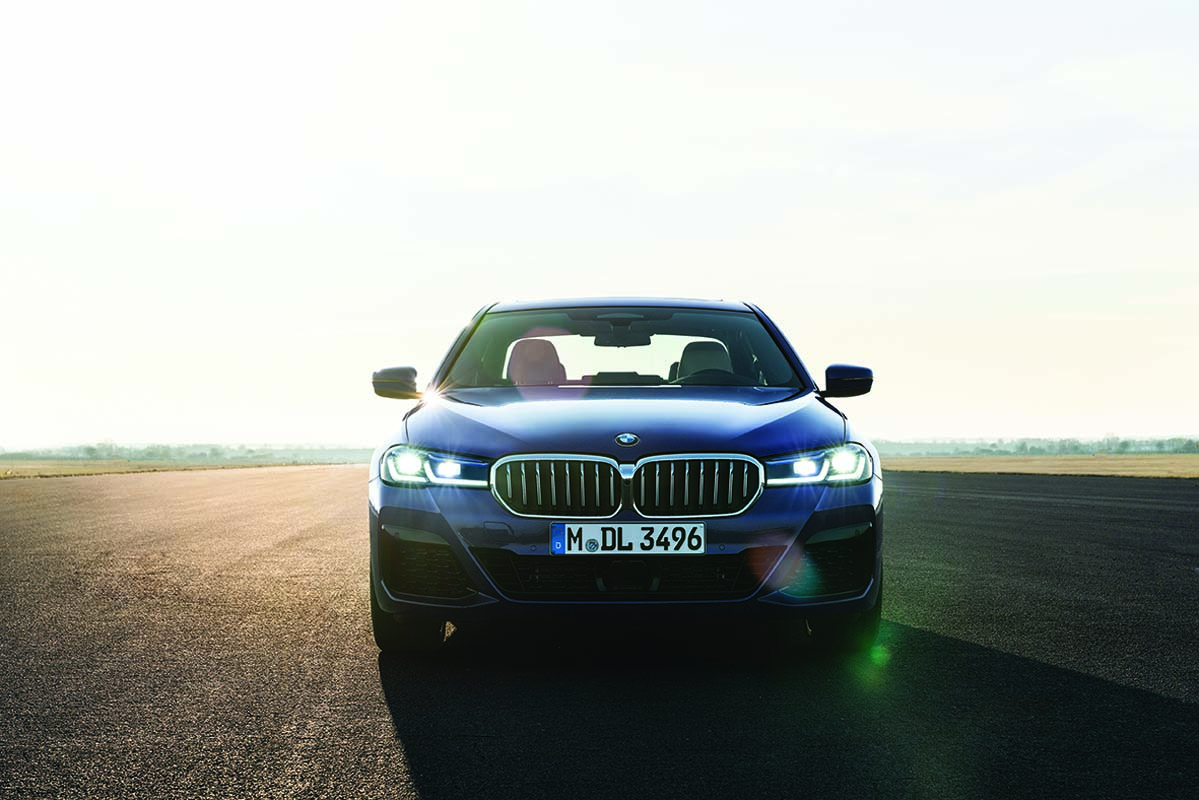 As you’d expect from an executive sedan the 5 Series loves lapping up highway miles and is smooth around town. The larger-engined cars like this 530d are also effortless with plenty of torque on tap and it helps with darting around traffic.

The 8-speed automatic is solid and in sports shift (move the stick to the left) it is sharp. The steering wheel-mounted shifters are nice units to use if you go fully manual, though gears won’t hold on too high up the rev range.

Three driving modes – eco, comfort and sport – adjust the car’s settings accordingly and in particular damping. In comfort, the large alloys wheels are surprisingly supple and complaint on rotten city roads and are working hard to keep a smooth ride on top. Despite it being ‘soft’ it handles well if you give it some stick too, and that’s helpful as Sport certainly increases firmness and introduces a more brittle edge over bumps and corrugations from the road surface.

The adaptive cruise and lane-keeping assistance functions use data from stereo cameras mounted outside the vehicle and make appropriate adjustments to steering and lane control and collision avoidance. There’s also active cruise control with stop and go, speed limit assists and other functions. 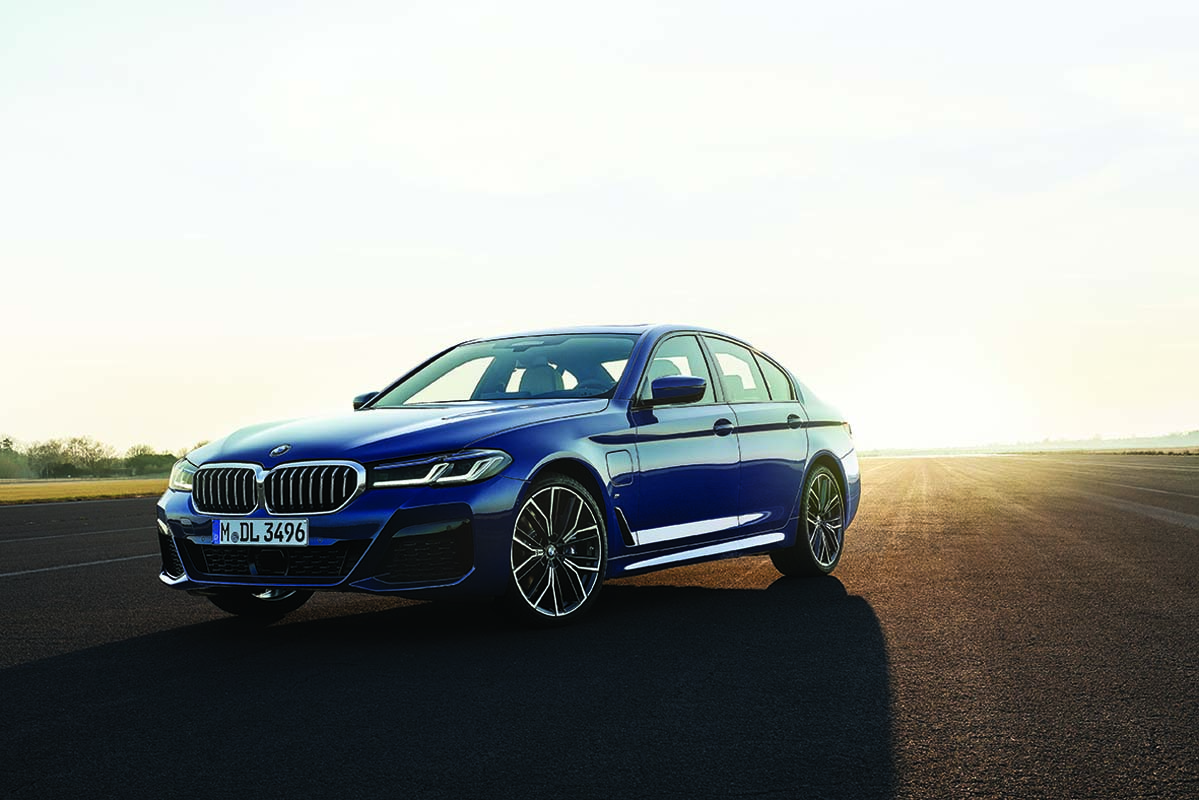 The ‘hands-off’ steering will operate for up to 30 seconds and active speed limit function also works as promised by adjusting its speed based on road traffic sign monitoring. It asks the driver if they want to accept the new speed and a click up or down of the wheel will accept. What is missing is the ability to adjust the speed before the sign is reached – such as entering a town from a 100km/h zone.

We quite enjoy the 530d in the 5 Series lineup though, of course, this black-on-black won’t be everyone’s cup of tea. Thankfully it looks good in many other combinations and the LCI updates bring some nice new styling points. But back to the meat of the 530d – the engine is a ripper and we hope that despite diesel motors becoming a rare breed, BMW continues to keep this drivetrain going well into the future.