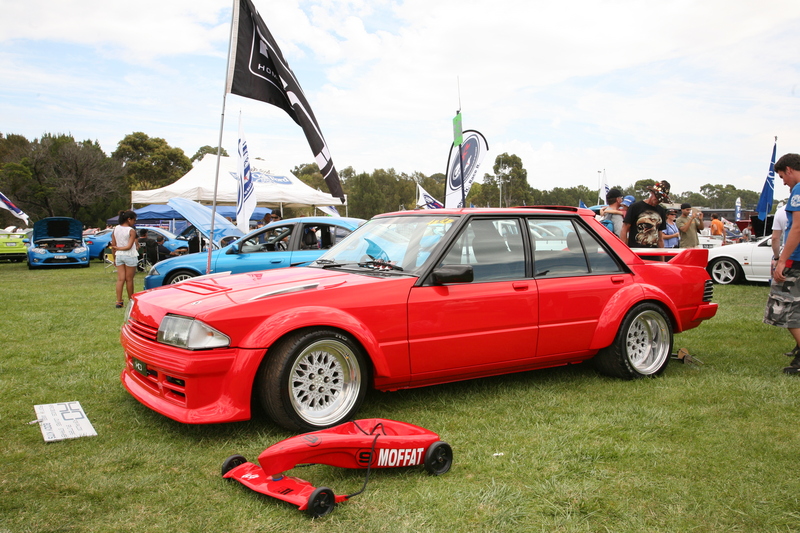 From 1970, Draper spent almost two decades in Ford Australia's design department, working on Falcons, Lasers, Telstars and more. A stint with Nissan Australia followed, while Draper later designed components for Audi, Mazda and a number of other manufacturers.

Draper's passion was best expressed through Homologated Options (H.O.), the business he started in 1978 to, initially, build the 'Phase 5' XD Falcon-based racecars. From there, H.O. grew into a dedicated custom performance shop, building modified Falcons to order.

Despite losing a number of cars and most of his possessions in the Black Saturday bushfires, Draper's tenacious spirit saw him resurrecting H.O. from the ashes, producing the same components, kits and upgrades that had already earned him many fans amongst Blue Oval performance enthusiasts.

Earlier this year, the car design guru's final project, the XE 'Phase 6' Falcon, was revealed as a special salute to Allan Moffat. The car was on display at the Geelong All Ford Day and a number of other events.

One of Draper's last public appearances was at Tarrawingee, (Victoria) in April, where he joined others in celebrating the 50th Anniversary of Allan Moffat's first race meeting.

JUST CARS extends its sympathies to Draper's family and friends.