Less than 200 of these machines were built in the early 1950s, and longtime motorsport enthusiast, entrant, Speed Trials competitor and vehicle restorer Graham Smith is one of the fortunate few to own one of these significant racing machines
The competition history of the Allard, and specifically the Allard J2, was brief but successful. Shortly after World War II, Sydney Allard created the British-built, American-engined sportscar template that many followed. The zenith of Allard's high performance machines was the 'J2'.

Less than 200 of these machines were built in the early 1950s, and longtime motorsport enthusiast, entrant, Speed Trials competitor and vehicle restorer Graham Smith is one of the fortunate few to own one of these significant racing machines. While any J2 is both important and valuable, Graham's is doubly so, as it has a highly sought-after powerplant and famous racing lineage.

Sydney Allard had been in the motor industry most of his adult life. Choosing to go into automobiles, when the family business was in construction, was something of a gamble for the young Allard, especially in the midst of the Great Depression. Buying a bankrupted Ford dealership in London kick-started Allard's motoring endeavours, with his motorsport endeavours following soon after. Early campaigns in a Morgan 3-wheeler were followed by British Fords, then 'Specials' of Allard's own manufacture, usually based on Ford running gear. Allard created the first car to bear his own name in 1935; a combination of Bugatti and Ford that reportedly didn't win any beauty contests but was quick! Allard's creation also featured a simple, yet effective independent front suspension that would be applied to his subsequent creations.

During World War II, Allard's was kept busy servicing and repairing military vehicles - usually Ford trucks - so he became intimately familiar with the Ford running gear, particularly the sidevalve (aka flathead) V8 engine. Soon after the cessation of hostilities, Allard resumed manufacture of customer cars that he'd started in 1939. These early creations were quite basic, but the post-War range included tourers and drophead coupes, as well as more competition-focused sportscars, all of which featured Ford V8 power. The 'J1' made its debut in 1946, but only a dozen were built, while the better-appointed K1, M1 and L-Type sold in greater numbers.

Upon its introduction in 1949, the J2, soon became the 'must have' machine for sports competition on both sides of the Atlantic. Lessons learnt with the J1 were developed to fit the J2. Coil springs on the split front axle improved handling, aided by a De Dion axle at the rear with inboard Al-Fin drum brakes. The J2's chassis was modified, and the lightweight aluminium body was stripped to the bare minimum, with cycle guards on the front wheels and tiny aero screens. However, the engine was where the J2 really impressed. Already capable of 160+ kph speeds in either 3.6 litre Ford or 4.0 litre Mercury V8-engined form, the fitting an Ardun overhead valve conversion substantially increased power. But there was an even more powerful option in the form of a 5.4 litre Cadillac V8. This modern (for 1949) overhead valve V8 produced around 170hp in stock form, but could be tuned to deliver much more.

Great Britain's import-export policy at the time meant that any local racer who wanted to run a J2 with the preferred Cadillac V8 couldn't just bring one in; he had to send it to the USA for the Cadillac to be fitted. The same applied to any Aussies who wanted a Cadillac-engined Allard. Those who did included Stan Jones, father of F1 champ Alan and "Gelignite Jack" Murray. Jones, who also owned the iconic 'Maybach' racer in the early post-War years, wasn't prepared to wait for a Cadillac-powered Allard to be shipped, so settled for a Ford V8. Somehow, Murray was able to secure a Cadillac-engined J2, which he entered in the 1952 Australian Grand Prix. Interestingly, that car is now in the possession of Ian McDonald, whose AUSCA sportscar was the subject of a previous JUST CARS Geelong Revival article.

Graham's ex-Stan Jones J2 was also previously owned by Ian, who campaigned it with a Chrysler Hemi V8. Other past owners included Tom Hawkes and Richard Ralph. Following the passing of Richard Ralph around 25 years ago, Graham purchased the car, and was in the fortunate position of being able to buy it when Allard prices were still reasonable.
"It was a funny period in Australia," Graham said of when he bought this significant vehicle. "Even though the car was worth a lot of money, no one in Australia was willing to buy it. Allards weren't like Ferraris. Most people in Australia didn't know what they were. It's only in the last ten years, probably, with a couple of the articles that have been in Just Cars, that people have gone 'Oh, that's an Allard!'"

Growing appreciation of the importance and rarity of Allard racers both here and overseas has seen prices skyrocket in the past decade, with low to mid six-figure sums common. A 1951 J2 with a period-incorrect 427ci V8 sold for US$243K last year, while another made US$308K in 2008. Examples with racing provenance attract even more.

After purchasing it, Graham was able to source and fit a Ford flathead V8 with Ardun overhead valve conversion. This was an option when new, and offered an alternative to those who were unable, or unwilling, to wait for a Cadillac V8.
"To make the Ford sidevalve sellable, Allard designed and worked with Alexander Duntov to develop the 'Ardun' head," Graham explained. "Ardun heads made the Ford sidevalve a full overhead (valve) Hemi. They removed the sidevalves, and ran pushrods through where the sidevalve was. Once the sidevalves were removed, it doesn't have Ford sidevalves on it anymore, it turns into this great big aluminium-headed Hemi."

Fitting the Ardun Ford V8 not only made Graham's J2 more historically accurate than with Chrysler Hemi, but also offered significant performance advantages over a stock Ford V8 sidevalve.
"I love that engine to death, but if you wanted an Allard that was quick, that would win historic races at Phillip Island and that sort of stuff, you'd really need the Cadillac," Graham added.

Graham's been fortunate enough to drive a Cadillac-engined version (Sydney Allard's own Le Mans car no less!), and describes the extra mumbo offered by the Caddy as seriously impressive.
"It's just huge. You've got no idea," Graham said of the Cadillac-engined J2 he raced at Laguna Seca. "After a 15-lap race, it will have cooked the rear tyres, and they were basically just molten rubber on the rims. So, on the last lap of 15 laps, you just have to feather the throttle, because it will just cook the tyres.
"It's unbelievable to have that sort of horsepower in an Allard - and totally drivable! There is a lot of difference between the actual horsepower they've got."

In the early 1950s, only Ferraris and Maseratis could beat a J2. Graham reckons that with further development, the Allard could have been competitive for much longer.
"As per most British manufacturers, when they make something good, they then never modify it," Graham said of Allard's 'lost opportunity'. "They try and run that for the next ten years, and it doesn't work. Whereas with Ferrari, they ended up with independent A-arms, and then it ended up with discs, and then it ended up with a modification every three months. But the British, for some unknown reason, once they made it they thought it would be good for ten years.
"So the J2 was an awesome car in 1950, and then almost went backwards because (Allard) never modified it. But for 1950, it was an awesome car. Absolutely fantastic to drive. It's even weighted front to rear. So, actual corner weights, is 210kg a wheel. It's got 12 inch Al-Fin brakes all round, so, it actually stops well - until you overheat the brakes!" Graham added.

After purchasing it, Graham ran the Allard at every Geelong Speed Trials he could until the event folded in 2003. With its light weight (around 900kg), the J2 either won or ran second in class every time. With the Chrysler Hemi still fitted, the J2 was capable of around 220kph on Phillip Island's Gardner Straight, so it cleaned up at circuit events, too, but CAMS decreed that the car should be running an engine more befitting the period, which led to Graham's fitting of the Ardun Ford V8.
"CAMS said, 'Look, this isn't good. We'd really like you to put the car back to what it was.' And I sort of agreed with them," Graham said.
"It really is a part of Australian motoring history. It raced in the Australian Grand Prix, (so) it should be back as it is here."

While some racecars are a nightmare to drive on the road, Graham described the Allard as almost the opposite, so much so that he takes it out regularly to stretch its legs between competition outings.
"We drive it down to Lorne for a counter lunch. Even though it's built as a race car, and it does rattle and shake a bit, and the clutch is a bit nasty, but it's just got character coming out of every part of it.
"To drive it down the Ocean Road, you really only use third and top. And same thing to race it at Winton, I only use second, third and fourth, never use first, because it's just got balls like you wouldn't believe!"

A longtime Speed Trials participant, Graham has fond memories of the event, and rates the runs of some of the open wheelers amongst his highlights of the event.
"Bib Stilwell's (Brabham BT31) was probably the most impressive thing I've seen. That car being there and the sound of it - that's the sort of stuff I like. That Formula 1 howl, and seeing cars of that look going past, that's cool.
"The fifties muscle cars are good, like Allards and the Fifties V8s. But they're all good to watch when you're having a cup of coffee. I'd still like to see all the cars there."

Given the amount of enjoyment he's got out of past runs at the Speed Trials, it's hardly surprising to hear that Graham's looking forward to campaigning the Allard, along with a few other toys, on the Ritchie Boulevard waterfront course once again.
"Ever since I've had it, (the Allard) has been to every Speed Trials that's been on. It's always performed well," Graham said. "There's sometimes been a car that's turned up - just a chassis rails and engine - some sort of special that's fairly quick. That sometimes does fairly well. But that's half the fun, turning up and just having a go." 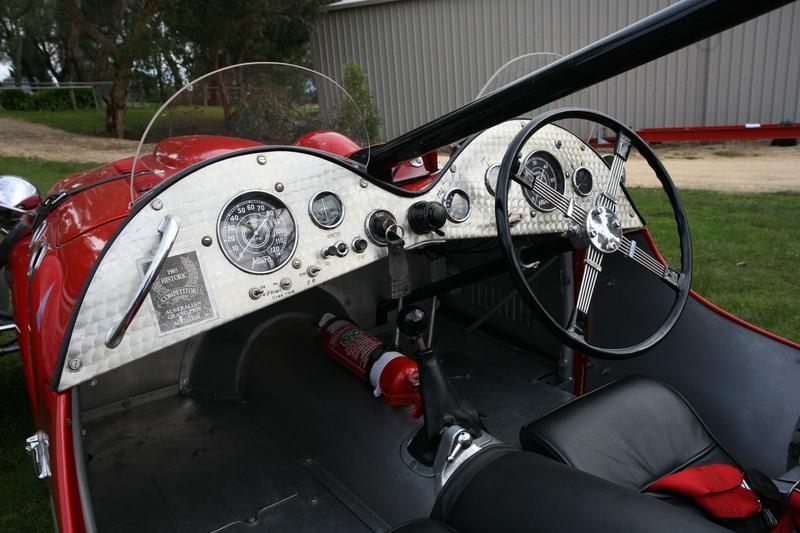 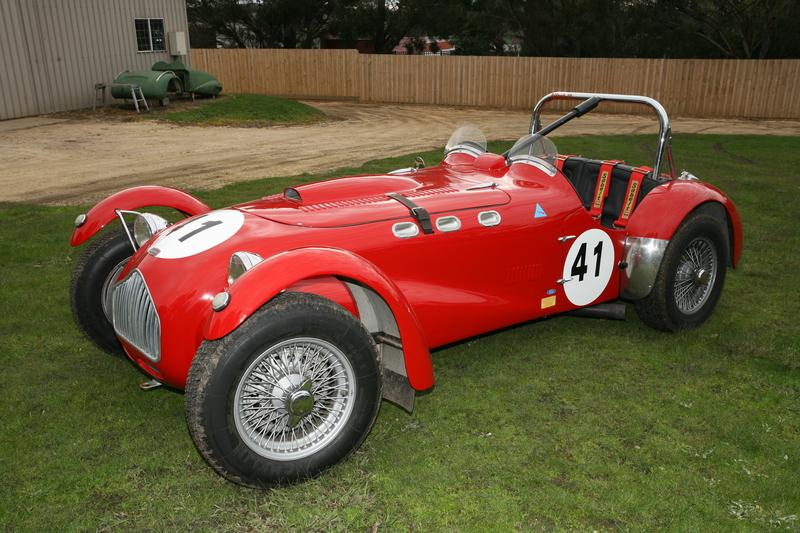 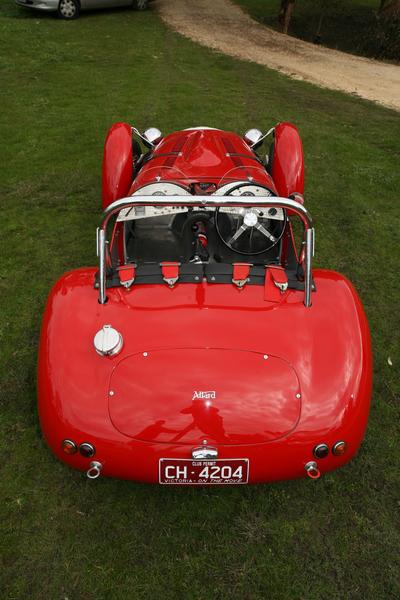 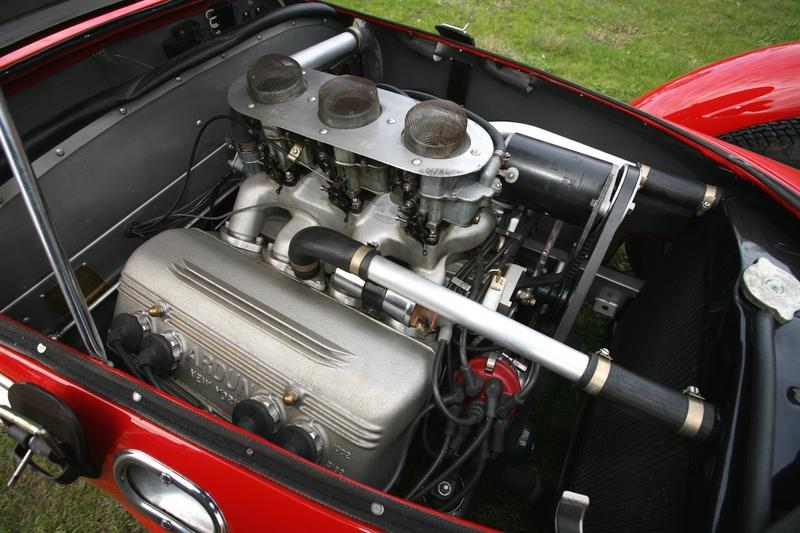 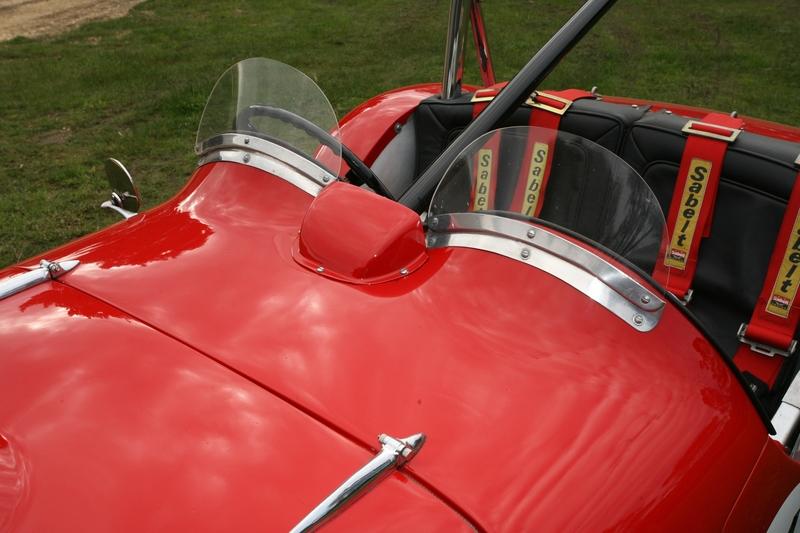 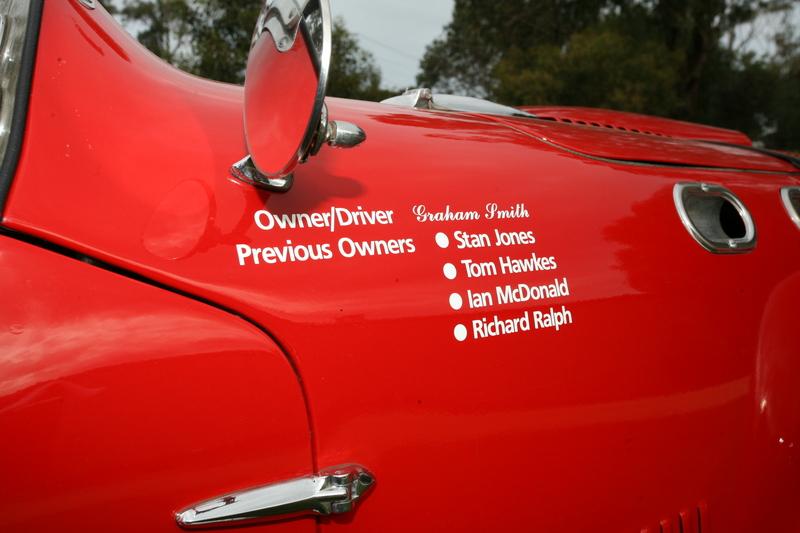